Photo of the Day: Up N Smoke 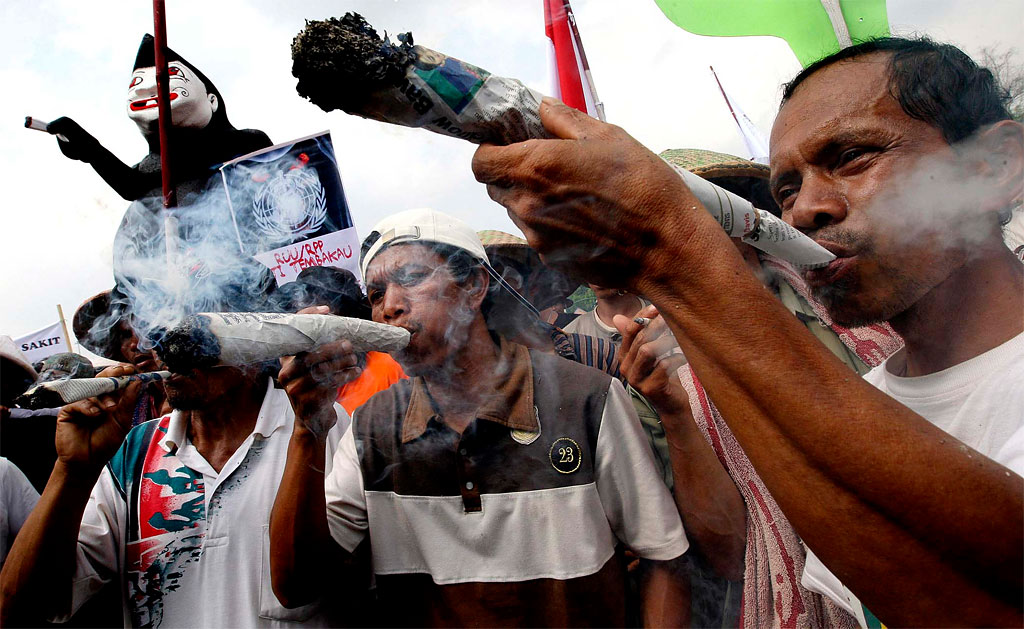 Tobacco farmers smoke giant homemade cigarettes during a protest against a bill on stricter tobacco control outside the presidential palace in Jakarta, Indonesia at July, 13. Hundreds of farmers staged the protest claiming that the bill that would ban cigarette advertising and sponsorship, prohibit smoking in public, and add graphic images to packaging would lead to massive losses of jobs that would affect thousands of farmers and their families in Indonesia, the world’s third-largest tobacco consumer. (Dita Alangkara/Associated Press) Zoom.