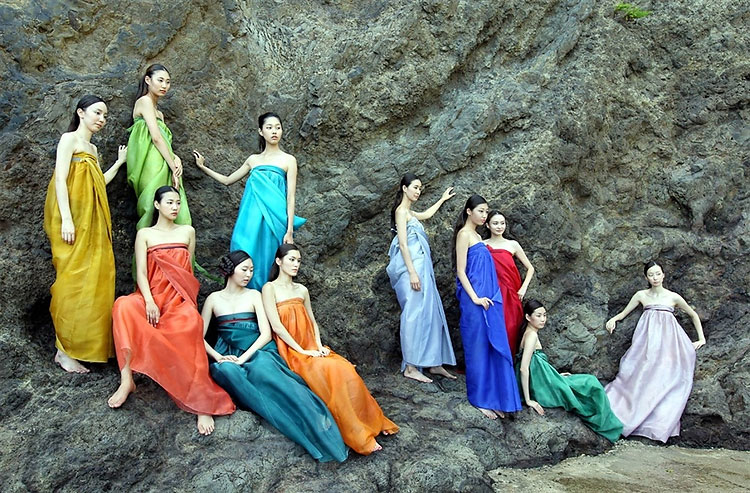 South Korean models in traditional outfits pose during a fashion show on Ulleung island on August 10. The show aimed to promote the country’s sovereignty over the nearby islets of Dokdo, which are claimed by both South Korea and Japan. (Kim Mi-Ock / AFP – Getty Images) 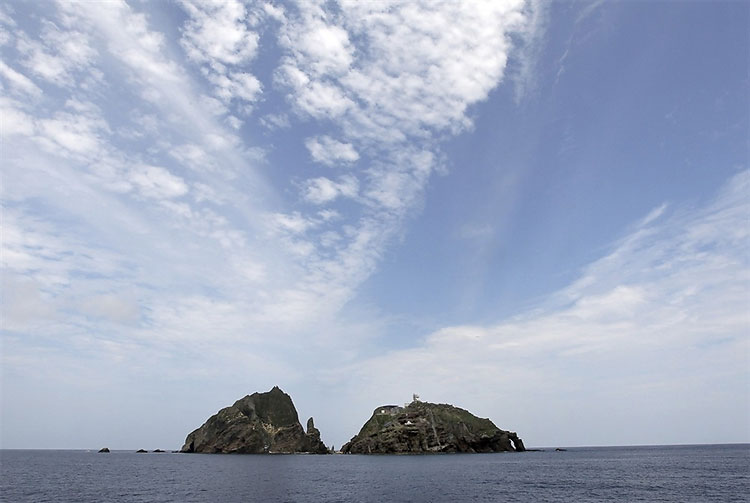 The Dokdo islets, as they are known in South Korea. Japan, which also claims them as part of its territory, calls them Takeshima. (Lee Sang-hak / Yonhap via Reuters)