5 Tallest Buildings in the World

We take a look at the world’s tallest buildings, taking into account a building’s roof height or spire height. We did not include the building’s antenna height. Using this method, the Petronas Towers appear taller than Chicago’s Willis Tower, which in-fact has more floors than the Petronas Towers.

According to Skycraperspage.com, we have listed the five building from tallest to shortest.

By 2010 it is predicted that the Burj Khalifa will still be the tallest building in the world with 168 floors and a spire of 828m. Following it will be the Pingan International Finance Center and the Shanghai Tower, both located in China.

After the Shanghai Tower, the Makkah Royal Clock Tower Hotel in Mecca, Saudi Arabia, is slated to be the fourth tallest with a spire of 601m. And in 2015, New York City will stand tall and proud with its new One World Trade Center building, consisting of 105 floors with a spire of 541.3m, making it the 5th tallest building in the world.

Despite the current economic downturn, the world of architecture won’t be slowing down in 2015. The India Tower in Mumbai is slated to be the world’s tallest building in 2016 according to Infrastructurist.com. 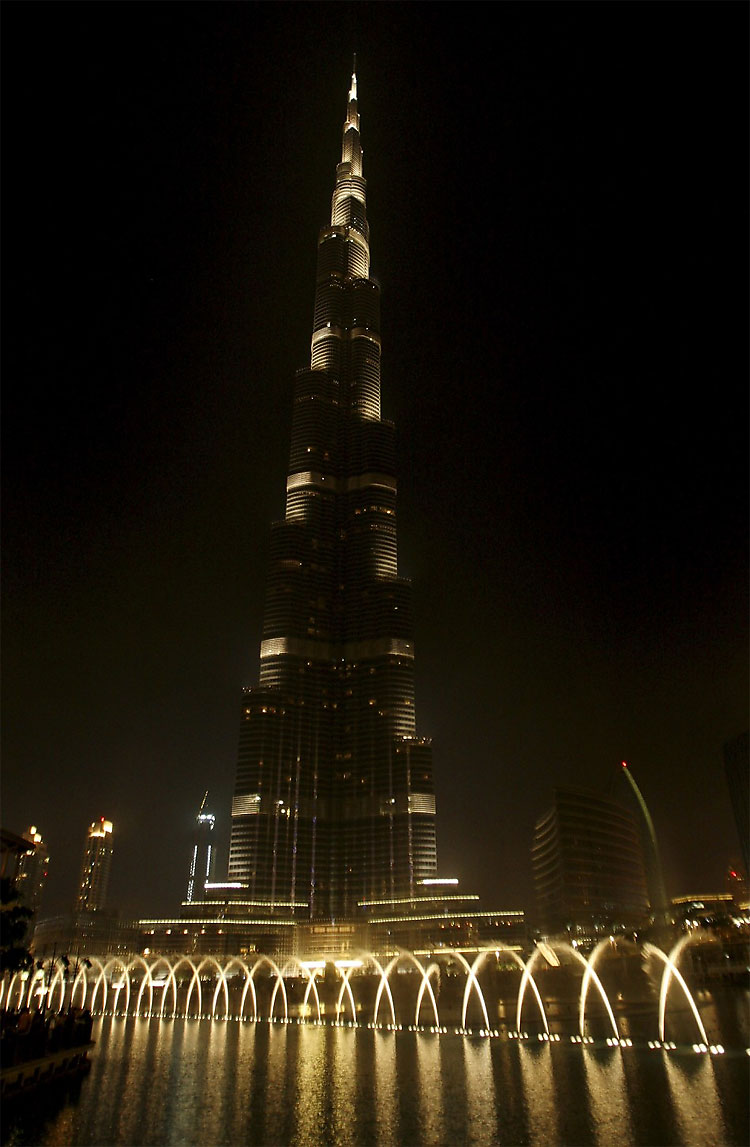 One of the world’s largest musical fountains “The Dubai Fountain” is seen at the Burj Khalifa April 1, 2011. Regional turmoil is creating an unexpected boom for Dubai as tourists and businessmen flock once again to the shopping and skyscraper oasis after fleeing just a few years ago in the wake of its spectacular debt debacle. (REUTERS/Jumanah El-Heloueh) 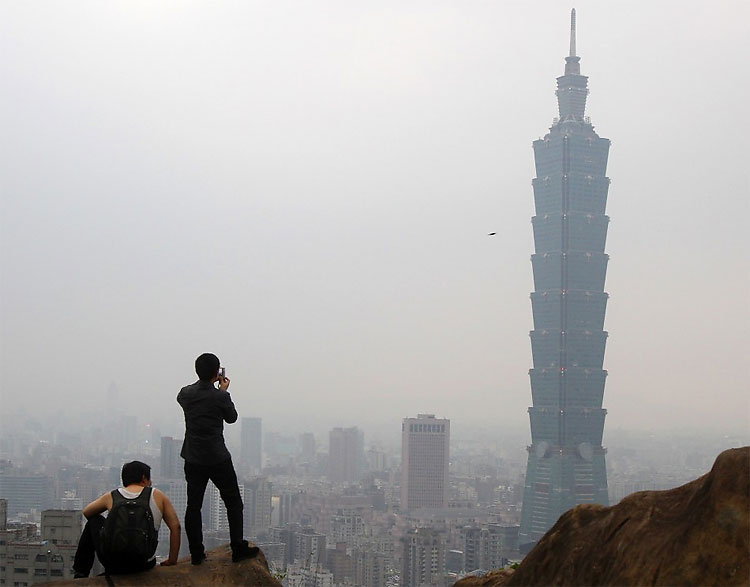 Men look at the Taipei 101 building from Elephant Mountain in Taipei. (REUTERS/Pichi Chuang) 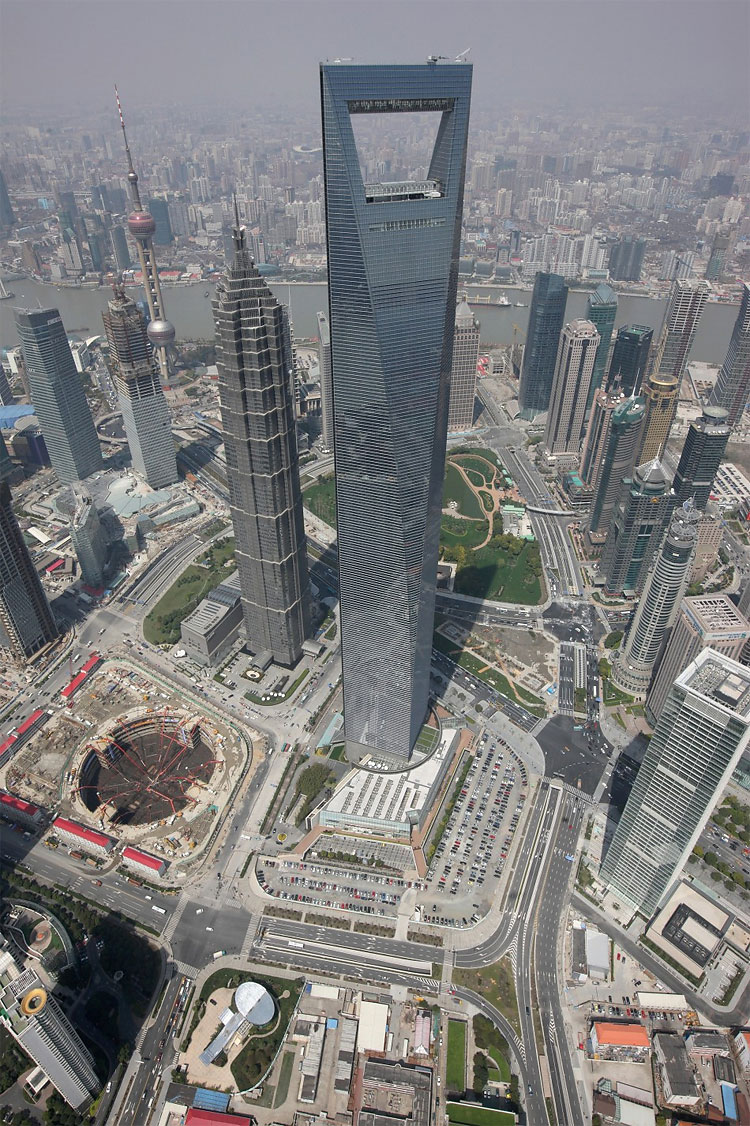 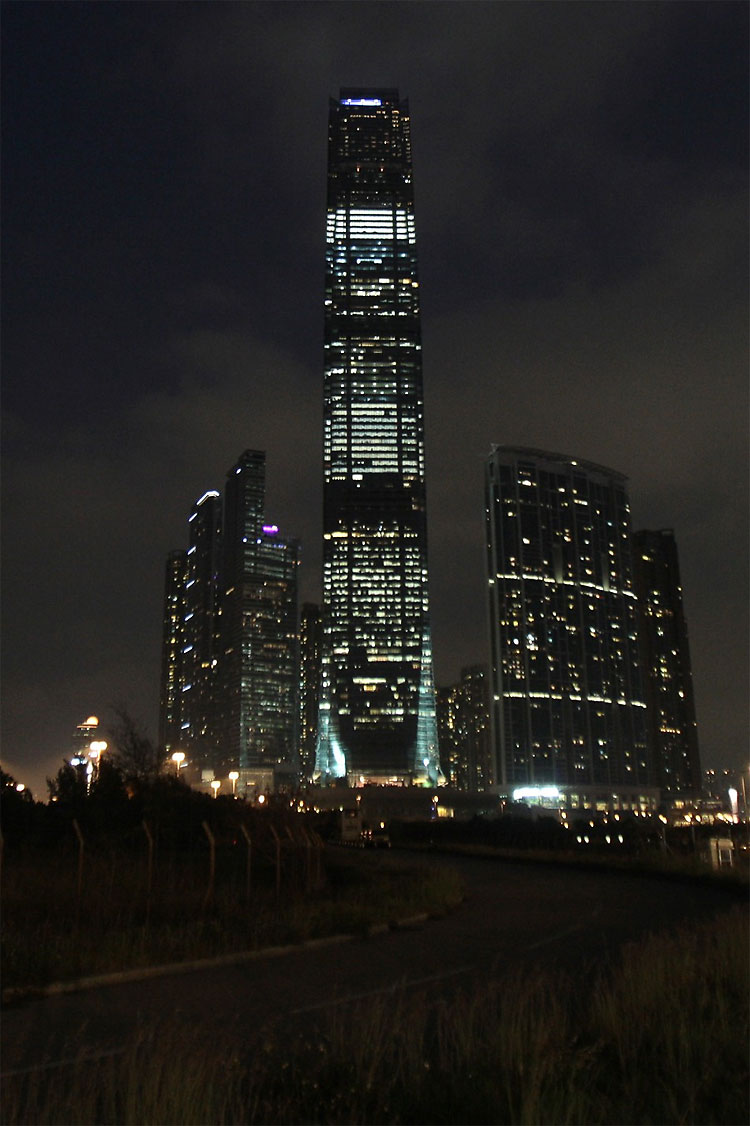 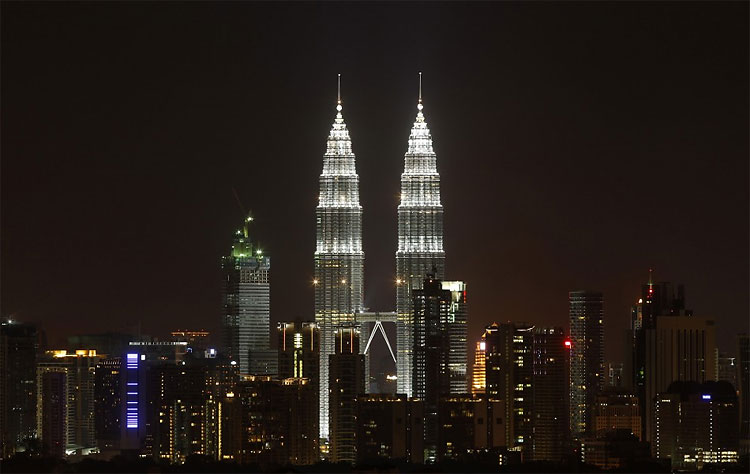 The Petronas Twin Towers in Kuala Lumpur are pictured before lights were turned off for Earth Hour. (REUTERS/Bazuki Muhammad)

"Eighth Wonder Of The World": The Sacred Orthodox Rock Church Of Saint George In Lalibela, Ethiopia
An Abandoned Indonesian Church Shaped Like a Massive Clucking Chicken
These Playhouses Are Inspired By Japanese Architecture
This Bookstore In Chinese City Of Suzhou Becomes A Wonderland
Incredible Photographs From The Construction Of The Forth Railway Bridge, A 19th Century Engineering Marvel
The Interior of the Fourviere Basilica in Lyon
This 200-Year-Old Unremarkable House Will Surely Surprise You
Surreal Architectural Collages By Beomsik Won
Scenic London: A Pre-Olympics Look
Most Expensive Home in the World has 27 Floors, Ocean and Slum Views
Urbanization in Medellin, Colombia
3D Printed Cylinders Tower Over Mars Surface In Latest Design For Habitat Challenge
Man Cave With a View
Amazing Modern Stairs In A Medieval Tower In Denmark
Architectural Metaamorphosis
Impressive Examples of Soviet Brutalism in Architecture
China Opens “Hello Kitty” Theme Park but it Cost $325M to Build
A Soviet-Era Museum In Kyrgyzstan, Built Into The Side Of A Mountain Containing over 33,000 Archeological Artifacts
Epic Stair Design Fails That May Result In Some Serious Injuries
MVRDV Architecture Bureau for the China Comic and Animation Museum
That’s The Kind Of House You Don’t Get To See Everyday
Microsoft Headquarters in Vienna, Austria
LEGO Architecture Studio
Reading Between the Lines by Gijs Van Vaerenbergh
16 Best Architecture Photos of the Year
Impressive Conceptual Architecture And Art Projects By Michael Jantzen
Megaupload Boss Kim "Dotcom" Schmitz's $30 Million Mansion and Luxury Cars
Historical Photos Of The World’s Most Iconic Landmarks Before They Were Finished
Playscraper, a Skyscraper Composed of Tennis Courts
Architects Create Concept Prison Ship That Can Hold 3,300 Tax-Avoiders In Game Of Thrones-Style 'Sky Cells'
buildings, tallest, world