Apple Inc’s latest iPhone 4S sales in stores began in Japan, Australia, France, UK, Germany, Canada and the United States on Friday, with fans snapping up the final gadget unveiled during Steve Jobs’ lifetime. Many fans bought the phone as a tribute to the former Apple boss, Reuters reports.

Hundreds of fans queued around city blocks in Tokyo to be the first to get their hands on the iPhone 4S, which looks similar to the previous iPhone 4 but has a better camera, faster processor and well-received voice activated software. (IBITimes) 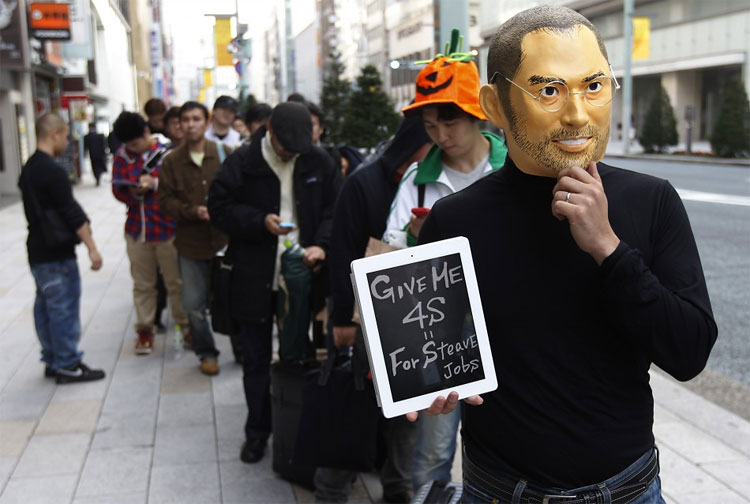 A man wearing a mask of Apple founder Steve Jobs stands in a line to buy an iPhone 4S in front of an Apple Store in Tokyo October 14, 2011. (Reuters) 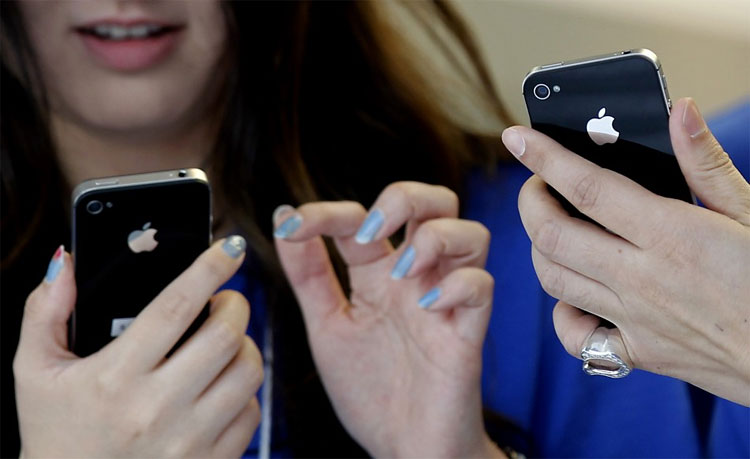 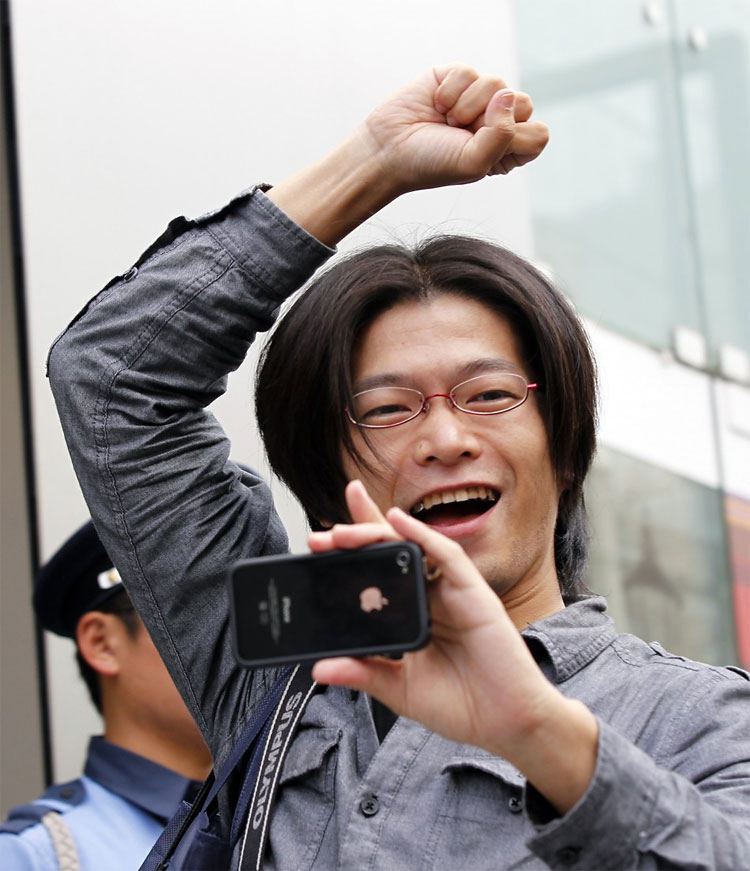 A man reacts as he enters an Apple store to buy iPhone 4S in Tokyo October 14, 2011. (REUTERS/Kim Kyung Hoon) 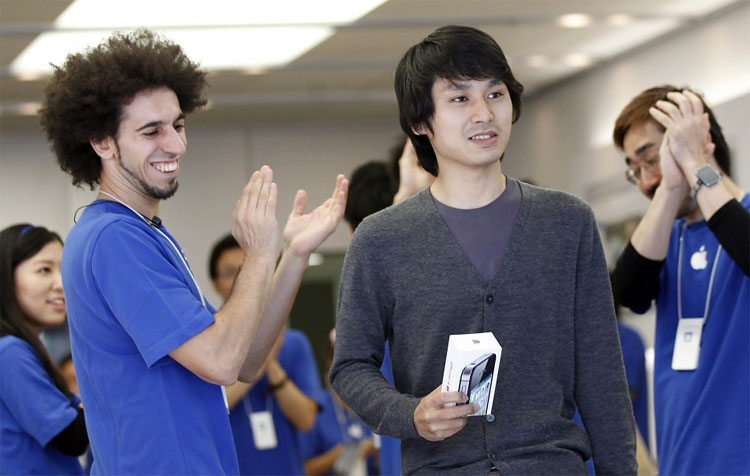 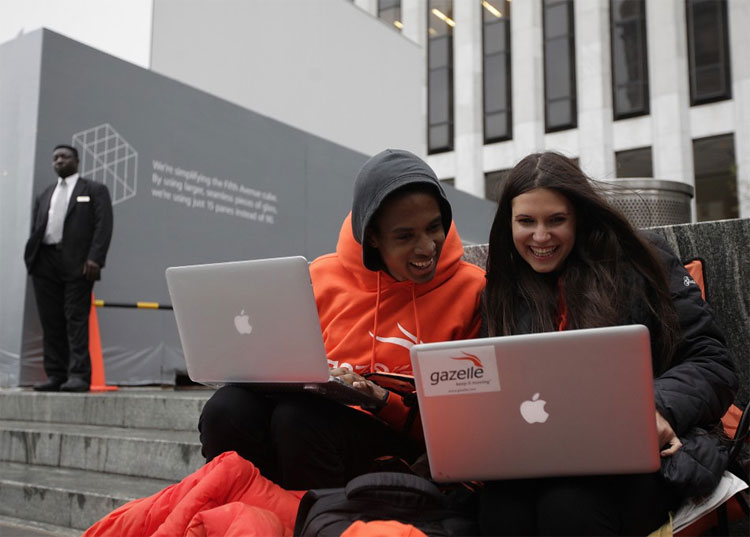 Keenen Thompson and Jessica Mellow (R) surf the web while waiting in line to buy an iPhone 4S at the Apple Store on 5th Avenue in New York, October 13, 2011. (REUTERS/Brendan McDermid) 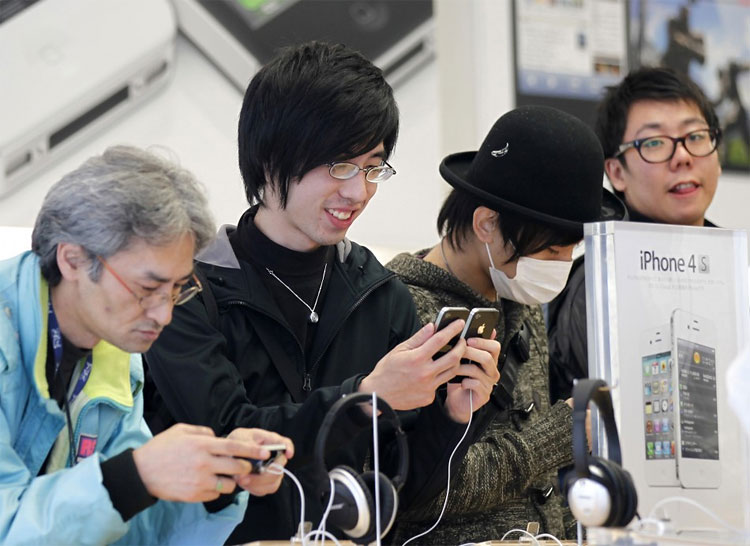 Customers try iPhone 4S before purchasing them at an Apple Store in Tokyo October 14, 2011. (Reuters) 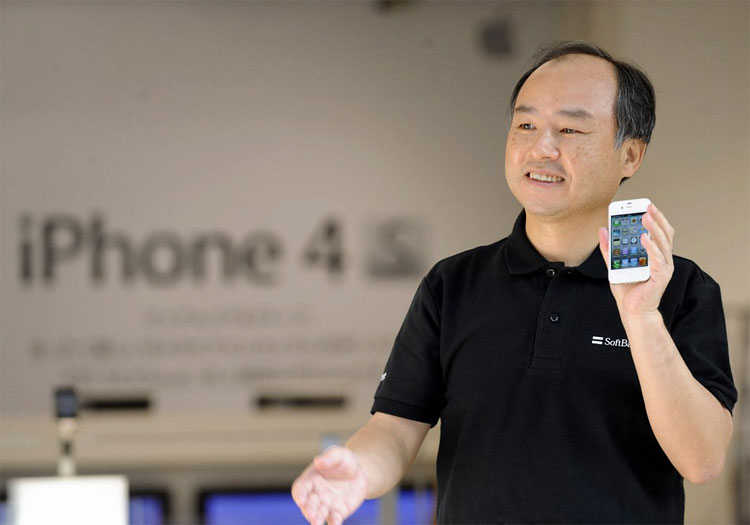 Masayoshi Son, chief executive officer of Softbank Mobile Corp., attends a ceremony marking the launch of the iPhone 4S at one of the company’s outlets in Tokyo’s Shibuya district in this photo taken by Kyodo on October 14, 2011. (Reuters)