A cursory glance at the red-looped tower next to the Olympic Stadium and you could be forgiven for mistaking it as one of Tim Burton’s film sets. However, the sculpture – the ArcleorMittal Orbit – is now the UK’s tallest sculpture, after construction was recently completed.

Standing 375 feets (114.5 meters) tall, the sculpture was completed on Friday, when the final steel loop was put into place. Created at a whopping £22.7 million, the ArcelorMittal Orbit was designed by Turner Prize-winning artist Anish Kapoor and structural designer Cecil Balmond. A tangled steel lattice incorporating the five Olympic rings, it is hoped the tower will attract one million visitors a year to Stratford’s Olympic Park, reported the BBC. 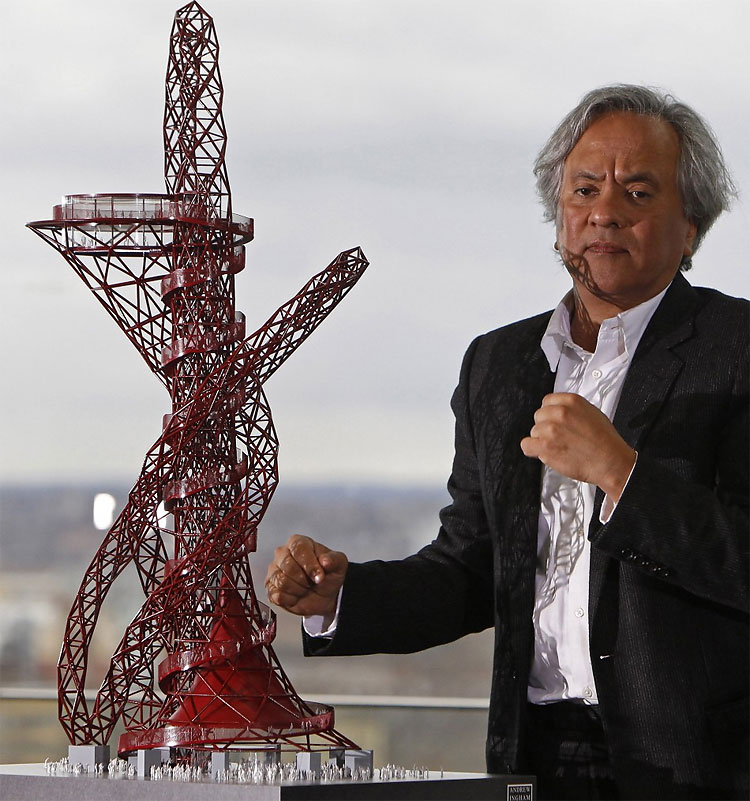 British artist Anish Kapoor unveils a scale model of his design, the “ArcelorMittal Orbit”, which is due to be installed in the Olympic Park as part of London’s 2012 Olympic Games, in London. (REUTERS / Stefan Wermuth) 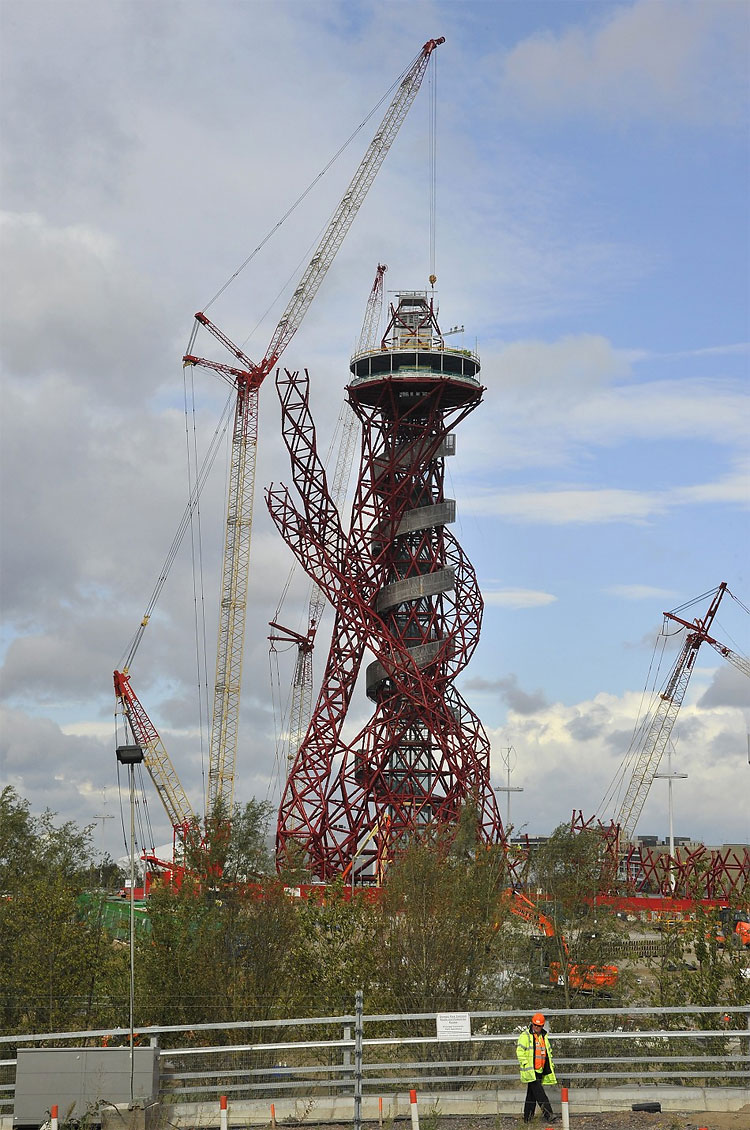 A construction worker passes near the Anish Kapoor-designed ArcelorMittal Orbit tower at the Olympic site at Stratford in east London, on October 7, 2011. The tower will be Britain’s largest piece of public art and is intended to form part of the legacy of the 2012 London Olympic Games. (REUTERS / Toby Melville) 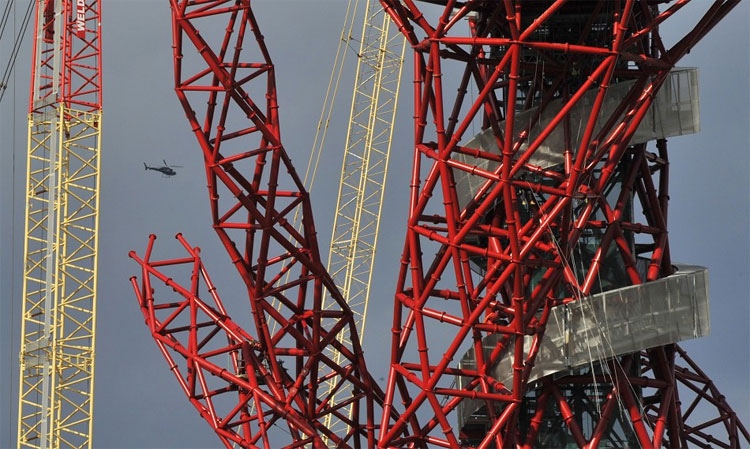 A helicopter flies near the Anish Kapoor-designed ArcelorMittal Orbit tower at the Olympic site at Stratford in east London, on October 7, 2011. (REUTERS / Toby Melville)