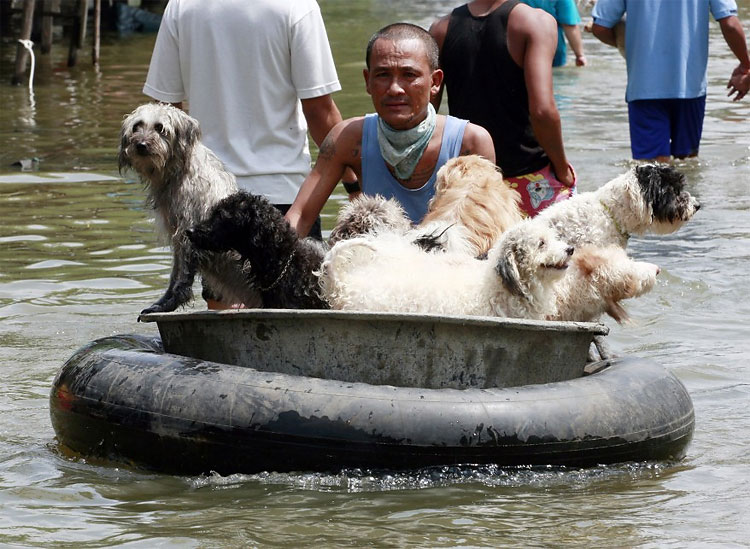 A man transports dogs on a raft made of inner tube during an evacuation after floods hit his village in Ayutthaya province, central Thailand. (AP) 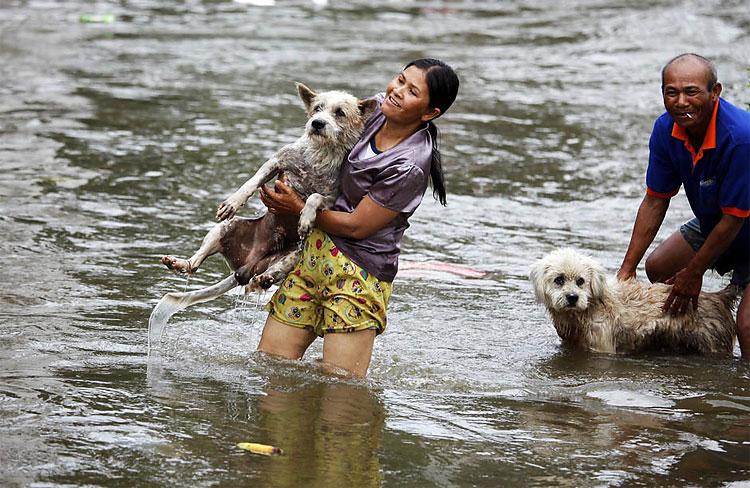 People carry their dogs through a flooded and evacuated neighborhood near Nawa Nakhon industrial estate in Pathum Thani province, suburb of Bangkok October 18, 2011. Thailand’s cabinet met on Tuesday to discuss the mounting economic cost of floods that have killed 315 people, and residents of Bangkok were told not to drop their guard even if the immediate danger to the capital had passed. (REUTERS/Damir Sagolj) 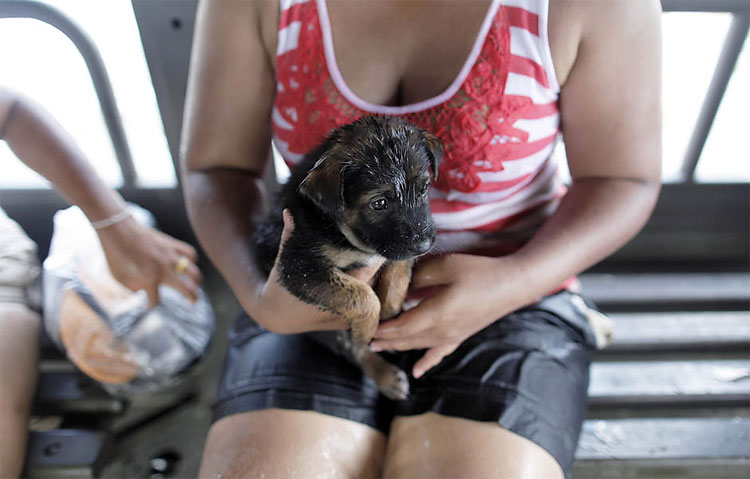 A puppy found in flooded area is taken onto a military truck evacuating workers and residents from the Nava Nakorn industrial estate in Pathum Thani province, suburb of Bangkok October 18, 2011. (REUTERS/Damir Sagolj)