If Superbarrio Not Exist, Would Have To Invent 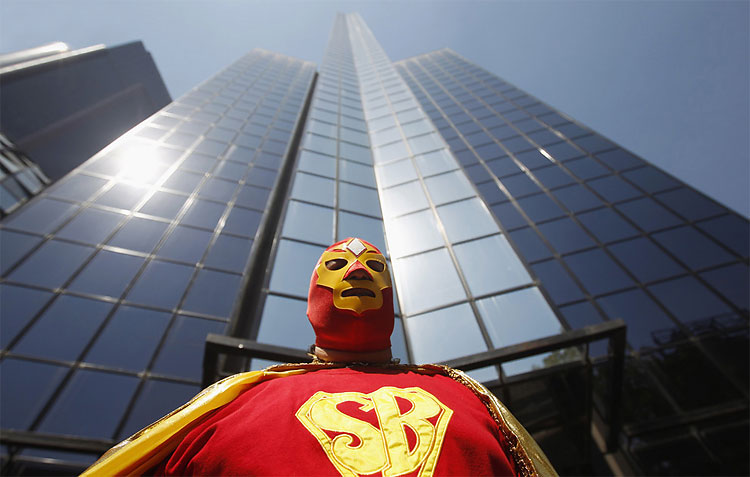 A popular Mexican social activist known as Superbarrio, claiming to seek to improve the financial situation of the working class and the poor and homeless, stands outside the Stock Exchange building in Mexico City October 20, 2011. Superbarrio and members of the Occupy Together movement stuck a banner, reading Closed in Spanish, outside the building during a protest against economic inequality, according to local media. (REUTERS/Carlos Jasso) 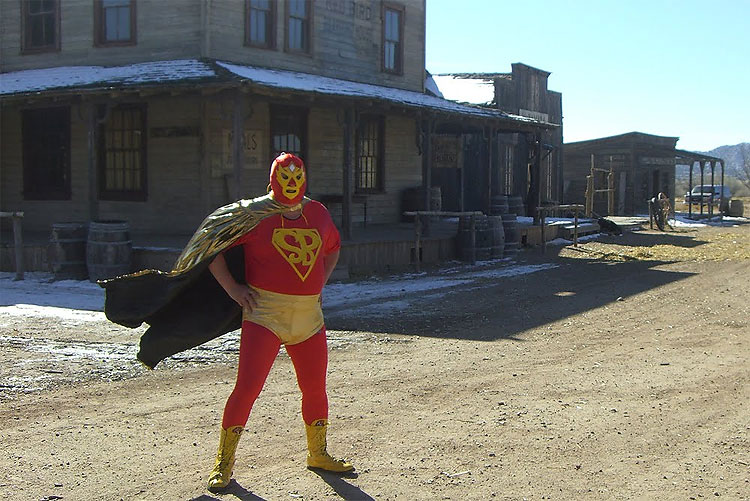 Superbarrio was in Mexico a true hero, but it took a superhero to give more visibility to their actions. It became a support for social causes and his direct participation in political and social life of Mexico City sought to influence decision making. He had the support of intellectuals and left part of the country. Between 1985 and 1995 had thousands of interventions and a role active in Mexican life. The media continued to detail the actions of this man disguised as a hero with a mask layer used as a fighter in their activities as Superbarrio.