Village in the Sky: China’s Richest Village Now has its Own Skyscraper

Rising up from the flat plains around it like an enormous, triple-hulled rocket and topped with what can only be described as a giant gold golf ball, Huaxi’s 1,076 ft-tall “New Village in the Sky” officially opened on October 8, making Huaxi, about an hour’s drive from Shanghai, the only rural village in the world with its own skyscraper.

But then Huaxi is no ordinary village — it is an extraordinary example of China’s schizophrenic blend of communism and capitalism: a centrally-planned utopia where collectivism has made everyone not just equal, but rich as well.

The village’s 4.5 billion dollars of assets and investments, which include a one-ton solid-gold water buffalo and two shiny new helicopters, are publicly-owned and each year, one-fifth of the village’s post-tax profits are shared out in an annual bonus. 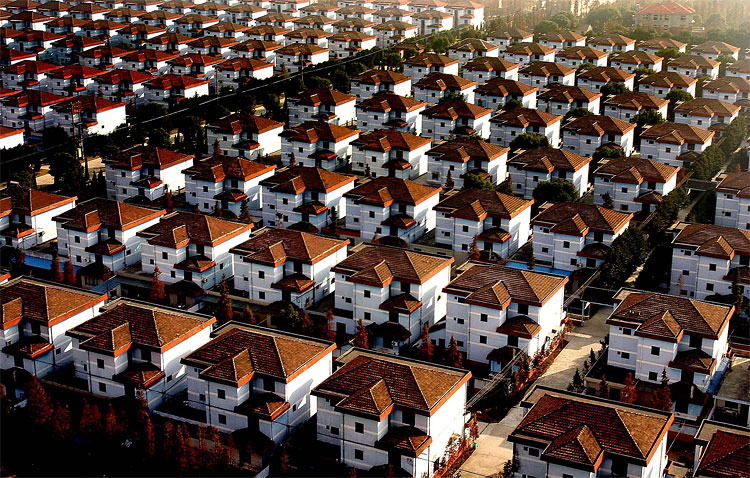 The “richest village in China” emerged in the 1980’s as a symbol of China’s rural economic growth. (Goh Chai Hin/AFP/Getty Images) 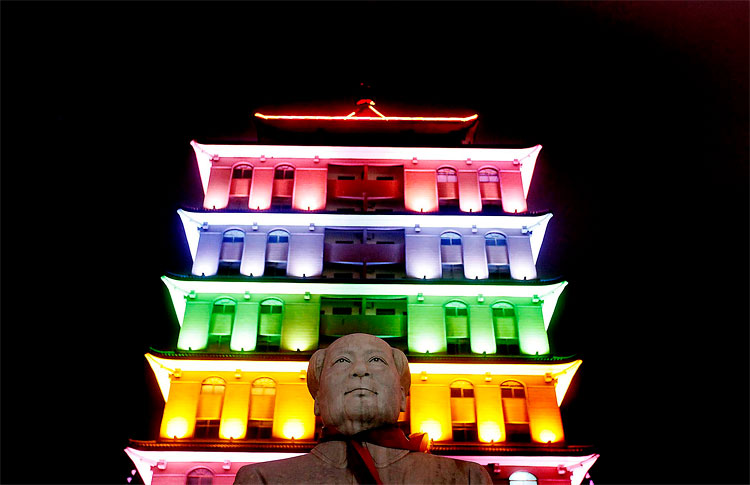 A statue of Mao Zedong stands in front of an illuminated pagoda-shape building in Huaxi. (Eugene Hoshiko/Associated Press) 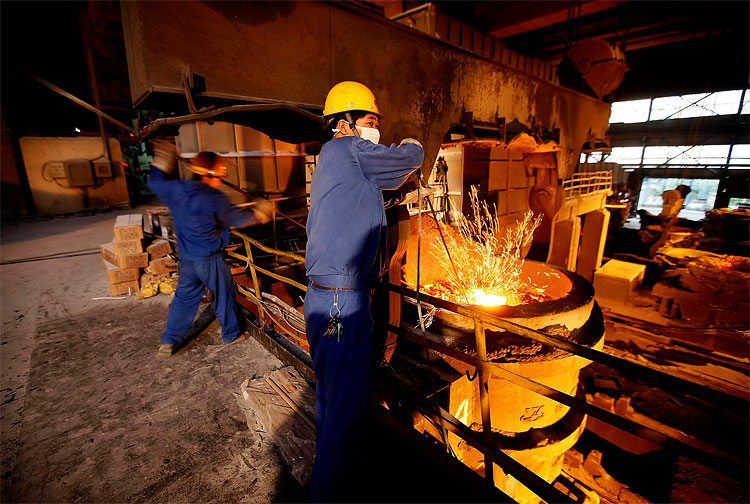 Laborers work at the Huaxi No. 2 steel and iron construction material company in Huaxi. The village’s phenomenal success followed its move from agriculture to industry. (Eugene Hoshiko/Associated Press) 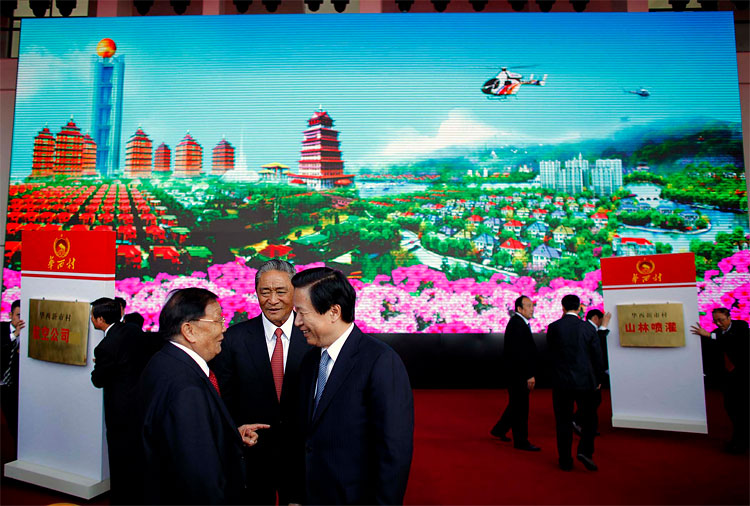 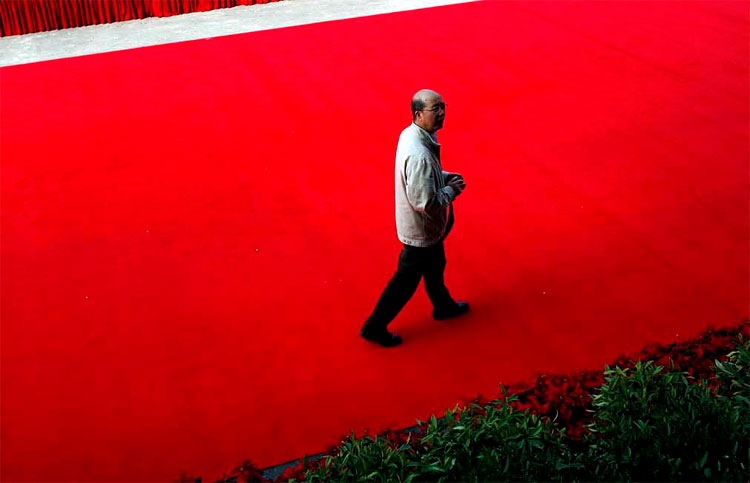 A man arrives at the inauguration ceremony, attended by hundreds of invited guests and villagers. (Carlos Barria /Reuters) 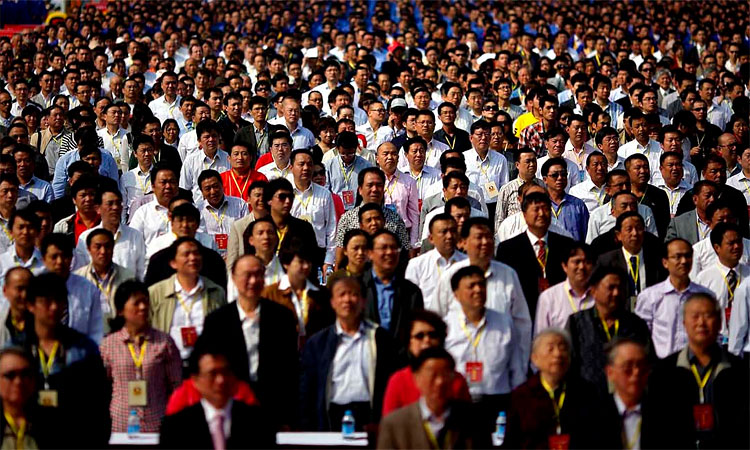 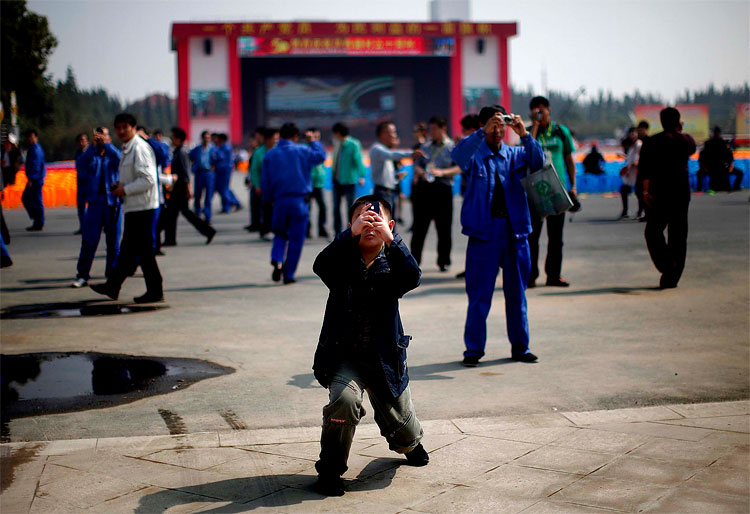 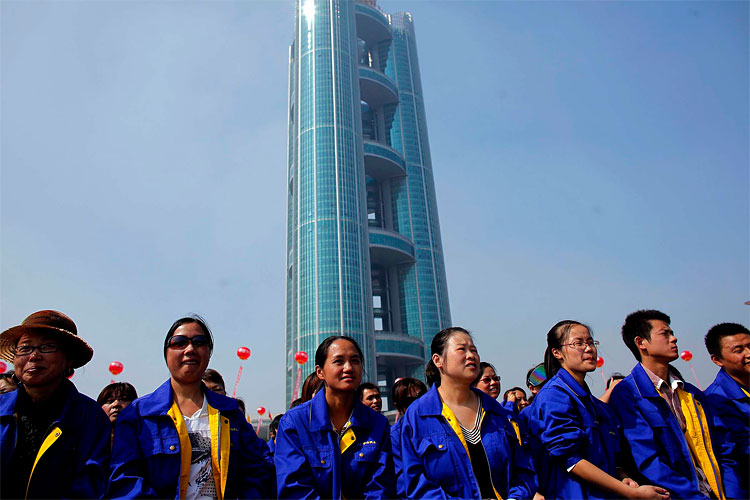 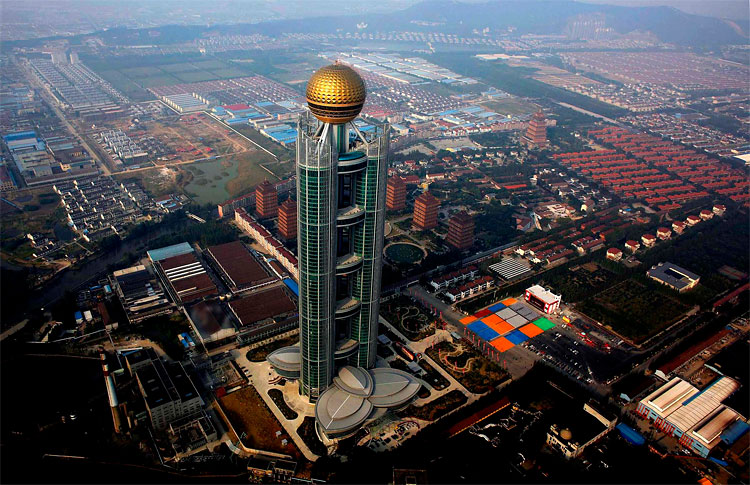 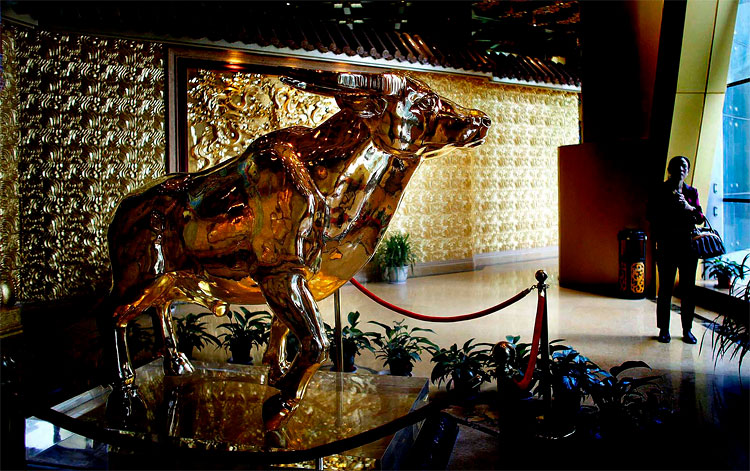 A solid gold bull weighing a ton also greets visitors at a viewing area on the 60th-floor of the tower, a testament to the wealth of the village. (Carlos Barria/Reuters) 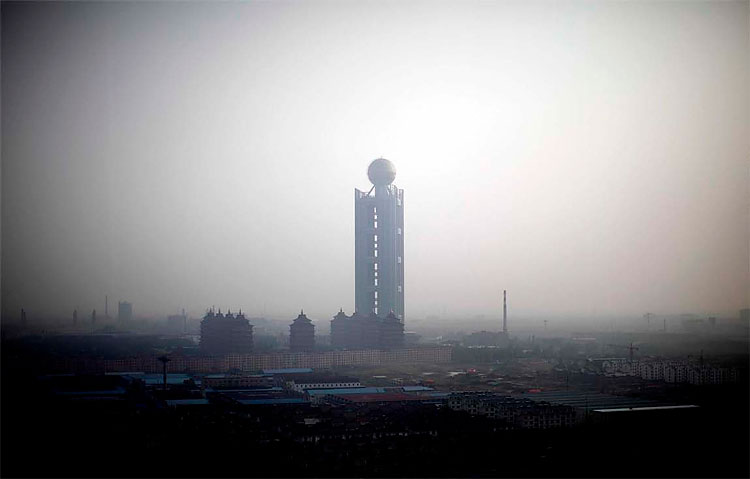 The new skyscraper towers over the village. (Carlos Barria/Reuters) 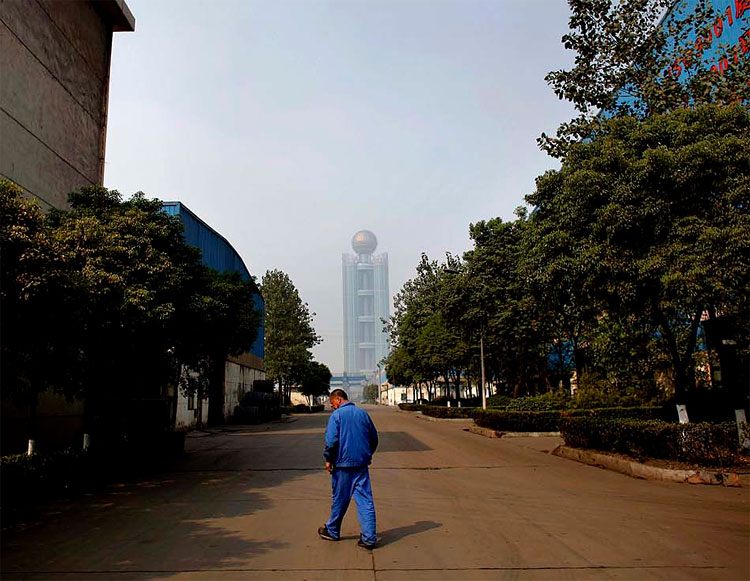 Inflatable Trampoline Bridge Proposal by Atelier Zündel Cristea
2013 World Architecture Festival
Graphic Designers Remade Old Buildings Around The World By Using Trends Of The 21st Century
Created With Billions Of Blocks: Pore Over These Gorgeous Minecraft Creations
Head in the Clouds by Studio Klimonski Chang Architects
A “Ghost Tower” in Bangkok
This Bizarre Japanese Temple Looks Like A Fallen Intergalactic Starship
Apple To Create New UK Headquarters At London's Battersea Power Station
Intimate Home In Tokyo Resembles A Kangaroo Pouch
The World's Highest Lego Tower
An Incredible Design Of Space Age German Lifeguard Station
China's Richest Village Building Lavish Skyscraper
Brazilian Architect Draws Buildings Inspired By Everyday Objects
A Soviet-Era Museum In Kyrgyzstan, Built Into The Side Of A Mountain Containing over 33,000 Archeological Artifacts
Architect Designs Sustainable Futuristic Tree Houses In Italian Forest
Amazing Glass House In The Middle Of Nowhere
Slinningsbålet: The Battle For The Biggest Bonfire In The World
Vittra Telefonplan School in Stockholm
Amazing Then-and-Now Photos Show How London Has Changed From Between the 1920s and 2010s
Architects Create Concept Prison Ship That Can Hold 3,300 Tax-Avoiders In Game Of Thrones-Style 'Sky Cells'
Chinese Home Builders Find Great Location: On Top of a Shopping Mall
Abandoned Hotels In The Egyptian Desert May As Well Be On Another Planet
Grasshopper’s Dream, A Cafe With Two Giant Grasshoppers At The Train Station In South Korea
Majestic Sails Benches Will Transport You To The Open Sea
Freezing Temperatures Transform Lighthouse Into Icy Giant
Facebook Reveals Expanded California Campus Designed By Frank Gehry
This Is Europe's Most Expensive Home
Vintage Photographs of Early Colossal Vertical Parking Garages, 1920-1960
This Writer’s Shed Was Designed To Be A Quiet Haven In The Big City
china, richest, skyscraper, village