Day of the Dead Observed

Thousands of people across the globe paid tribute to deceased loved ones Tuesday by bringing flowers, food and other traditional items to gravesites and cemeteries. 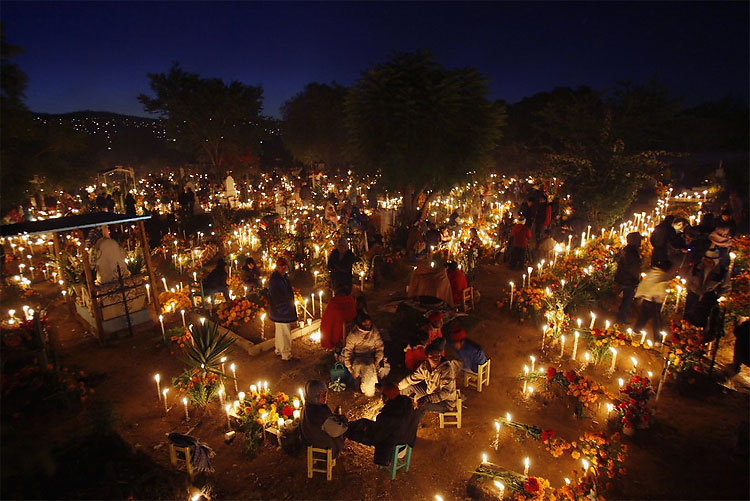 People stand amongst graves decorated with flowers and lit candles at a cemetery in Oaxaca November 1, 2011. Each year, Mexicans celebrate the Day of the Dead by preparing meals and decorating graves of deceased relatives and friends. (Reuters) 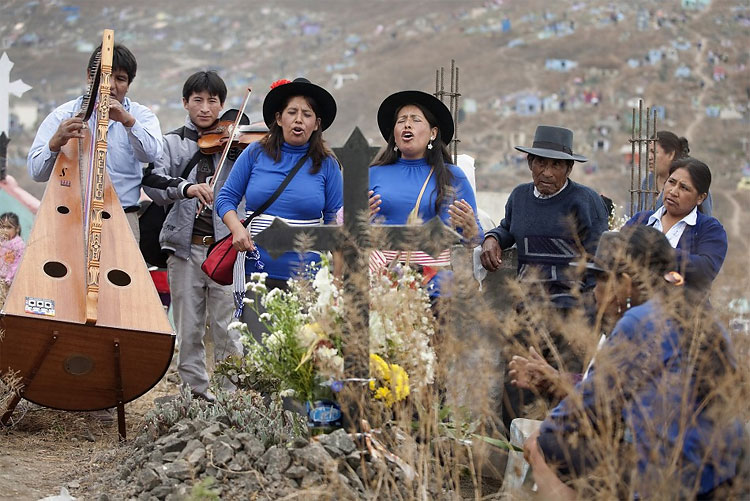 Andean singers perform in front of a grave during the Day of the Dead celebrations in Nueva Esperanza cemetery in Villa Maria, Lima November 1, 2011. Each year people visit the cemetery, one of Latin America’s largest, to honour the dead. (Reuters) 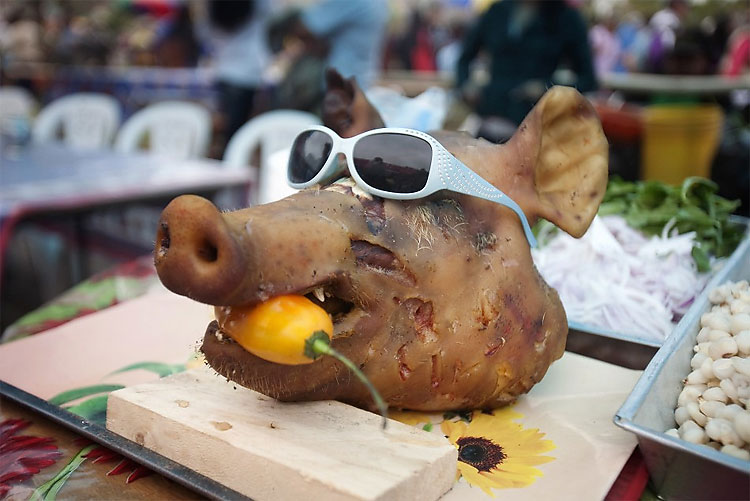 The head of a pig with a chilli in its mouth rests on a food stand outside Nueva Esperanza cemetery during the Day of the Dead celebrations in Villa Maria, Lima November 1, 2011. (Reuters) 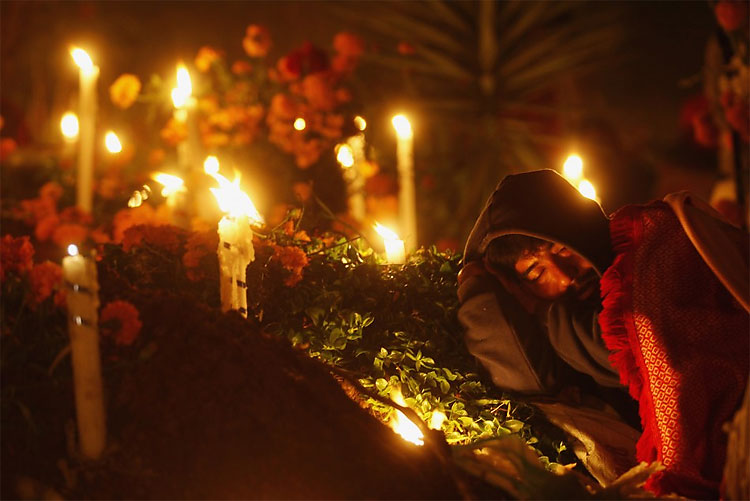 A man sleeps on the grave of a family member decorated with flowers and lit candles at a cemetery in Oaxaca November 1, 2011. (Reuters) 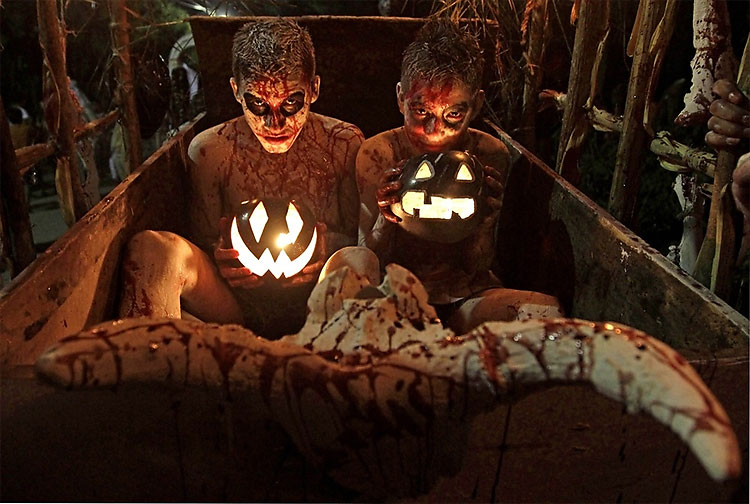 Young revellers take part in a parade called “La Calabiuza” in Tonacatepeque, near San Salvador, El Salvador, on November 1. During the celebration, the residents of Tonacatepeque, originally an indigeneus community, recall the characters of the mithology of Cuzcatlan –pre-Columbian west and central regions of El Salvador — and their dead relatives. (Oscar Rivera / AFP – Getty Images)