Art restorers have uncovered a devil-like figure hidden in one of the late medieval master Giotto di Bondone’s more famous frescoes, located inside the Basilica of St. Francis in Assisi, church officials said Saturday. The hitherto-unnoticed detail was at the top of fresco number 20; in the cycle of scenes depicting the life and death of St. Francis, painted by Giotto in the 13th century and discovered by art historian Chiara Frugone.

The image was not noticed until now because it was rather artfully hidden, amid in the folds of a cloud and invisible from ground level. In a report by MSNBC, Sergio Fusetti, the chief restorer of the basilica, suggested that the artist may not have wanted the image to be a visible part of the main image and hid it as he did just “to have a bit of fun.”

Giotto certainly did do an excellent job hiding the image; millions of pilgrims and tourists have trooped in and out of the basilica since the fresco was painted, without noticing the devil in the details. The actual discovery was something of an accident and occurred during restoration of the artwork.

Giotto di Bondone was born in Florence in the late Middle Ages was a key percursor of Early Renaissance art and architecture. 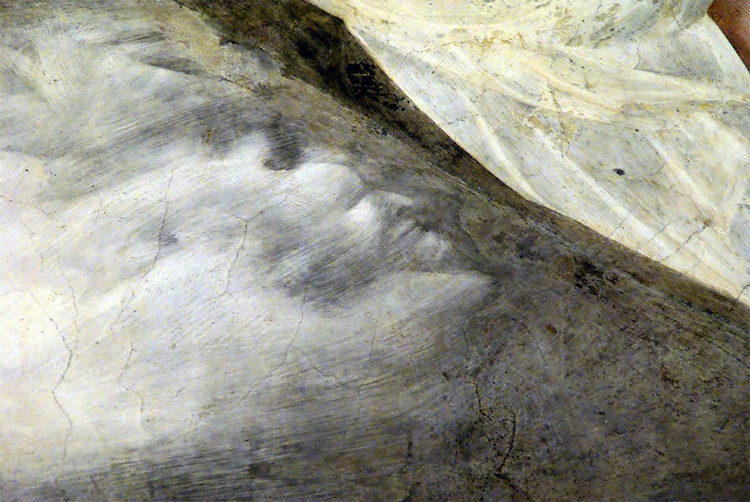 A detail of a fresco by Giotto is seen in the Basilica of St Francis in Assisi. (Reuters) 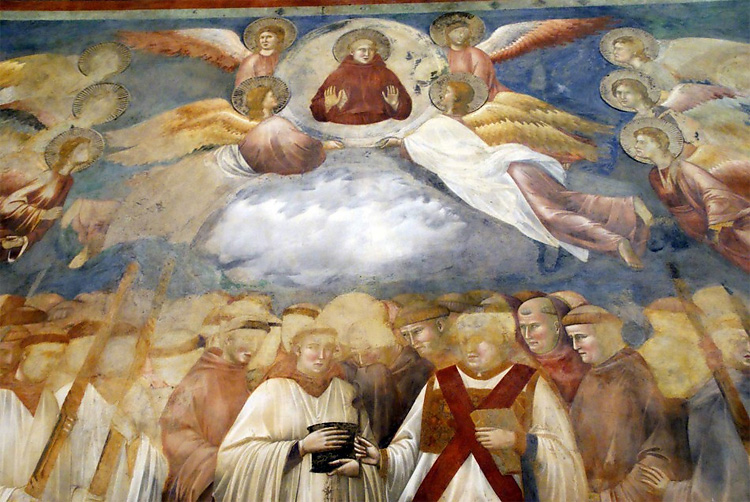 Handout of a detail of a fresco by Giotto in the Basilica of St Francis in Assisi. (Reuters)