Soyuz Spacecraft Lands on the Snow-Covered Steppes of Kazakhstan 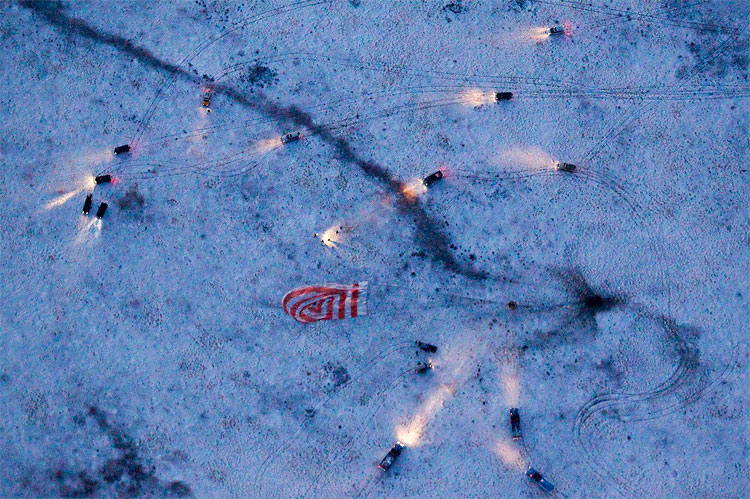 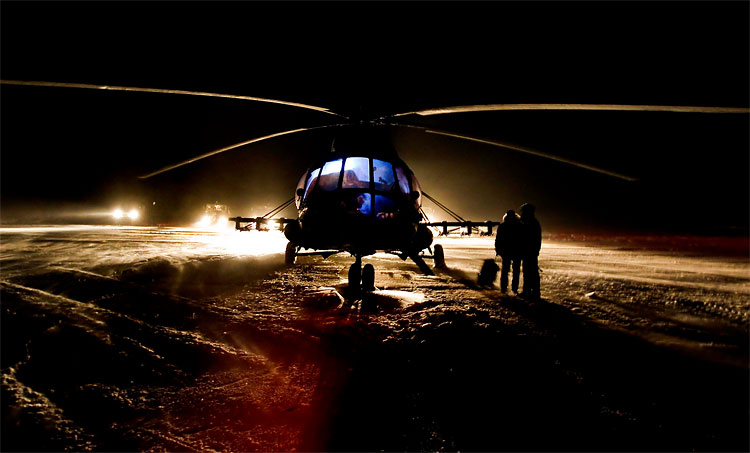 A helicopter crew gets ready at Arkalyk airfield in preparation for the recovery mission of the Soyuz TMA-02M spacecraft in northern Kazakhstan. (Shamil Zhumatov/Associated Press) 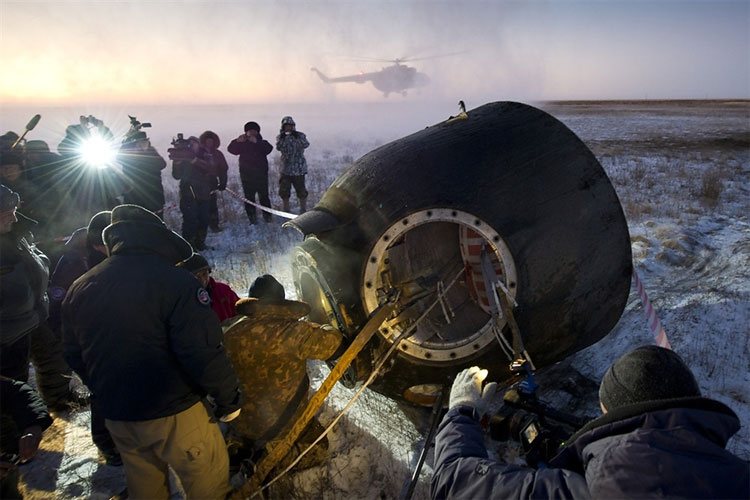 Russian support personnel help get Expedition 29 crew members out of the Soyuz TMA-02M spacecraft shortly after the capsule landed. (NASA via Getty Images) 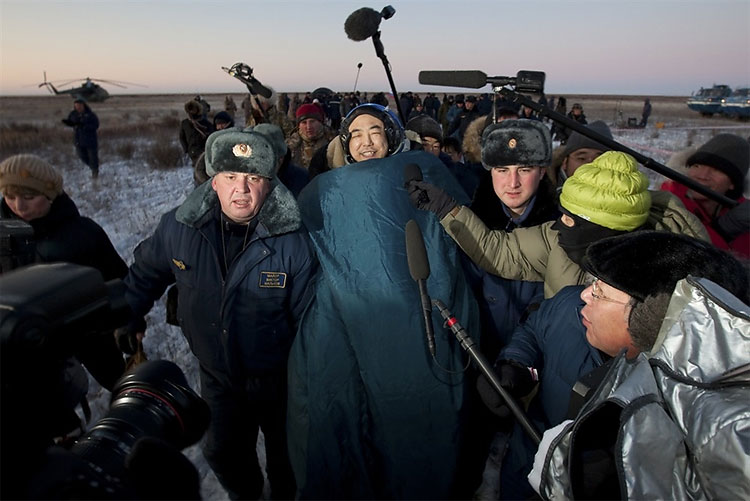 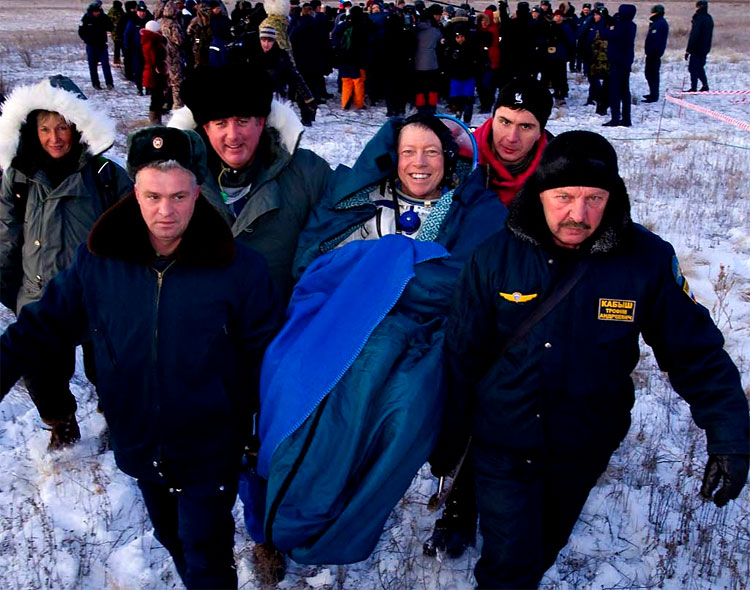 Expedition 29 Commander Mike Fossum is carried in a chair to the medical tent just minutes after he and Expedition 29 Flight Engineers Sergei Volkov, below, and Satoshi Furukawa landed in a remote area outside of the town of Arkalyk, Kazakhstan, after returning from more than five months onboard the International Space Station where they served as members of the Expedition 28 and 29 crews. (NASA, Reuters) 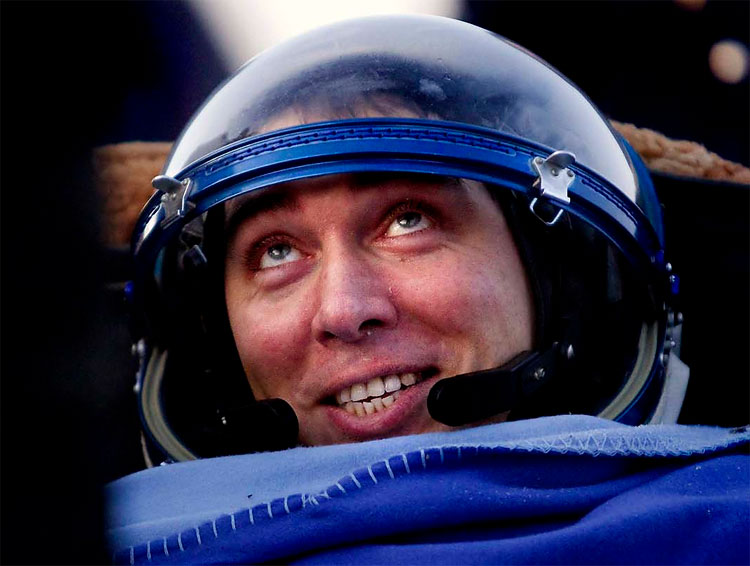 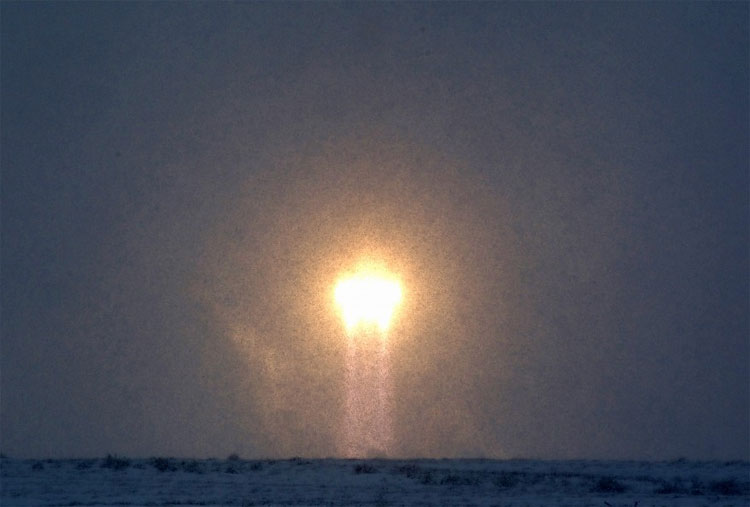