The Tungurahua volcano in Ecuador spewed ash up to 4 kilometers in the sky and produced superheated gas flow (pyroclastic flows) approximately one kilometer down the volcano flank Tuesday.

The eruption created large clouds of gas and ash above the summit and is reportedly directed towards the southeast and the west, near Banos, about 178 km (110 miles) south of Ecuador’s capital Quito, the Geophysical Institute of Ecuador said.

Tungurahua, meaning “Throat of Fire” in Ecuador’s native Quechua language, is one of eight active volcanoes in the Andean nation. It has been in an active state since October 1999 and erupts almost every year. 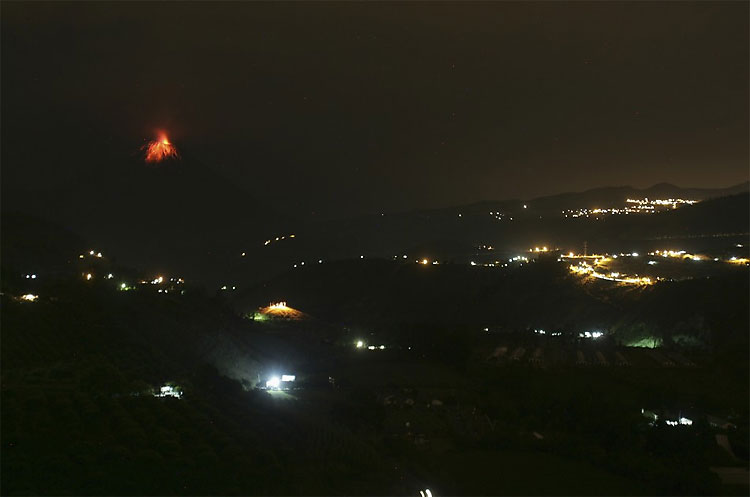 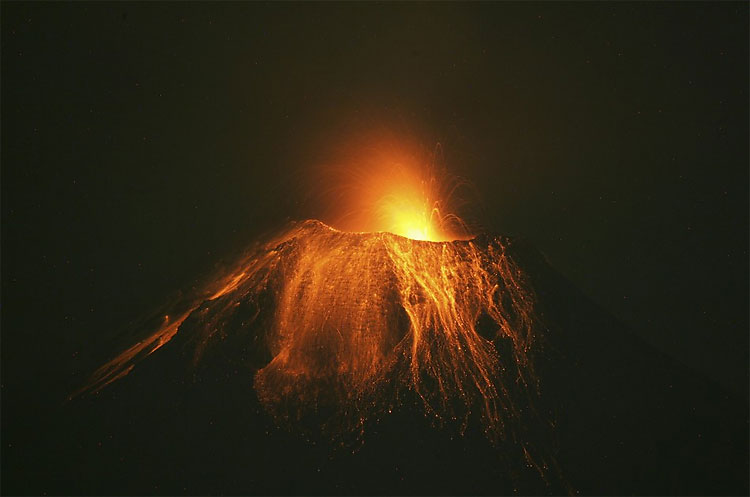 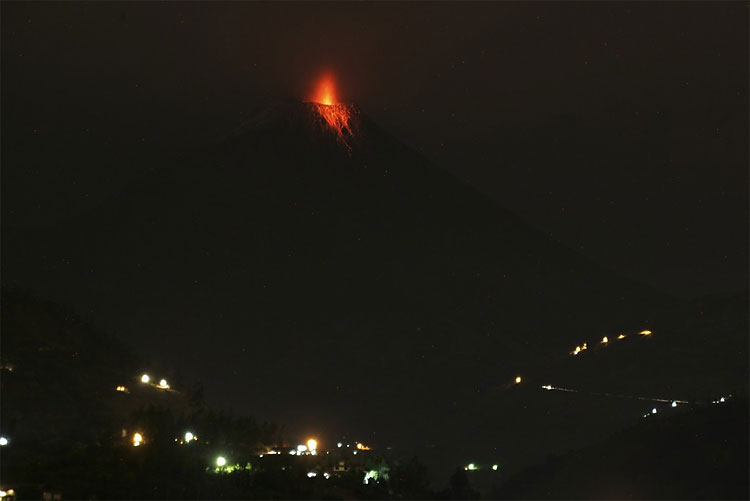 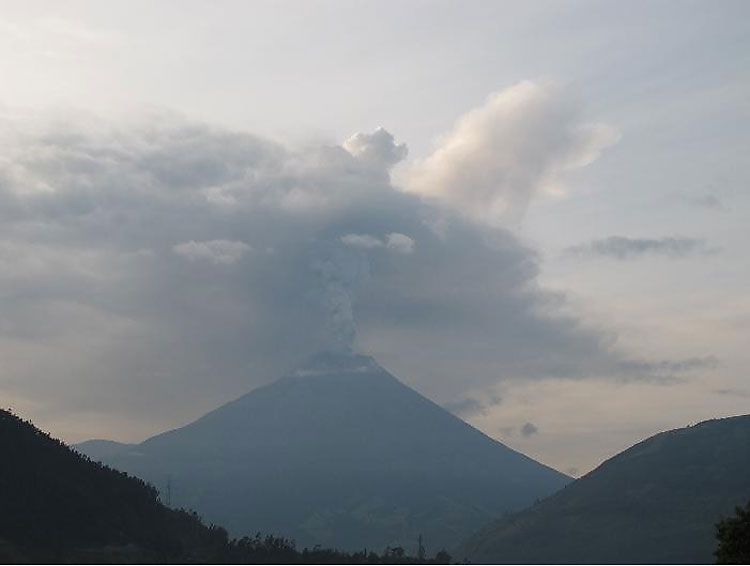