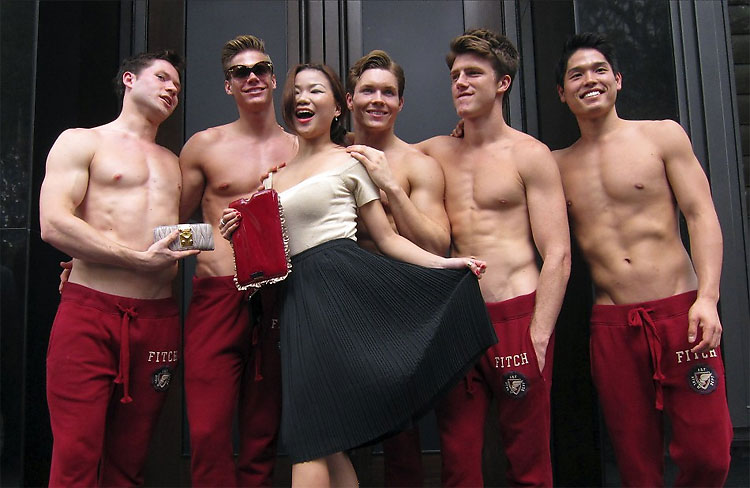 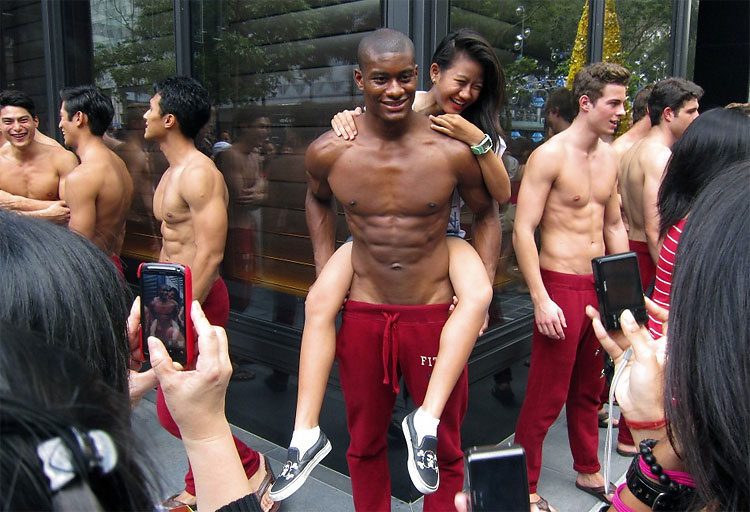 A woman gets a ride from an Abercrombie & Fitch model. (Reuters / Claro Cortes) 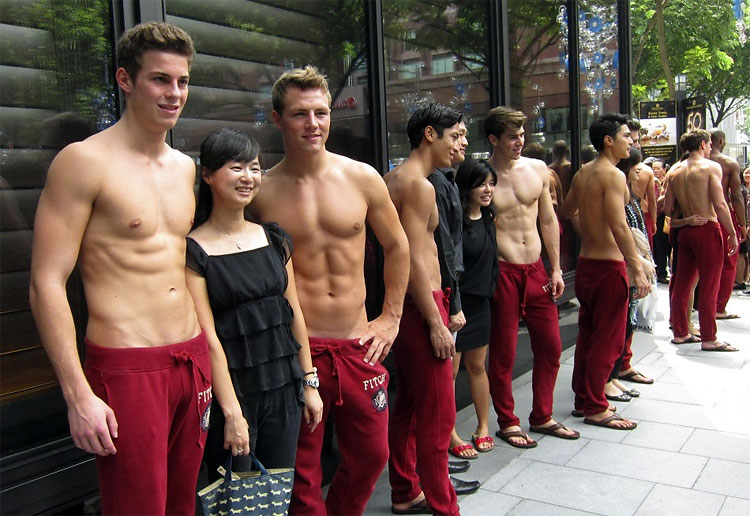 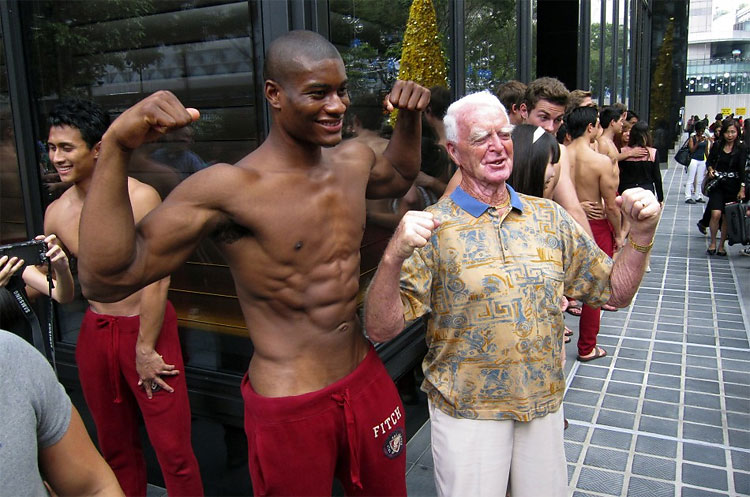