Items that will be auctioned on December 15 in the Entertainment Memorabilia auction are displayed at Bonhams in London. 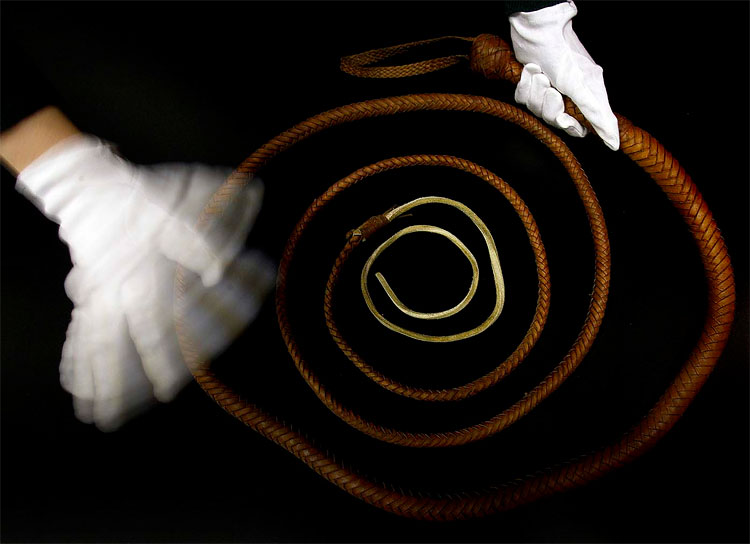 The one of the trademark Bullwhips used by Indiana Jones in the 1981 film “Raiders of the Lost Ark.” It’s estimated to realize 47,000-$78,500. (Kirsty Wigglesworth/Associated Press) 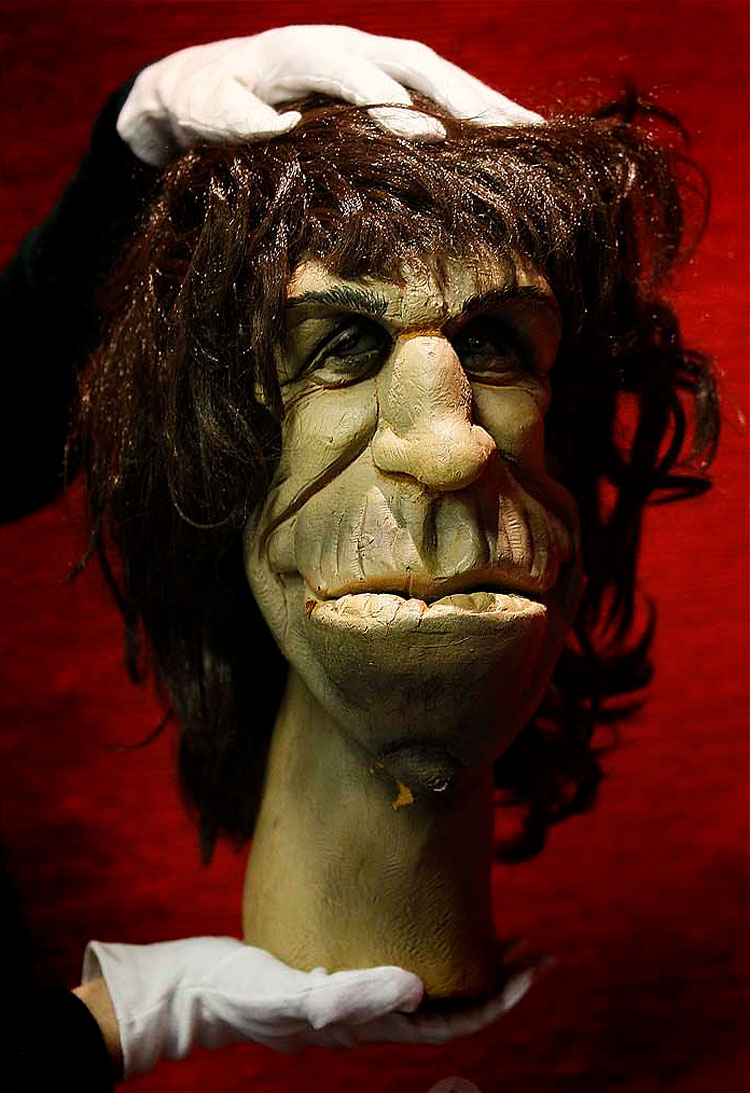 A puppet of Rolling Stones musician Keith Richards from the television series “Spitting Image.” It’s estimated to be sold for $950-$1,250. (Kirsty Wigglesworth/Associated Press)