Get In The Spirit: Fabulous Christmas Trees 2011 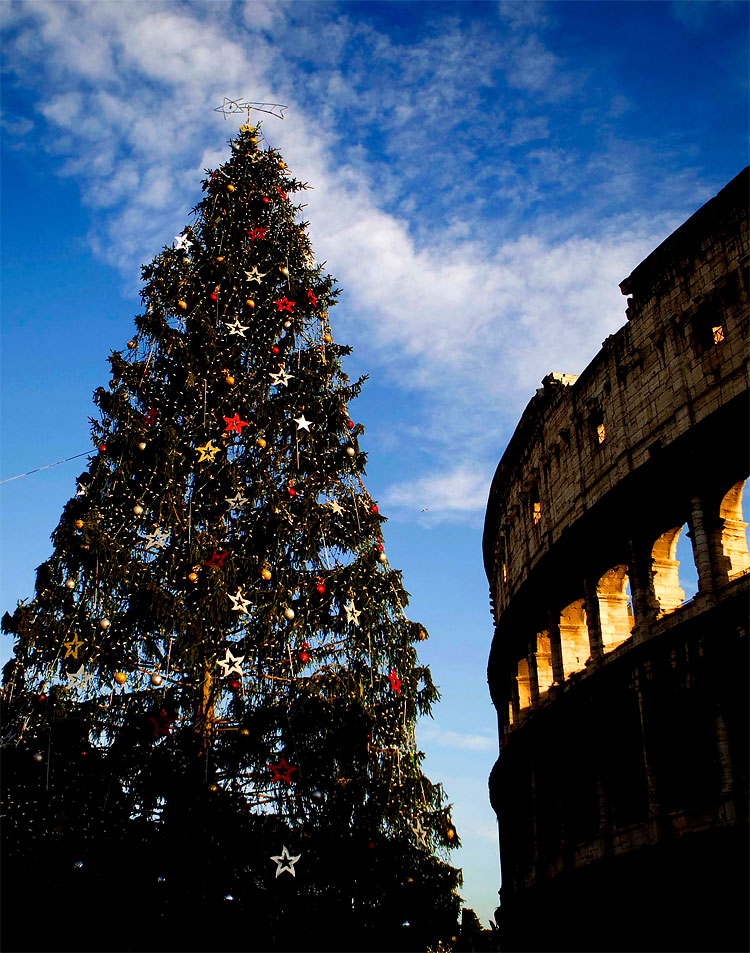 A Christmas tree stands next to the ancient Colosseum in Rome. (Andrew Medichini/Associated Press) 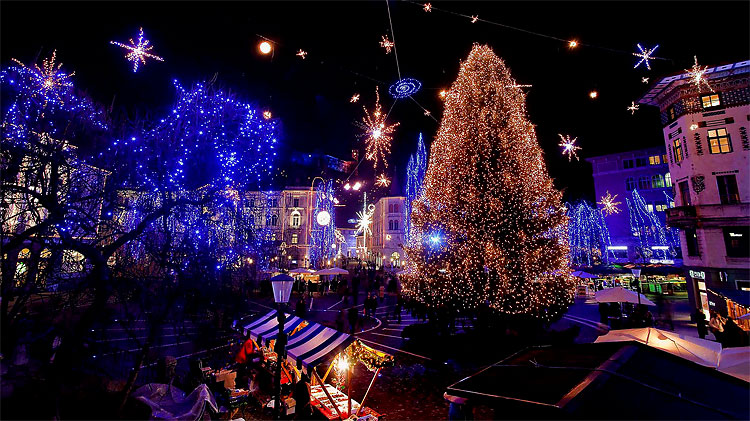 A Christmas tree sits in the main square in the old city of Ljubljana, Slovenia. (Srdjan Zivulovic/Reuters) 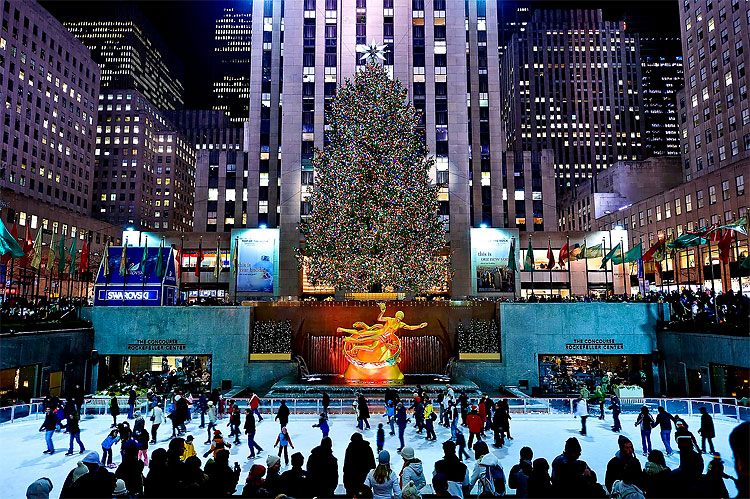 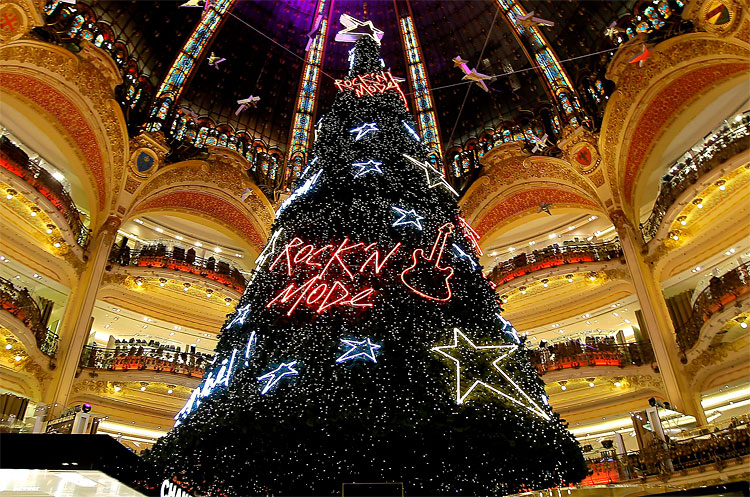 A giant Christmas tree stands in the middle of the Galeries Lafayette department store in Paris. (Jacques Brinon/Associated Press) 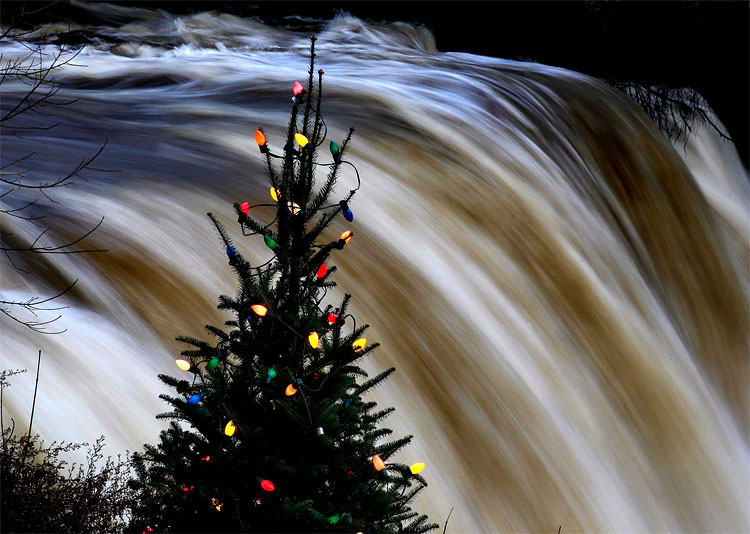 A lighted Christmas tree clings to the banks of the Chagrin River as water rages over the falls in downtown Chagrin Falls, Ohio. (Amy Sancetta/Associated Press)

Fireworks explode over an 85-meter long floating Christmas tree at the Lagoa Rodrigo de Freitas neighborhood as it is lit for the Christmas season in Rio de Janeiro, Brazil. (Felipe Dana/Associated Press) 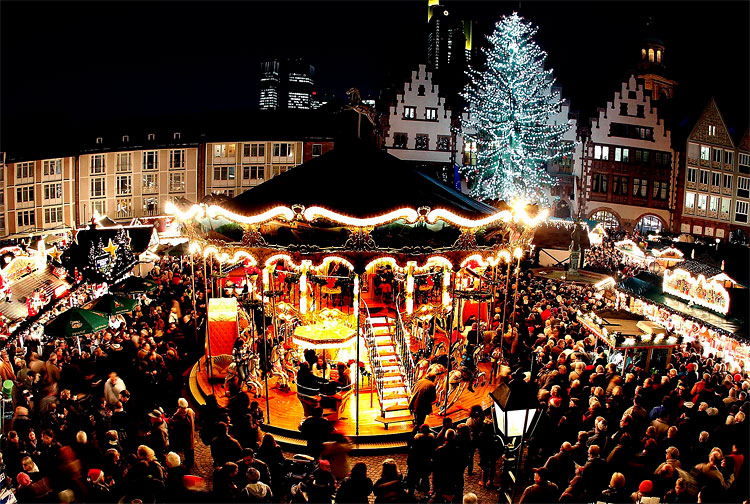 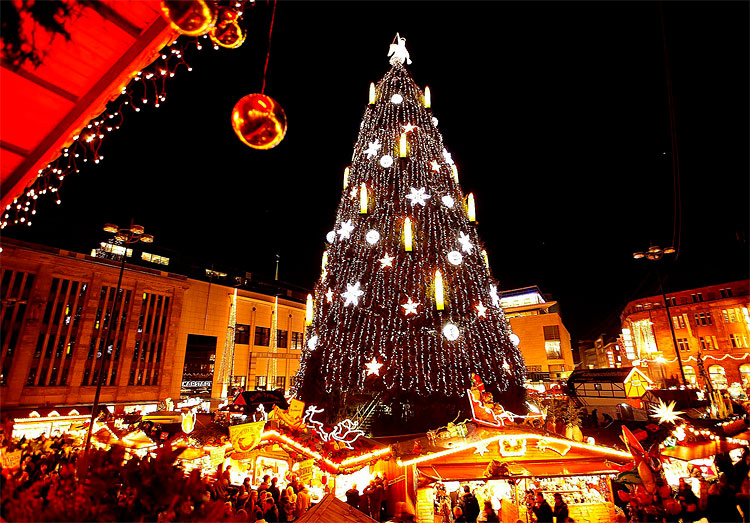 A decorated Christmas tree is the centerpiece of the Christmas market in Dortmund, Germany. The Christmas tree, which stands 148 ft. high, is reputedly the largest in the world, built with a scaffold and covered with 1,700 Norway spruces. (Ina Fassbender/Reuters) 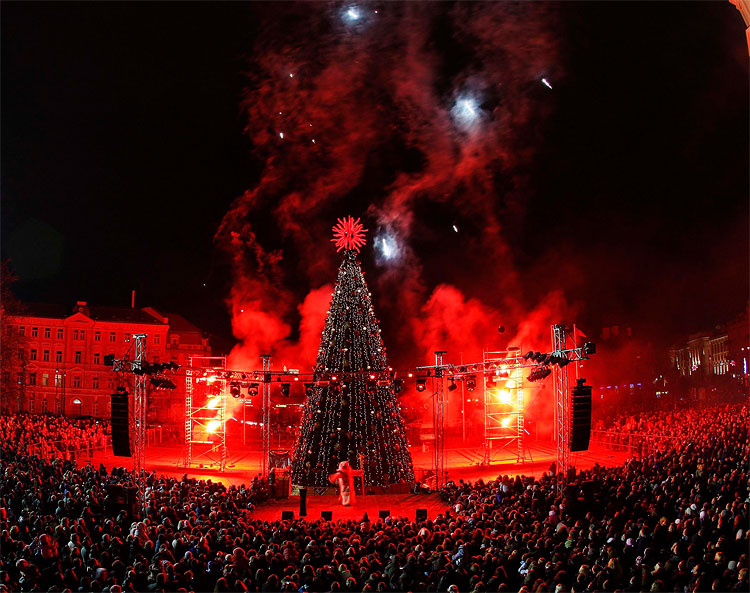 Fireworks light up the sky during a tree lighting ceremony at Cathedral Square in Vilnius, Lithuania. (Mindaugas Kulbis/Associated Press) 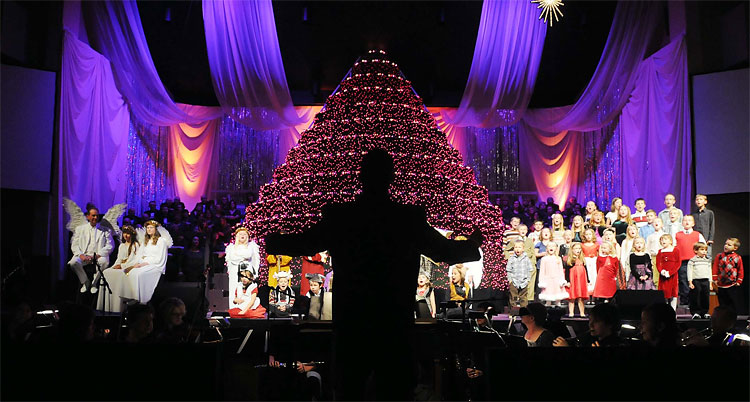 A conducter leads the orchestra through a musical piece during the 2011 Living Christmas Tree performance in Nampa, Idaho. Over 100,000 lights make up the several story structure that changes throughout the performance. (Charlie Litchfield/Idaho Press-Tribune) 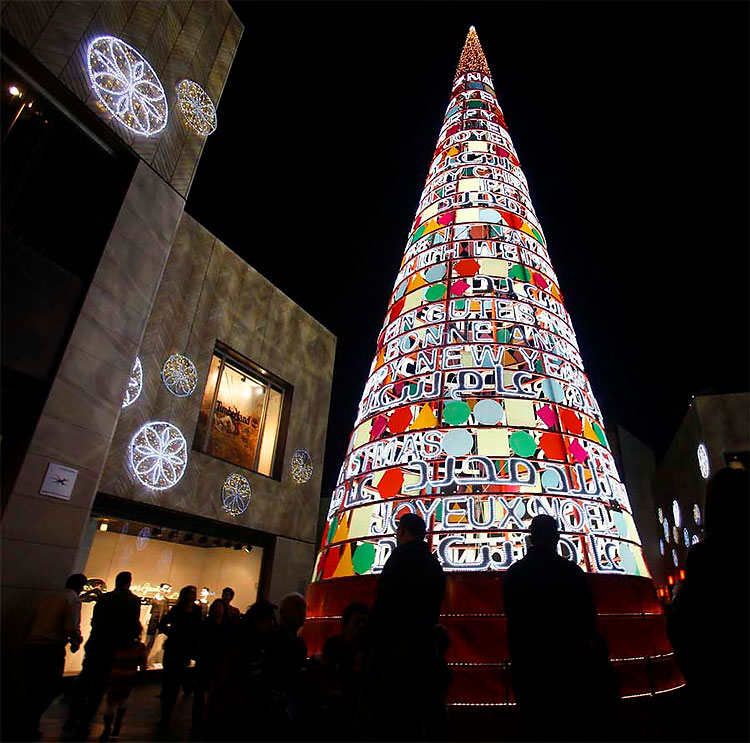 A giant Christmas tree in Beirut is illuminated during the launch of “Beirut Celebrates 2011” at a Christmas parade in downtown Beirut, Lebanon. (Reuters) 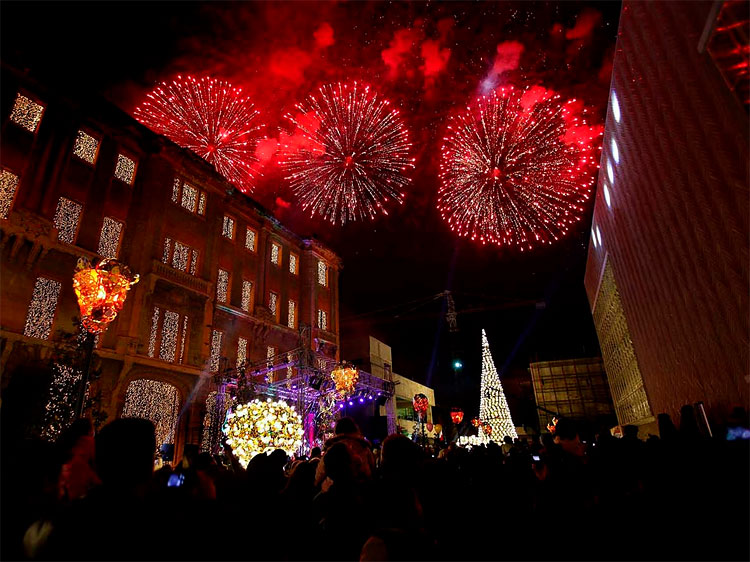 Fireworks explode as a giant Christmas tree and an old building in Beirut are illuminated during the launch of “Beirut Celebrates 2011” at a Christmas parade in downtown Beirut, Lebanon. (Reuters) 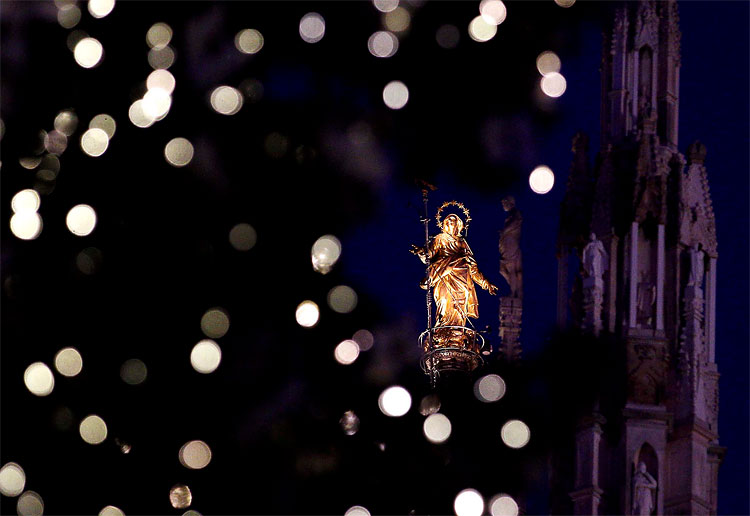 A Christmas tree frames the golden statue of the Virgin Mary atop the Duomo gothic cathedral in Milan, Italy. (Luca Bruno/Associated Press) 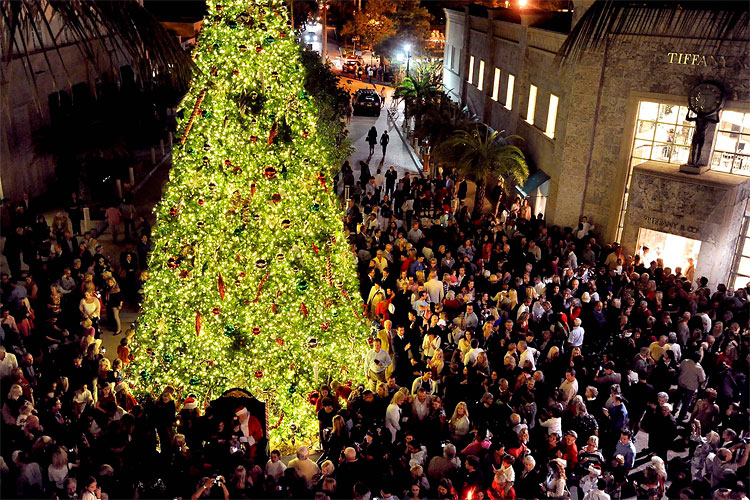 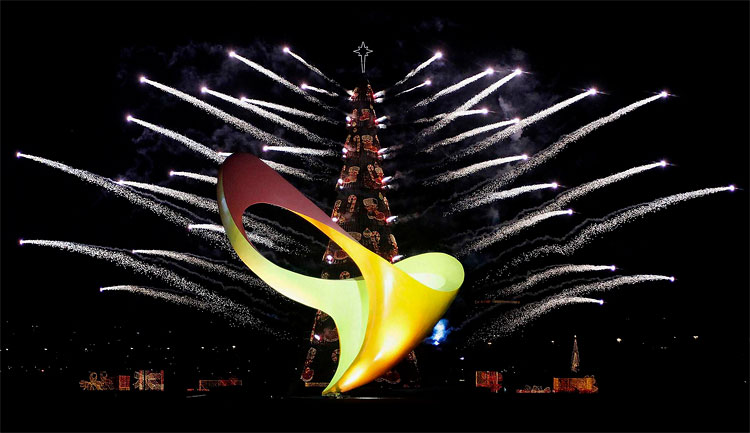 The logo of the Rio 2016 Paralympic Games is seen in front of a fireworks display around a Christmas tree during its launch ceremony at Rodrigo de Freitas Lake in Rio de Janeiro. (Andre Durao/Reuters) 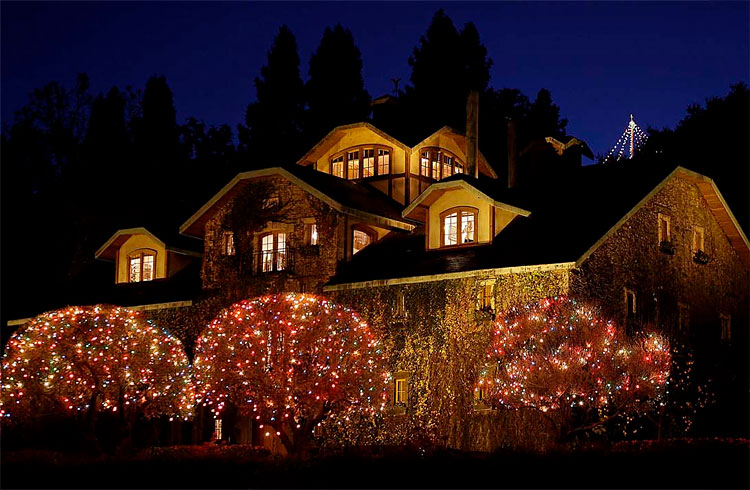 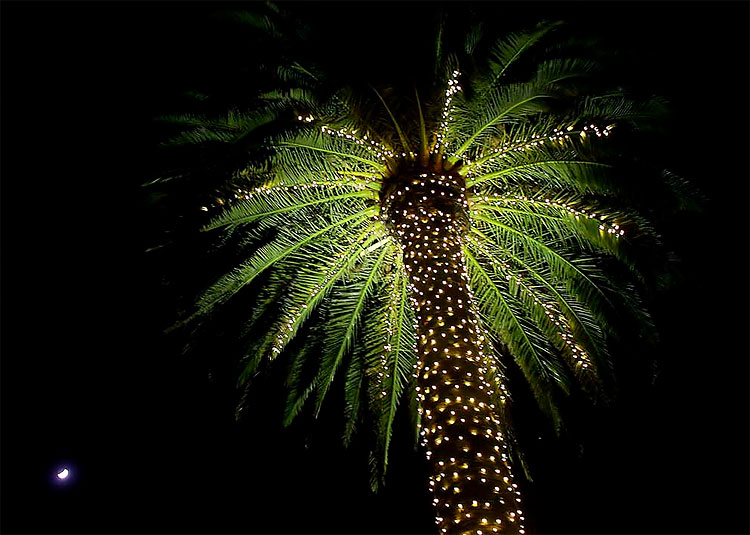 In Napa Valley, a palm tree is illuminated at the entrance to St. Supery Vineyards and Winery. (Eric Risberg/Associated Press) 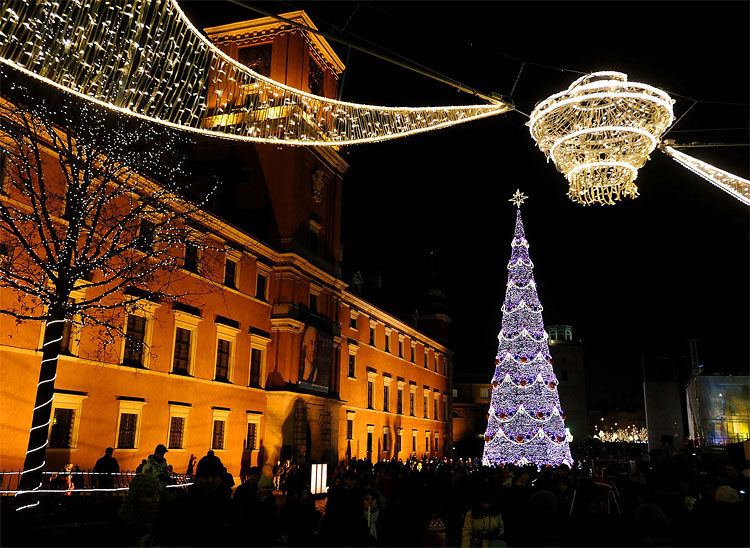 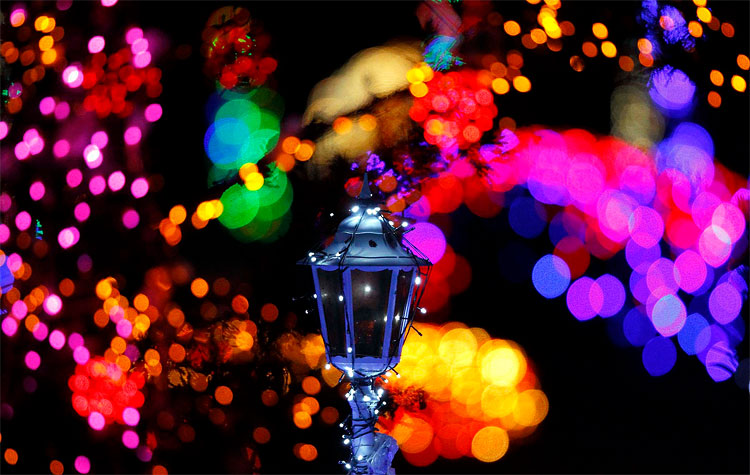 Colorful lights are seen at a country house estate in the village of Grabovnica near Cazma, central Croatia. The seven-hectare estate owned by the Salaj family is lit with 1.2 million Christmas lights and turns into a winter wonderland every December, attracting thousands of visitors. (Nikola Solic/Reuters)

A house is decorated with Christmas lights in a street in the village of Calle, near the northern German town of Bremen. The sign reads: Merry Christmas. /Morris Mac Matzen/Reuters) 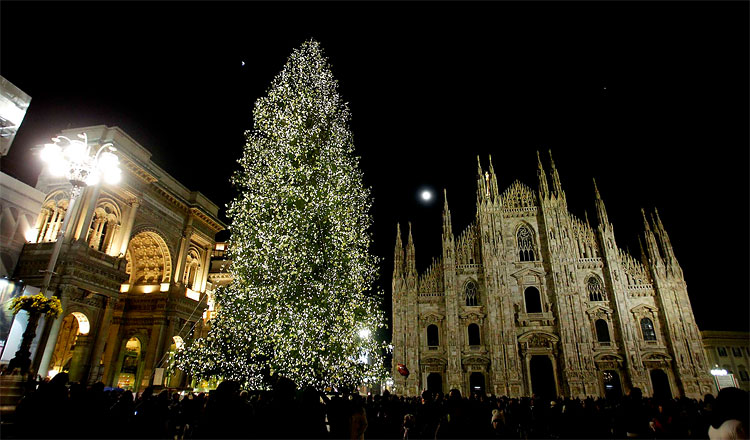 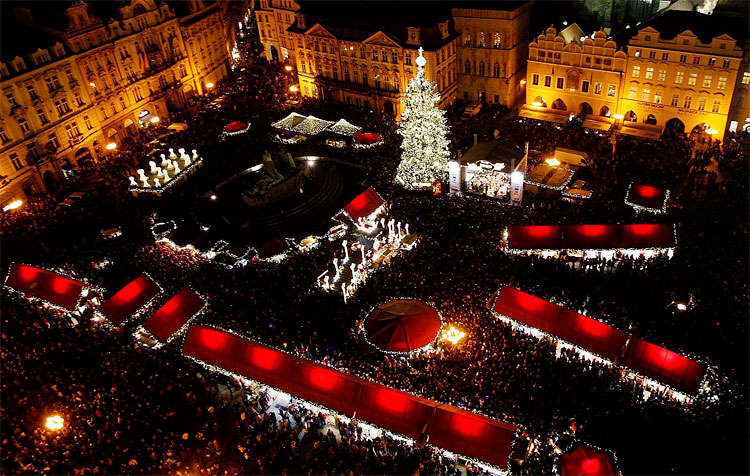 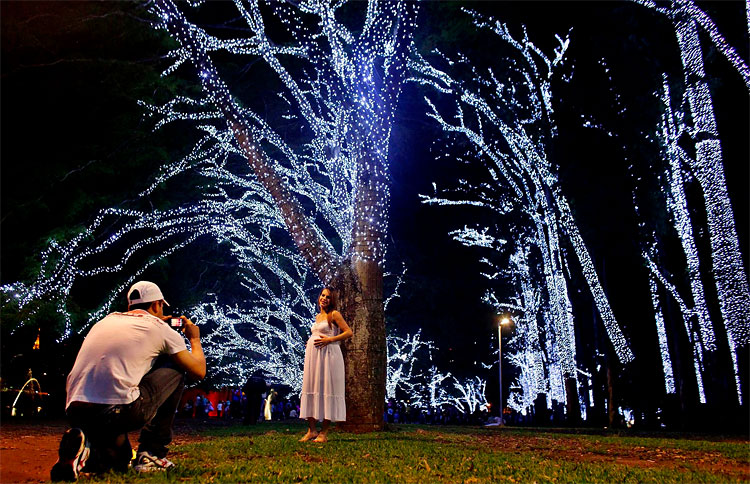 A man takes photos of his pregnant wife near trees decorated with Christmas lights at Ibirapuera Park in Sao Paulo, Brazil. (Nacho Doce/Reuters) 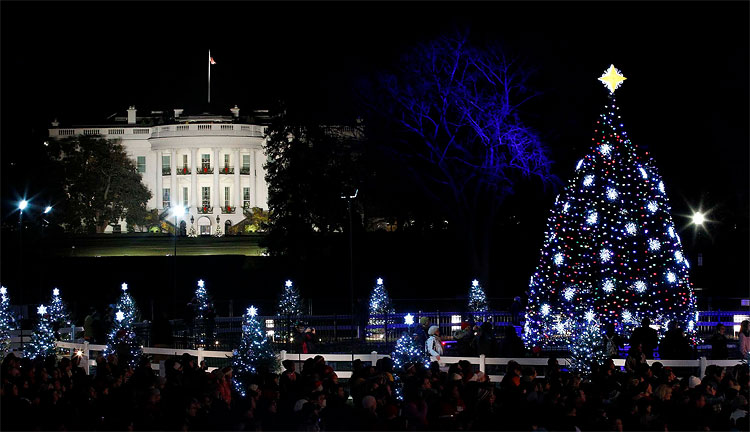 The National Christmas Tree stands on the Ellipse with the White House in the background. (Pablo Martinez Monsivais/Associated Press) 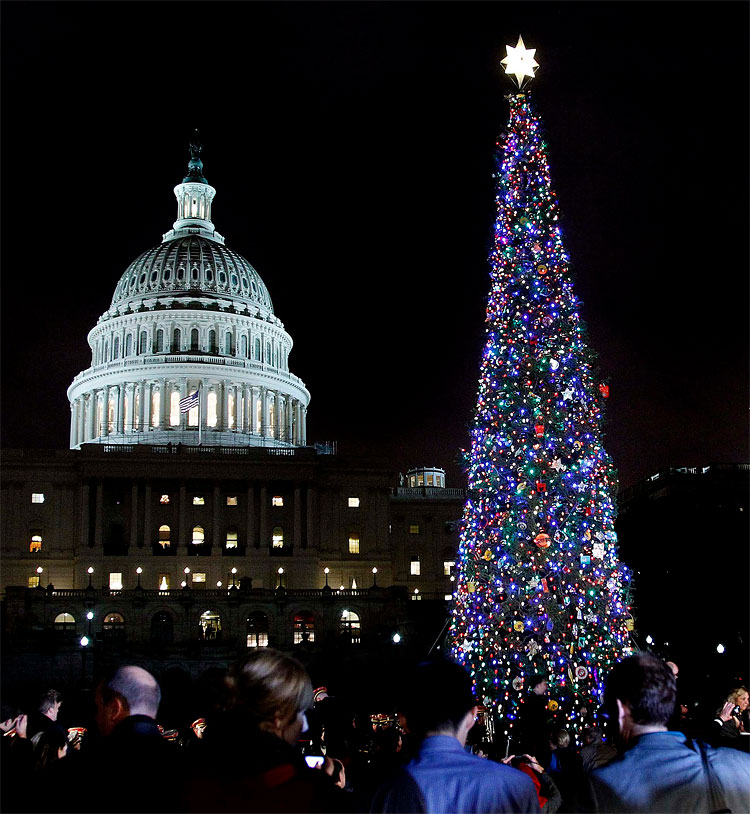 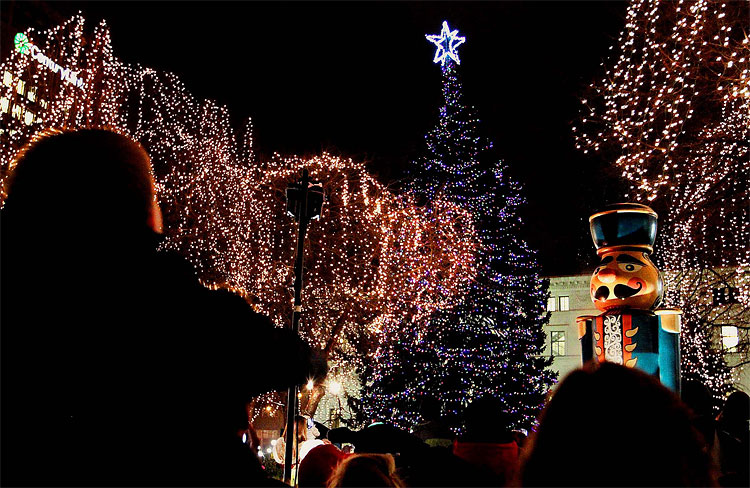 Spectators gather as a 70-foot spruce tree is lit with 15,000 energy efficient LED lights during the annual lighting of the Rice Park holiday tree in downtown St. Paul, Minnesota. The tree was planted in the late 1920s by Ray and Anna Senty at their North End home in St. Paul and donated to the city. (Joe Michaud-Scorza/The St. Paul Pioneer Press)