Every successful invention has had a number of failures in its wake. Some failures are more spectacular than others. We are collecting the more well-known innovation failures here. 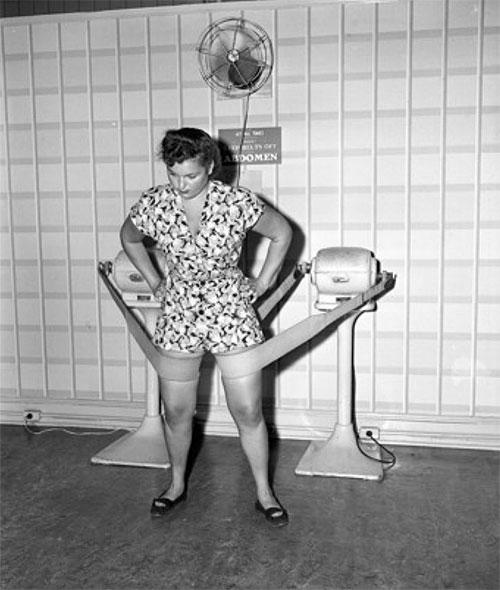 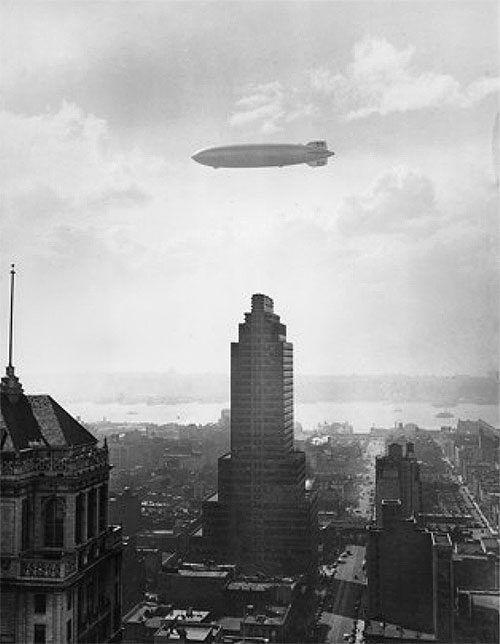 Some innovation failures are more tragic than others. The dirigible, or zeppelin, was the most popular mode of air transportation for 30 years. It all ended with the Hindenberg. In this photo, the German dirigible floats over New York City on the afternoon of May 6, 1937, as it heads for Lakehurst, N.J., to complete the 21st crossing from Germany to the United States. Later that evening, the hydrogen-filled airship burst into flames when attempting to land. Thirty-six people died in the crash. (AP) 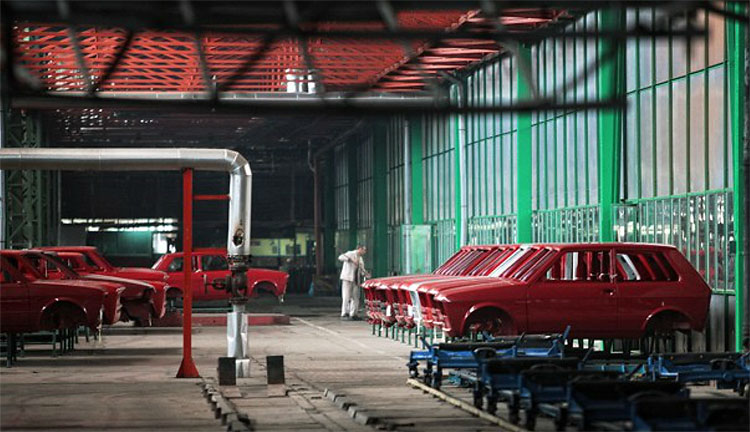 Stop us if you’ve heard this one: What do you call a Yugo that breaks down after 100 miles? An overachiever. The Soviet-era car has appeared on, and topped, a number of “worst car” lists, including Time magazine’s 50 worst cars of all time. This photo shows the production line of Serbia’s Zastava car plant in Kragujevac on Nov. 9, 2008. The last Yugos, once a pride of former Yugoslav car industry, came down from the assembly lines after almost thirty years. (Aleksandar Stankovic / AFP/Getty Images) 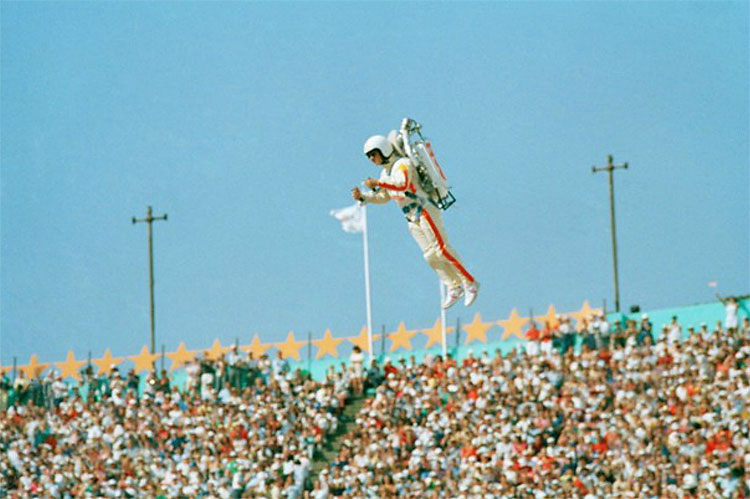 If you’ve ever seen the cartoon “The Jetsons,” your craving for a consumer-level jet pack is something you learn to live with. While jet packs have been used successfully for short periods of time, a consumer-level product has never been realized. In this photo, Bill Suiter, also known as “Rocket Man,” soars with the help of a jet pack during the welcoming of nations at the opening ceremonies of the 1984 Summer Olympics in the Los Angeles Memorial Coliseum on July 28, 1984. (Rusty Kennedy / AP) 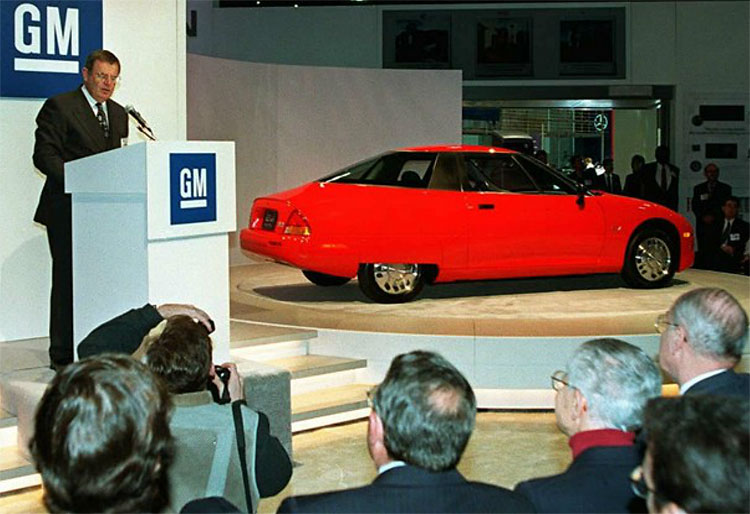 There is a renewed interest in the electric car, with nearly every major car manufacturer producing one. But General Motors’ introduction of the EV1 in the late ’90s is widely touted as a failure, since the car’s battery could not be easily mass produced and the car was too expensive to construct, among other problems. In this photo, GM Chairman John F. Smith holds a press conference on Jan. 4, 1998, to announce plans to start production of the EV1 electric passenger car, right, later that year, making GM the first major automaker in modern times to market specifically designed electric vehicles to the public. (Hal Garb / AFP/Getty Images) 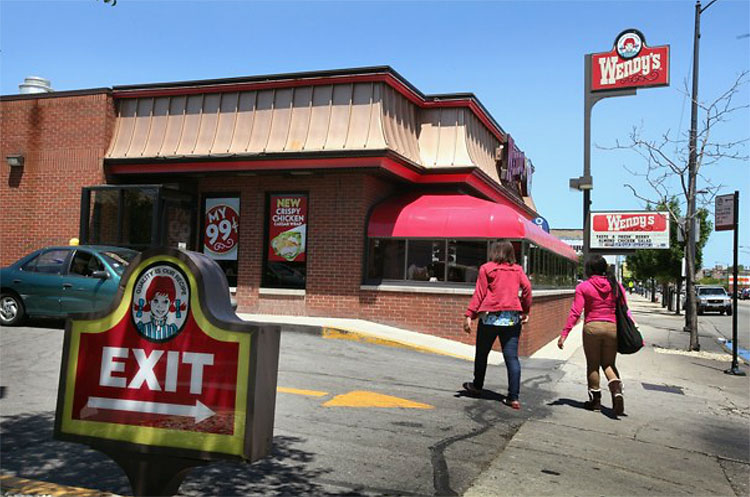 Wendy’s wasn’t always just about hamburgers and french fries. The fast food chain once offered a salad and hot food bar that included Mexican and Italian fare. The SuperBar gave customers an opportunity to “create your own meal,” according to advertising. But the SuperBar, which lasted roughly 10 years, was too expensive for the fast food chain to sustain. (Scott Olson / Getty Images) 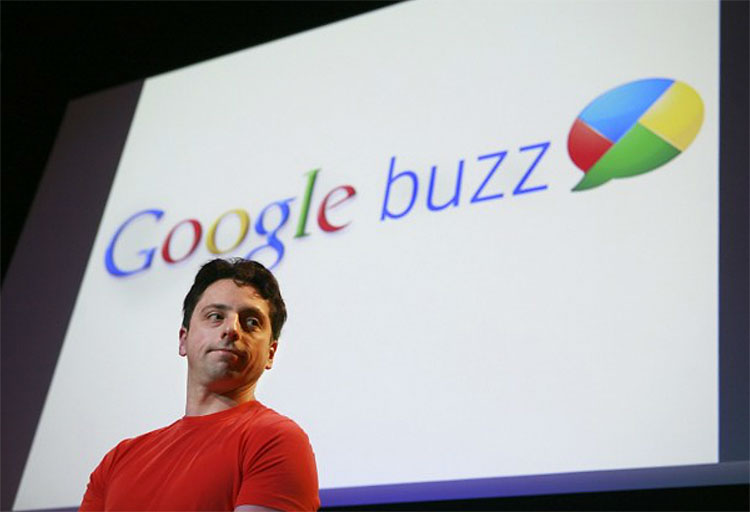 Google Buzz, one of Google’s first forays into social media, lacked the necessary privacy protections when it launched. Google quickly scaled back the product, but not before it was widely panned by tech reviewers worldwide. Google has since launched the more successful social media platform Google+. In this photo, Google co-founder Sergey Brin participates in a panel discussion to unveil Google Buzz in Mountain View, Calif. of Feb. 9, 2010. (Robert Galbraith / Reuters) 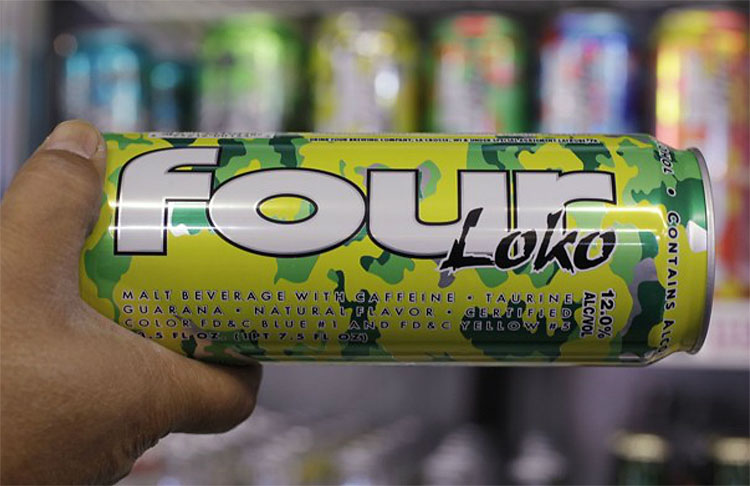 Students at northern New Jersey’s Ramapo College were hospitalized because of the effects of Four Loko — a drink that contained caffeine, other common energy-drink ingredients and as much alcohol as four beers. (Paul Sakuma / AP) 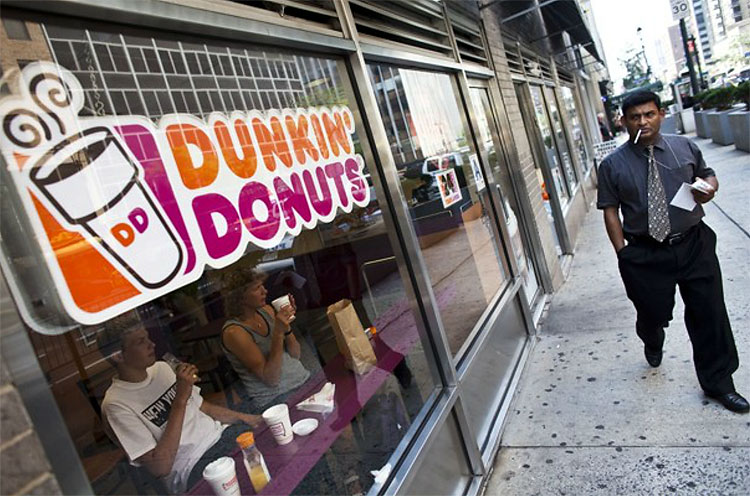 On May 11, 2010, Dunkin’ Donuts launched their “free iced coffee day” promotion. But there was a catch: Only 14 locations of the franchise’s hundreds nationwide were offering it, even though the promotion was marketed nationally. The company received a flurry of negative comments on its Facebook page. In this photo, a pedestrian walks by a Dunkin’ Donuts Inc. store in Midtown Manhattan. (Ramin Talaie / Getty Images)

Photographer Jun Yamamoto Captures The Magic Of Japan Streets At Night
This Bride Took Her Own Wedding Photos, and Then They Went Viral
"Alleyways": Malaysian Nights in Cyberpunk Aesthetics by Ying Chung
This Brutal 1925 Rolls Royce Phantom I Jonckheere Coupe
This Is How Soviets Imagined 21st Century Will Look Like: The Soviet Eera Sci-Fi Mag That Wanted To Predict The Future
A Mermaid’s Perspective: Underwater Photos That Will Make You Question Which Way Is Up
Cherry Blossoms Paint A Lake Purple Making Tokyo Look Like A Fairytale
"Anti-Selfies": Artist Lies Facedown In Tourist Spots And Pretends To Be Dead
"Backstage Disillusion": The Incredible In-Game Photo Artworks By Petri Levälahti
25 Cool Pics Of The 1959 Cadillac DeVille Series
Fabulous Portrait Photos Of Rhodes College's Students Taken By A Former In The Early 1970s
11 Stunning Colorized Photos Showing The Street Life Of Victorian London From Over 140 Years Ago
Secret Underground Facility That Is Hidden Deep Under Moscow
The Impressive Cyberpunk Accessories Of Hiroto Ikeuchi
80's Young Fashion: Color Photos Of US Teen Girls During The 1980s
Photographer Captures Socialist Architecture Of North Korea In Pastel Aesthetic
40 Jaw-Dropping Cosplays At Comic Con New York 2019 By Photographer Ali Reza Malik
Photographer David Yeo Places Naturally Small Species Alongside Animals That Have Been Selectively Bred To Be Tiny And Cute
Be Afraid, Be Very Afraid! Hundreds Descend On Central London For World Zombie Day Walk Through The Capital
T-Brain by Toyota
Stuning Photos Of A Children's Military Boarding School In The Ukraine
Young Guns
Wonderful Sunny Pics Document A Spring Break In United States In The 1980s
Most Stunning Photos From The National Geographic Instagram Photography Contest
Meet James Rulison, The Official Superhero Photographer
Lovely Colorized Photos Of Edwardian Little Girls That May Make You Amazed
Belarus Fashion Week: Model Casting and Lingerie Show
Guy Turns Old Tractor Into Badass Motorcycle
Giant Plants Of The Lost World
Street Photographer Lukasz Kazimierz Palka Perfectly Shoots Japan
doesn, innovation, sometimes