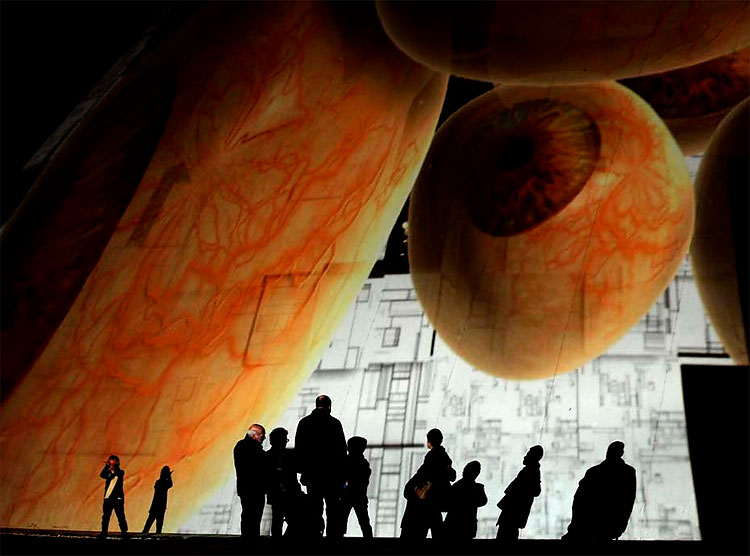 People view the “Organismo,” an art installation by Spanish artist Marina Nunez, being projected on the Niemeyer Center dome in commemoration of the Bicentennial of Cadiz in Aviles, Spain. This is one of the last exhibitions before the closure of the Niemeyer Center on December 18. (Eloy Alonso/Reuters) 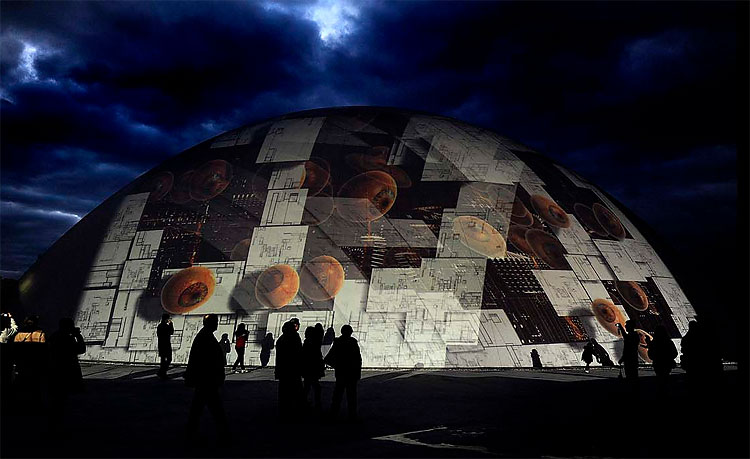 The $58.4 million cultural center designed by 103-year-old Brazilian architect Oscar Niemeyer is set to close just months after its inauguration in March. The Asturian regional government, which partly finances the center, is closing it down due to irregularities in spending and differences in the patronage of the Oscar Niemeyer Foundation. (Eloy Alonso/Reuters)