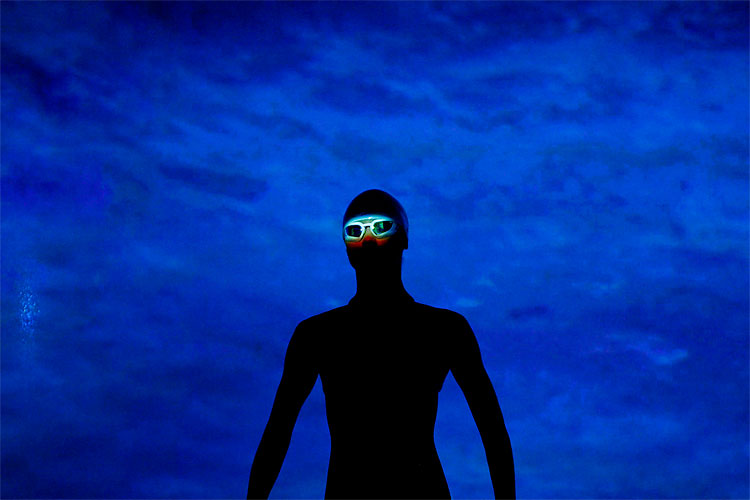 A model presents a goggle from the new Speedo brand swimsuits “Speedo FASTSKIN3” (both men and women) for the U.S. Olympic team during a news conference in New York. (Eduardo Munoz/Reuters) 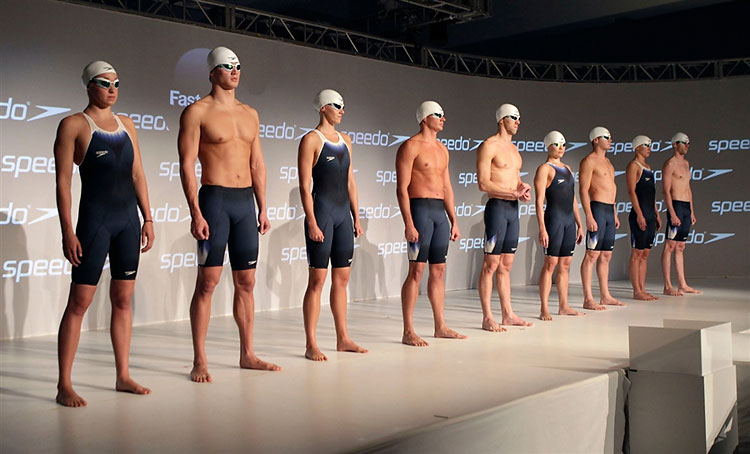 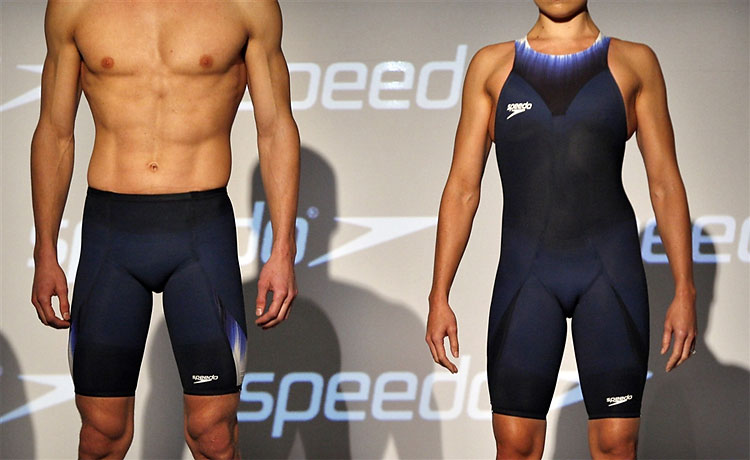 The bodysuit war that reduced the 2009 swimming world championships to farce and effectively turned the sport into a battle of technology could erupt again on Wednesday when Michael Phelps takes to the catwalk to launch a new outfit for next year’s London Olympics.

Phelps was bitterly opposed to the now-banned swimsuits that were used in Rome two years ago, refusing to wear them because he believed they aided buoyancy, but he is getting ready to promote a new space-age suit

Cat Ghost
LEGO Painting Arts: Artist Recreates Classic Masterpieces In Everyones Favourite Bricks
Photo of the Day: A Man and His Rooster
Photographer Challenges Herself To Shoot In ‘Ugly’ Location, And Results Prove That It’s All About The Skill
A Photographer Is Using A Unique Method To Show The Shift From Day To Night Across Famous Cities In Spectacular Images
This Photographer Captured The Life Of A Ping Pong Table For 5 Years
Bad Girl Mugshots From Between The 1940s And 1960s
The Last Portrait Of Boxing Legend Muhammad Ali Showing The Destructive Effects Of Parkinson’s Disease
World Press Photo Contest 2019: See The Nominees For Prestigious Photography Award
Detroit Zoo Welcomes 3 Bear Cubs
Men And Women Before 10 A.M. By Veronique Vial
Wonderful Intimate Photos Of Women Villagers Who Run The Show In Rural Russia
Photo of the Day: Atomic Skyline
No Name
Photographer Anna Ulman Captures the Dramatic Beauty of Dance in Dynamic Portraits of The Dancers
Urrban Nightscapes Of Hong Kong In Photographs By Nikolaus Gruenwald
Stunning Photographs Taken by Surfer Who Lost His Leg in Shark Attack
This Photographer Doesn’t Just Take Women’s Portraits. She Makes Them Believe In Themselves
Photographer Hires Low-Cost Retouchers On Fiverr, And The Results Are Hilarious!
Portland-Based Photographer Brian Crippe Captures Stunning Urban Shots Across The US
Christmas Lights Around the World
Photo of the Day: A Cheeky Selfie With A Monkey
Paper Art by Benja Harney
The 'Disappearing' Beauty Of Greenland In Photographs By Albert Dros
KISS: Romance Photography Series by Maggie West
Kate Upton’s 2012 Beach Bunny Swimwear Ad Campaign
Beautiful Black And White Photos Of A 18-Year-Old Madonna Taken By Cecil Taylor In 1977
Let them eat cake!
Artist Photographs Workers On The Streets Of Tokyo To Pay Homage To The Proud Work Ethics Of Japan
Traveling Couple Captures Ethereal Images In The Most Unspoiled Places Around The World
fastskin3, speedo