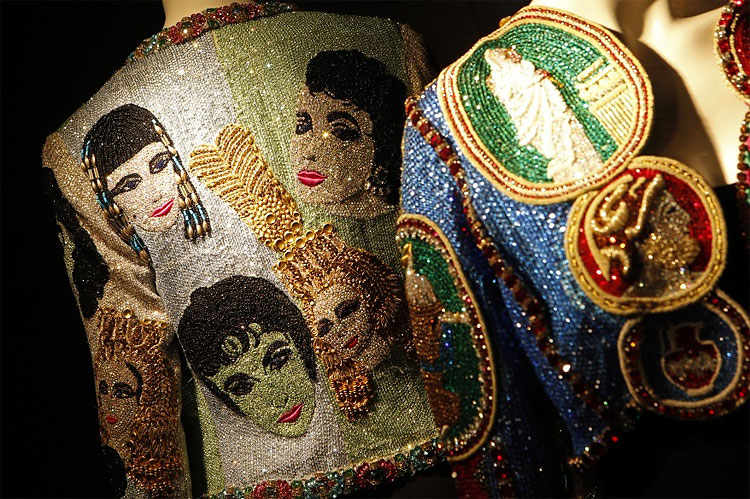 A beaded Versace evening jacket “The Face,” which belonged to Elizabeth Taylor, is on display as part of a Dec. 13 auction of the late actress’ jewelry, clothing, art and memorabilia at Christie’s Auction House in New York City. (Reuters) 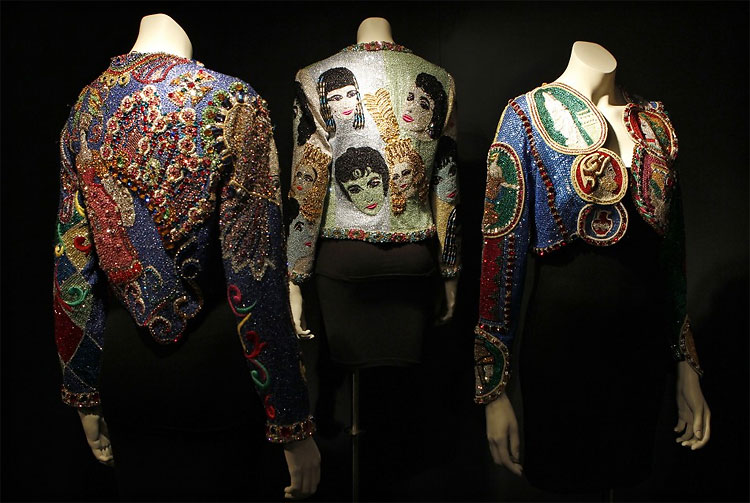 A Versace beaded evening jacket, “The Face”, labelled Atelier Versace, which belonged to Elizabeth Taylor is seen, along with other Versace jackets. (REUTERS/Mike Segar) 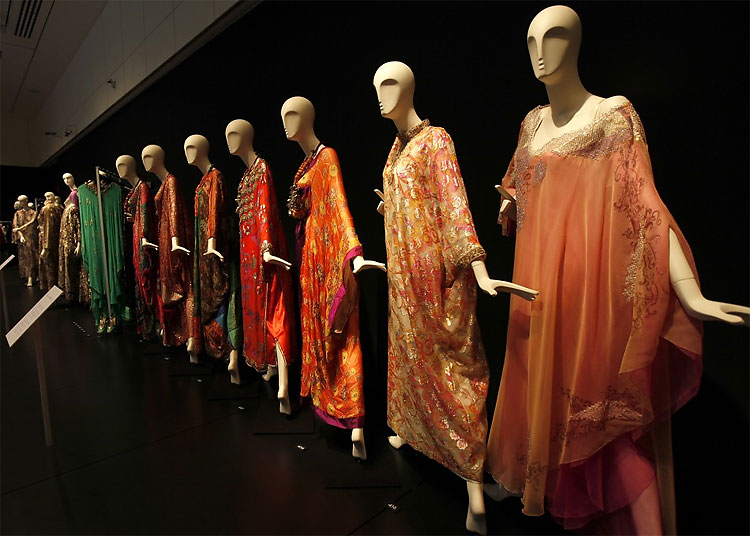 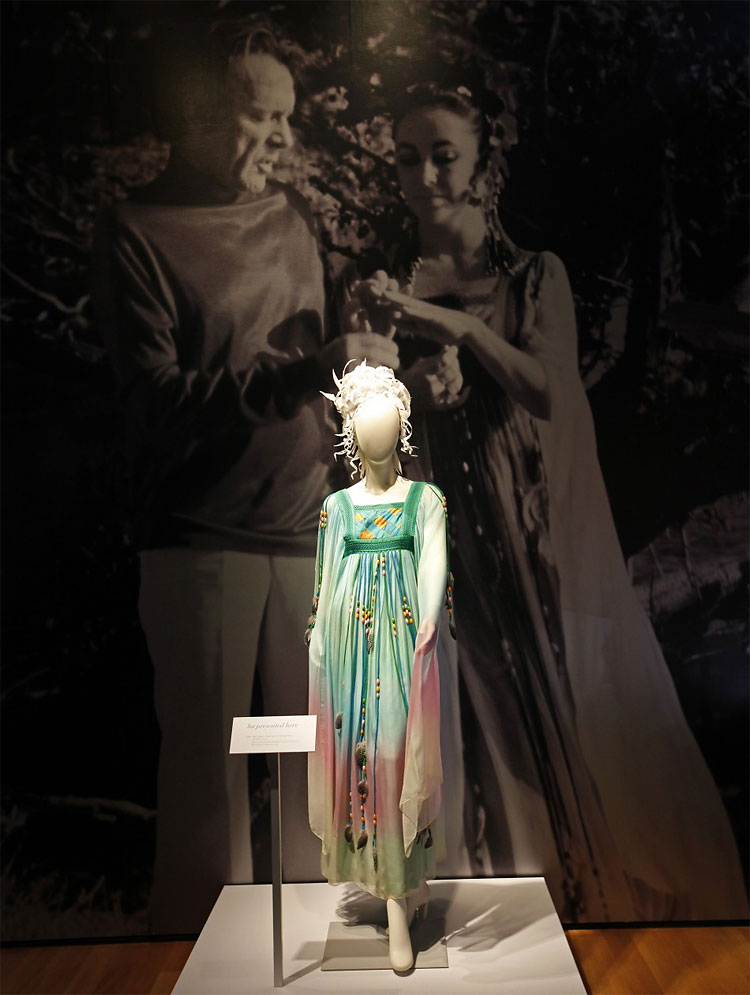 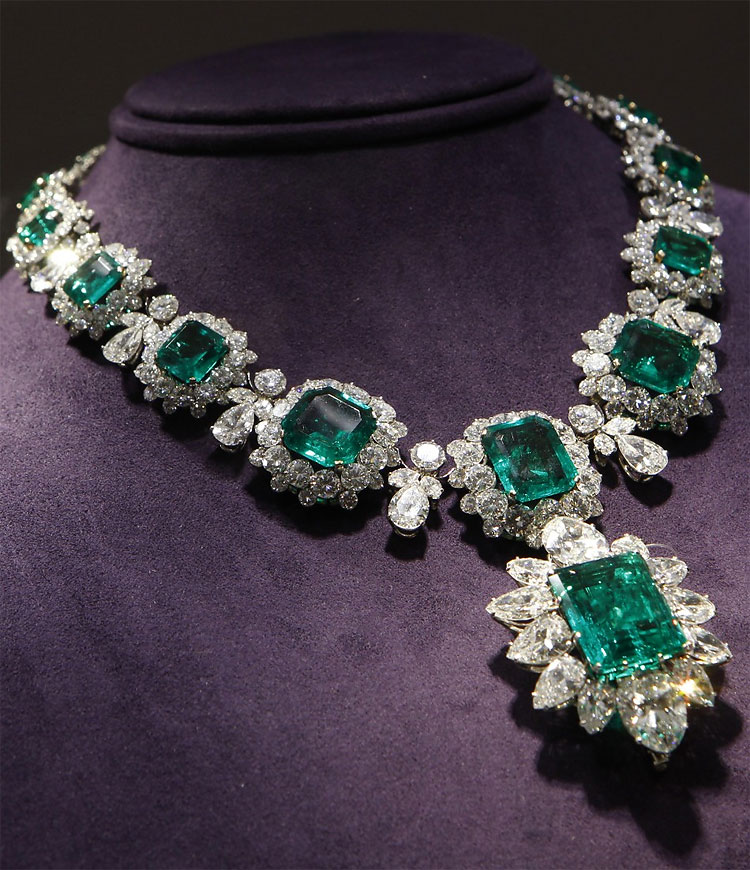 A necklace and pendant by Bvlgari. (REUTERS/Mike Segar) 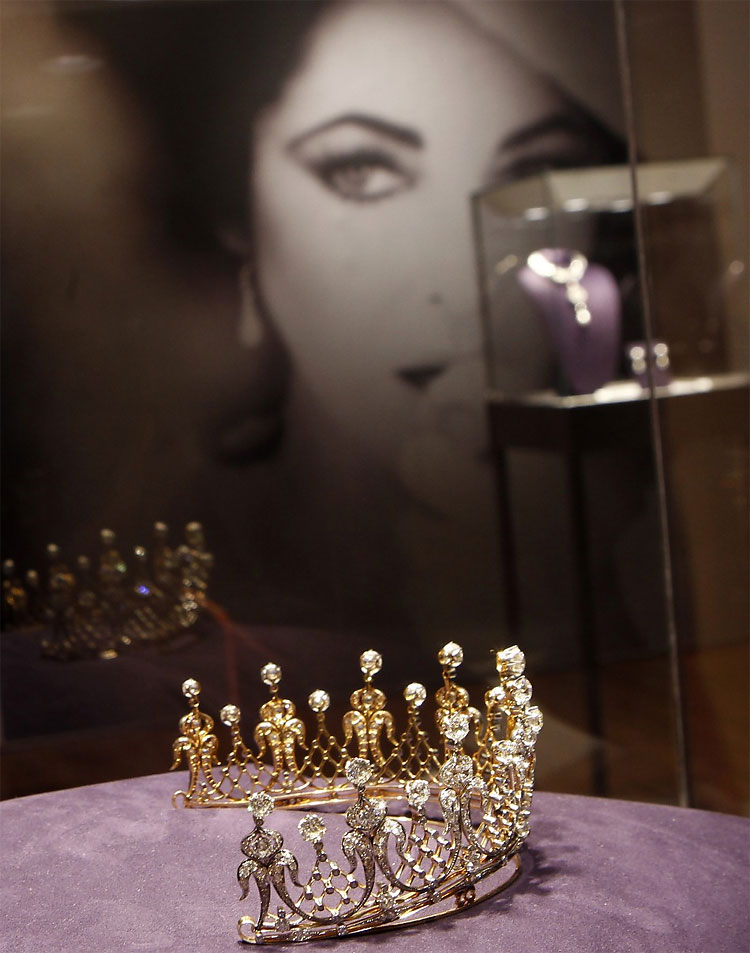 A room full of jewelry boxes belonging to the late actress. The jewelry boxes will accompany the jewels purchased at the auction. (REUTERS/Mike Segar)