It’s clear there’s a growing green transformation in cities throughout the world, with greenery poking out above concrete skyscrapers and apartment balconies. Urban gardens are no longer simply a sign of wealth, they have become a tool in both the fight against global warming and food shortage. 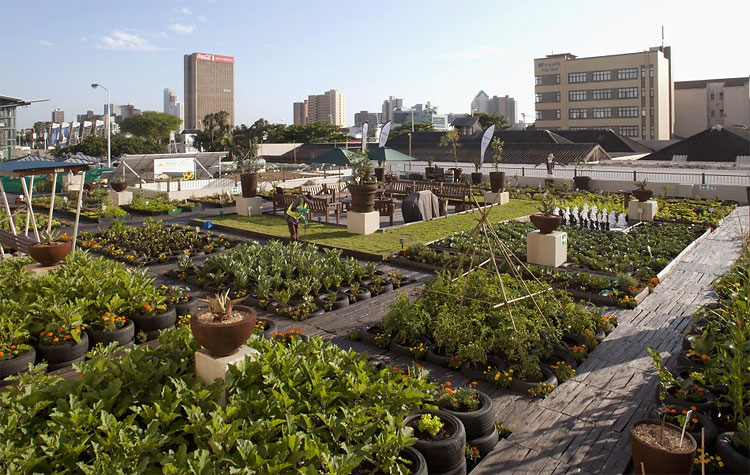 A rooftop garden on a building across the street from the International Covention Centre where the United Nations Climate Change Conference (COP17) continues in Durban, South Africa. The garden is part of the Priority Zone project run by the city encouraging urban regeneration. (Reuters / Rogan Ward) 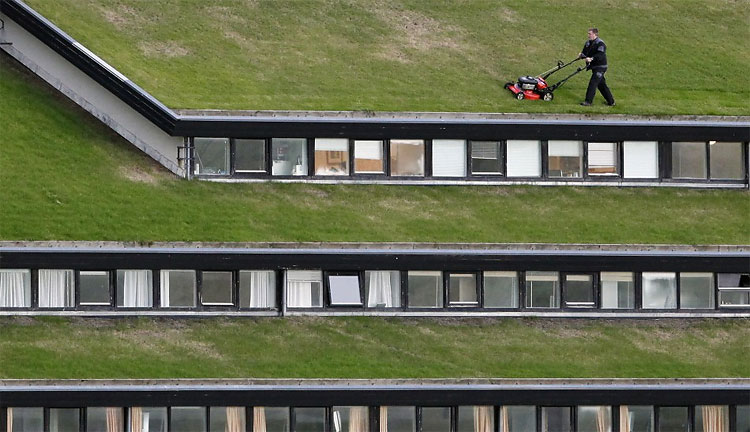 A workman mows the grass roof of a government building near the capital city of Torshavn on the Faroe Islands. (Reuters / Bob Strong) 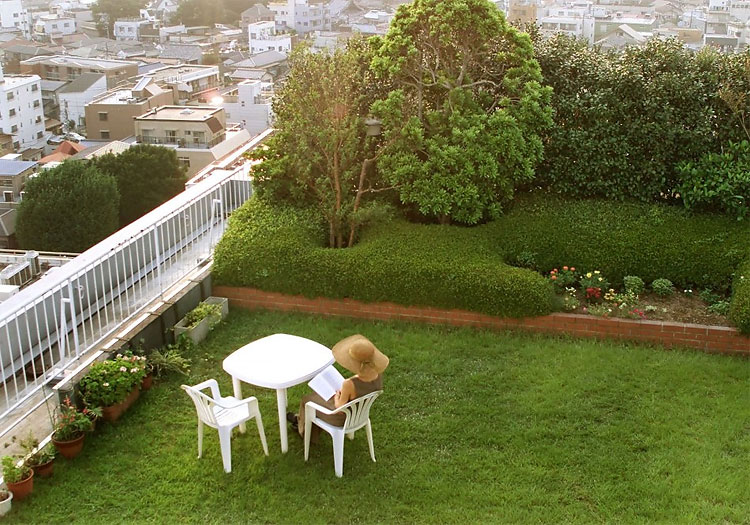 A woman reads a book in a rooftop garden of an apartment building overlooking a residential area of Tokyo. Trapped by concrete and asphalt, heat from heavy traffic and millions of air-conditioning units have made summer in the cities hotter – a phenomenon known as “heat-island effect.” By converting a bare roof top into a green oasis, it helps absorb heat and keeps temperatures inside the building lower. (Reuters / Yuriko Nakao) 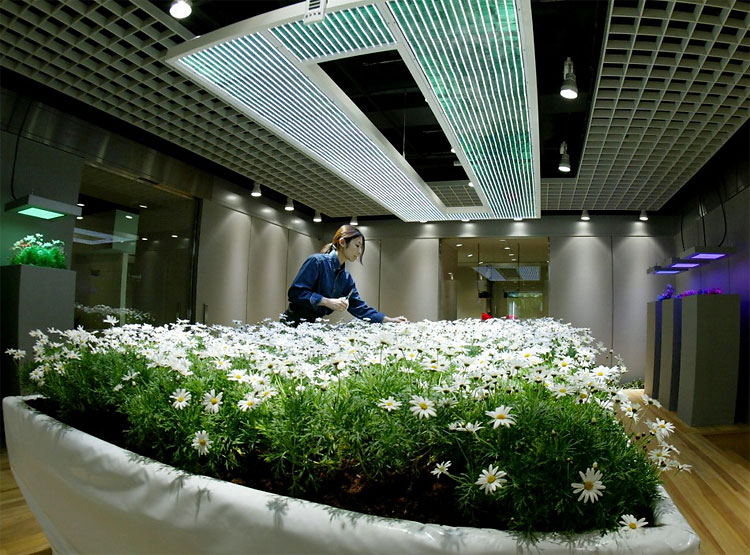 Margarets are in full bloom in an indoor garden set up in an office building in Tokyo. Various artificial lighting is provided in a number of rooms where herbs, vegetables and rice are being grown by Pasona Inc, with hopes to bring awareness about agriculture to city dwellers. (Reuters / Toru Hanai) 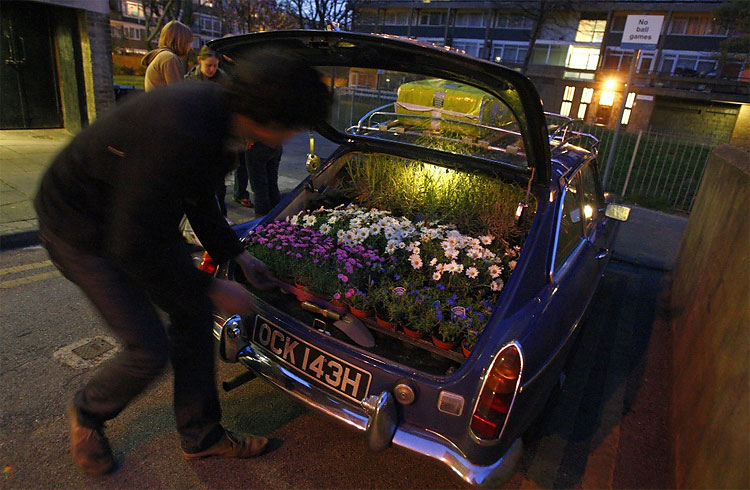 A ‘Guerrilla Gardener’ unloads flowers from a car before planting them on a spot of urban wasteland in south London April 22, 2008. The ‘Guerrilla Garderners’ work under the cover of night, armed with seed bombs, chemical weapons and pitchforks. Their tactics are anarchistic, their attitude revolutionary. (Reuters / Alessia Pierdomenico) 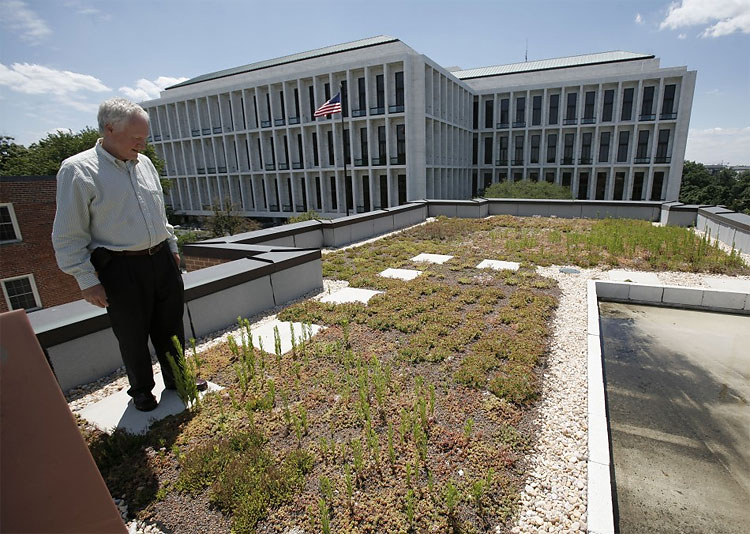 John Volk, executive secretary of the Friends Committee on National Legislation, stands atop the vegetated rooftop of the first “green” building on Capitol Hill in Washington. The landscaped roof controls runoff and helps control the temperature of the building. The FCNL Green Building is the office for the Quaker Lobby group in Washington. The building, which has been transformed from two historic Civil War era row houses, is being described as an example of practical ways to protect the environment by reducing energy consumption. (Reuters / Kevin Lamarque) 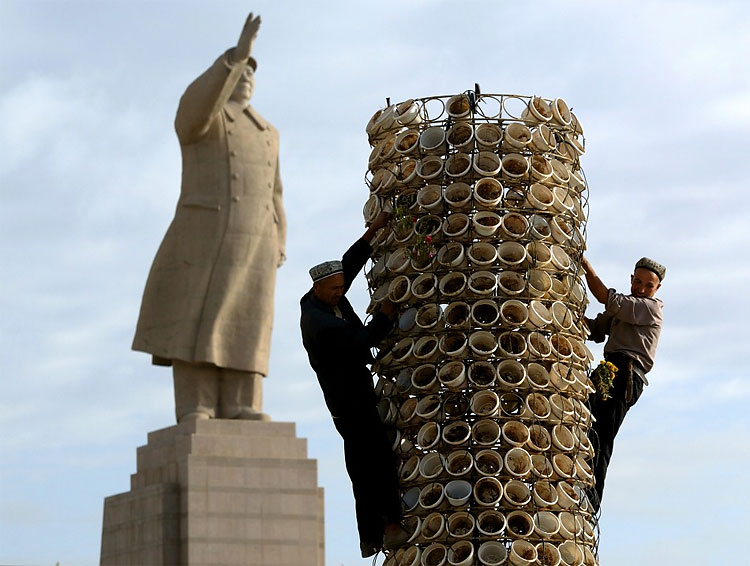 Uighur workers build a pillar to hold flowers in front of a giant statue of the late chairman Mao Zedong in the People’s Square in Kashgar, China. (Reuters / Andrew Wong) 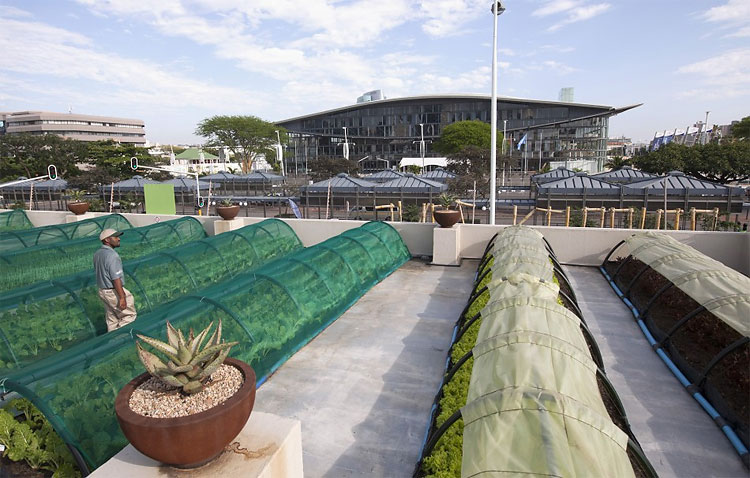 A rooftop garden on a building across the street from the International Convention Centre (top) where the United Nations Climate Change Conference (COP17) continues in Durban, South Africa. (Reuters / Rogan Ward) 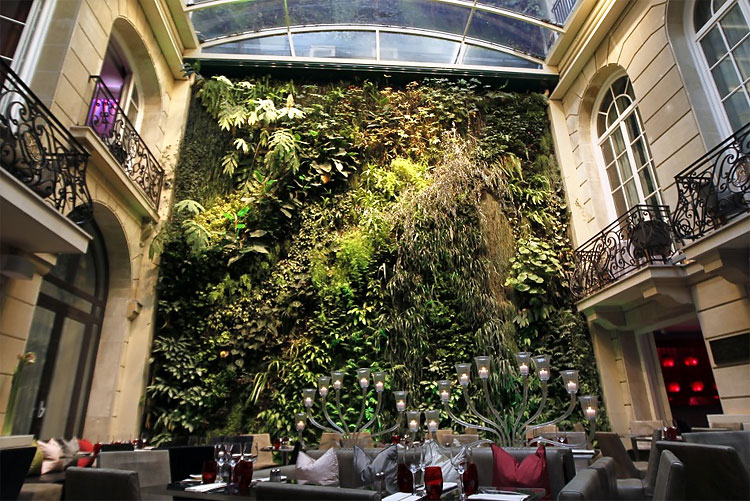 View of the 30-meter vertical garden (Vegetal Wall) in the courtyard of the Pershing Hall hotel in the 8th district of Paris designed by French Botanist Patrick Blanc. (Reuters / Charles Platiau) 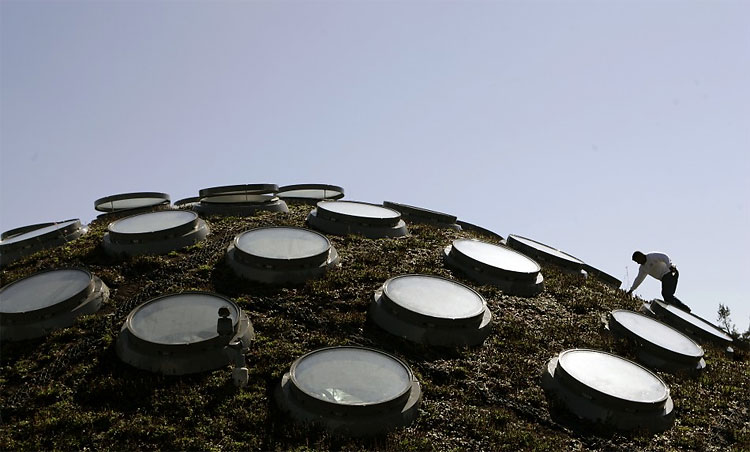 A worker climbs among skylights on the “living roof”, a 2.5 acre expanse of native California plants, at the California Academy of Sciences building in Golden Gate Park in San Francisco, California. The new design unifies the Academy’s original set of 12 buildings, features a natural history museum, aquarium, planetarium, and research facility all under a “living roof”, and is one of ten pilot “green building” projects of the San Francisco Department of the Environment. (Reuters / Robert Galbraith) 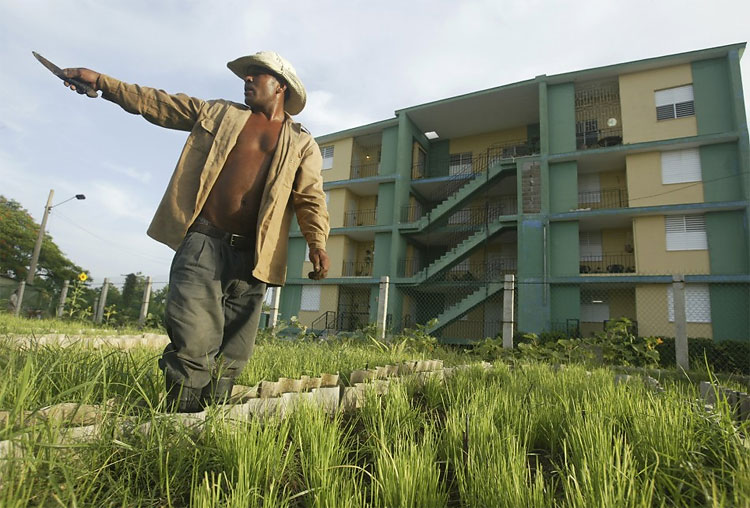 A man works in an urban garden in Havana. Cuba’s urban agriculture movement, developed in the 1990s as a response to the food crisis after the collapse of its former benefactor the Soviet Union, provides over 50 percent of the vegetables Cubans eat. (Reuters / Stringer) 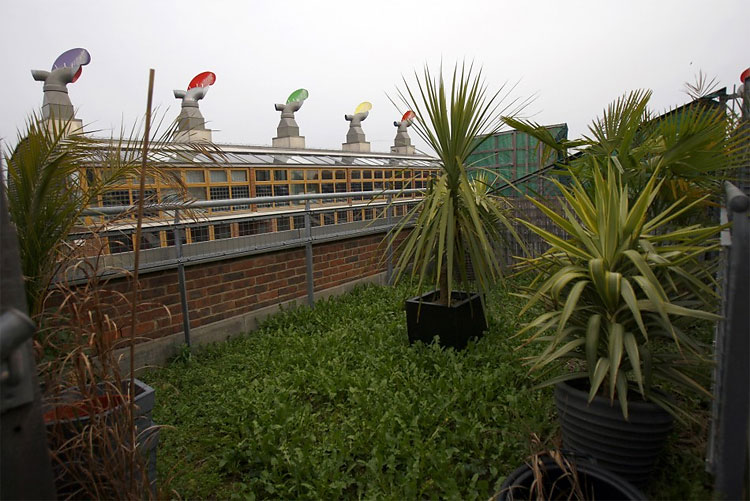