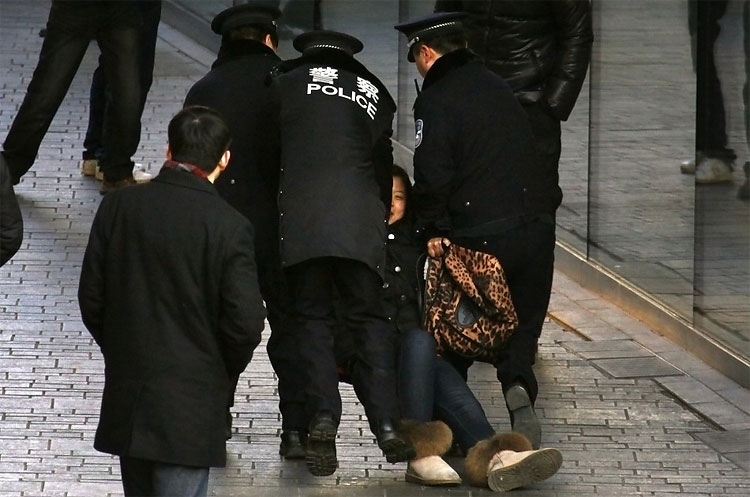 A woman is dragged away by police after she refused to leave from the front of the Apple store in the Beijing district of Sanlitun. (Reuters) 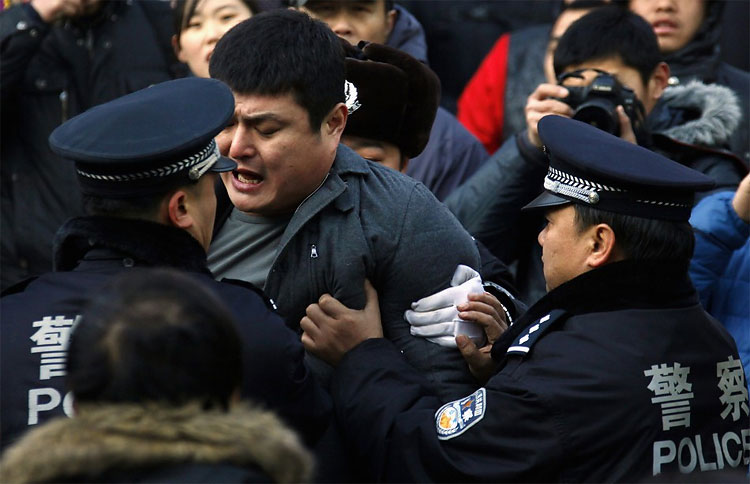 A man is dragged away by police after he refused to leave from the front of the Apple store in the Beijing district of Sanlitun. (Reuters) 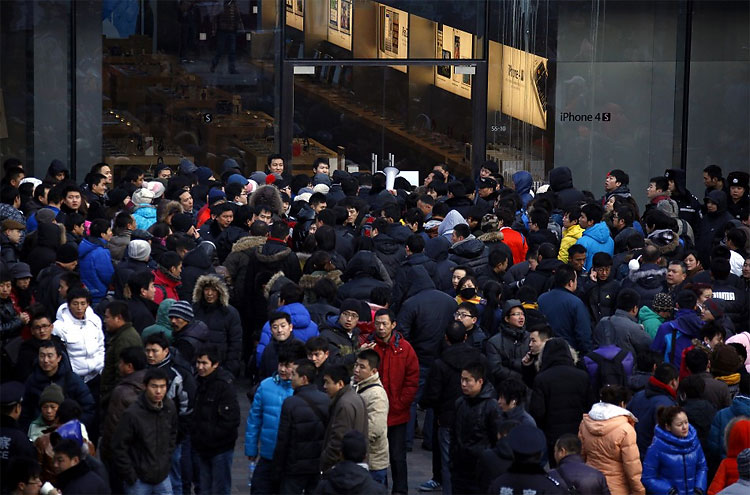 Police remove some people from the crowd outside an Apple store while they were waiting for it to open in Beijing. (Reuters) 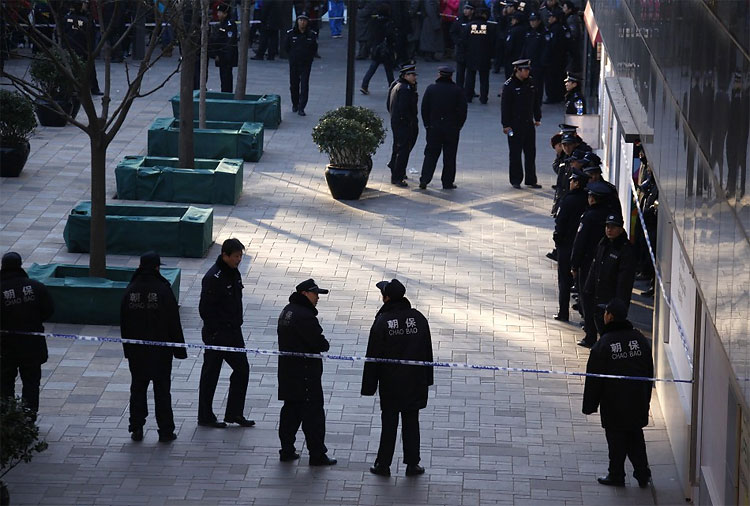 Police stand guard outside an Apple store after they dispersed a crowd from the front of the building in Beijing. (Reuters)