“Homeland” actress Claire Danes received a very high honor on Thursday: She was awarded Harvard University’s Hasty Pudding Woman of the Year title in a wacky ceremony with all the pomp and hilarity you’d expect. 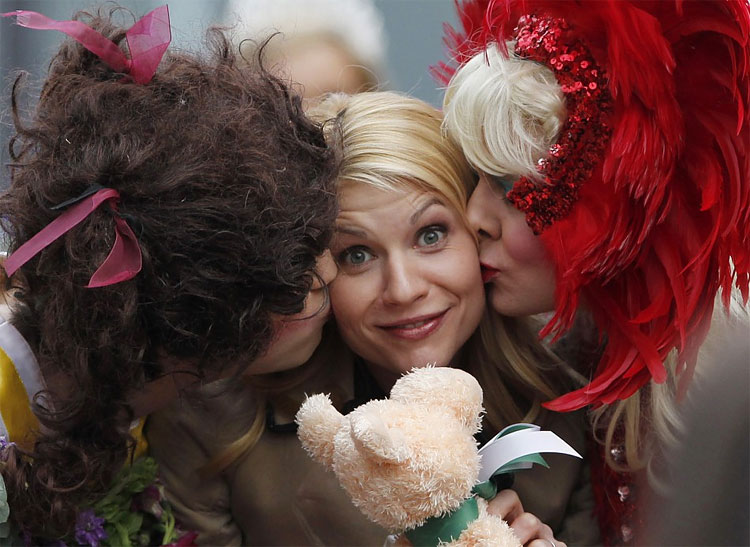 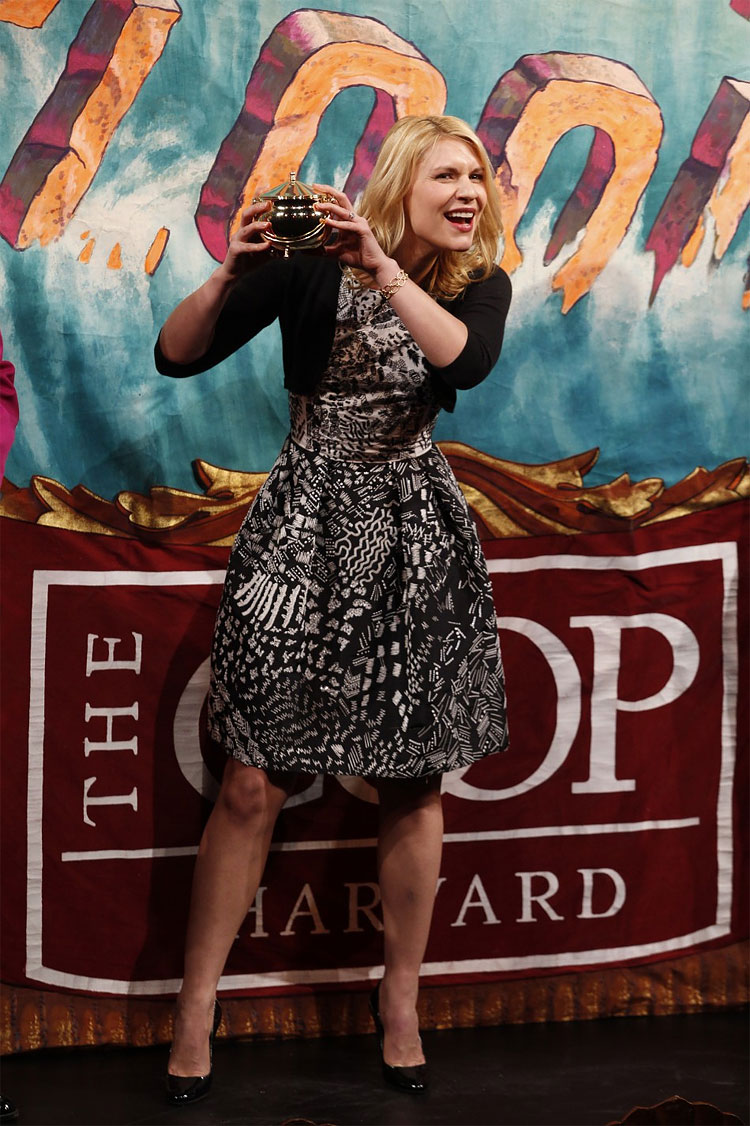 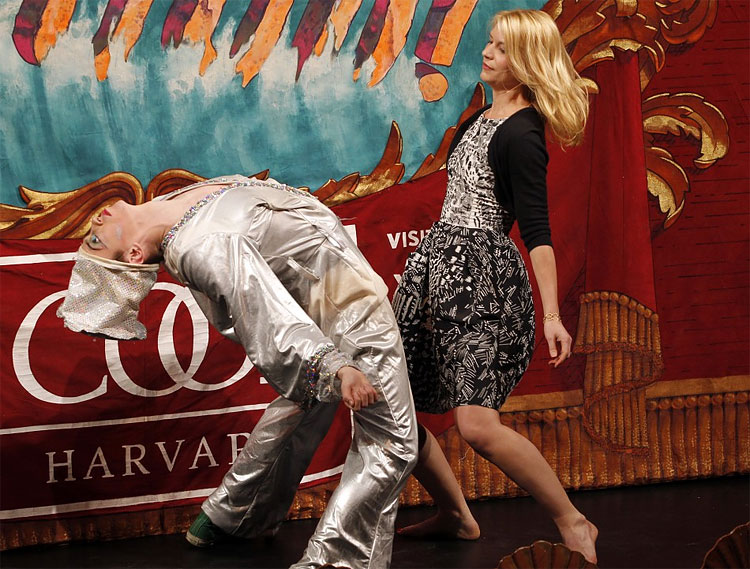 Claire Danes gets jiggy during the ceremony. 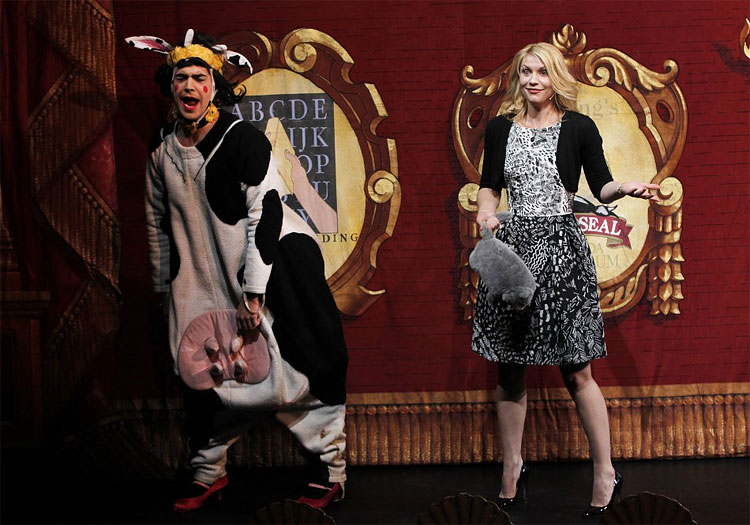 Claire Danes with a cow. 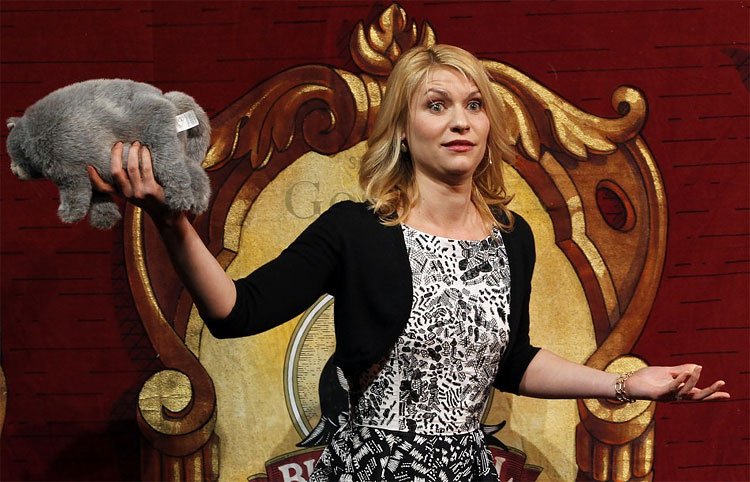 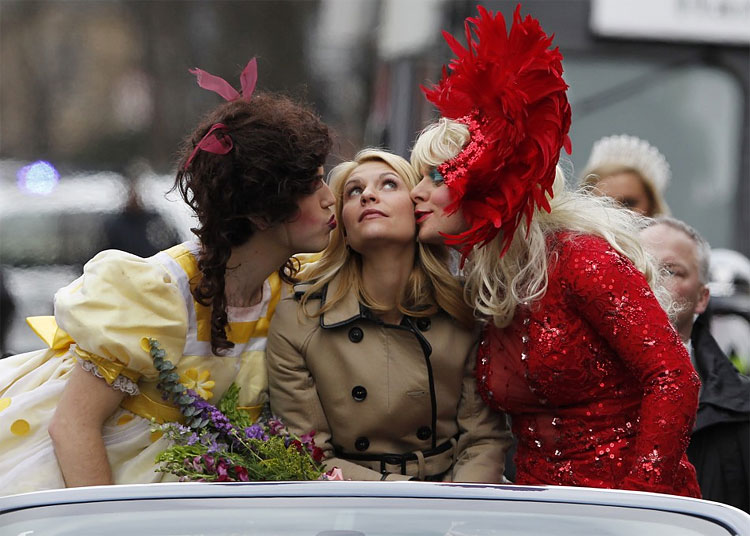 Claire Danes gets kissed by President of Hasty Pudding theatricals James Fitzpatrick and Cast Vice President Ryan Halprin, who are dressed in drag. 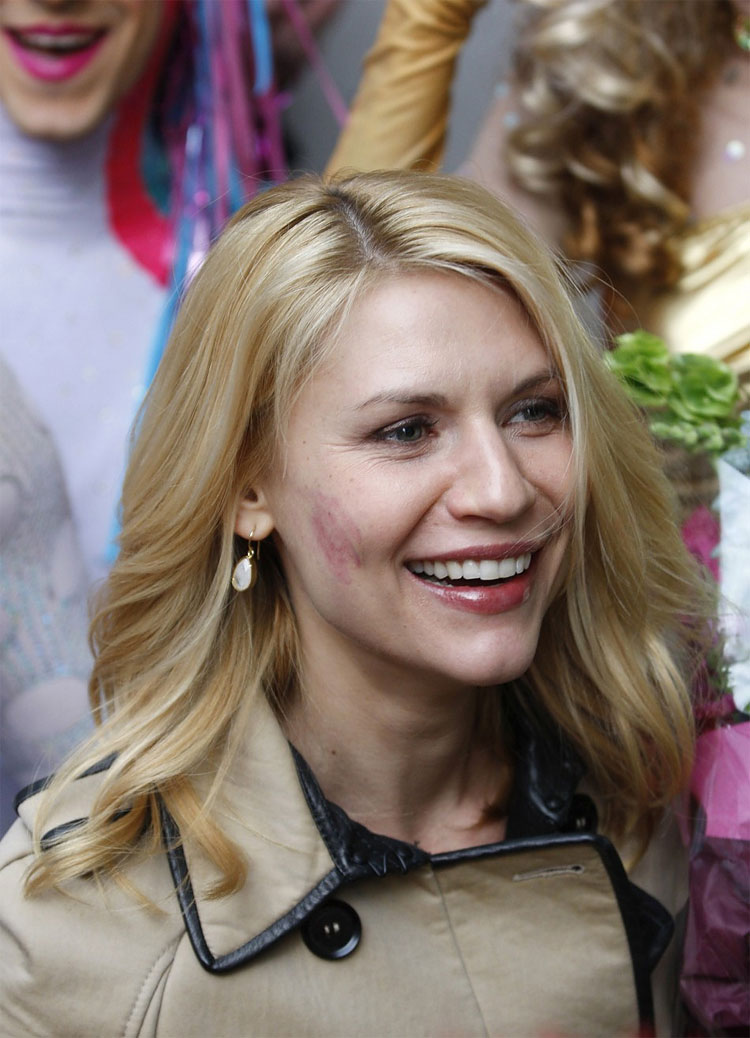 She’s got evidence of being recently smooched!