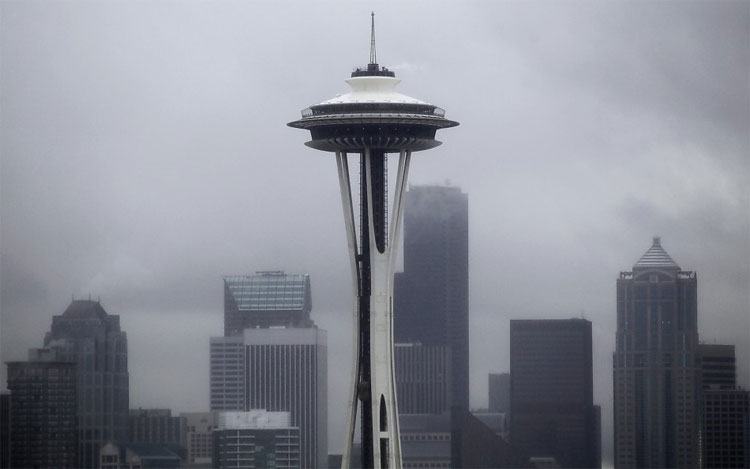 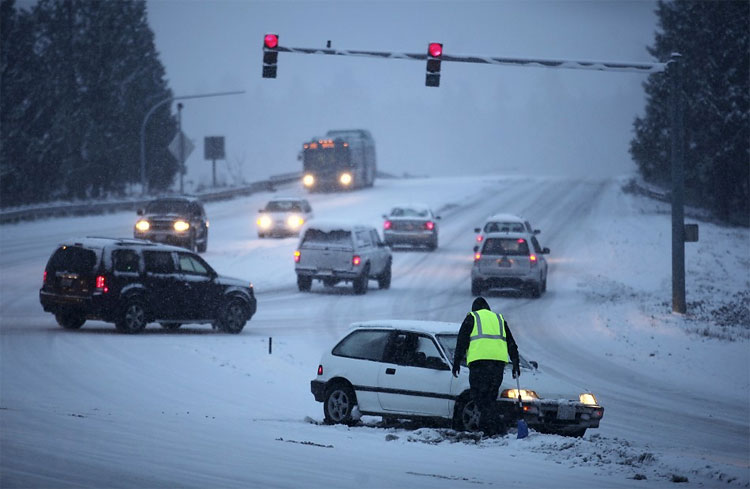 A motorist gets help while stuck on a lane barrier in the early morning commute near Interstate 405 in Kirkland, Wash. on Jan. 18, 2012. Seattle area residents on Tuesday braced for an epic storm, expected to drop up to 10 inches of snow and nicknamed “Snowmageddon” for the havoc it was expected to wreak on the region. (REUTERS/Cliff DesPeaux ) 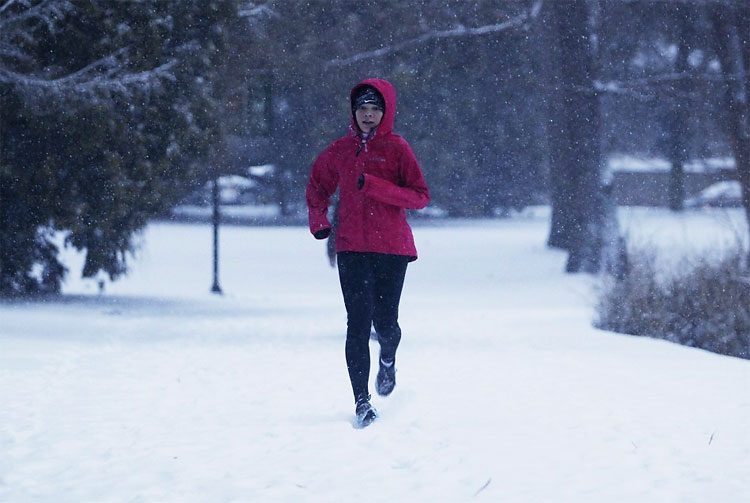 Priya Naik runs through the snow after an overnight winter storm brought heavy snows to the Puget Sound region, around Greenlake in Seattle on Jan. 18, 2012. (REUTERS/Anthony Bolante) 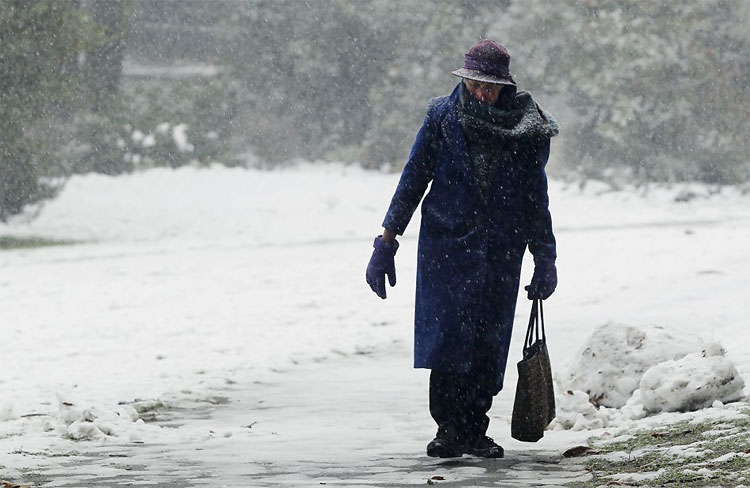 Seattle resident Carmel Pope is bundled up in wool as she walks through a snow flurry in Volunteer Park in Seattle on Jan. 17, 2012. (REUTERS/Anthony Bolante) 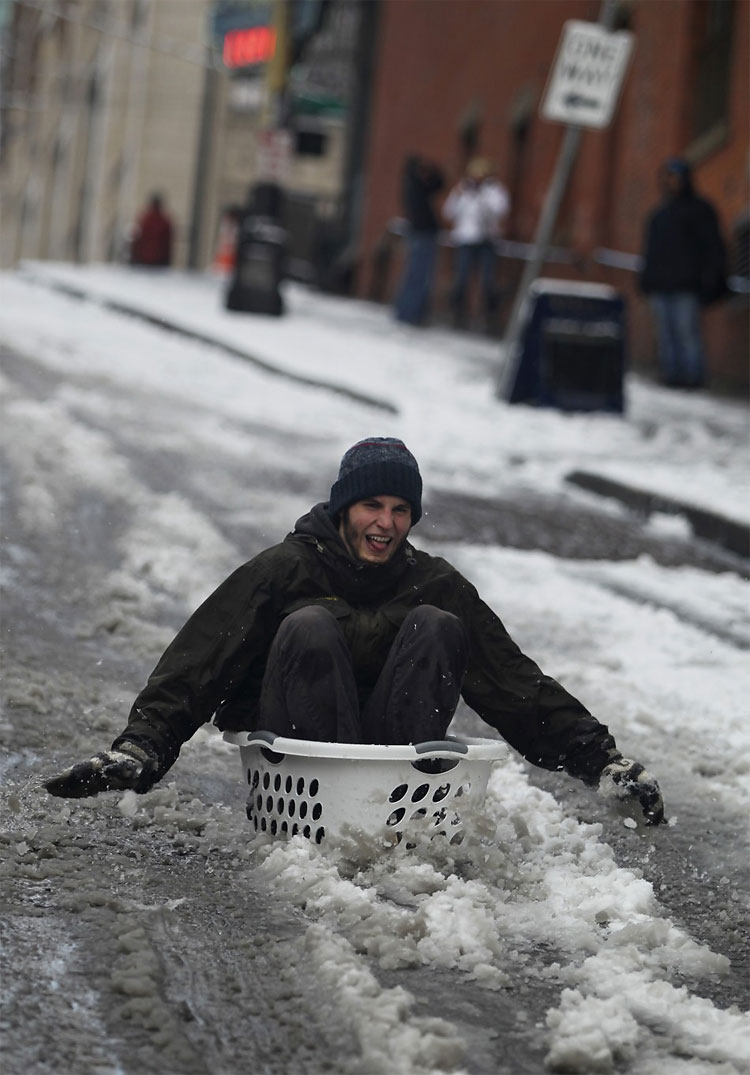 Joshua Richardson of Seattle slides down Virginia Street in a laundry basket in Seattle, after heavy snowfall in the Puget Sound Region. (REUTERS/Anthony Bolante) 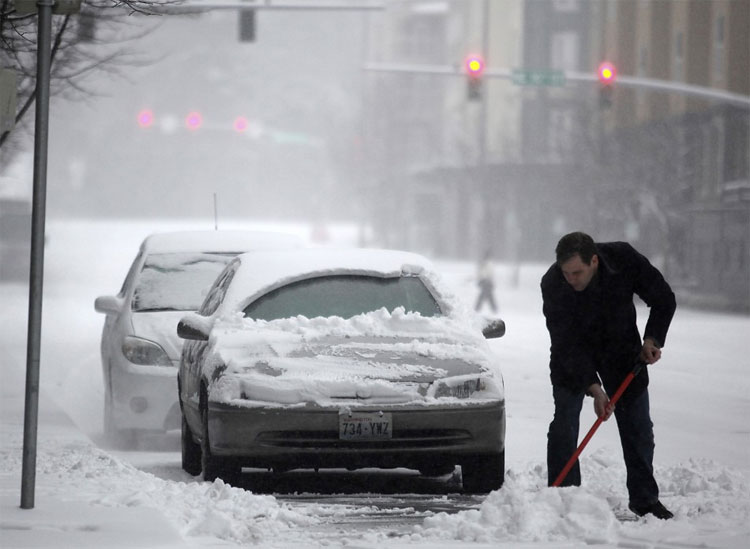 Cary Rheder of Newcastle, Wash. shovels snow off his car in downtown Bellevue, Wash. while on his way to work on Jan. 18, 2012. (REUTERS/Cliff DesPeaux) 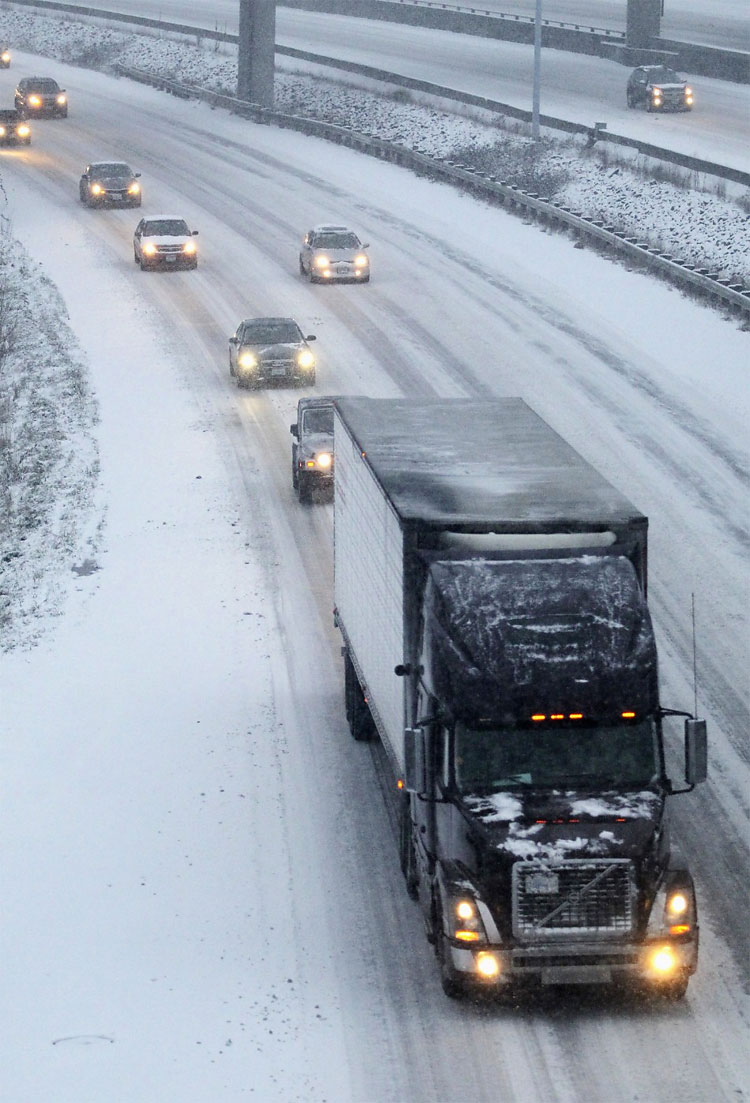 I-5 Interstate Highway traffic crawls along the Southbound lane into downtown Seattle after an overnight winter storm brought heavy snows to the Puget Sound region on Jan. 18, 2012. While metropolitan Seattle received only a few inches, snowfall was heavy in the South Puget Sound and Olympic peninsula. (REUTERS/Anthony Bolante) 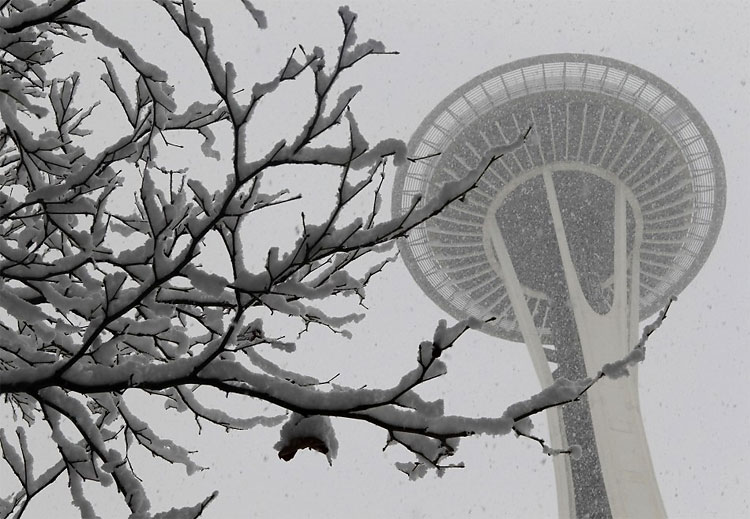 The Pacific Northwest is bracing for a major snow storm expected to hit late Tuesday and continue into much of Wednesday. The storm could bring record amounts of snow to Seattle and other cities in the region. The snow storm this week could exceed the amount of snow seen in the region since the record-breaking November 1985. Pictured here snow accumulates on the branches of trees below the Space Needle in Seattle, after heavy snowfall in the Puget Sound Region on Jan. 15, 2012. (REUTERS/Anthony Bolante)