House of Lemon, Wolf Riding Tricycle and Other Weird Snapshots from Around the World 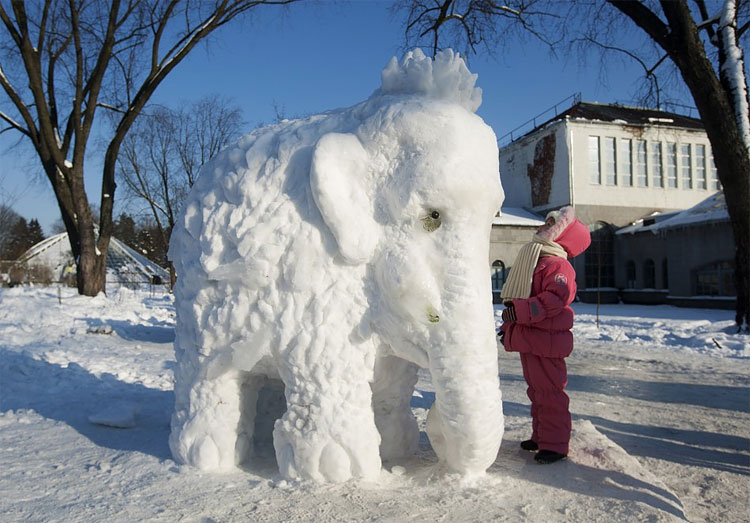 A visitor looks at an elephant made of snow and ice at the Central Botanical Garden during winter in Minsk, February 12, 2012. REUTERS/Julia Darashkevich. (Reuters) 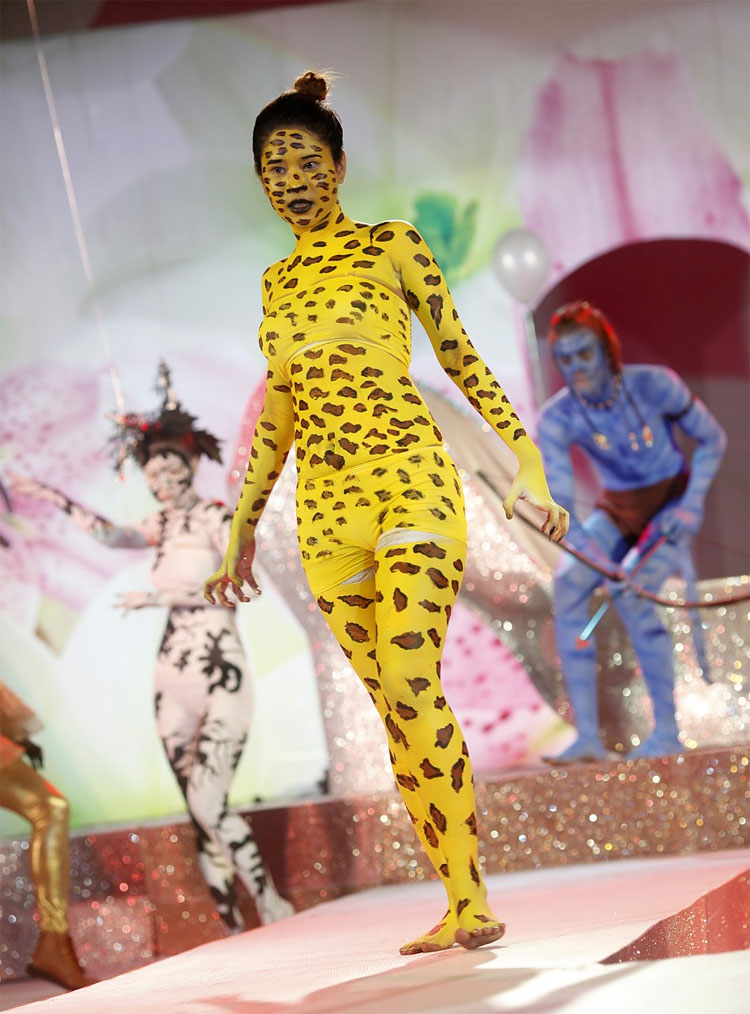 Performers walk during a fashion show in Sedona hotel in Yangon February 10, 2012. (Reuters) 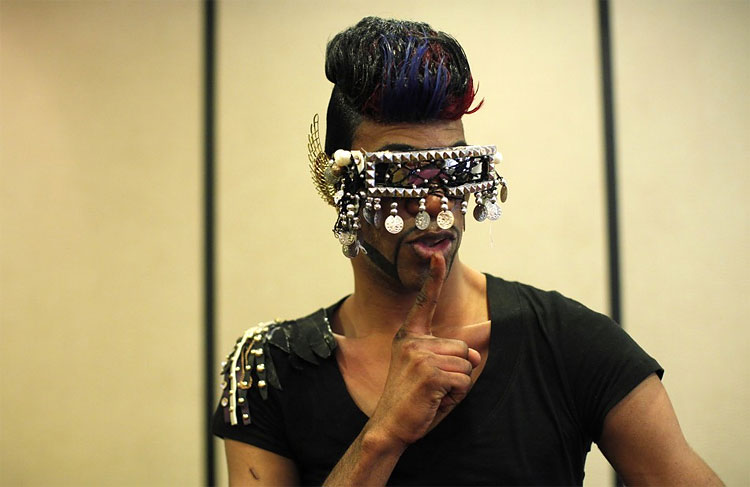 A backstage worker poses for a picture before the Curvy Fall/Winter 2012 collection show during New York Fashion Week February 10, 2012. (Reuters) 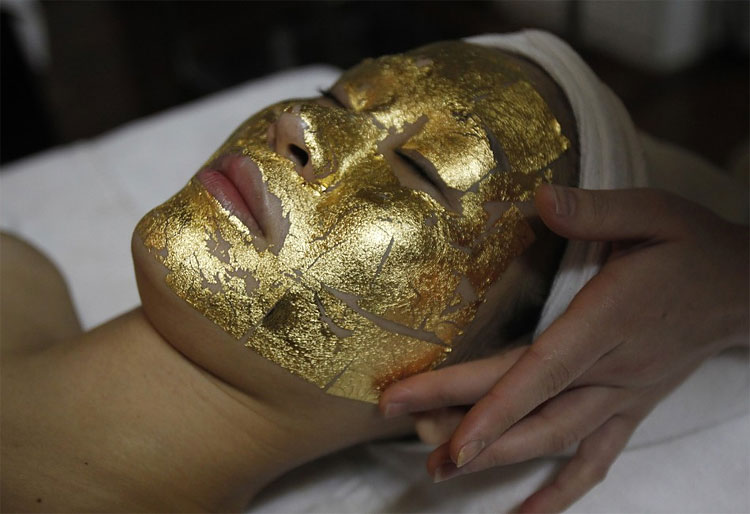 An employee pastes gold leaves onto a client’s face at the Viet My beauty salon in Hanoi February 13, 2012. Despite tough economic conditions, including soaring inflation, people in Vietnam seem to be spending heavily as usual on special occasions like Valentine’s Day. Viet My is one of a small number of salons in Vietnam that provides 24k gold leaf face mask therapy, said to help make skin whiter. A single facial costs 1.8 million Vietnam dong ($86.41). (Reuters) 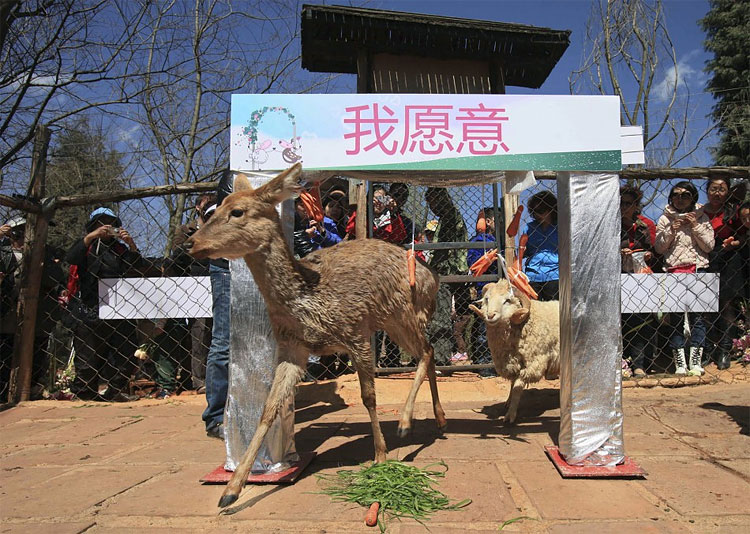 Changmao, the ram and Chunzi, the doe pass through an arched door written with the Chinese characters “I do”, during a cross-species wedding ceremony at Yunnan Wild Animal Park on Valentine’s Day in Kunming, Yunnan province, February 14, 2012. (Reuters) 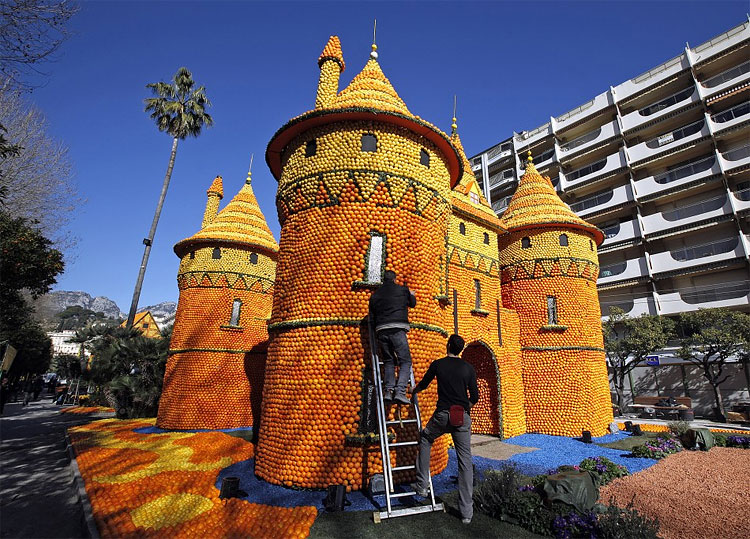 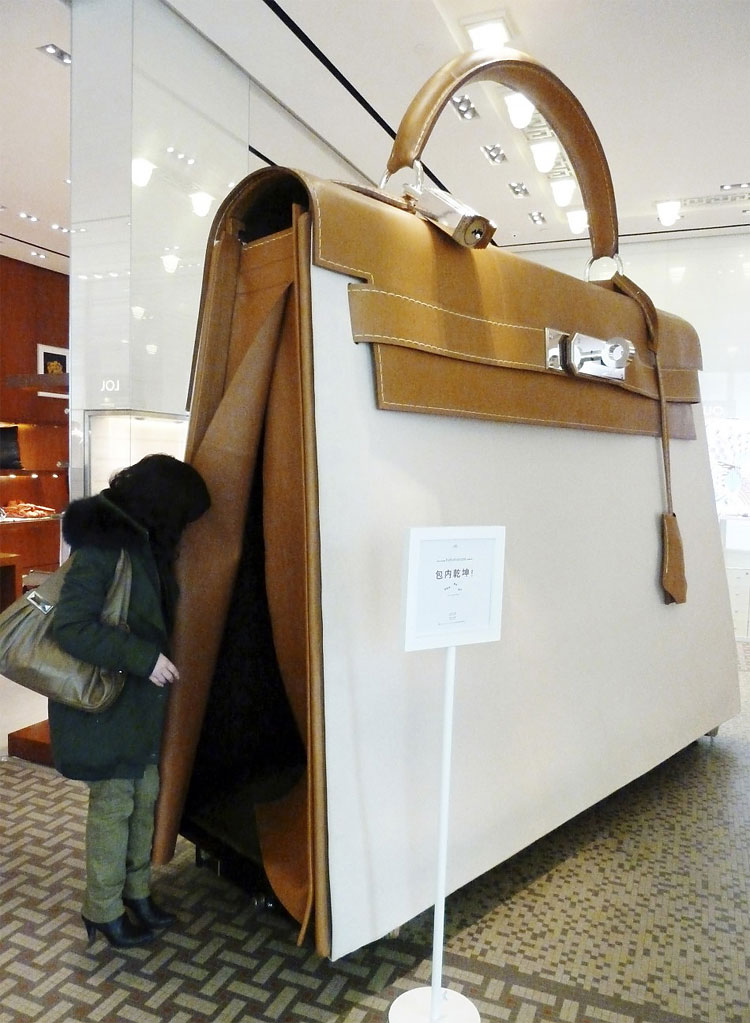 A customer looks into a giant Hermes Kelly handbag at a Hermes boutique in Nanjing, Jiangsu province February 17, 2012. The 4-meter-tall handbag, being made with the same materials as Hermes Kelly Bags, was on exhibition from Thursday aiming to attract more customers, local media reported. (Reuters) 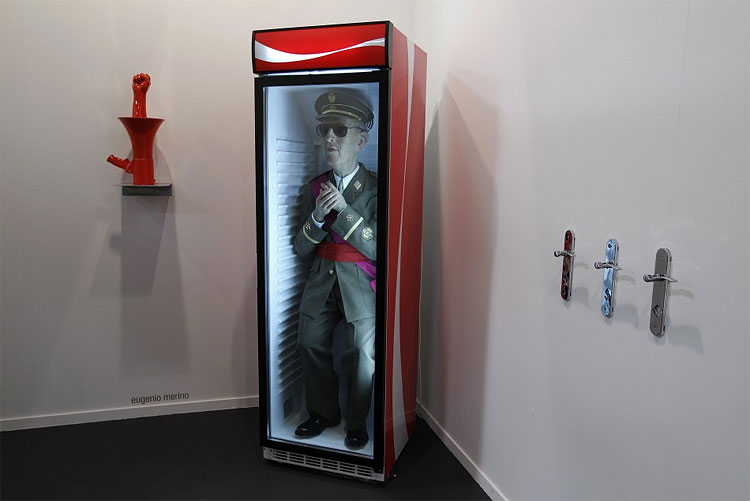 An artwork entitled “Forever Franco” by Spanish artist Eugenio Merino, featuring a figure of Spain’s former dictator Francisco Franco inside a refrigerator, is seen at the ARCO art fair in Madrid February 15, 2012. The contemporary art fair runs from February 15-19 and will feature works from 150 galleries from 30 different countries. (Reuters) 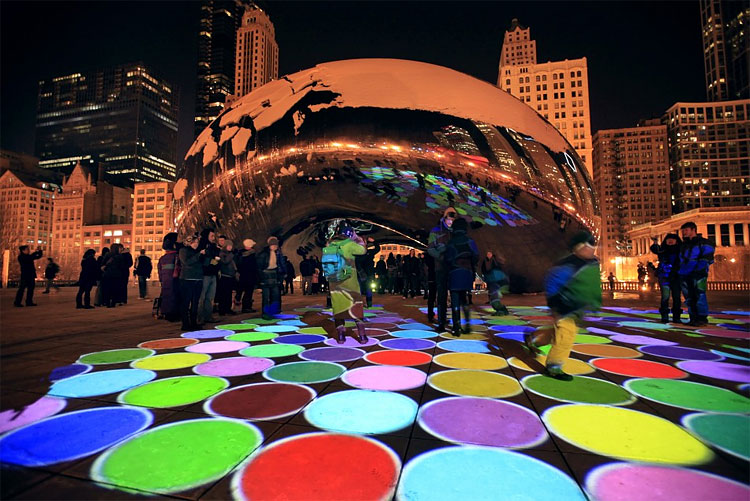 People examine “Luminous Field” a sound and video show projected at Cloud Gate, also known as “The Bean” in Millennium Park in Chicago, February 11, 2012. The show created by Petra Bachmaier and Sean Gallero will be projected nightly until February 20. (Reuters) 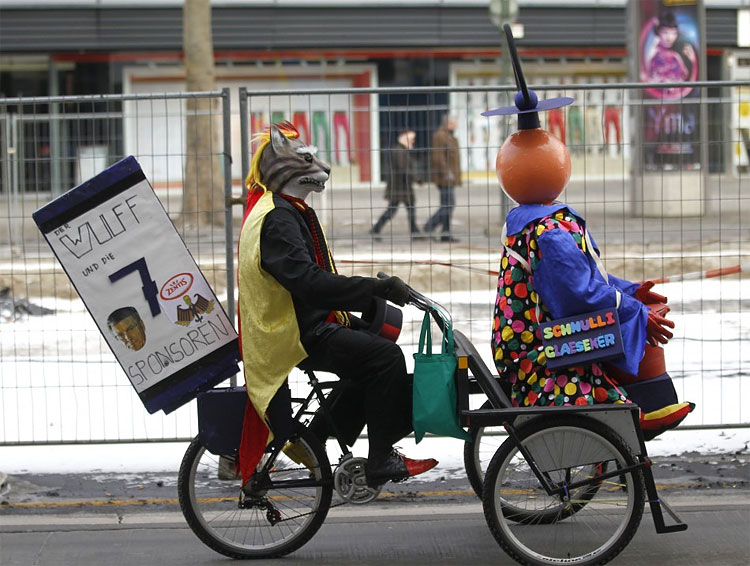 A carnival reveller in a wolf costume rides a tricycle with banner which reads “Wulff (German President Christian Wulff) and 7 Zentis sponsor” during a carnival parade in Berlin, February 12, 2012. Carnival processions in Germany are held immediately before the period of Lent, with revellers dressing up in fantasy costumes, dancing in the streets and mocking politicians and other people in the public sphere. (Reuters)