North Korea’s Ryugyong Hotel: ‘Worst Building in the History of Mankind’ and Probably the Ugliest 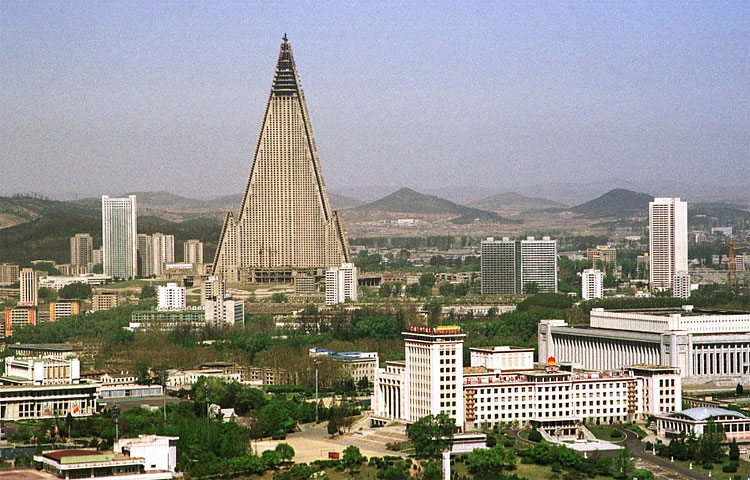 North Korea’s Ryugyong hotel, described as “the worst building in the history of mankind” by Esquire magazine, is set to open partially for business this spring, 23 years behind the schedule, Seoul-based Yonhap news agency reported.

The 105-storied colossal structure, constructed almost entirely of concrete, is taller than New York’s Chrysler Building and looks like a rocket ship. North Korea began constructing the hotel in 1987 with a view to showcasing the nation’s prosperity before the world. But the government, instead, turned it into a mockable structure embodying its wider failures. The hotel was left unfinished four years ago after running short of funds and resources.

Pyongyang’s plan to open the hotel – initially as an office complex and eventually to tourists – is partly supported by investment from the Egyptian company Orascom, which is building a mobile network in the country, the Washington Post reported.

The hotel, which was originally designed to accommodate 3,000 rooms, five revolving restaurants, a bowling alley and a nightclub, will leave the middle floors vacant, initially.

Here: The 105-storey Ryugyong Hotel splits the sky over Pyongyang, the North Korean capital. The picture of a crane sitting idle on top of the hotel has become a familiar one for locals, unchanged for over a decade. The partially complete building now stands tall, but without windows or visitors. Picture taken April 24, 2002. (REUTERS/Teruaki Ueno) 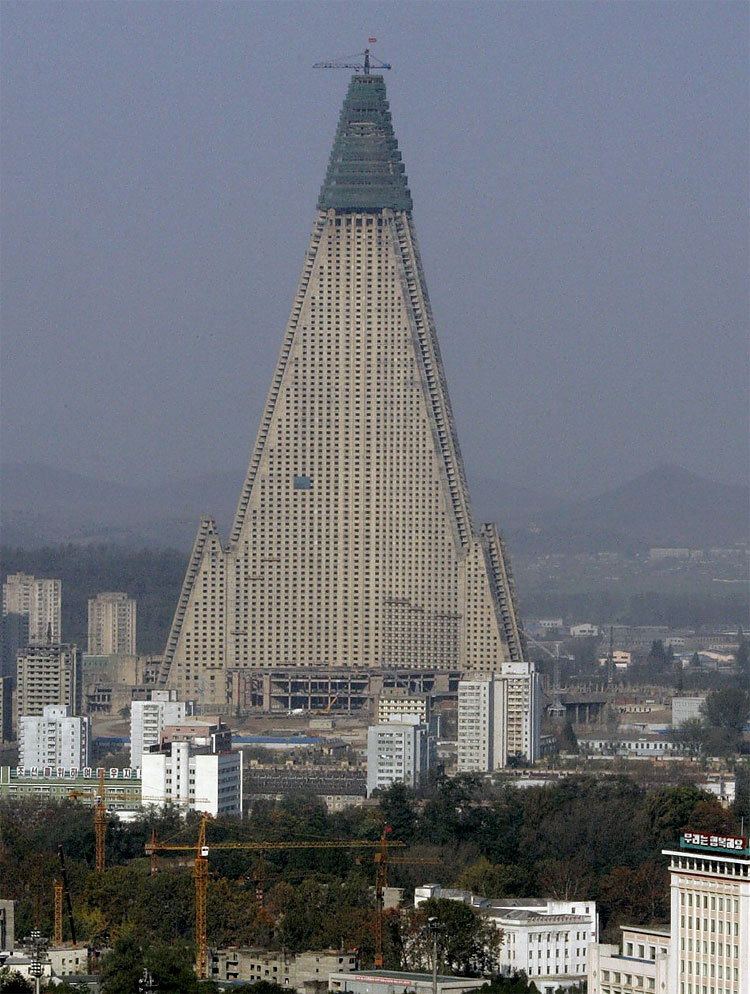 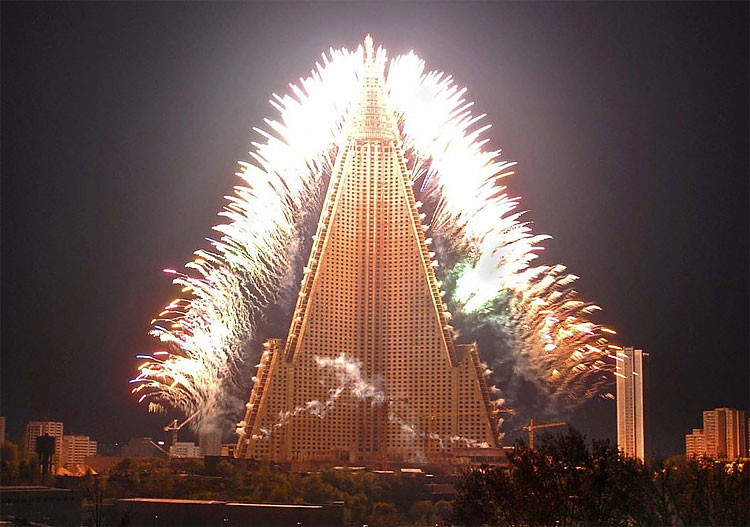 Fireworks are set off around the 105-storey Ryugyong Hotel to celebrate the May Day anniversary near the Botong River in Pyongyang May 1, 2009 in this picture released by North Korea’s KCNA news agency on May 2, 2009. (REUTERS/KCNA) 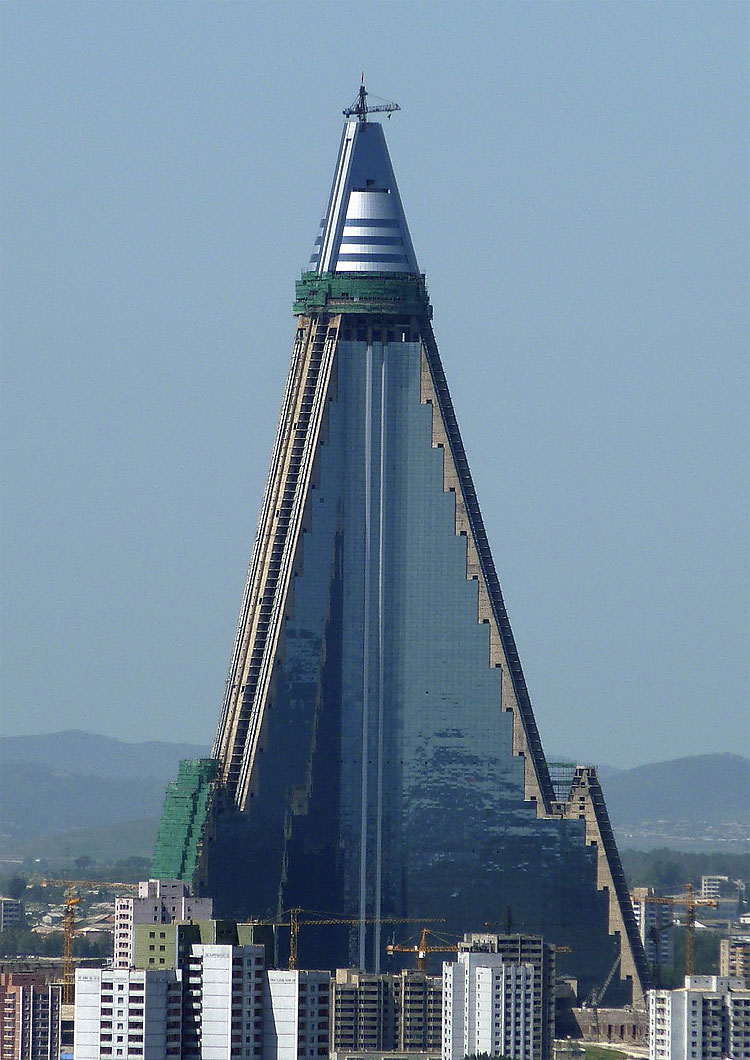