Picasso’s Guernica painting turns 75 years old this year, and in order to have it restored, Madrid’s Reina Sofia museum has designed a robot capable of scanning the entire painting for signs of wear and places where restoration is needed the most. The museum teamed up with Spanish telecommunication company Telefonica to build Pablito, as it’s now called, and the robot goes to work every night taking thousands of high-resolution pictures of the famous black and white anti-war painting.

Normally, when a painting the size of Guernica needs to be restored, it is taken down and worked on in a laboratory. But, because Guernica has been moved so many times, and even altered, curators thought it would be best to leave it hanging in the museum, and turn the first part of the job over to a technological master. The oil-on-canvas painting depicts tormented and distorted human and animal figures, a representation of the horror of modern warfare. It was inspired by the Italian and German bombing of a Spanish town in the Basque region during the Spanish Civil War in 1937. Start the slideshow to see Pablito hard at work. 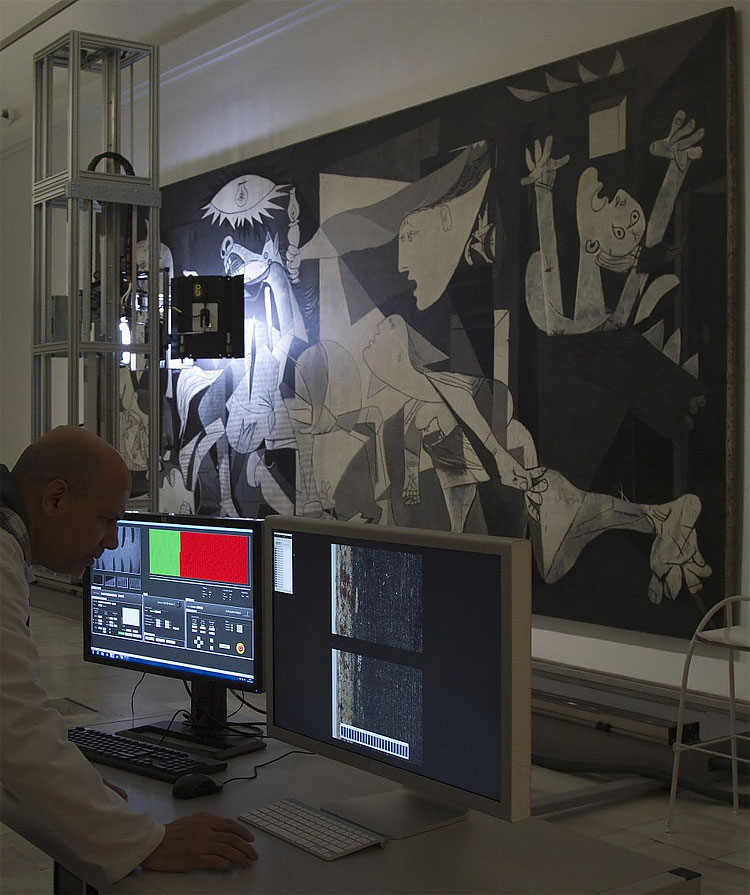 Technician Humberto Duran checks pictures taken by a camera mounted on a mobile robot-like structure as its moves across Pablo Picasso’s ‘Guernica’ painting at the Reina Sofia Museum in Madrid February 28, 2012. Experts have long been concerned about the health of Picasso’s “Guernica,” one of the world’s most iconic paintings but one which is diagnosed as extremely delicate after a hectic life. A mobile, robot-like structure, using advanced infrared and ultraviolet photographic technology, is taking thousands of microscopic shots of the painting to allow analysts to penetrate the work like never before and see its real condition. The mechanism has been constructed precisely so that the “Guernica” is not endangered in any way by having to be moved to a conservation laboratory, where normally such investigative work would be done.(Reuters) 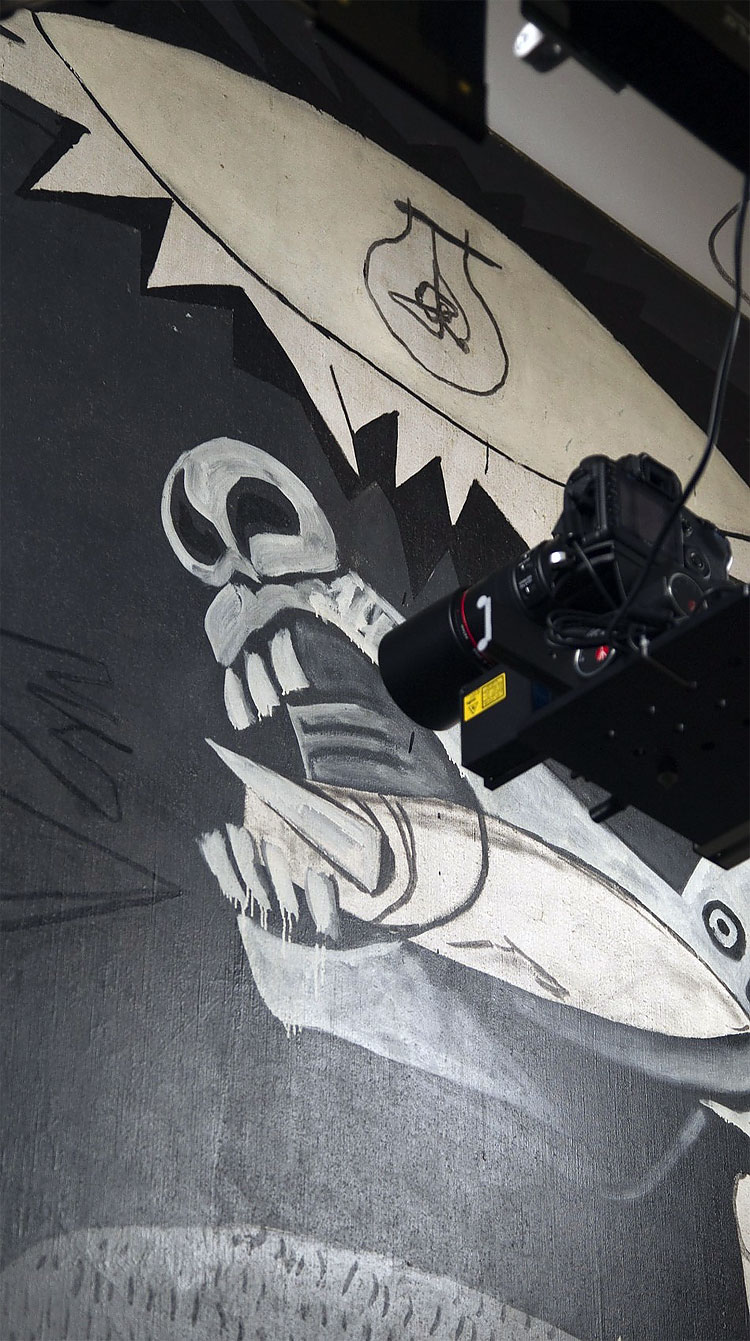 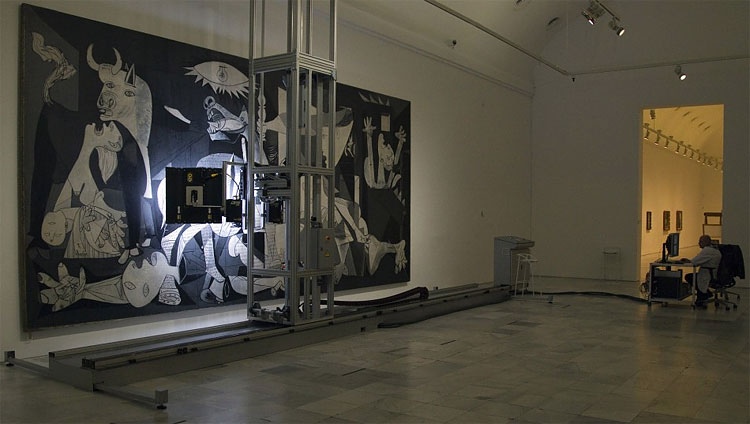 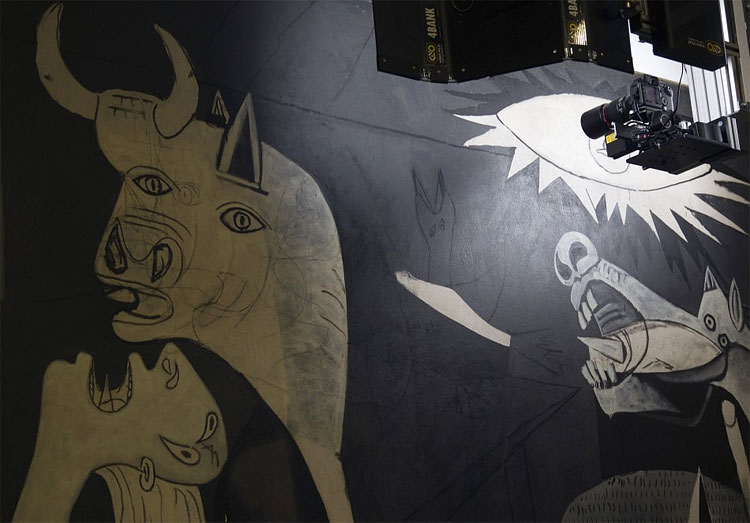 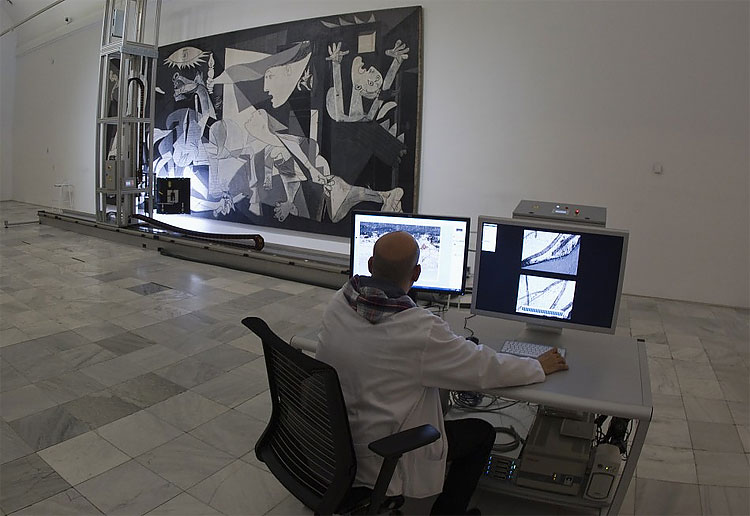 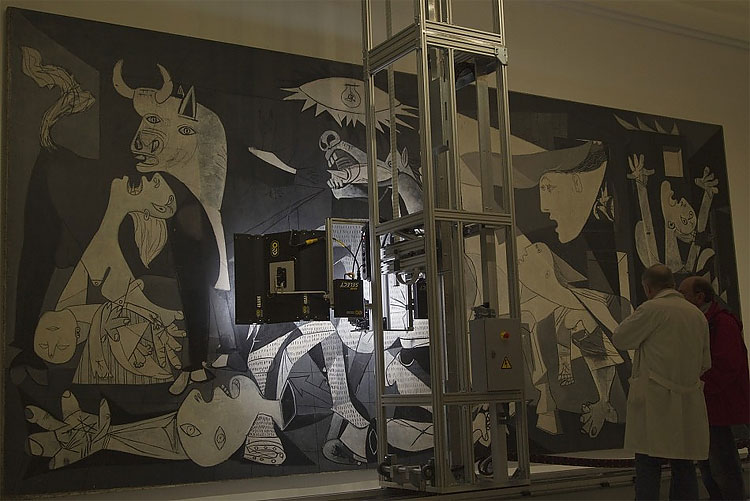 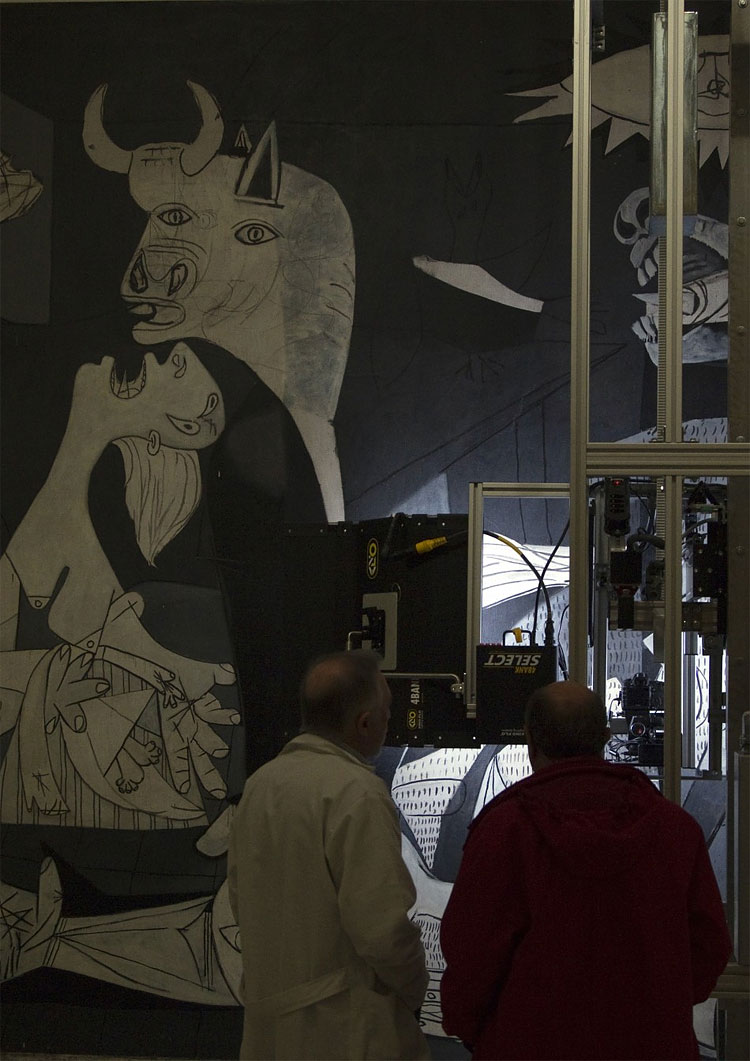