As the name implies, the “Tough Guy” challenge is not for the faint of heart. The 2012 event saw nearly 6,000 ice-cool competitors from around the world flock to the British Midlands in hopes of winning the coveted title.

The competitors, both men and women, ploughed through an eight-mile assault course in Perton, near Telford, Shropshire, that was made up of “25 obscurantismalistic obstackels (sic).” With guts of steel, the gluttons for punishment waded through muddy, sub-zero swamps and crawled through electrified tunnels – all while marshals dressed as commandos fired blank artillery shells and threw thunder flashes and smoke bombs over their heads.

Sunday’s race – the 25th in the event’s history – attracted runners from over 20 nations. Each was required to sign a “death warrant,” clearing the organizers of any legal responsibilities in the event of injury or death.

German junior doctor Knut Hoehler, 26, braved muck and mayhem (and a bloody head injury) to come first, in a time of one hour 11 minutes and 57 seconds. 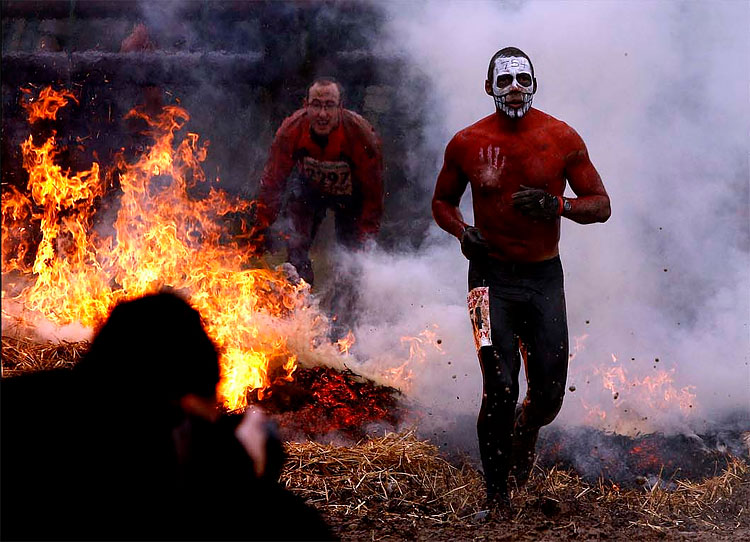 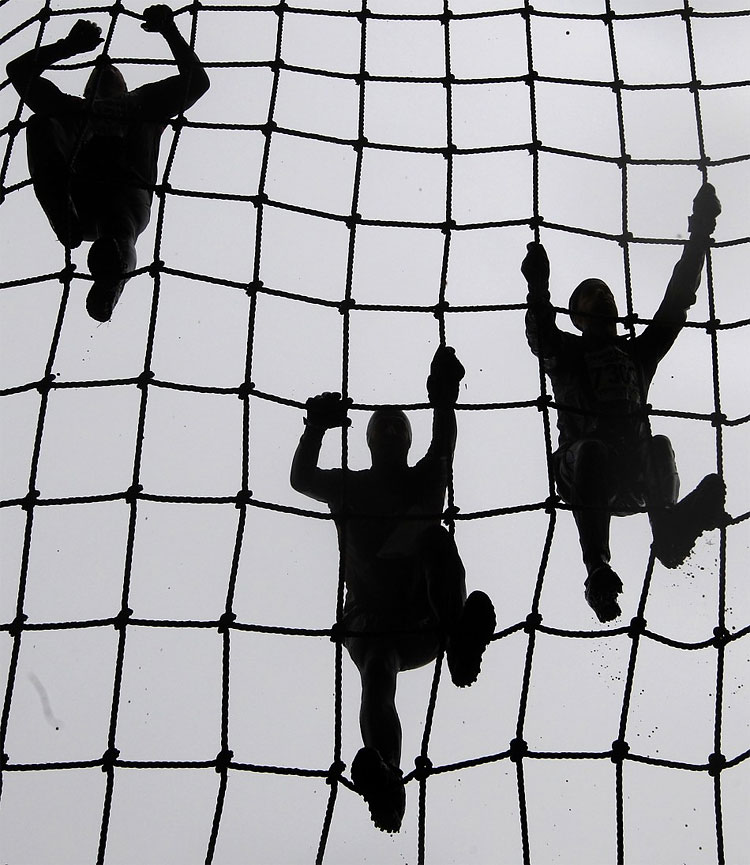 Competitors climb a cargo net during the Tough Guy event in Perton, central England, January 29, 2012. The annual event to raise cash for charity challenges thousands of international competitors in a cross country run followed by an assault course consisting of obstacles including water, fire and tunnels. (REUTERS / Darren Staples) 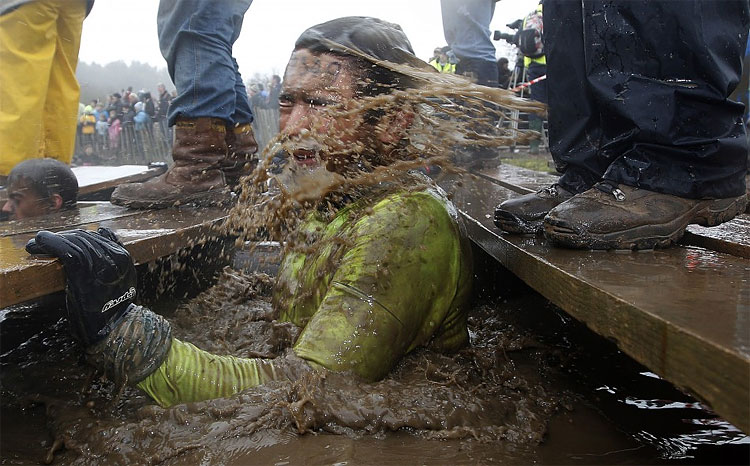 Obstacles on the assault course have names like Killing Fields, the Vietcong Torture Chamber and Battle of the Somme. (Reuters) 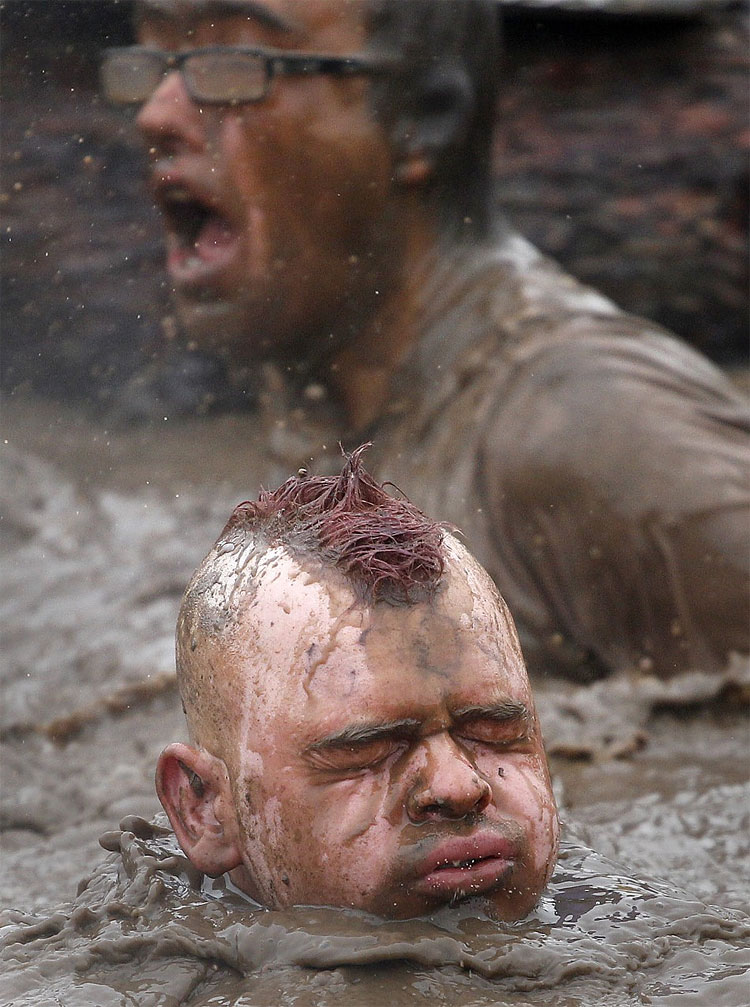 This year’s event attracted competitors from more than 20 countries. (Reuters) 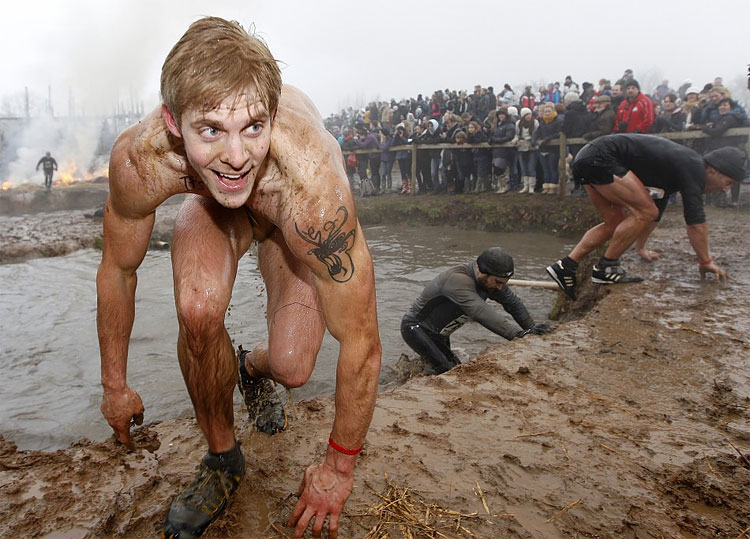 A competitor hauls himself out of water on the assault course. (Reuters) 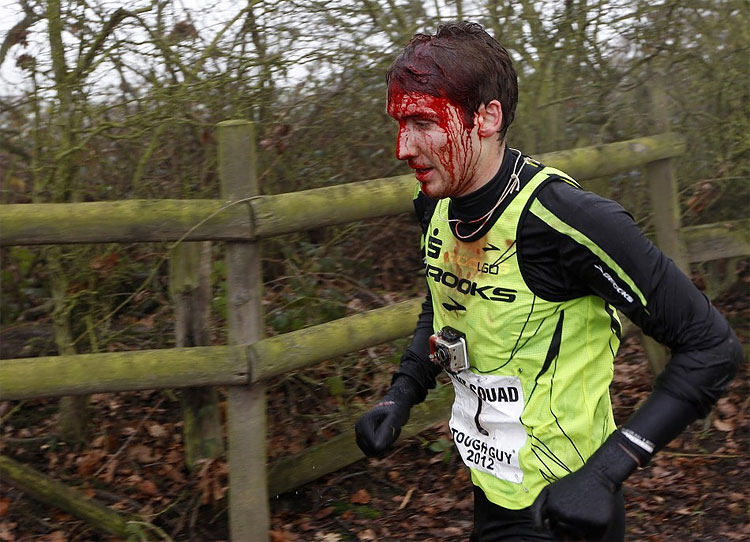 Bloodied but unbroken, a competitor carries on. (Reuters) 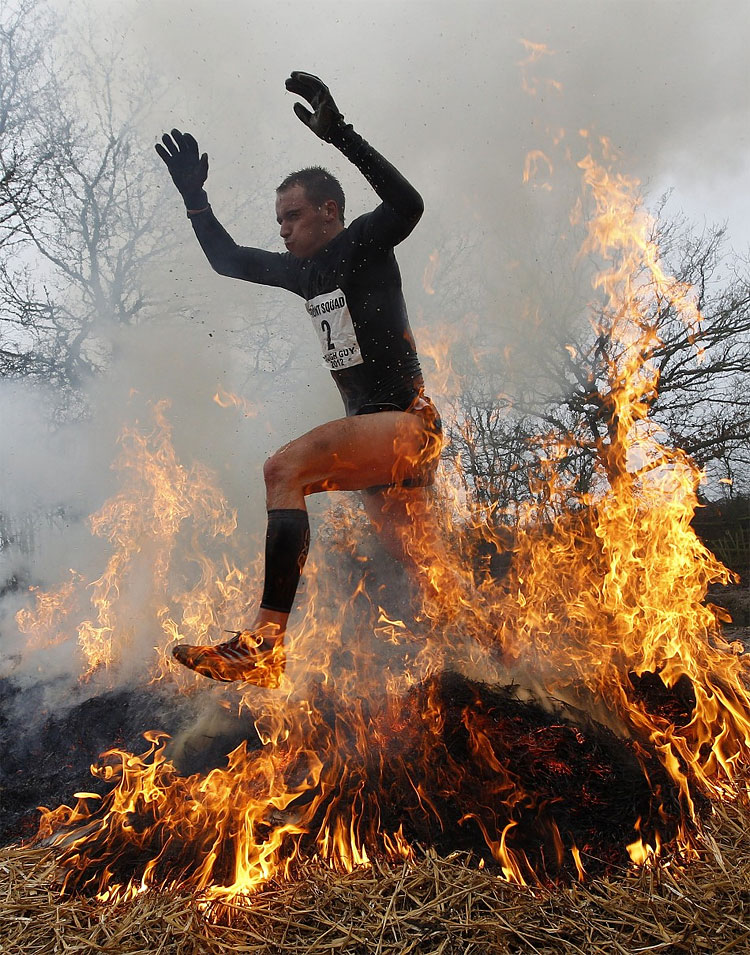 A competitor jumps through flames. Competitors sign a ‘death warrant’ before taking part to clear the organisers of any legal responsibilities. (Reuters) 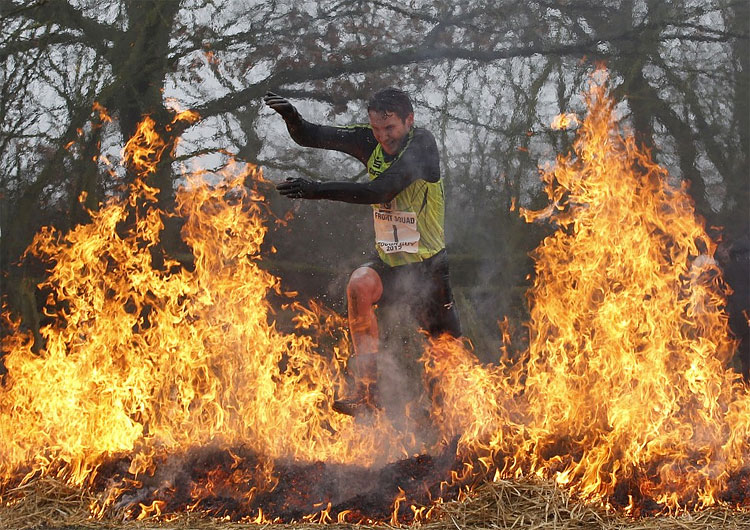 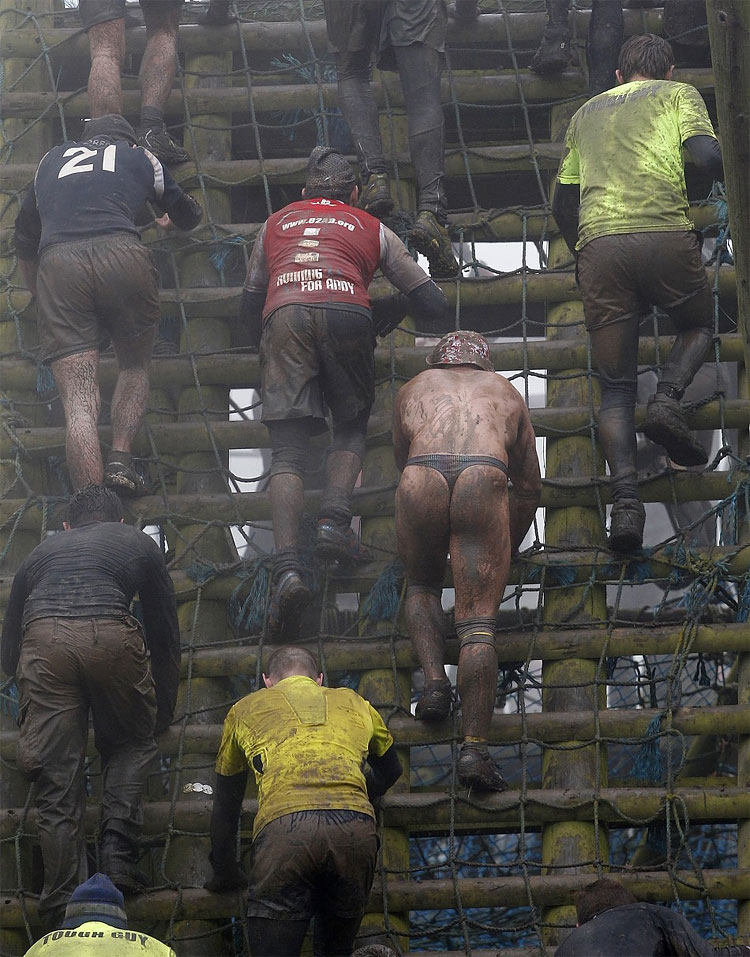 Competitors test their endurance by climbing a wall made of wood and netting. (Reuters) 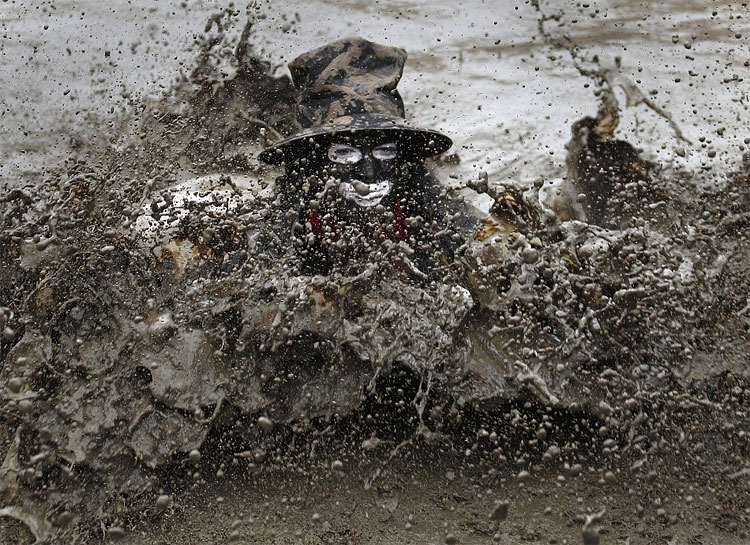 A competitor in fancy dress takes the plunge. (Reuters) 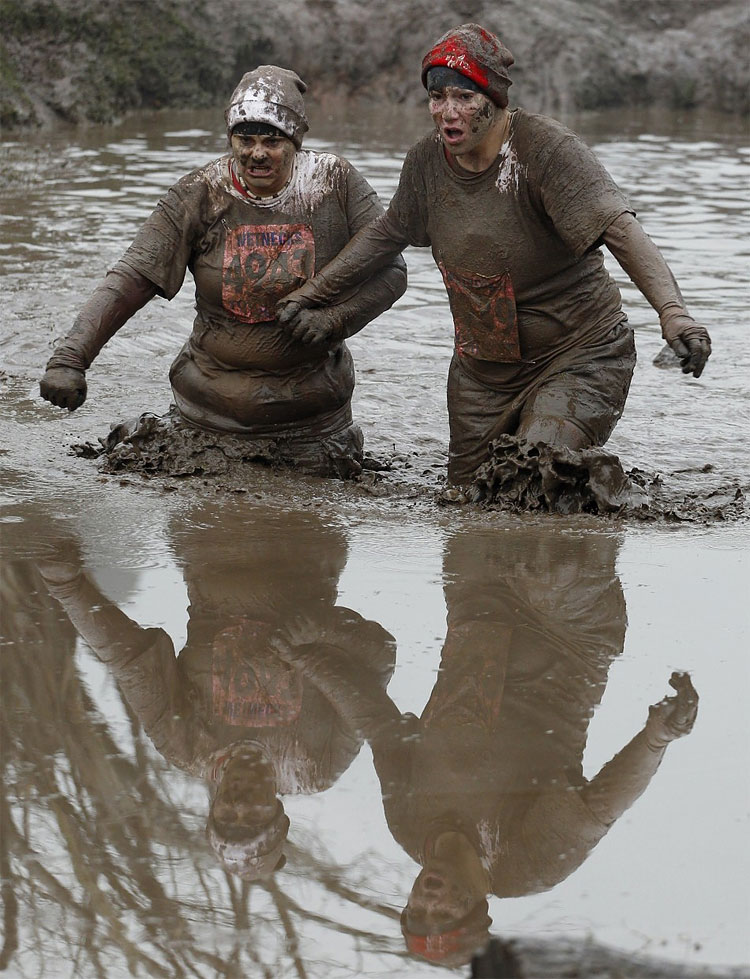 Two women lend each other support while they wade through water. (Reuters) 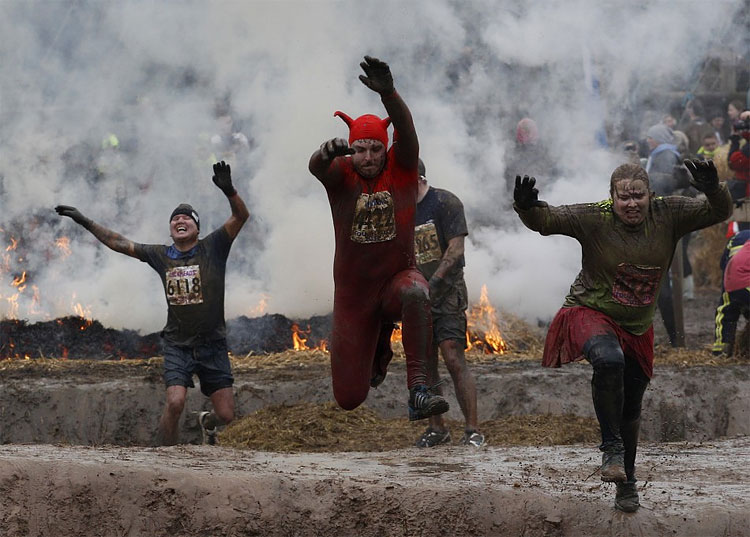 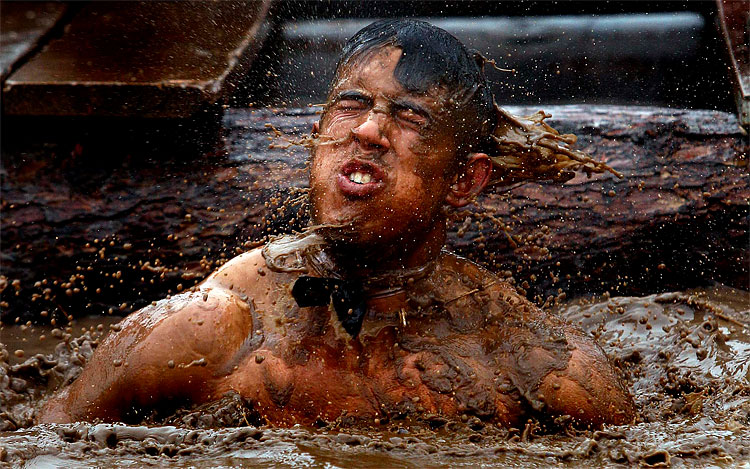 A competitor emerges from a water obstacle at the annual Tough Guy event in Perton, England. First staged in 1986, it has been widely described as “the toughest race in the world”, with up to one-third of the starters failing to finish in a typical year. (Jon Super/Associated Press)