The winners of the 55th annual World Press Photo competition are announced in Amsterdam, naming Samuel Aranda from Spain, of Corbis Images, as the overall winner for a picture of a Yemeni woman tending to an injured relative after anti-government protests in Sana’a. 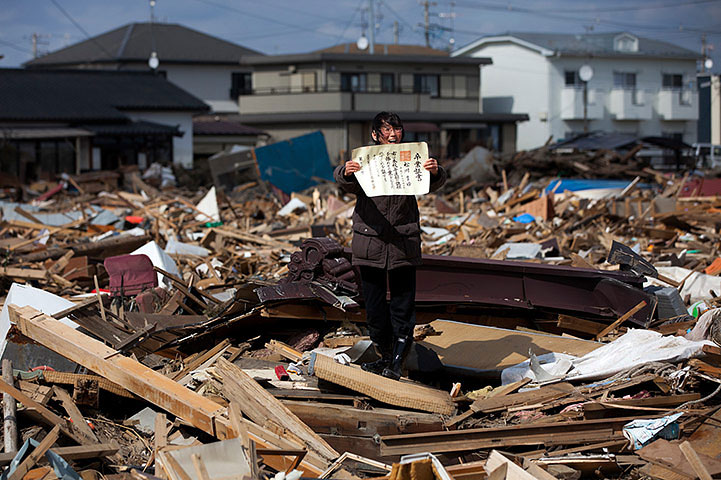 This image of the aftermath of the tsunami in Japan in April, 2011 by Yasuyoshi Chiba of Agence France-Presse won first prize in the People in the News Stories category. The photograph shows Chieko Matsukawa with her daughter’s graduation certificate as she finds it in the debris in Higashimatsushima, in Miyagi prefecture. 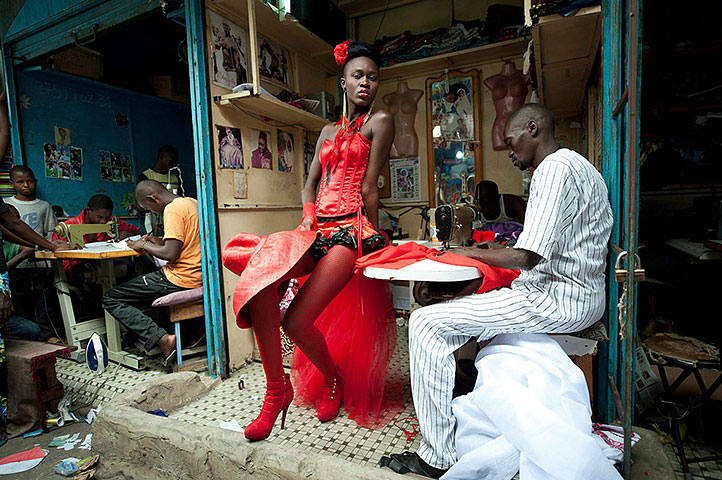 French photographer Vincent Boisot won the second prize in Arts and Entertainment Singles, with this picture of a model posing in front of tailor stalls in the center of Dakar, Senegal, 9 July 9 2011. She is wearing the creation of a designer, Yolande Mancini, participating in the ninth edition of Dakar Fashion Week. 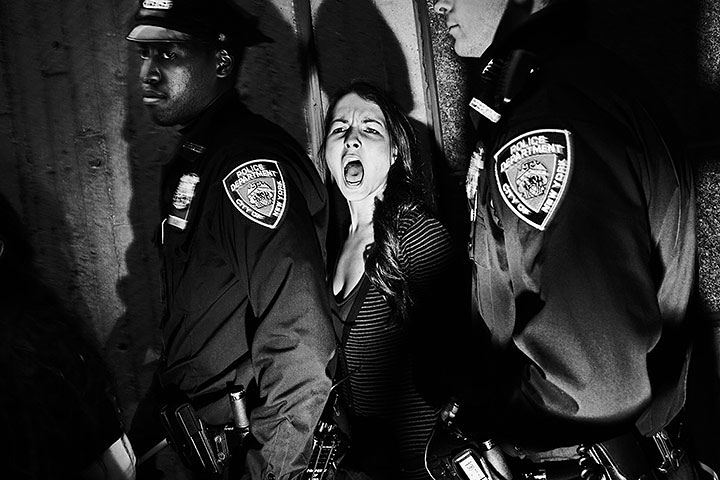 The second prize for People in the News Singles category was won by Tomasz Lazar of Poland, with this picture of an arrest of protesters during a demonstration against police tactics and income inequality in Harlem, New York City, 25 October 2011. 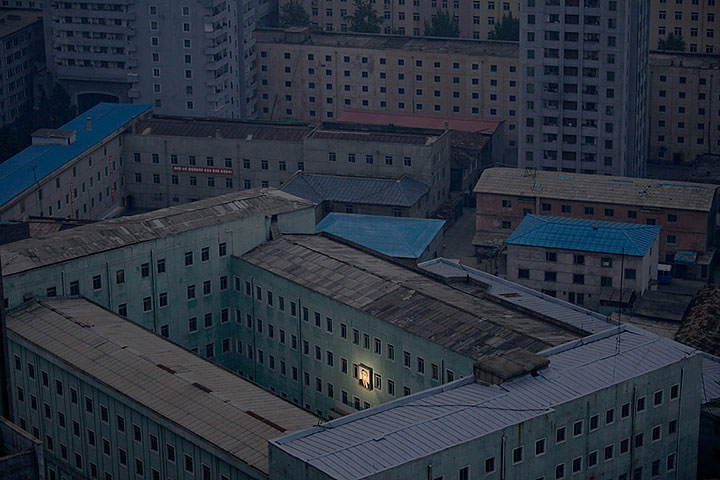 Damir Sagolj of Bosnia and Herzegovina, a Reuters photographer based in Thailand, won the first prize in the Daily Life Singles categorywith this photograph of a picture of North Korea’s founder, Kim Il-sung, decorating a building in the capital, Pyongyang, on 5 October 5 2011. 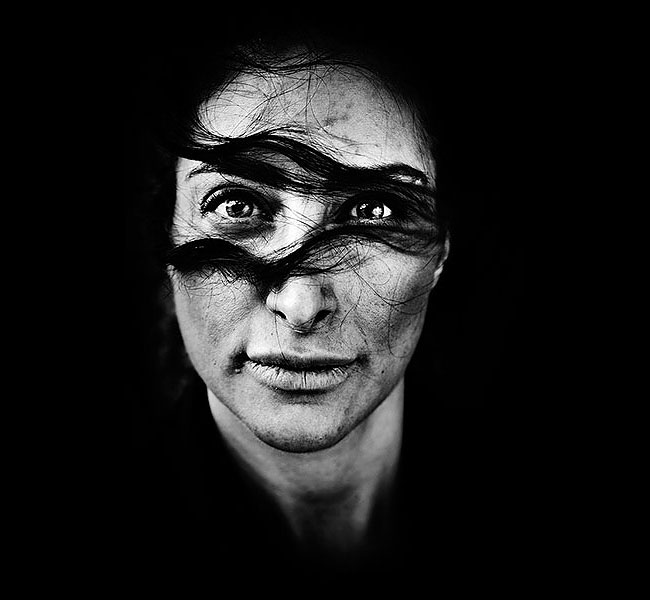 Laerke Posselt from Denmark won the first prize in Portraits Singles with this picture of Iranian-born Danish actor Mellica Mehraban, taken in Copenhagen, on 4 May 2011. The 27-year-old actor grew up in Denmark, but debuted as an actor in Iran in 2011. Taking the leading role as a villain in the spy drama Fox Hunting, she learned firsthand about the culture of her native country: following a regime-approved script, she was required to wear a headscarf in all scenes, was forbidden from swearing, and learned to show that she was in love with a man without telling him or touching him. 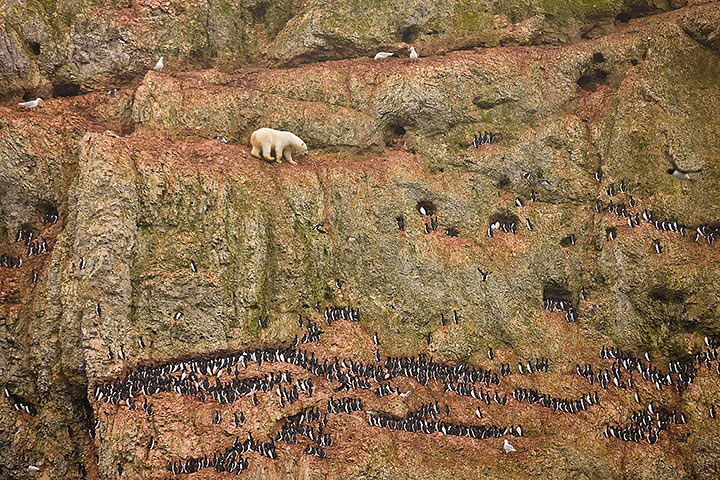 The first prize in the Nature Singles category was won by American photographer Jenny E Ross. The picture shows a male polar bear climbing precariously on the face of a cliff above the ocean at Ostrova Oranskie in northern Novaya Zemlya, attempting to feed on seabird eggs. 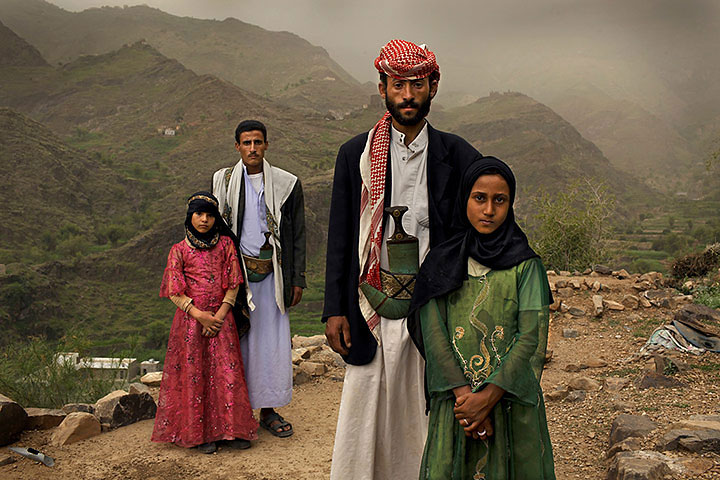 The first prize in the Contemporary Issues Stories category was won by Stephanie Sinclair of the US, on assignment for National Geographic magazine. Tahani (in pink), who married her husband Majed when she was 6 and he was 25, is posing for this portrait with former classmate Ghada, also a child bride, outside their mountain home in Hajjah, Yemen, 10 June 2010. Nearly half of all women in Yemen are married as children. 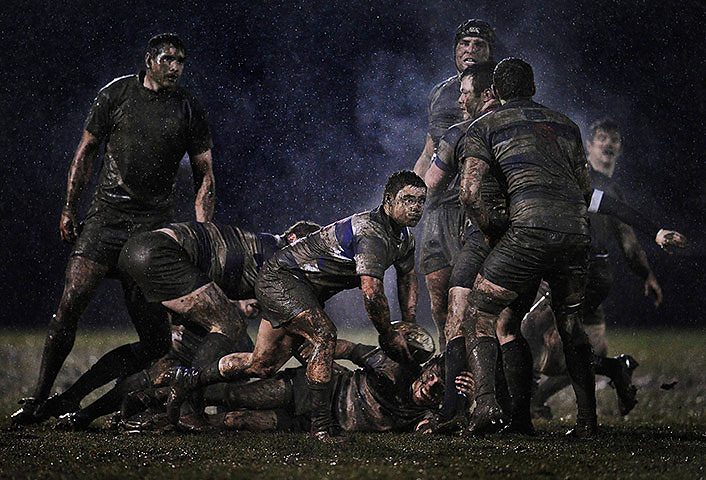 Ray McManus, a photographer working for Sportsfile, won the second prize in Sports Singles with this action shot from a rugby match between Old Belvedere and Blackrock, played in heavy rain in Dublin, Ireland, 5 February 2011. 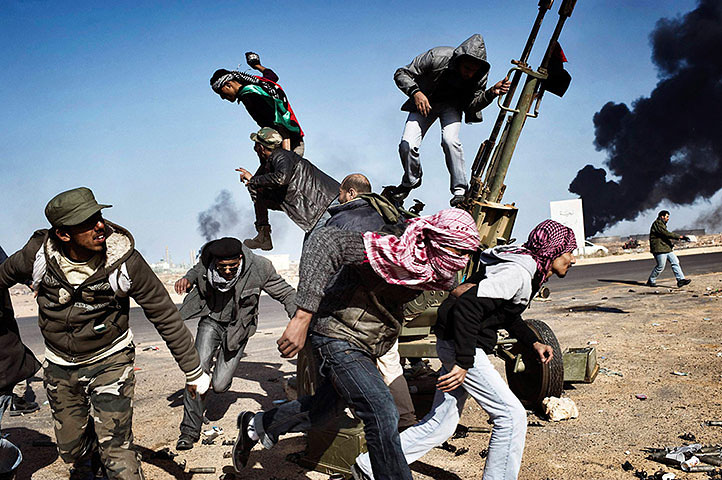 Russian photographer Yuri Kozyrev won the first prize in the Spot News Singles category with this picture of rebels in Ras Lanuf, Libya, 11 March 2011. For weeks, rebels held out against Muammar Gaddafi with the hope that the world would come to their aid. 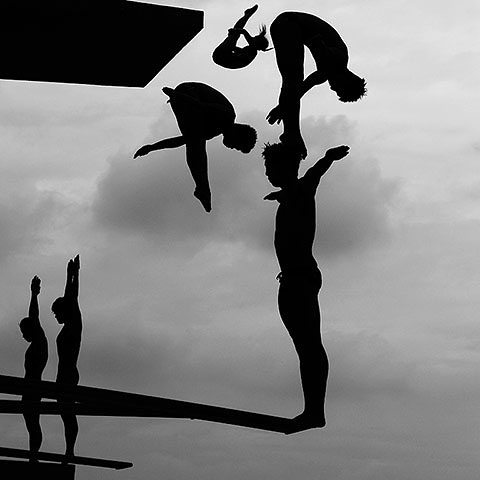 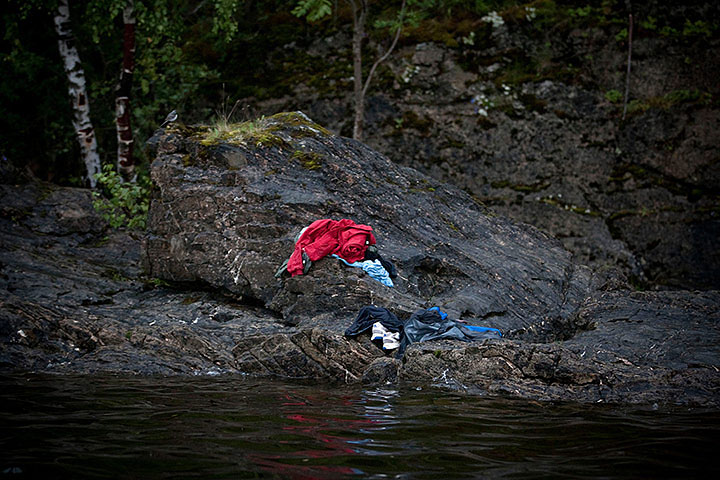 The second prize in Spot News Stories was won by Niclas Hammerstrom from Sweden, for the newspaper Aftonbladet in Utoya, Norway, in July, 2011. Anders Behring Breivik killed 69 people on 22 July on the small island of Utoya outside Oslo. 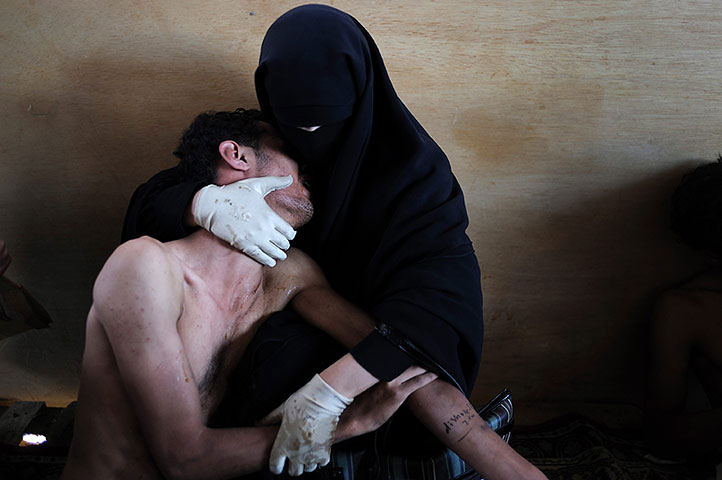 The World Press Photo of the year was won by Spanish photographer Samuel Arandaon while on assignment for The New York Times. His winning image shows a woman holding a wounded relative during protests against President Saleh in Sana’a, on 15 October 2011. One judge described the photograph taken during the ongoing Arab Spring uprising as “a poignant, compassionate moment, the human consequence of an enormous event”.