The world’s best-preserved baby mammoth is going on show in a premier shopping mall in Hong Kong. Lyuba, a female baby mammoth, was discovered in Siberian mountains by reindeer herder and hunter Yuri Khudi in May 2007. Researchers claimed that Lyuba could have drowned 40,000 years ago when she was just a month old. Lyuba weighs 50kg (110lb), stands 85cm (30in) high and measures 130cm from trunk to tail, roughly the same size as a large dog.

Scientists believe that Lyuba could have died from suffocation when her herd was crossing a river. They think she got stuck in deep mud in the riverbed. The researchers claim that the clay-like substance preserved the mammoth’s body in a near pristine state. Zoologists found undamaged skin and organs, milk from her mother in her stomach, and fecal matter in her intestine.

“She was doing great, very healthy. She just had this terrible misfortune,” Dan Fisher, palaeontologist at the University of Michigan, told the Daily Mail.

Researchers believe that by examining Lyuba body they can gain more insight about the Ice Age and what led to the extinction of mammals. Recently, researchers had discovered another baby woolly mammoth in Siberia, named Yuka. 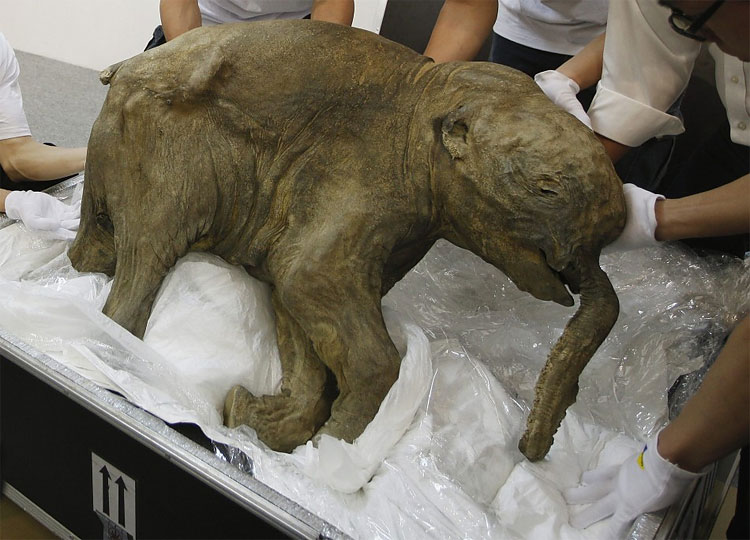 The carcass of a well-preserved baby mammoth, named Lyuba, is seen during a media preview in Hong Kong April 10, 2012. (Reuters) 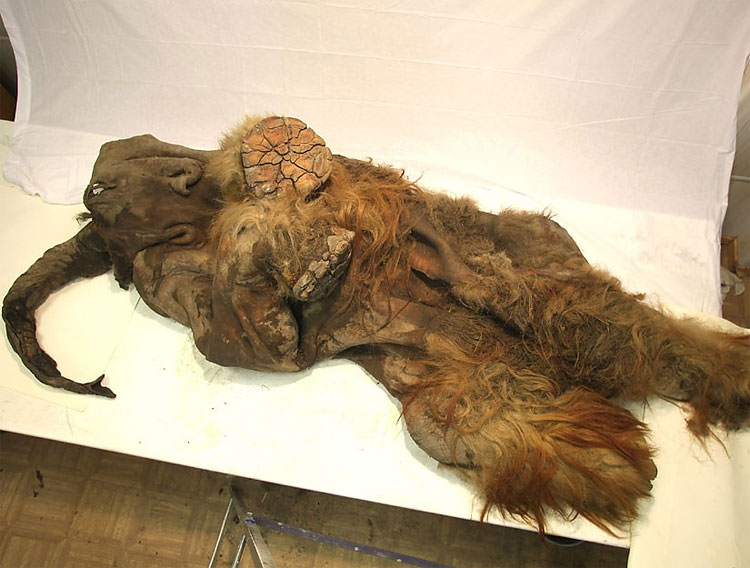 Frozen remains of a juvenile woolly mammoth, “Yuka,” were discovered in Siberia. (Reuters) 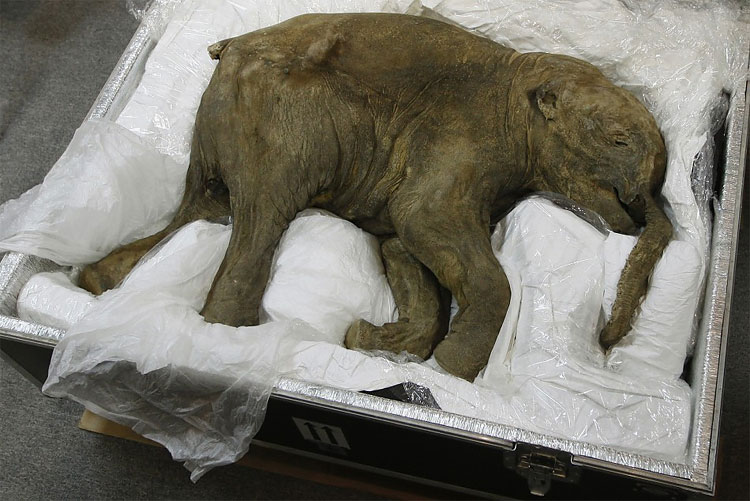 Lyuba, whose carcass is 40,000 years old, was found by a reindeer herder in Yamal Peninsula in Russia in 2007. (Reuters) 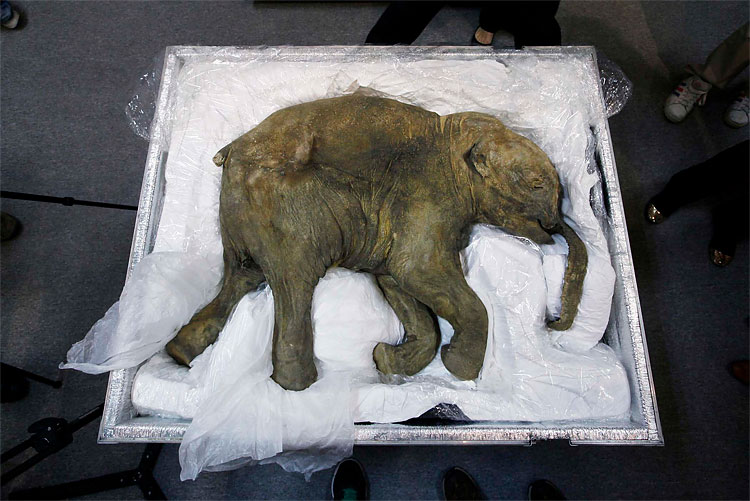 The carcass of the world’s most well-preserved baby mammoth, named Lyuba, is displayed in Hong Kong .The animal was buried for 42,000 years under snow and ice is on a tour across Asia.The carcass was discovered by a reindeer herder in Russia’s Yamal Peninsula in 2007. (Kin Cheung/Associated Press)

Photographer Captures Intimate And Unguarded Portraits Of Porn Stars
Photographer Els Vanopstal
In Bed with Marilyn Monroe
Dog Owners Are Buying Vintage Cars For Their Lazy Pets And I’m Getting To Photograph Them
These Photographs Of Creepy Children Will Terrify You
A News Conference for the Upcoming 139th Annual Westminster Kennel Club Dog Show
Photographer Helps Women Get Rid Of Insecurities By Photographing Them Like Celebrities
Polluted Rivers in India
Creative Architecture Photography By Nick Frank
Gaza's Way Of The Ninja
Curious Photos Of Cynthia, A Superstar Mannequin In The ‘30s
Chicago From Above: Stunning Drone Photography By Razvan Sera
Royal Society Of Biology Photographer Of The Year 2019: The Shortlist
Girls and Boys With Their Color-Coded Things
Striking Black And White Photographs Of New York City’s ‘Mean Streets’ In The 1970s And 1980s
Meet Goliath, The Adorable Baby Cow Who Thinks He’s A Dog
Photographer Mirko Nahmijas Reveals The 'Star Wars' Architecture Of Soviet Belgrade
Japanese Cats Love Nothing More In The World Than Watching Farmer Next Door Plant His Rice
Tamed Foxes, Lynx, Dogs and Cats: All-In-One!
Photo of the Day: Summer Heat in Europe
No Necks! There’s an Instagram Account That Posts Animals Without Necks.
Kids at Home and at Play by Tim MacPherson
Wasteland: The Mad Max Festival That Makes Burning Man Look Lame
Wonderful Vintage Photos Documented Everyday Life In London In The 1930s
Extraordinary Black And White Fashion Photography By John French In The 1950s And 1960s
Artist Shows The Behind The Scenes Of Pitch-Perfect Instagram Photos And His 500k Followers Love It
Big Brother Makes His 5-Year-Old Sister's Dreams Come True With Disney-Themed Photoshoot
Planet Mercury Unmasked: Fantastic Photos Of Crazy New Discoveries
These Color Photos of Paris Were Shot 100 Years Ago
Winning Images of The Architectural Category from The International Photography Awards 2020
display, lyuba, mammoth