Photo of the Day: The Heroic Woman! 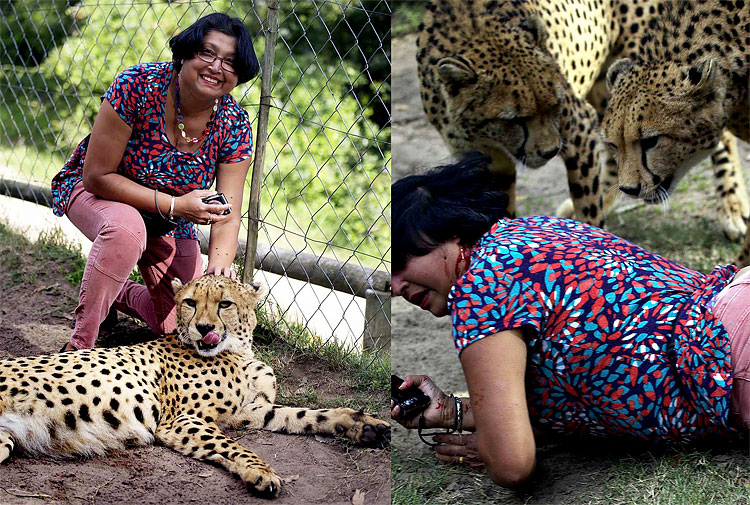 The Port Elizabeth Herald reported Friday that Violet D’Mello of Aberdeen, Scotland, was attacked by cheetahs on April 28 while in a petting pen at a game reserve near Port Elizabeth in South Africa. She was attacked while trying to protect children from another group that was in the enclosure at the same time. One of two cheetahs in the enclosure grabbed a young girl, leaving her with scratches and cuts. D’Mello tried to calm the child and her brother, and ended up also being attacked. (Archibald D’Mello/Associated Press)