Neil Armstrong: Modest Man Who Made One Giant Leap for Mankind with One Small Step

Neil Armstrong was a soft-spoken engineer who became a global hero when as a steely-nerved pilot he made “one giant leap for mankind” with a small step onto the moon. The modest man, who had people on Earth entranced and awed from almost a quarter-million miles away, but credited others for the feat, died Saturday. He was 82. 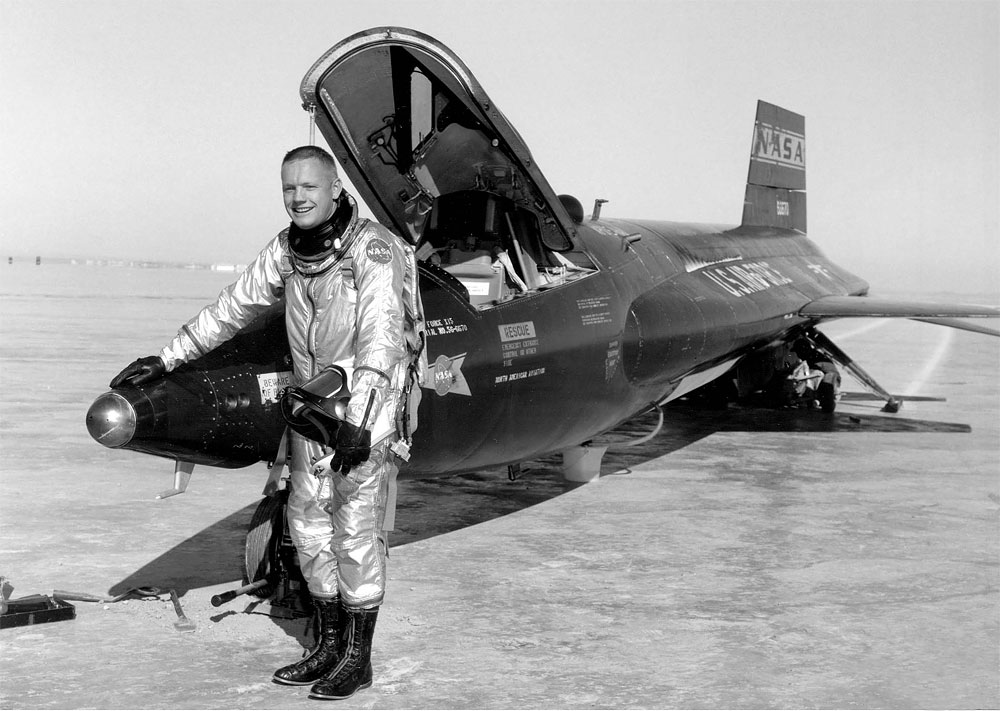 An undated NASA handout photo of Neil Armstrong with an X-15 aircraft at the Dryden Flight Research Center in California. (NASA via The New York Times) 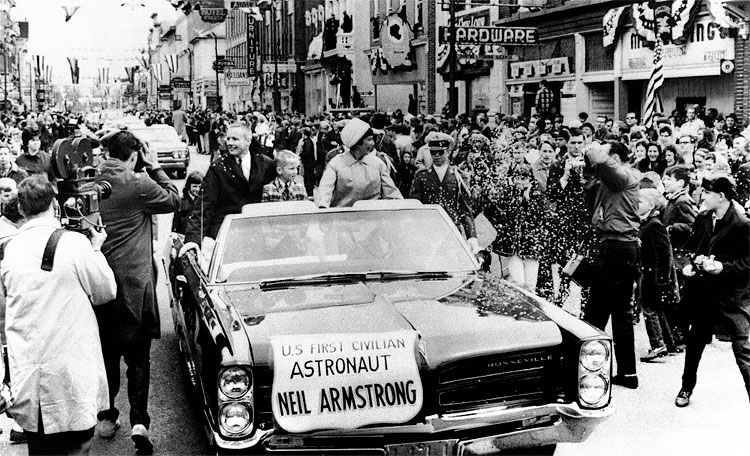 Armstrong, with his wife Jan and son Eric, ride in an automobile parade in Wapakonta, Ohio after making a return to his hometown, April 13, 1966, after the flight of Gemini 8. (Julian C. Wilson/Associated Press) 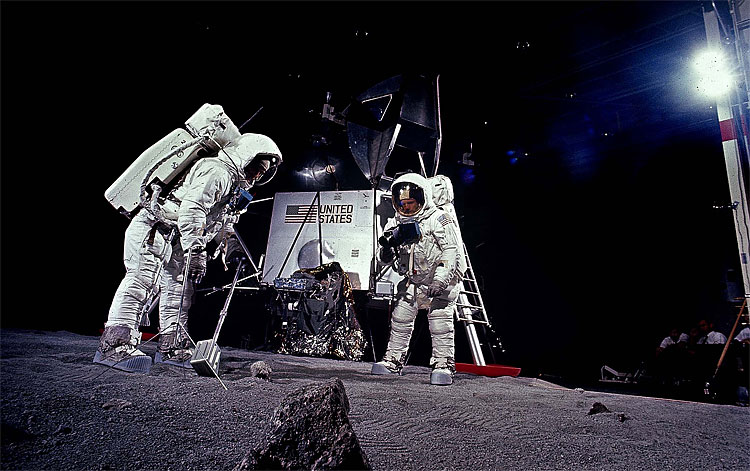 Aldrin and Armstrong practice lunar surface activities at the Manned Spacecraft Center in Houston before the mission. Apollo II was the first U.S. space mission designed to put two astronauts on the Moon and return them safely to Earth. (NASA) 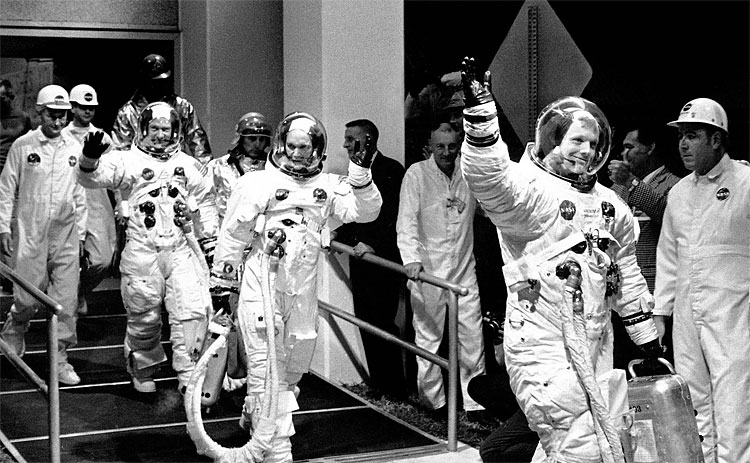 Apollo 11 astronauts Commander Neil A. Armstrong, Michael Collins and Edwin E. Aldrin Jr. wave in Cape Kennedy on July 17, 1969 as they walk from the Manned Spacecraft Operations Building to their transfer van which took them to the moon spacecraft. (Bill Smith/Associated Press) 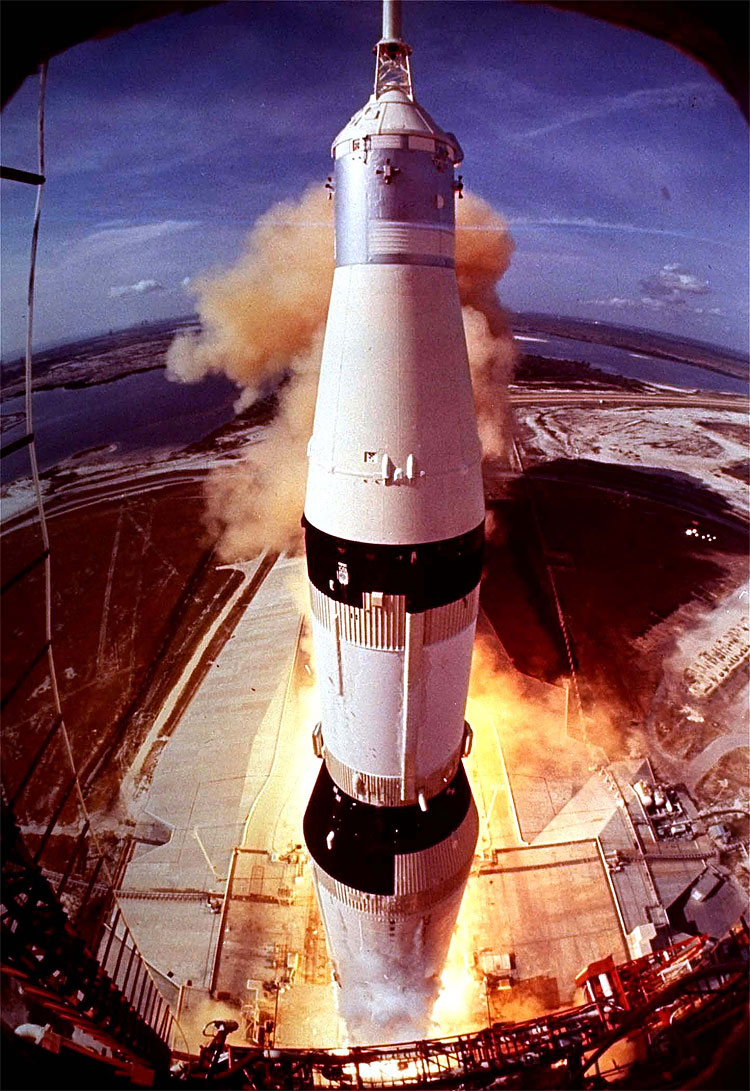 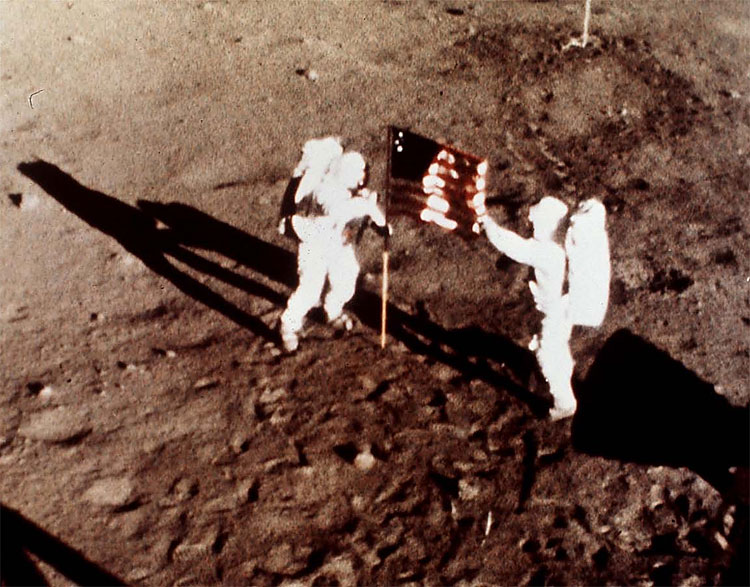 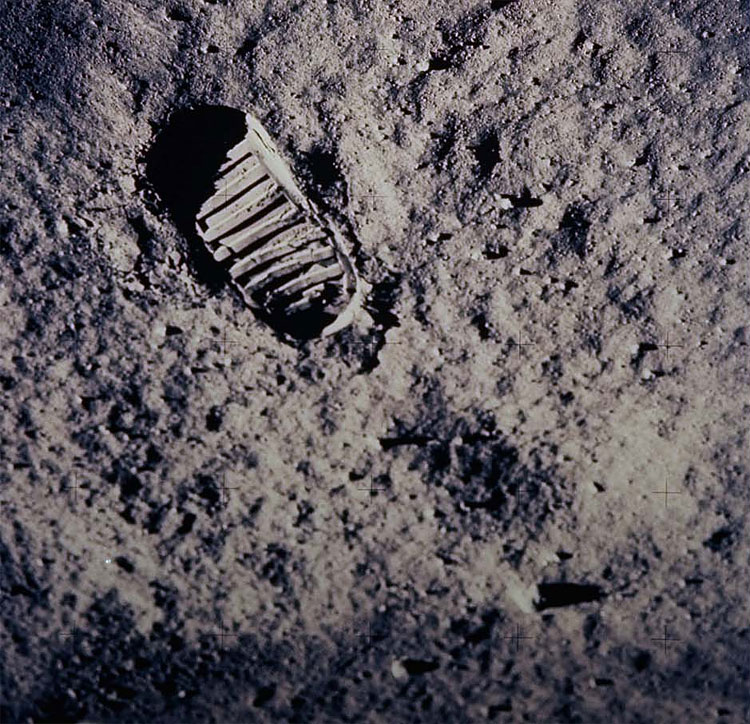 A footprint left by one of the astronauts is seen in the soft, powdery surface of the moon. (NASA) 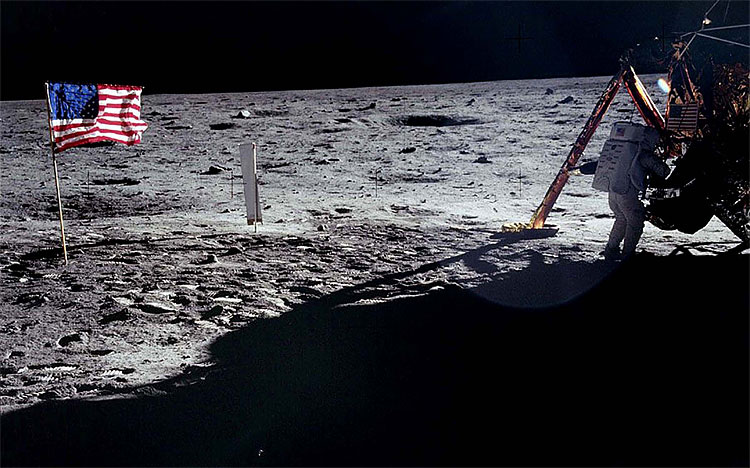 Armstrong works at the base of the lunar module on the moon on July 20, 1969. (NASA via The New York Times) 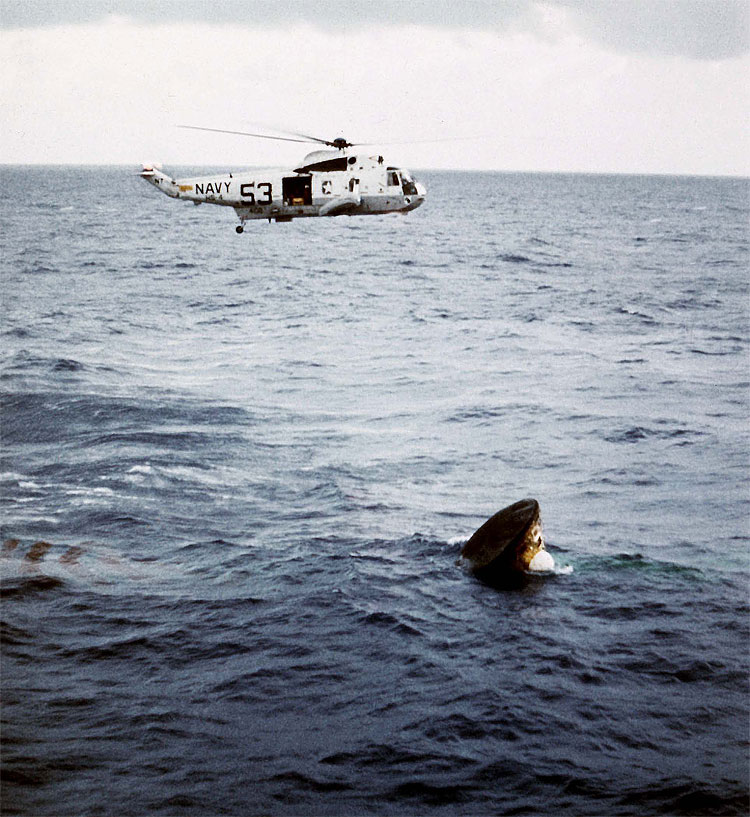 After splashdown, Apollo 11 waits to be recovered in the Pacific Ocean, July 24, 1969. (Associated Press) 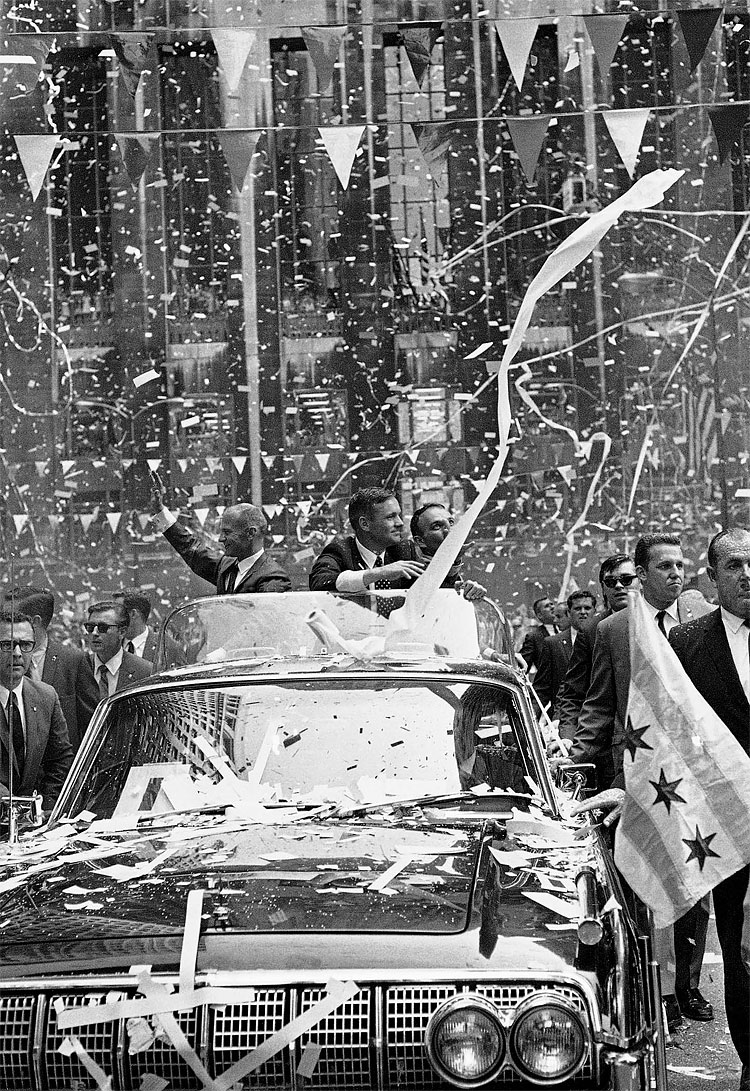 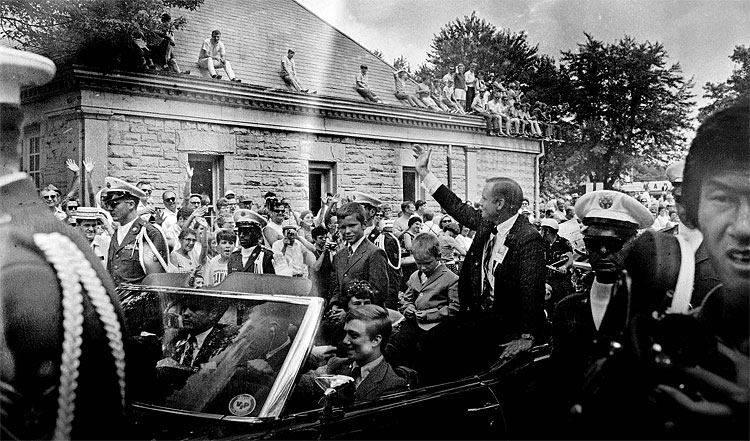 People sit on the roof ledge of the Auglaize County Courthouse to cheer hometown hero Armstrong during a parade honoring him for his moon walk, in Wapakoneta, Ohio on September 6, 1969. (Associated Press) 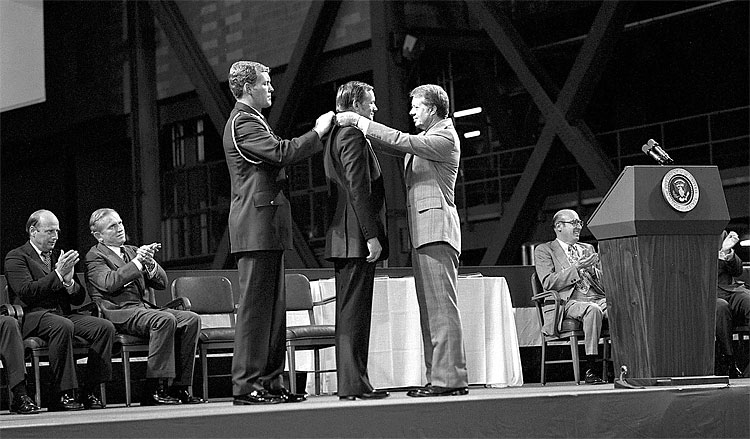 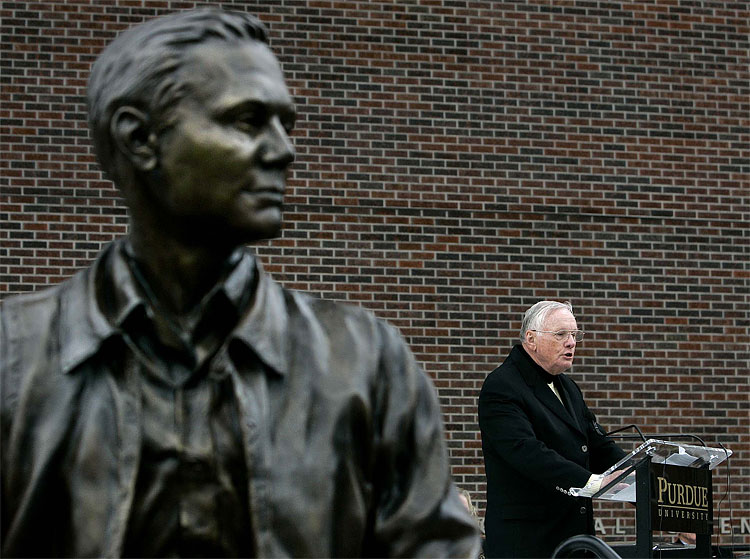 Armstrong, a Purdue alum, speaks near a statue of himself at the dedication ceremony of the Neil Armstrong Hall of Engineering at Purdue University in West Lafayette, Indiana, on October 27, 2007. (Michael Conroy/Associated Press)

Latvian Artist Carves Wood Cabinet In Shape Of Giant Beetle
The Scarecrow Festival in Kettlewell, England
Holi Festival in Madrid
Oktoberfest Kicks off in Germany
A Street Artist Creates Giant Mural In A Maximum Security Prison In California
700th Anniversary of the Battle of Bannockburn
Showing His Colours
Animal Activists Hold Memorial for Dead Animals in Melbourne
The Tallest Brazilian Teen to Marry
Sea Creatures Come out for Coney Island's Mermaid Parade
Zombie Shopping Mall Experience
Zombie Survival Сontest in Spain
Two Men Try to Recover After Drinking Too Much in India
ParaFest 2013
The Weirdest Monuments Of The Communist Era That Are Still Standing
Catzillas: Giant Cats In Urban Landscapes
School Bus Living
Artist Embeds Giant Neon Orange Monolith Into Coachella Valley's Desert Landscape
Giant Sculpture Of A Woman Opening Her Chest To Reveal A Fern-Covered Tunnel Appears In Florida
A Day In The Life Of Cuban Flower Vendor
A Giant Nuclear Mushroom Cloud Made of Steel
The Largest Collection of Harry Potter Memorabilia in the World
Colombian Tigrillo Cat Found in Medellin, Colombia
The Mystery Creature that Nobody Can Identify Found in China
armstrong, giant, mankind, modest, small