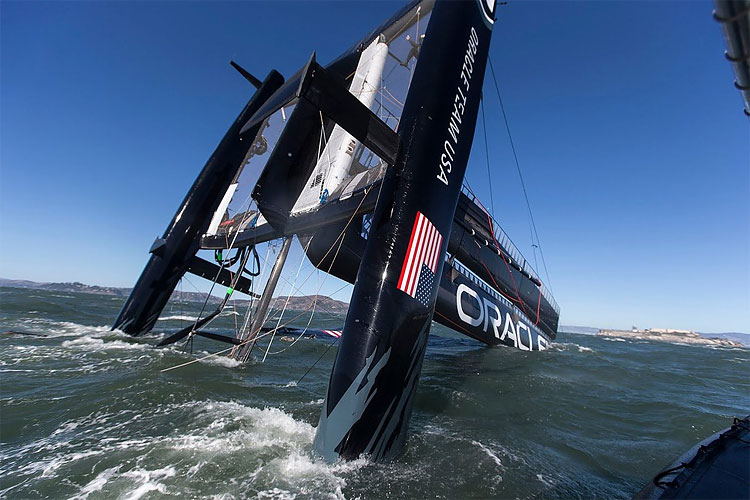 In this photos taken October 16, 2012 and provided by Oracle Team USA, crew members of the capsized Oracle Team USA AC72 boat are rescued after being swept past the Golden Gate Bridge in San Francisco. The America’s Cup champion syndicate is assessing the damage to its 72-foot catamaran, after it capsized and was swept by a strong current more than four miles past the Golden Gate Bridge before rescue boats could control it.

A day after 11 sailors found the limits of an $8 million racing boat being primed for next year’s America’s Cup, flipping it in San Francisco Bay, they took stock Wednesday of the fallout: shards of wreckage, a waterlogged hull and the prospect of four months without a boat. (Photos by Guilain Grenier/Oracle Team USA/Associated Press) 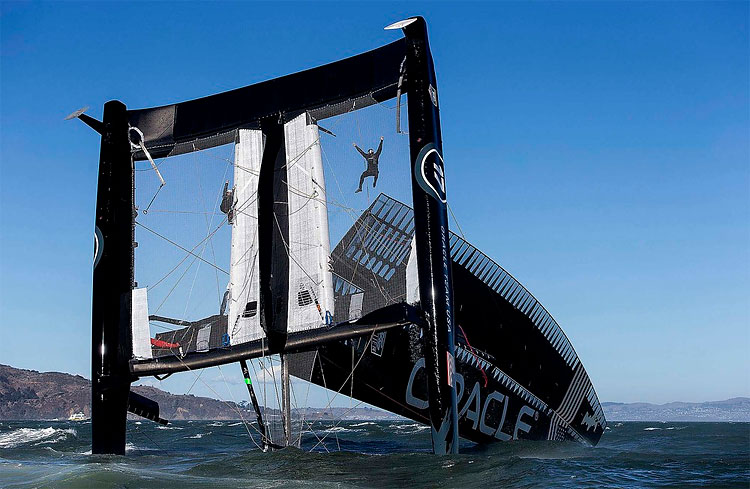 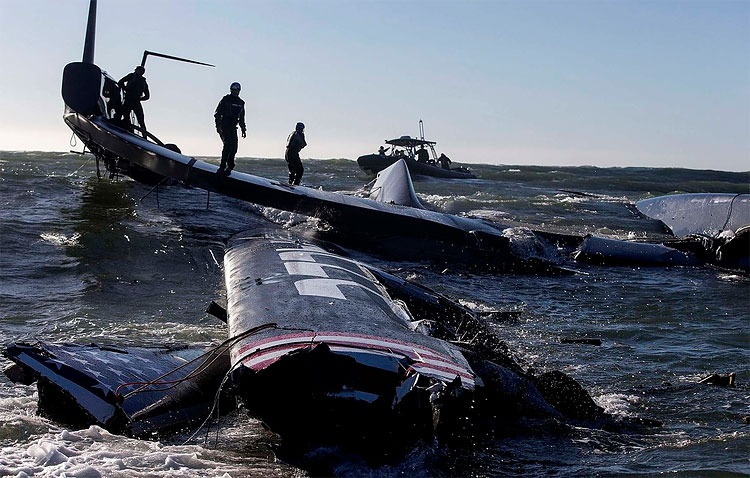 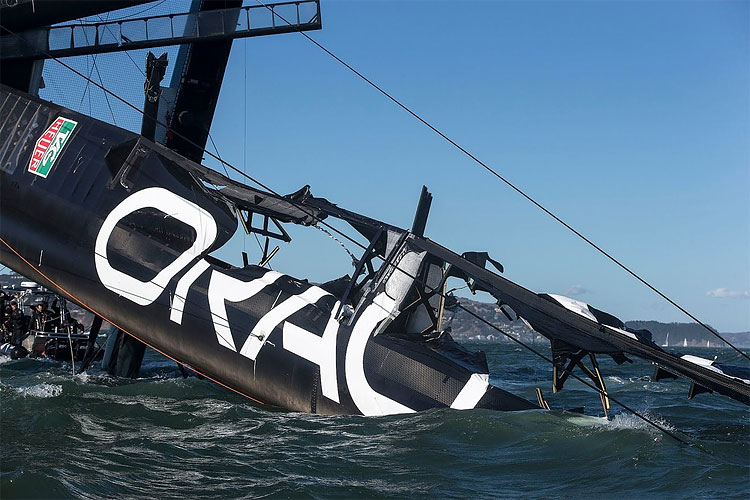 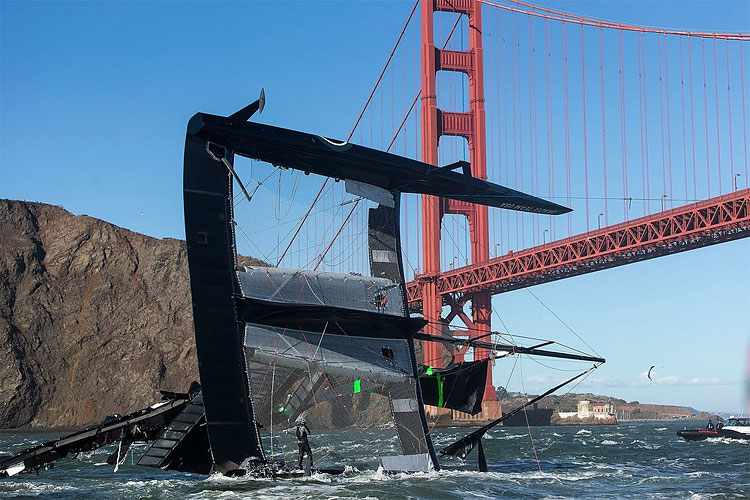 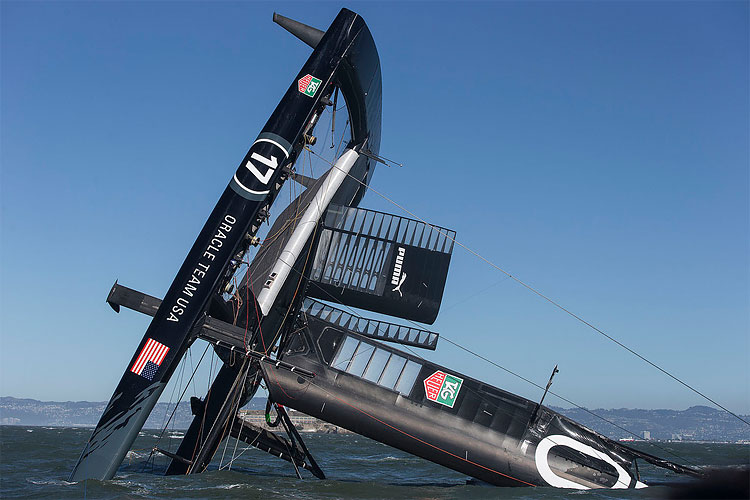 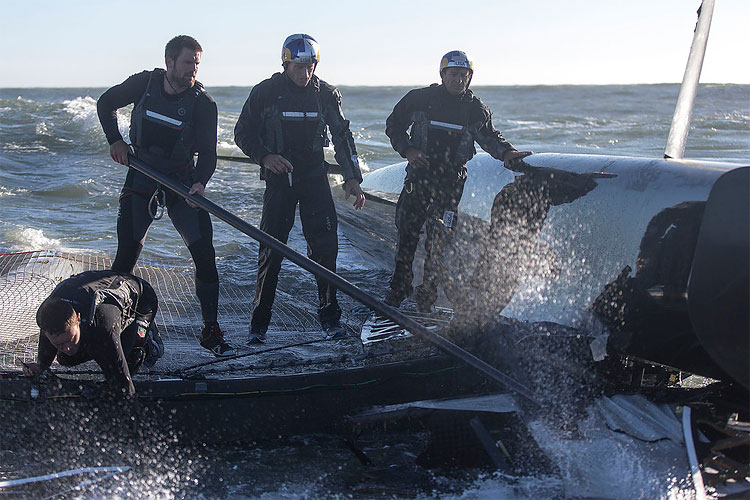