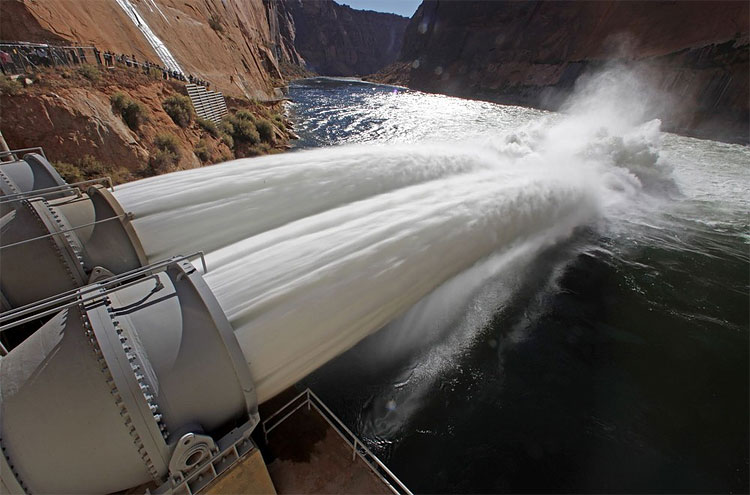 Water pours from river outlet tubes during an experimental high flow release from the Glen Canyon Dam in Page, Arizona, November 19, 2012. The total maximum release from the dam will reach approximately 42,300 cubic feet per second – 27,300 cfs of full-capacity powerplant releases and a bypass release through four river outlet tubes sending 15,000 cfs of water out over the Colorado River, according to an Interior Department statement. The release is part of a long-term protocol announced in May by Interior Secretary Ken Salazar to meet water and power needs and resolve problems with downstream sediment and non-native fish predation on the Colorado River below the dam. (Bob Strong/Reuters)