Supermoon Images Around the World, June 2013 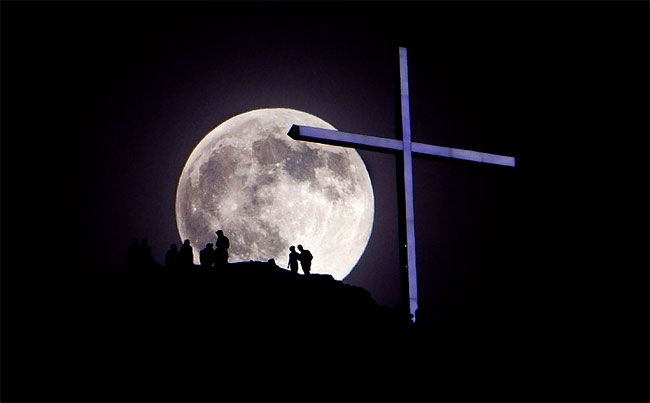 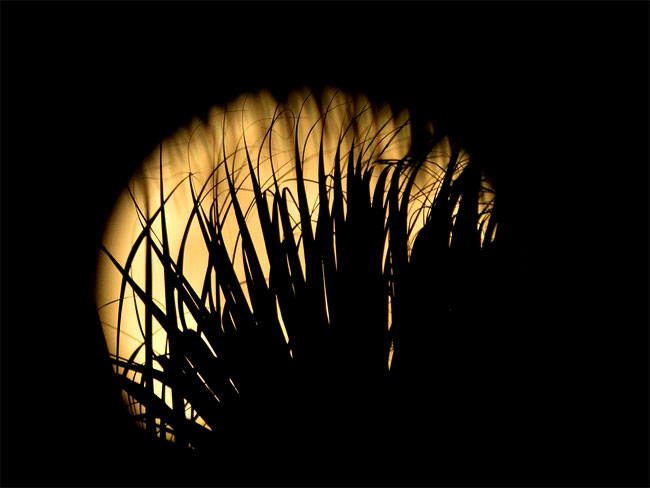 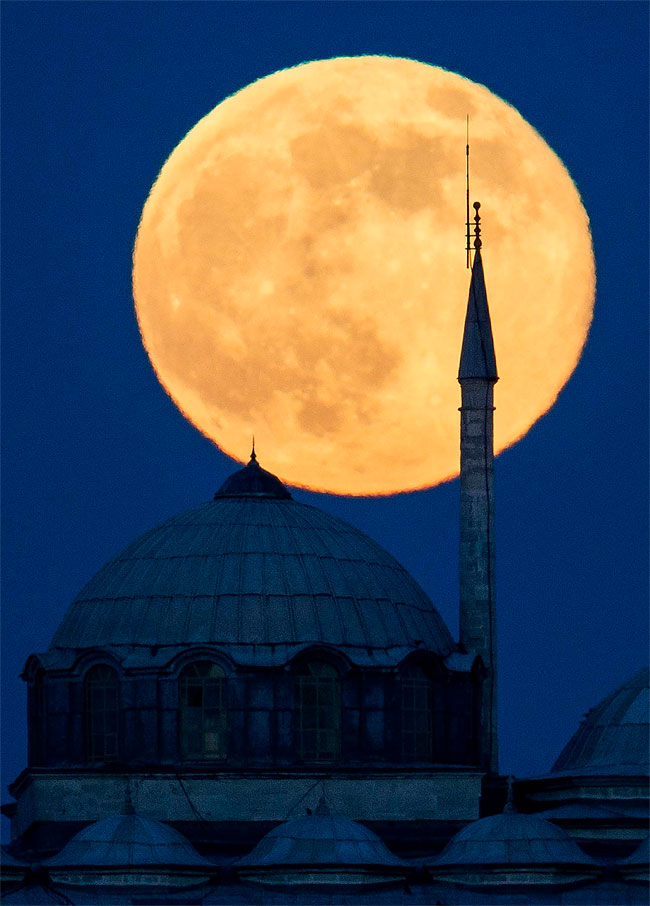 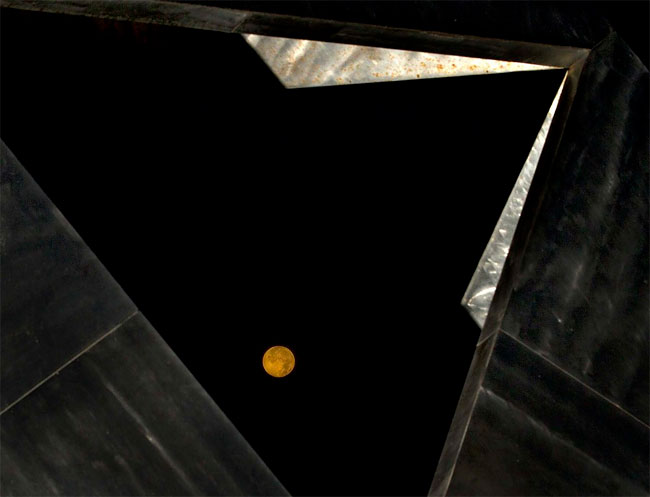 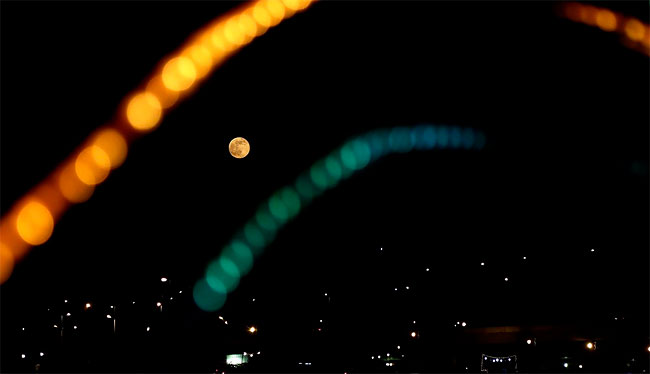 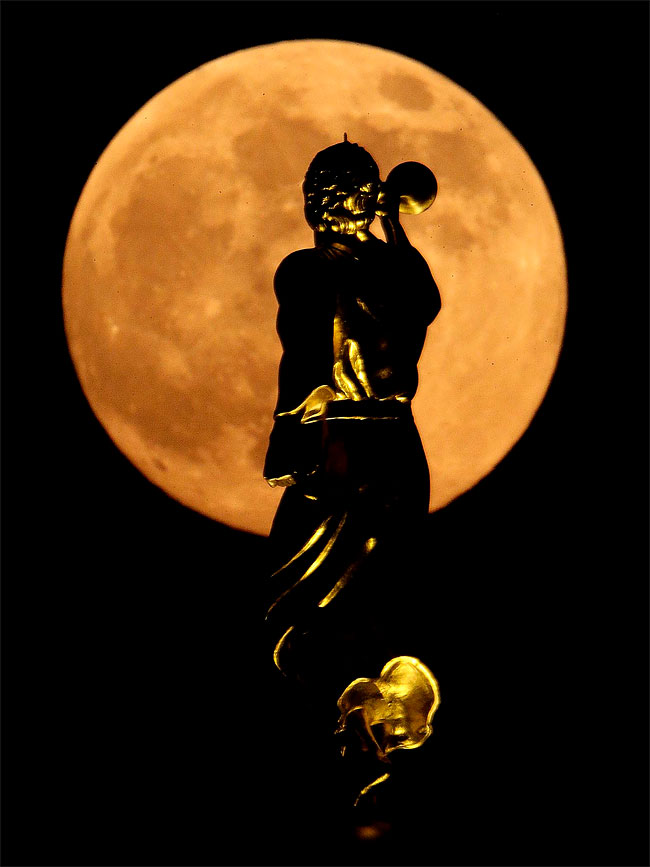 A statue of the Angel Moroni on top a Latter-day Saints temple in Kansas City, Missouri, on Saturday. (Charlie Riedel/Associated Press) 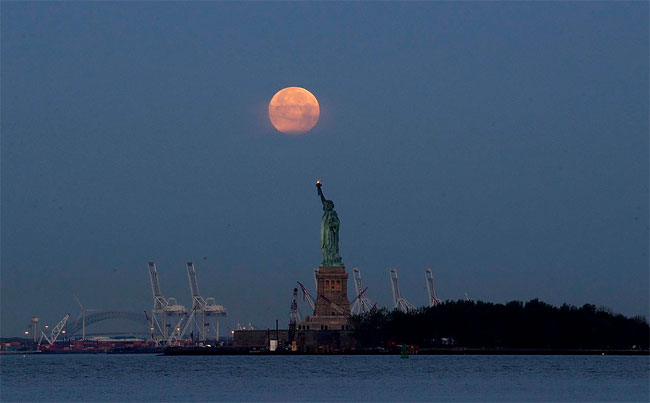 The Statue of Liberty in New York, on Sunday. (Julio Cortez/Associated Press) 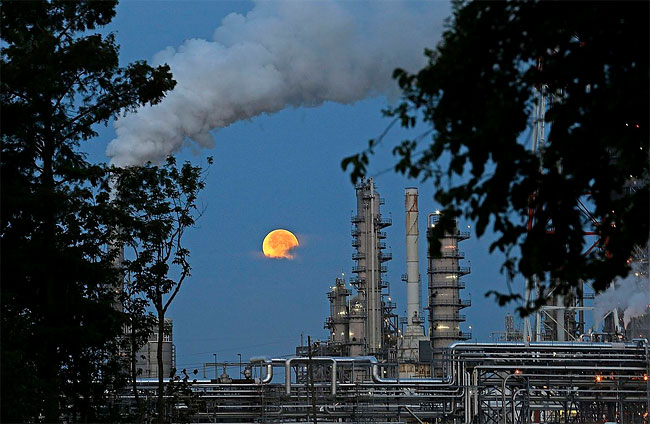 A refinery in Norco, Louisiana, on Sunday. (Gerald Herbert/Associated Press) 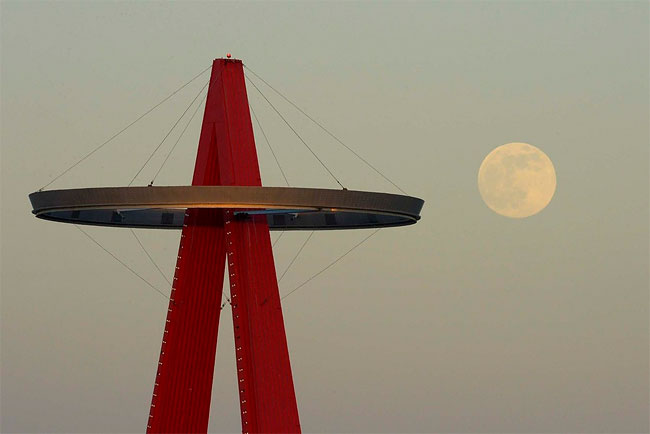 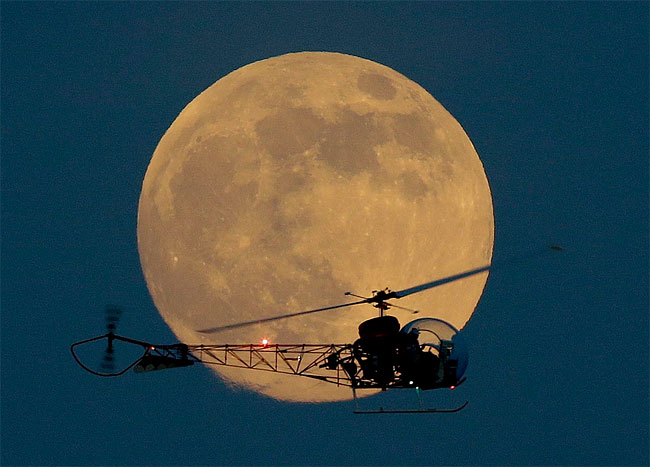 The moon is seen in its waxing gibbous stage as it rises behind the helicopter from the original Batman television show, which people can ride at the New Jersey State Fair, Saturday, June 22, 2013, in East Rutherford, N.J. The moon, which will reach its full stage on Sunday, is expected to be 13.5 percent closer to earth during a phenomenon known as supermoon. (Julio Cortez/AP Photo) 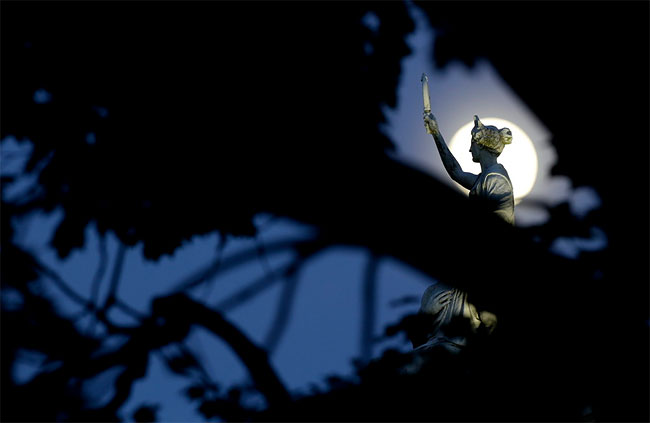 The moon in its waxing gibbous stage sh behind tree limbs and a statue a marble statue by John Gelert representing history and law on the top of the Bergen County Courthouse in Hackensack, N.J., Friday, June 21, 2013. The moon, which will reach its full stage on Sunday, is expected to be 13.5 percent closer to earth during a phenomenon known as supermoon. (Julio Cortez/AP Photo) 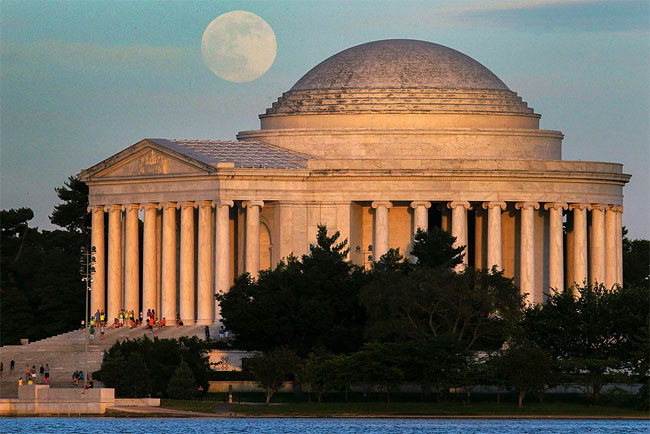 A full moon rises behind the Jefferson Memorial in Washington Saturday, June 22, 2013. The larger than normal moon called the “Supermoon” happens only once this year as the moon on its elliptical orbit is at its closest point to earth. (J. David Ake/AP Photo) 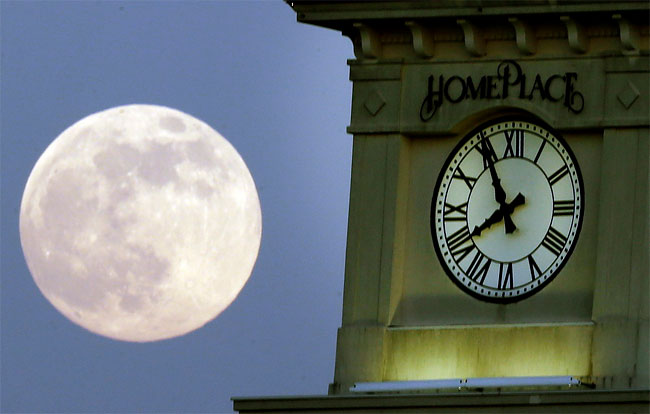 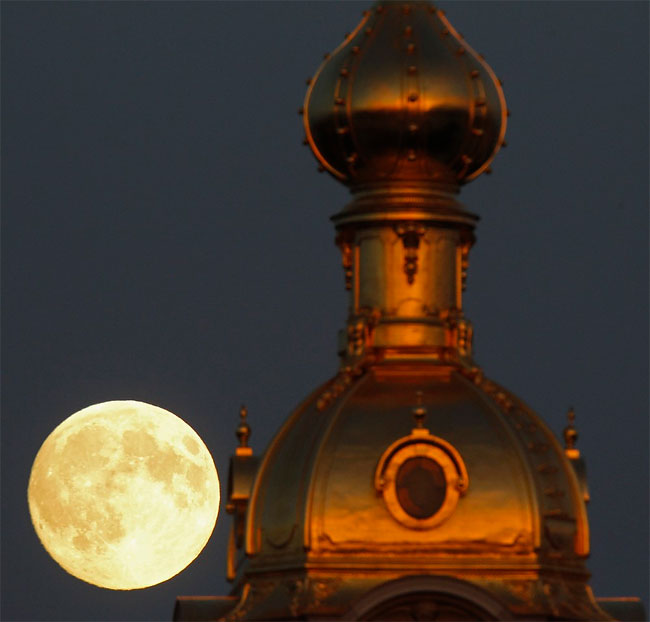 The moon rises behind the Peter and Pawel Fortress in St. Petersburg June 22, 2013. (Alexander Demianchuk/Reuters) 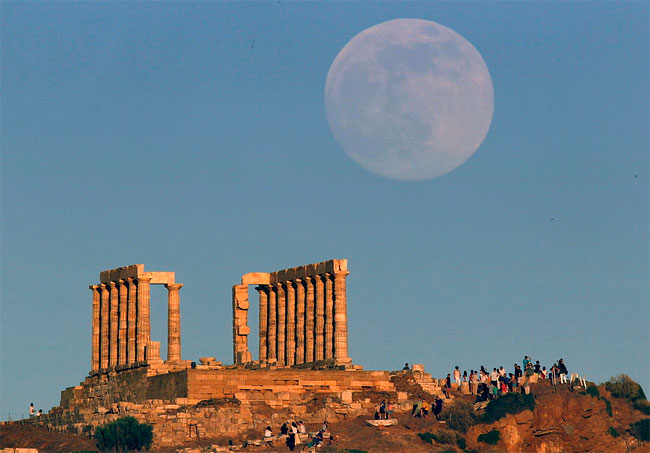 The moon rises over the temple of Poseidon, the ancient Greek god of the seas, as tourists enjoy the sunset in Cape Sounion some 60 km east of Athens June 22, 2013. The moon will reach its full stage on Sunday, and is expected to be 13.5 percent closer to earth during a phenomenon known as supermoon. (Yannis Behrakis/Reuters) 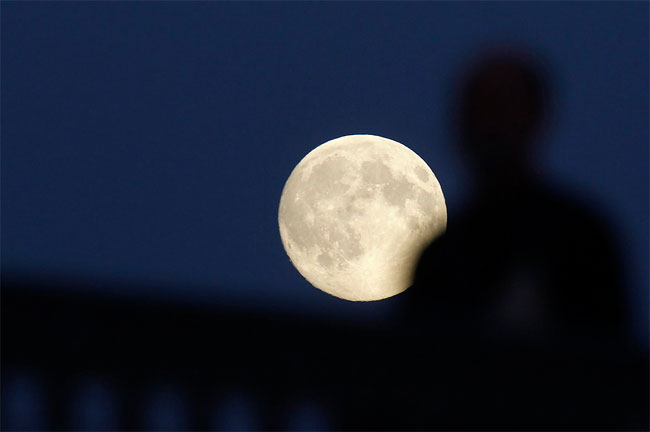 The moon rises over the Ioannovsky Bridge as a pedestrian walks across in St. Petersburg June 22, 2013. The largest full moon of the year, called the “supermoon”, will light up the night sky this weekend. (Alexander Demianchuk/Reuters) 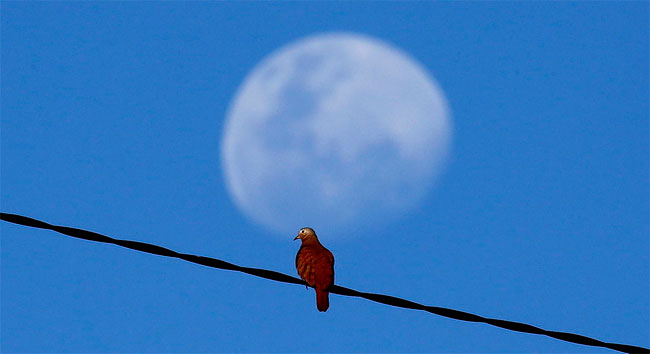 A bird sits on a power line in front of the rising moon outside the stadium of Salvador, ahead of the Confederations Cup soccer match between Nigeria and Uruguay, June 20, 2013. (Kai Pfaffenbach/Reuters) 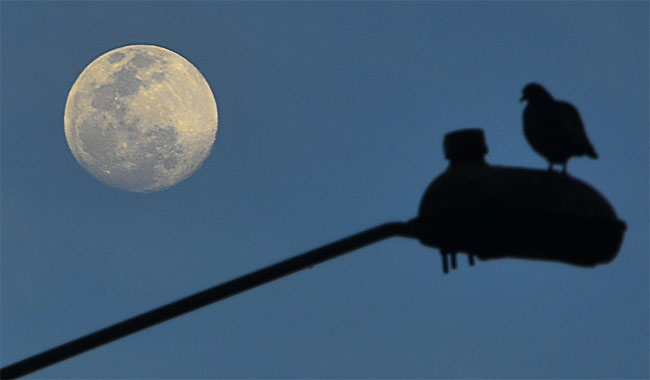 The moon is seen as a dove on a stret ligth is silhouetted in Bogota on June 21, 2013 during the summer solstice. (Luis Acosta/AFP Photo) 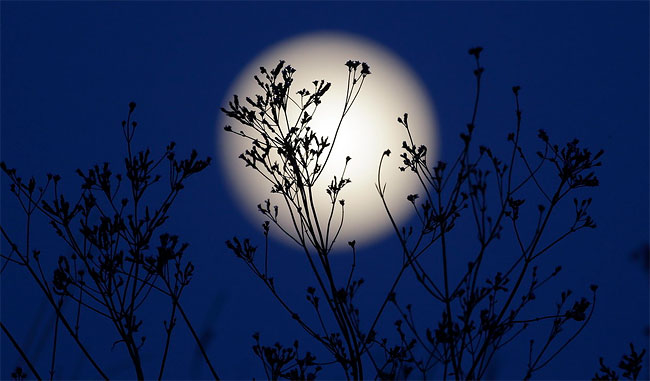 A “supermoon” rises behind roadside plants growing in Prattville, Ala., Saturday, June 22, 2013. The biggest and brightest full moon of the year graces the sky early Sunday as our celestial neighbor swings closer to Earth than usual. While the moon will appear 14 percent larger than normal, sky watchers won’t be able to notice the difference with the naked eye. Still, astronomers say it’s worth looking up and appreciating the cosmos. (Dave Martin/AP Photo)