Meet the King of Innovation 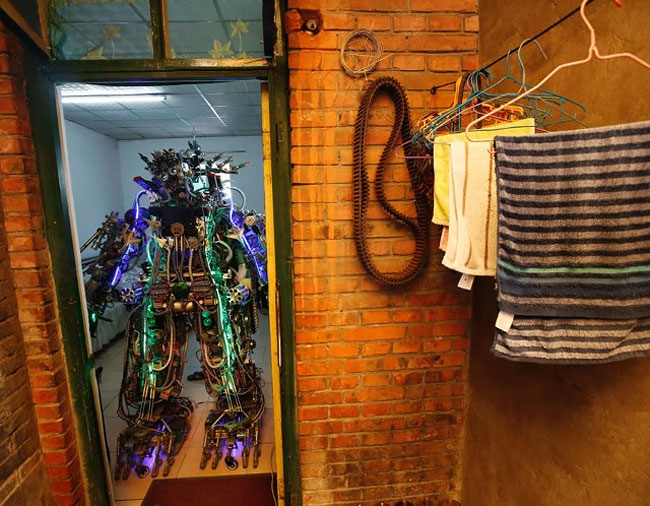 Chinese inventor Tao Xiangli controls a robot with a remote controller in Beijing, on August 9, 2013. The self-taught inventor built the home-made robot, named “The King of Innovation”, out of scrap metal and electronic wires that he bought from a second-hand market.

Once the backroom boffin had created the robot, which measures 2.1 metres high (or 6 feet 9 in its unstocking-ed feet) and 480 kg (1,058lb) in weight, turned out to be too tall and heavy to walk out of the front door of his house. It can perform simple tasks, although isn’t quite at the stage of being able to put the bins out or feed the cat. Nevertheless, the robot can put on an impressive turn of speed considering its weight and lofty dimensions.

Tao completed his creation in less than a year, with costs of production and living expenses amounting to 300,000 yen, which equates to around £32,000 – not bad value for something that has the potential to do an awful lot more than simply look good. The inventor does not plan to stop there, however, and spends his spare time tinkering with other old bits of cast-off technology with a view to engineering another innovation in due course. (Photo by Kim Kyung-Hoon/Reuters) 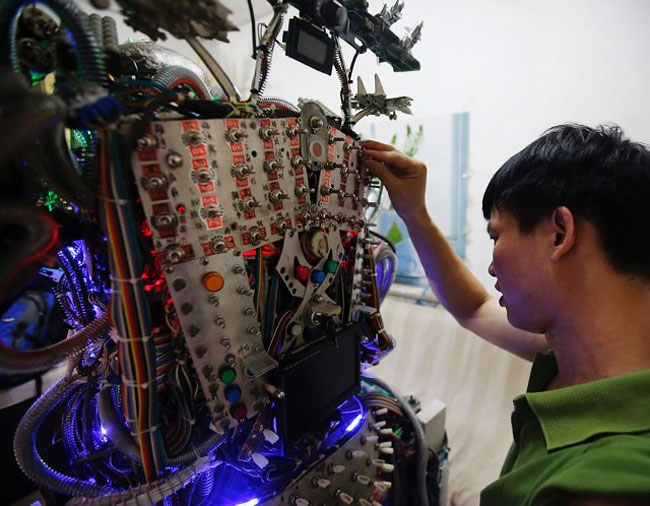 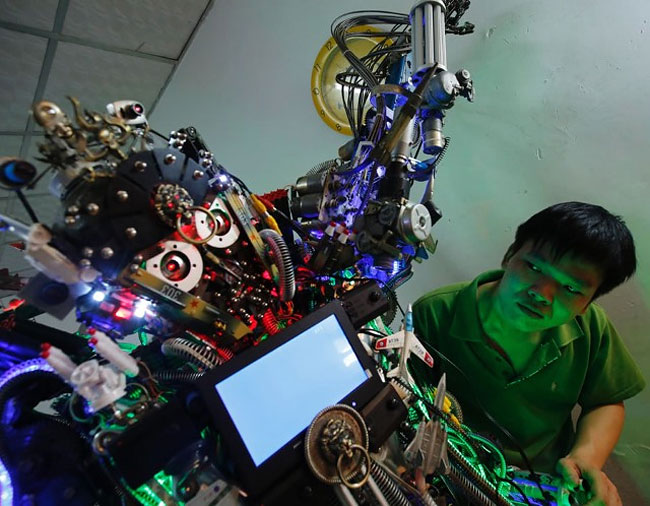 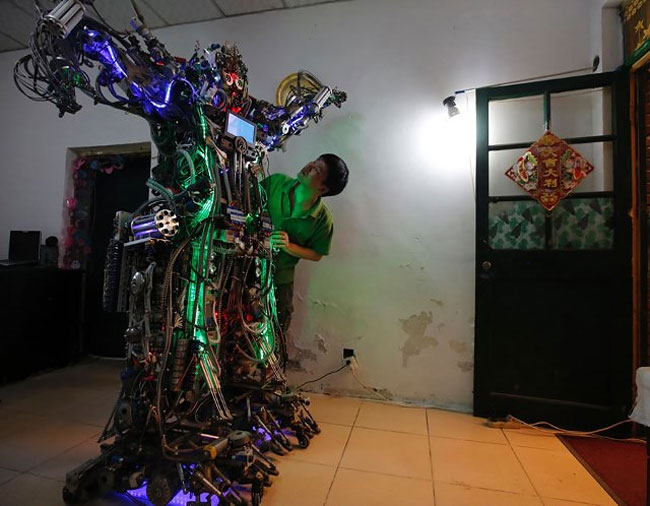 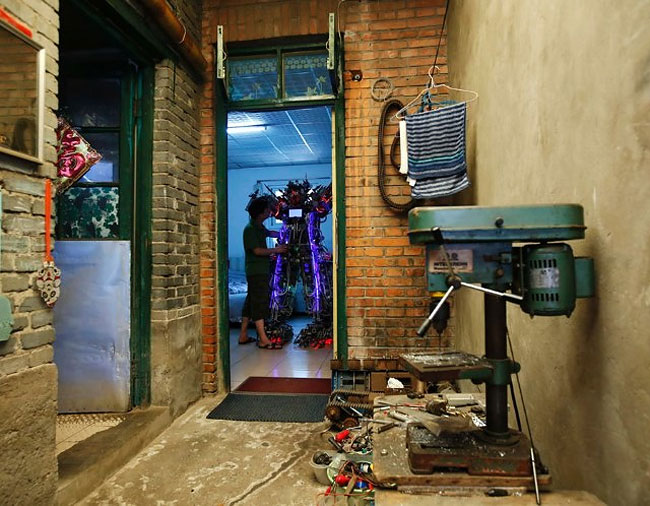 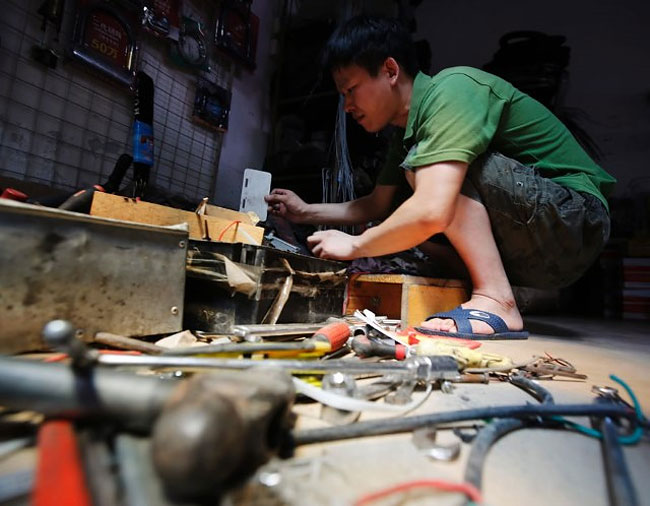 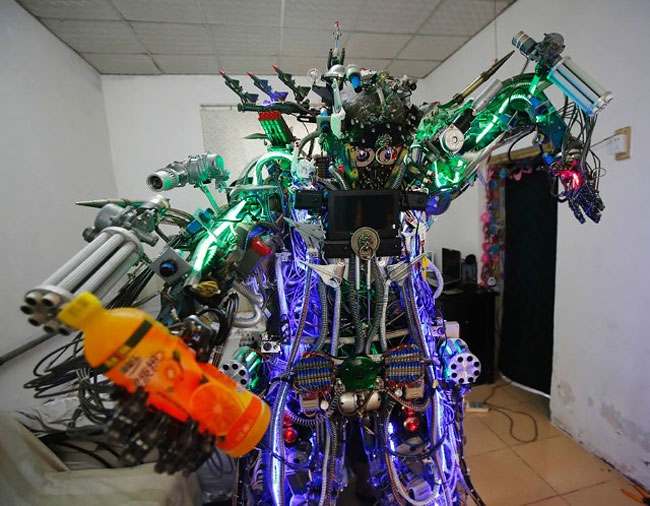 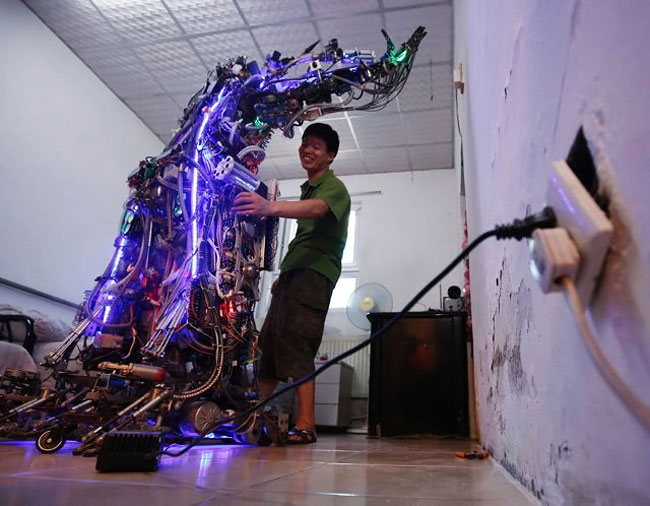 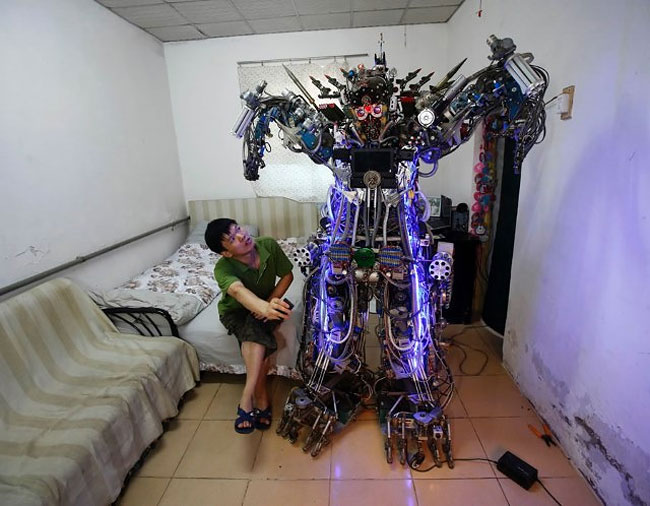 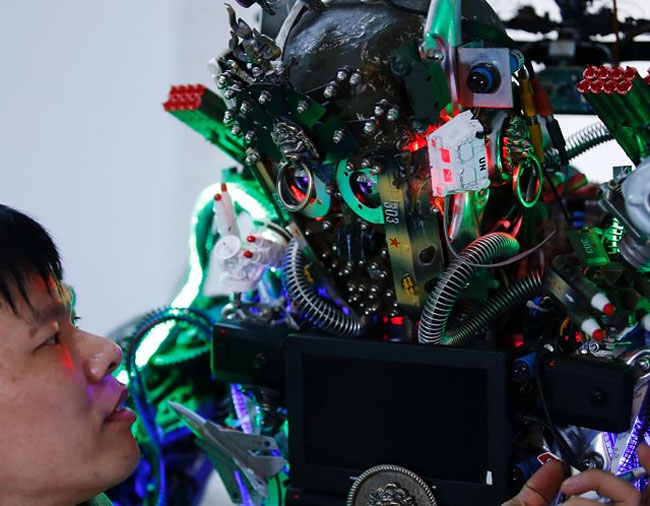 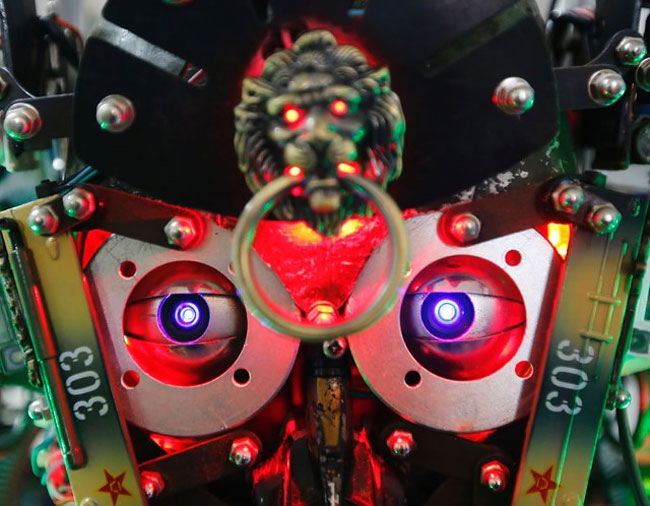