Photo of the Day: Clouds of Gibraltar 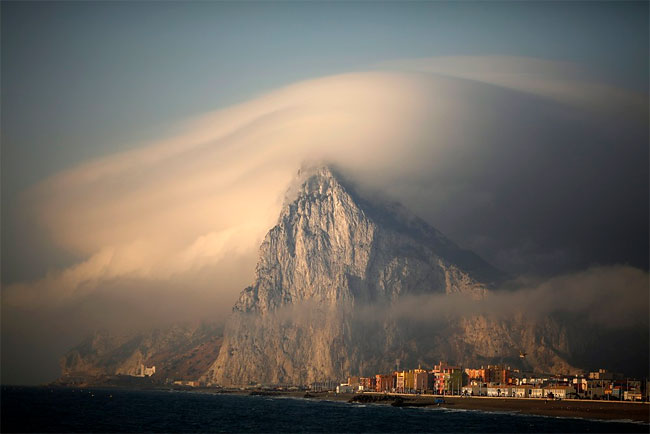 A cloud partially covers the tip of the Rock of the British territory of Gibraltar at sunrise from La Atunara port before Spanish fishermen sail in their fishing boats with their relatives to take part in a protest at an area of the sea where an artificial reef was built by Gibraltar using concrete blocks, in Algeciras bay, La Linea de la Concepcion in southern Spain August 18, 2013. For just over an hour some 30 fishing boats circled where 70 3-tonne concrete blocks were dropped in July to form a reef that Spain said was not legal and prompted the government to ramp up border checks with the British overseas territory. (Jon Nazca/Reuters)