Photo of the Day: Don’t Bear Wit Me 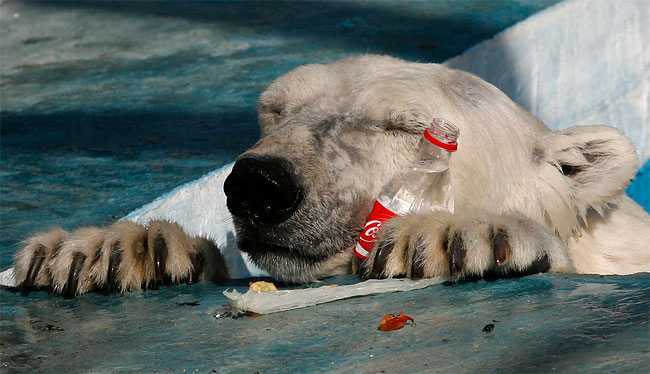 Aurora, a three-year-old female polar bear, plays with a plastic bottle in a pool in its new open air cage at the Royev Ruchey zoo on the suburbs of Russia’s Siberian city of Krasnoyarsk. Aurora and her sister, Victoria, were found without their mother in Russia’s Taymyr Peninsula on the Arctic Ocean coast in May 2010, and were later brought to the zoo in Krasnoyarsk. A zookeeper is planning to encourage breeding between Aurora and Felix, a male polar bear who was also found on the wildlife Russian Arctic Wrangel Island, a zoo representative said. (Photo by Ilya Naymushin/Reuters)