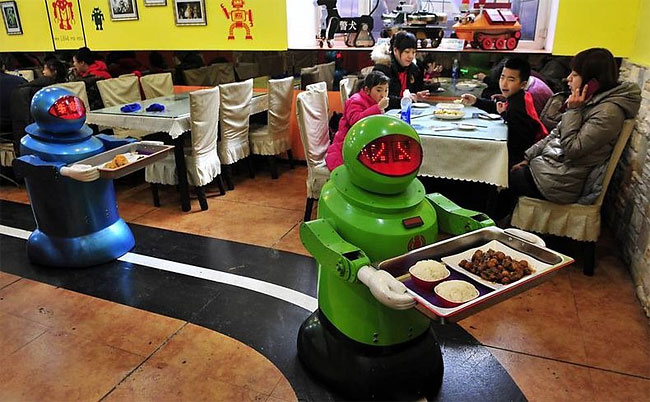 A restaurant in downtown Harbin, China, employs 20 robots instead of humans that cook, serve and entertain its guests. The restaurant opened in June 2012 and has since become a novelty spot in Heilongjiang province’s capital.

When a diner walks in, an usher robot extends their mechanic arm to the side and says “Earth person hello. Welcome to the Robot Restaurant”. Patrons can then place their order, which is relayed by humans to one of the four robot chefs who are able to cook various styles of dumplings and noodles. Once the dish is prepared, a robot waiter, which runs along tracks on the floor, carries it from kitchen to table. Prepared dishes are placed on a suspended conveyor belt and when the plate reaches the right table the mechanical arms lift it off and set it down. As they eat, a singing robot entertains diners. (Sheng Li/Reuters/CNET) 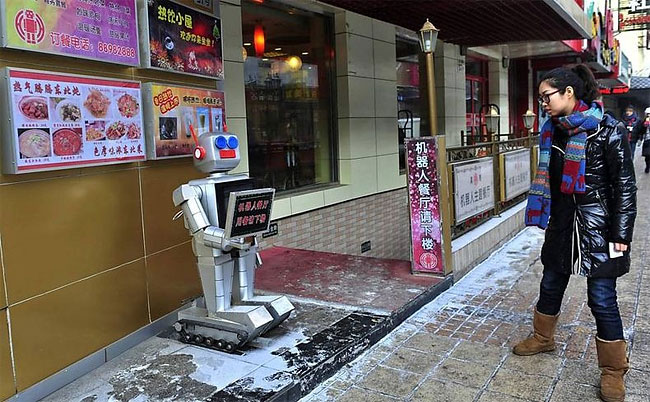 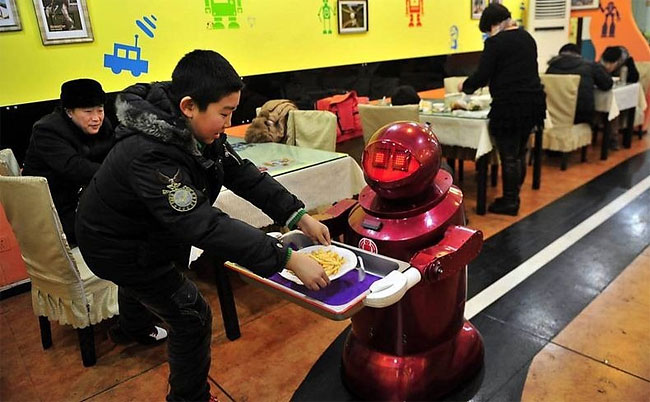 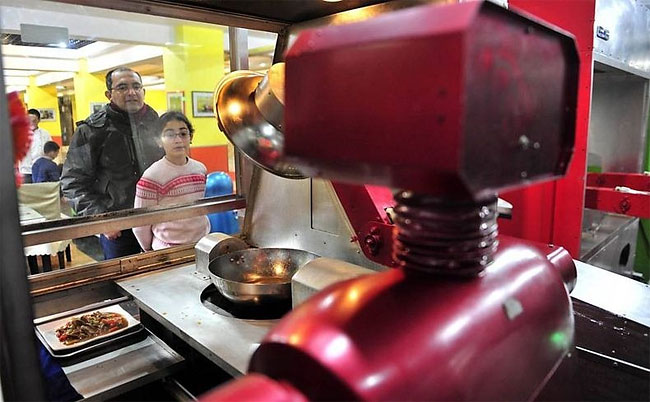 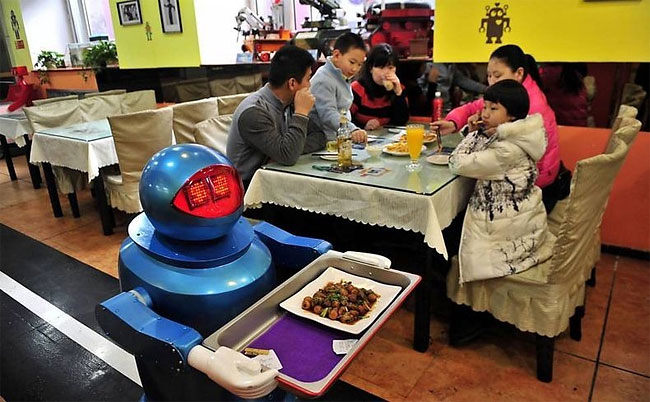 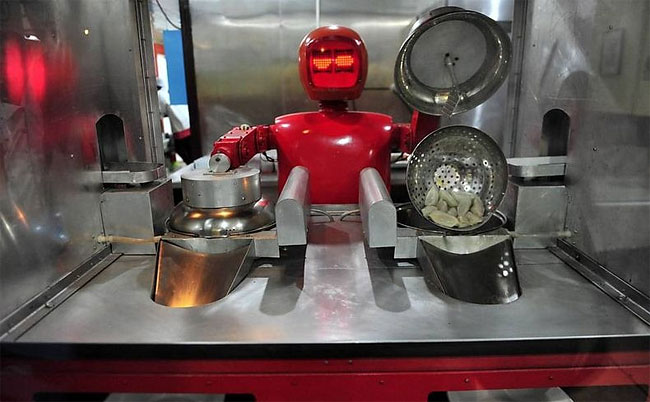 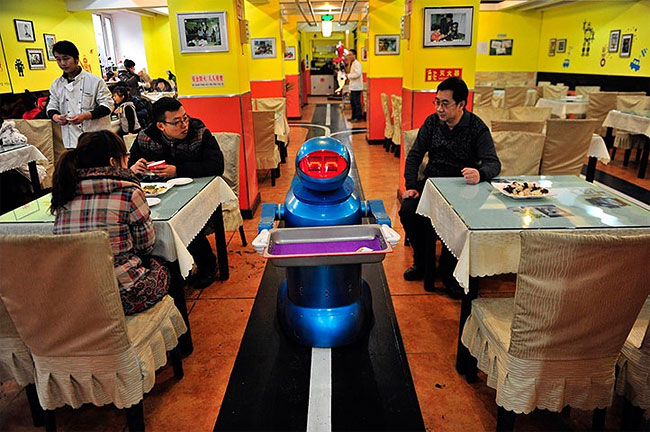 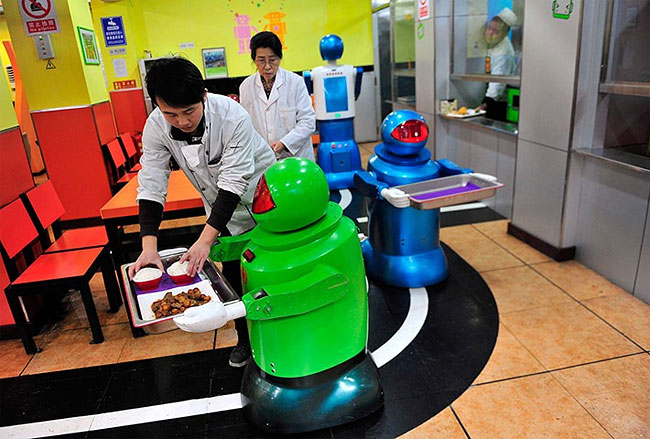 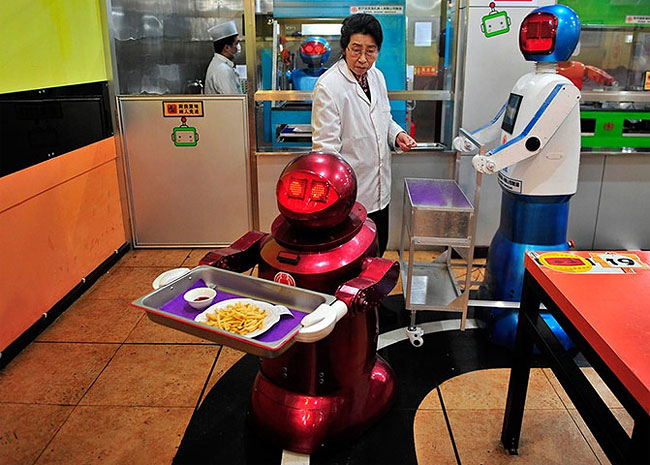