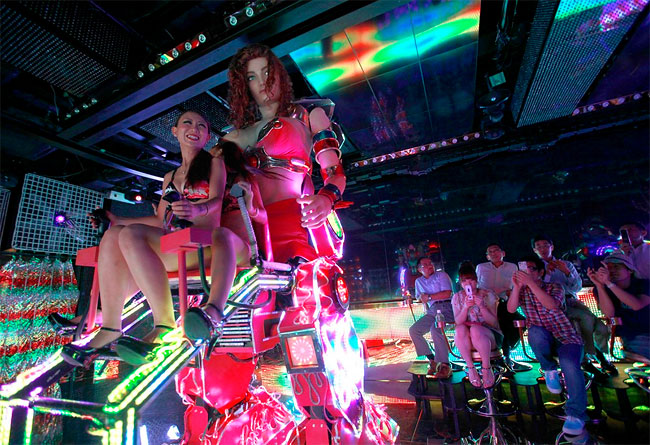 In a restaurant down an alley in one of Tokyo’s best-known red light districts, four massive female robots wink and wave as they lumber to the beat of traditional Japanese drums and a Lady Gaga dance tune. It’s show time at the “Robot Restaurant,” a high-tech take on the city’s decades-old cabaret scene that puts a friendly, if unusual, face on the robot technology in which Japan is a world leader.

More than half the world’s industrial robots are used here, but the featured performers at the brand-new venue, which owners say cost 10 billion yen (US$125.8 million) and took three years to build, are 3.6 meter-high, custom-made female robots with facial features controlled by the club’s women dancers.

The lower half of each robot resembles the iconic Japanese character Gundam on wheels, while its curvaceous human-like upper body is clad in a futuristic gladiator outfit. They have blonde, brown or red hair with blue or green eyes. Each is controlled by two bikini-clad women, who perch in a high seat attached to the robot’s stomach and control the facial features and legs using joysticks attached to the seats for the hour-long “Fighting Females” performance. (Photos by Yuriko Nakao / Reuters / Tokyo Scum Brigade) 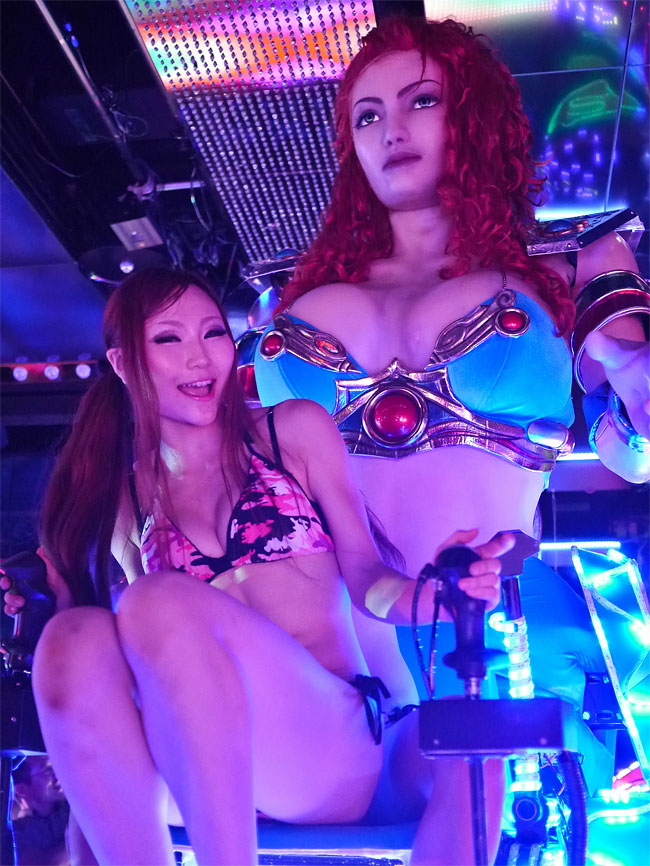 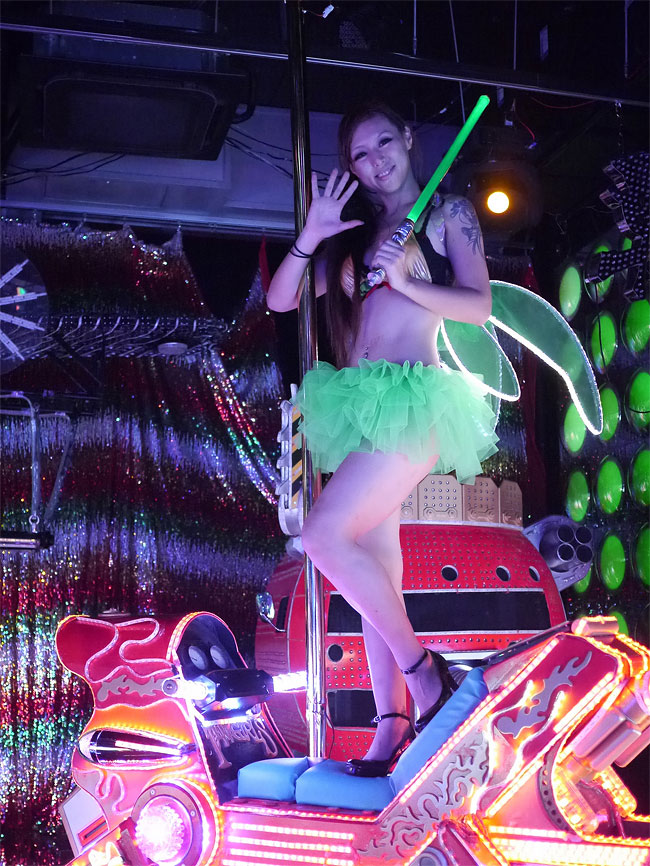 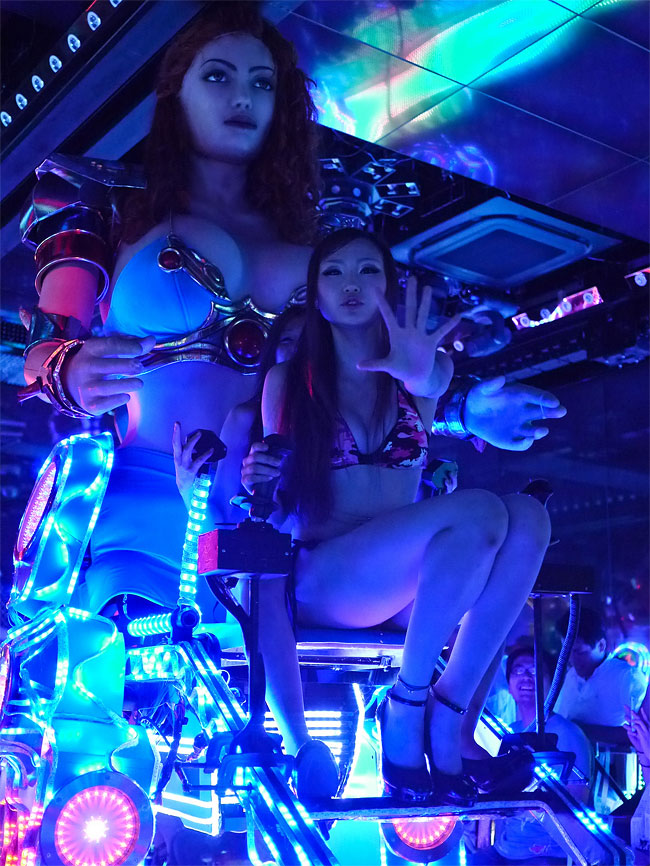 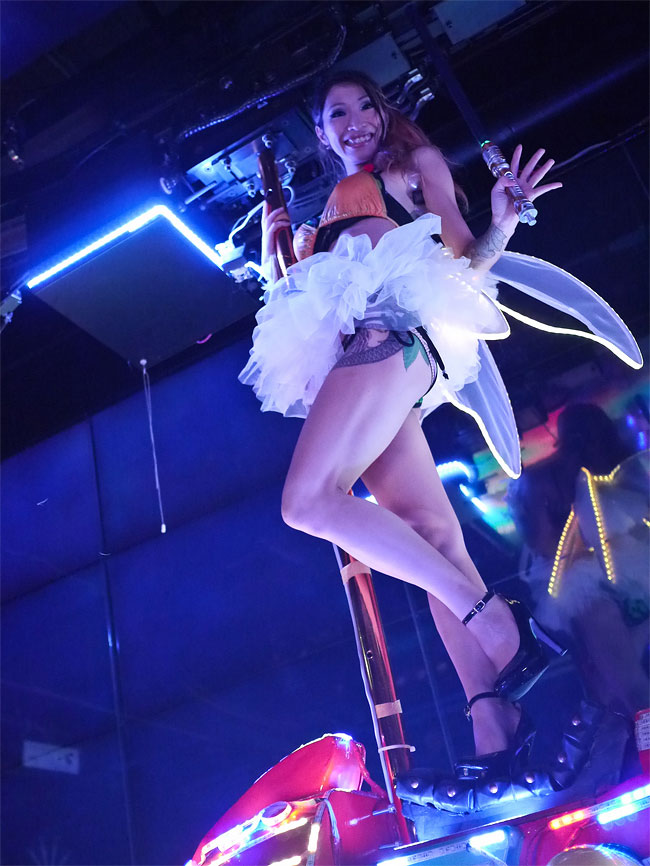 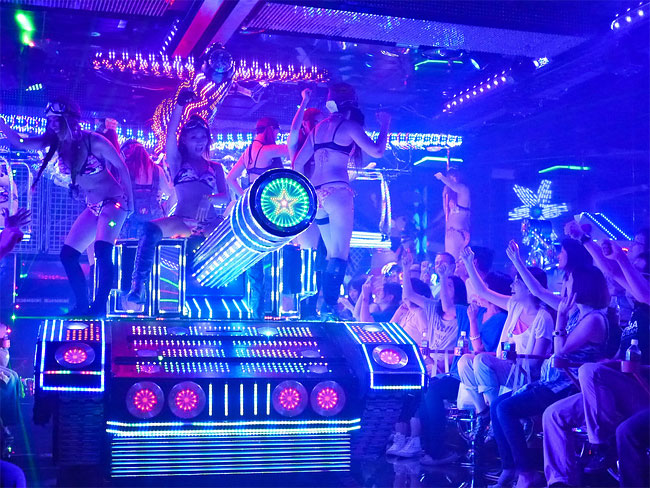 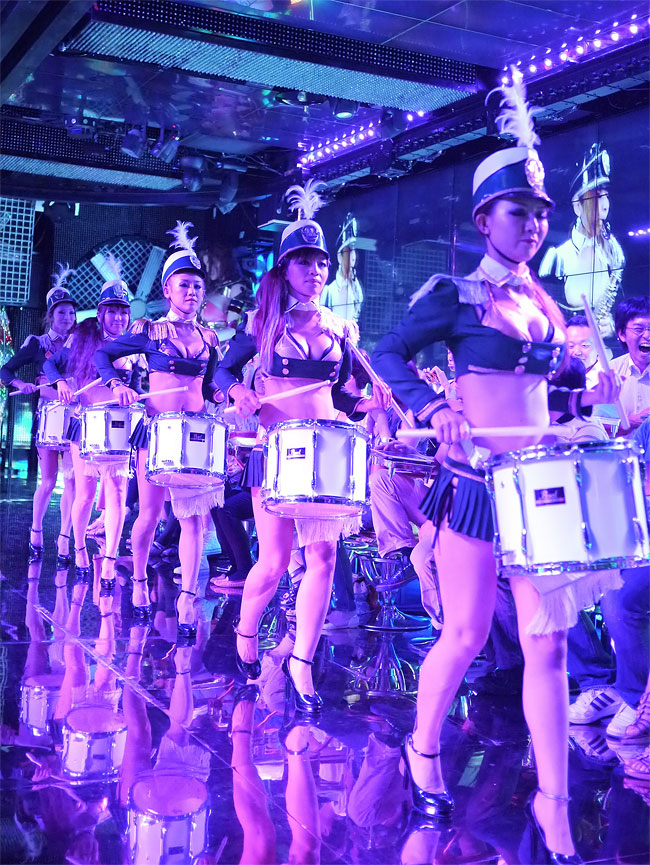 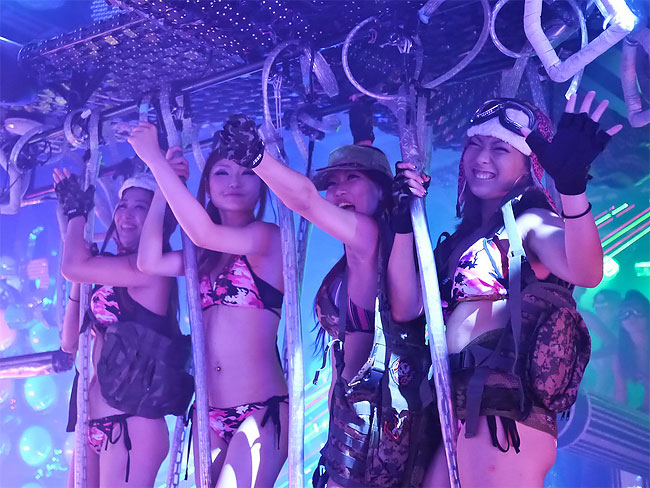 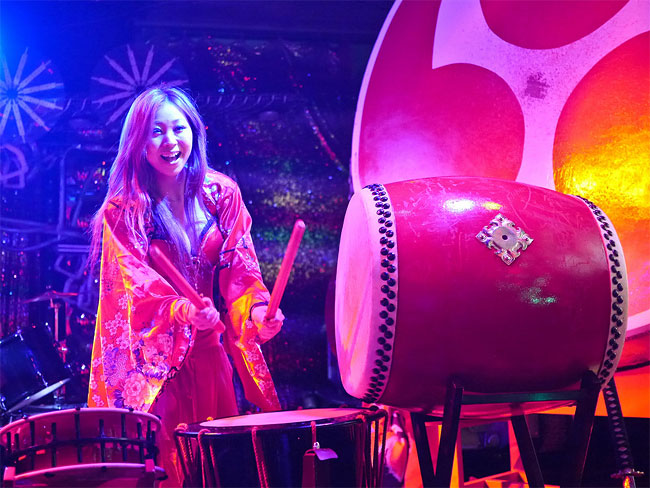 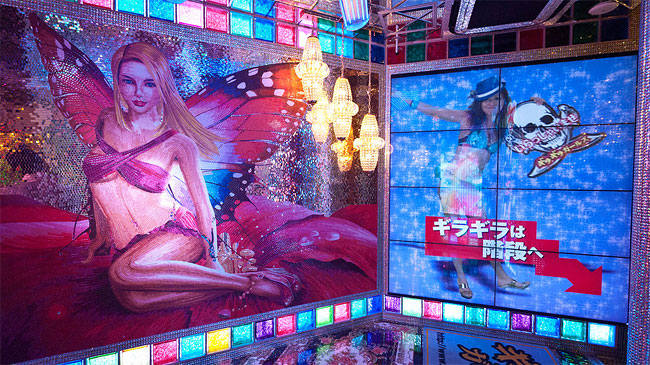 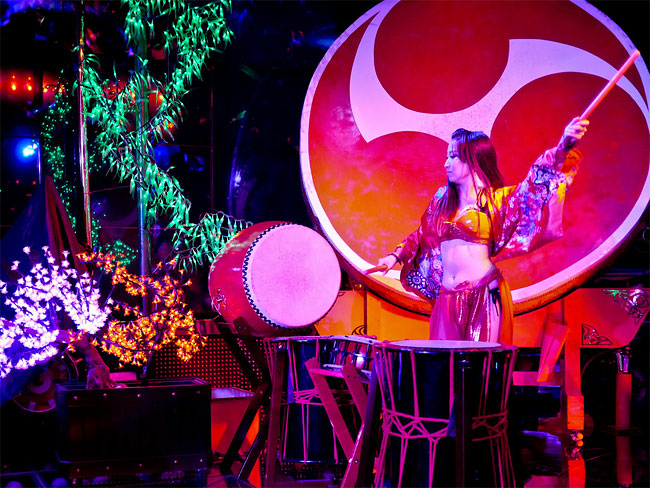 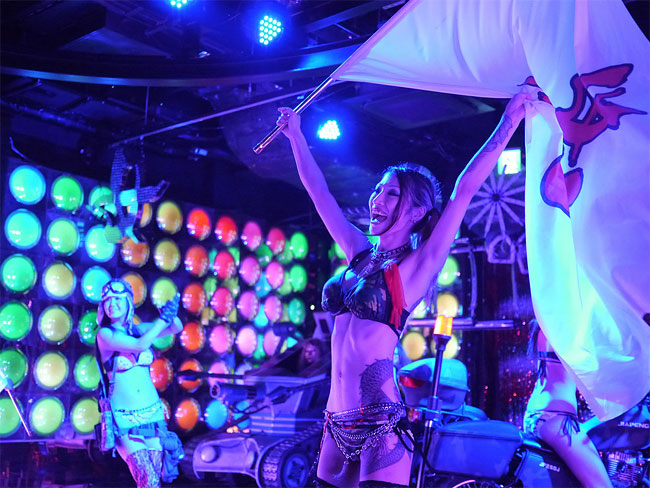 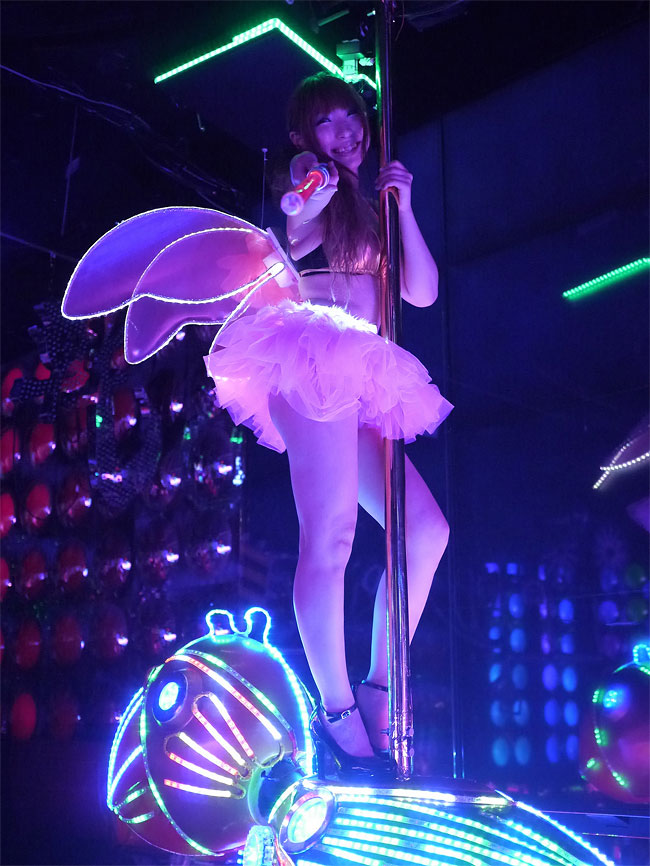 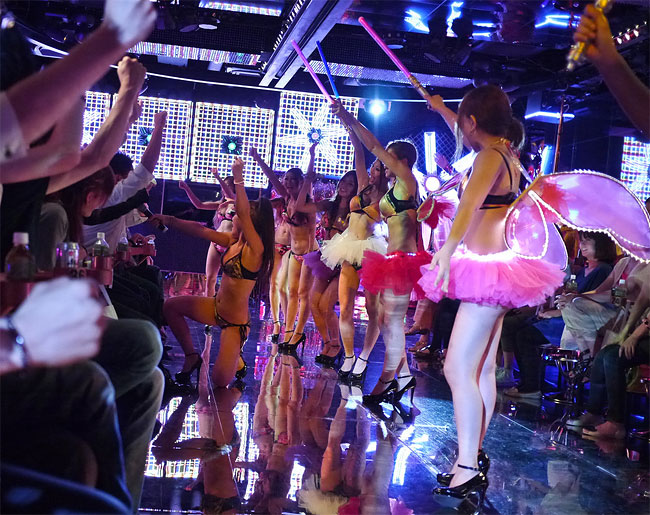 Abandoned Sharing-Bikes Create 'Graveyards' In China
This Small Village In Indonesia Is Literally Made Out Of Rainbows
Beautiful Scenery of Hulun Buir Grassland
Rare And Amazing Photographs From The First Australasian Antarctic Expedition Between 1911-14
Photographer Spends Three Years Travelling The World To Capture Stunning Landscape Images At Sunrise And Sunset
No Pants Subway Ride 2018
Experience The Fjords And Mountain Ranges Across Norway In A Birdbox
There’s An Old Abandoned Theme Park Near Tokyo, And It’s Creepy As Hell
Stunning Aerial Photos Of Australia From Above
“Life Is Too Short To Be Unhappy”: Dublin Student Beat Depression By Befriending Sharks, Stingrays And Pigs In The Bahamas
20 Beautiful Photographs Of Urban Decay In Detroit’s Crumbling Ghost Neighbourhoods
The Most Colorful Places On Earth
Back to the Future Day
Let #GandalftheGuide Show You The Beauty Of New Zealand In This Photo Series
Let's Discover Sweden's Icehotel Incredible Bedrooms Made Of Ice And Snow
Man Quits Job, Sells Everything To Travel With His Rescue Cat Across Australia
Daily Life in a Slum on the Outskirts of Lahore, Pakistan
The Solo Honeymoon: Woman’s Sad Photos After Husband Denied Visa
People In Africa Are Now Putting Bee Hives Around Fields, And It’s Not For The Honey
"Egypt Tomb": Mummified Mice Found In 'Beautiful' Ancient Chamber
Nepal's Women-Only Buses
A McDonald's in New Zealand Lets Diners Eat Inside a Decommissioned Airplane
Welcome To Creepy Island Of Broken Dolls On Teshuilo Lake In Mexico
This Thai Resort Is Surrounded By Trees And Was Inspired By Four Fictitous Clans
Traditional Historical Ski Race In Czech Republic
This Guy Bought A Giant Plastic Godzilla, And Now They Travel Everywhere Together
Adorable 'Little Monks' In Chongqing Go Viral Online
Thousands Of Fireflies Light Up The Night In Mexico
Highways On The Runway? New Dress Designs Show Infrastructure's Chic Side
An Aerial Tour Of An Abandoned Chinese Fishing Village By Joe Nafis
restaurant, robot, tokyo