2013 Pictures of the Year from Agence France Presse

A selection from AFP Pictures Of The Year from 2013. 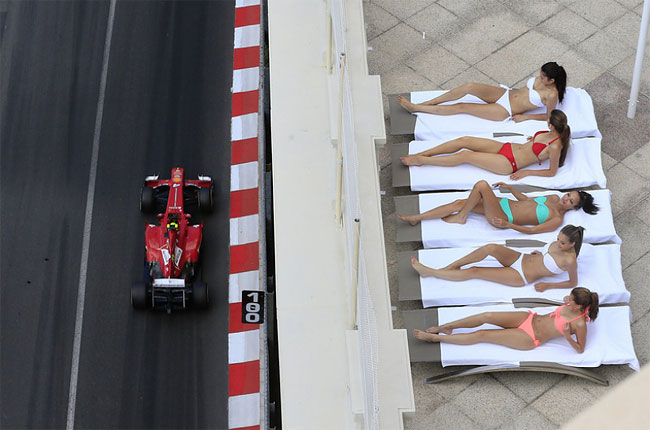 Women sunbathe as Ferrari’s Brazilian driver Felipe Massa drives past during the third practice session at the Circuit de Monaco in Monte Carlo on May 25, 2013 ahead of the Monaco Formula One Grand Prix. ALEXANDER KLEIN/AFP/Getty Image 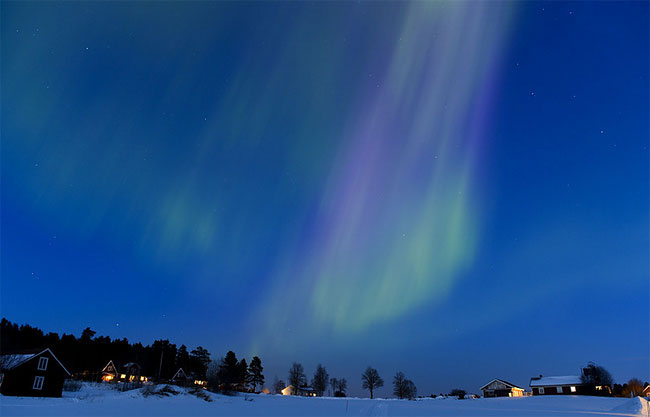 The Aurora Borealis light up the sky at twilight on March 17, 2013, between the towns of Are and Ostersund, Sweden. JONATHAN NACKSTRAND/AFP/Getty Images 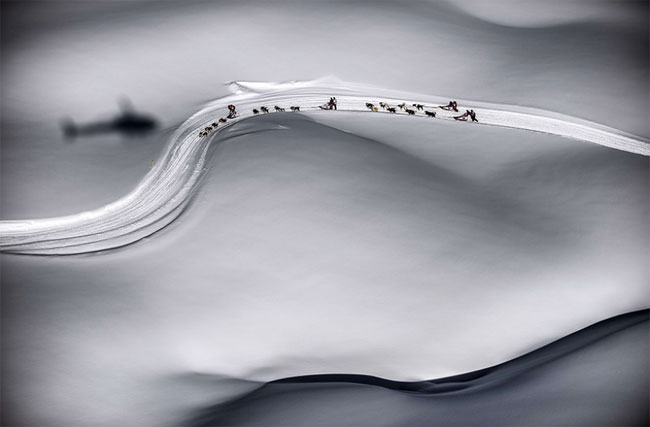 Mushers compete on January 18 2013, in Megeve, during the departure of a stage of the Grande Odyssee sledding race. JEFF PACHOUD/AFP/Getty Images 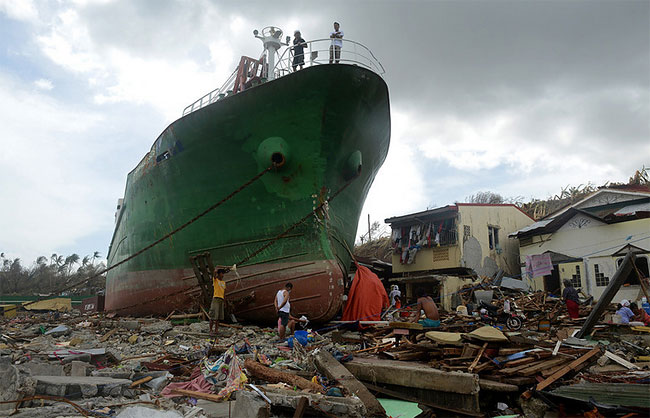 People walk amongst debris next to a ship washed ashore in the aftermath of Super Typhoon Haiyan at Anibong in Tacloban, eastern island of Leyte, on November 11, 2013. Hundreds of Philippine soldiers and police poured into a city devastated by Super Typhoon Haiyan on November 11 to try to contain looting that threatens an emergency relief effort. NOEL CELIS/AFP/Getty Images 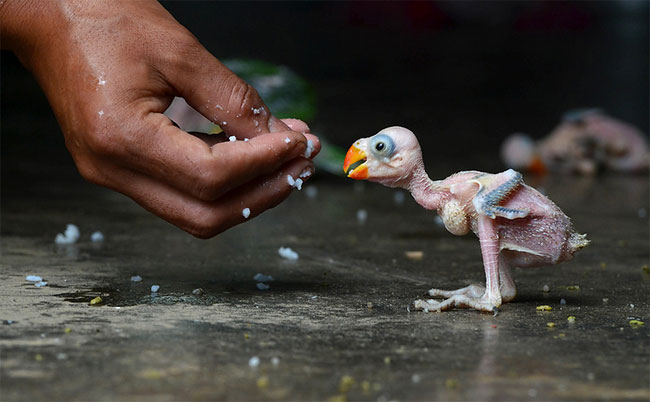 An Indian parrot hatchling is fed by hand in Dimapur on July 24, 2013, after being caught in a forest by a local hunter and offered for sale in the north-eastern Indian state of Nagaland. Despite a ban since 1990-91 on trade in all India bird species, hundreds of parrots are collected and traded annually in India. They are taken from the wild and smuggled within India and to other countries. STRDEL/AFP/Getty Images 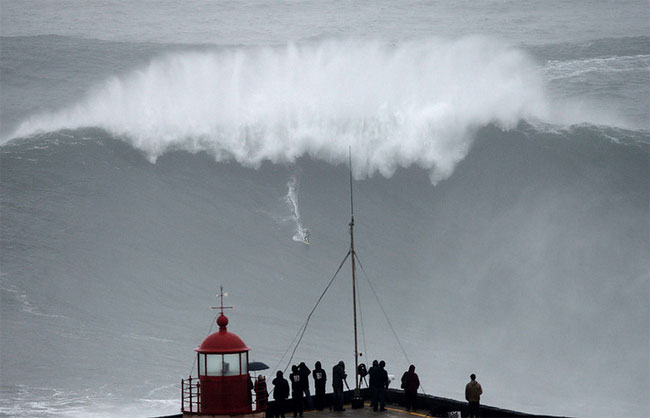 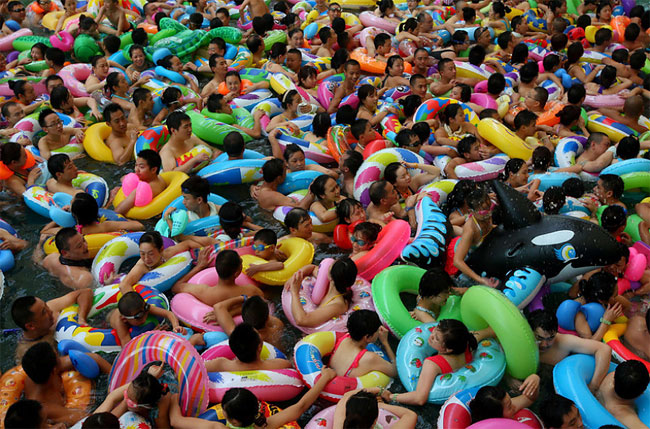 This picture taken on July 27, 2013 shows people trying to cool off at a water park in Suining, southwest China’s Sichuan province, as a heatwave hit several provinces in China. STR/AFP/Getty Images 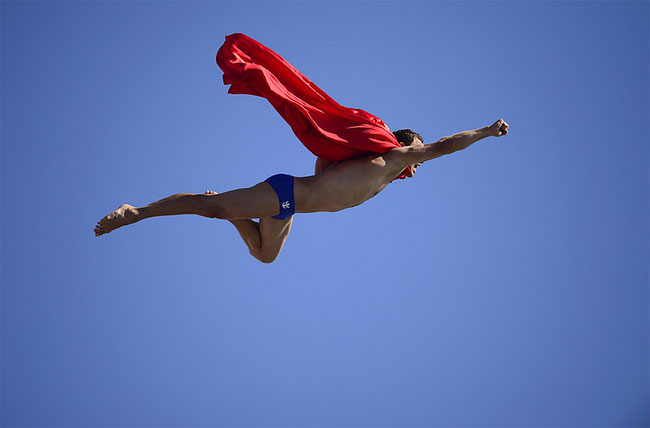 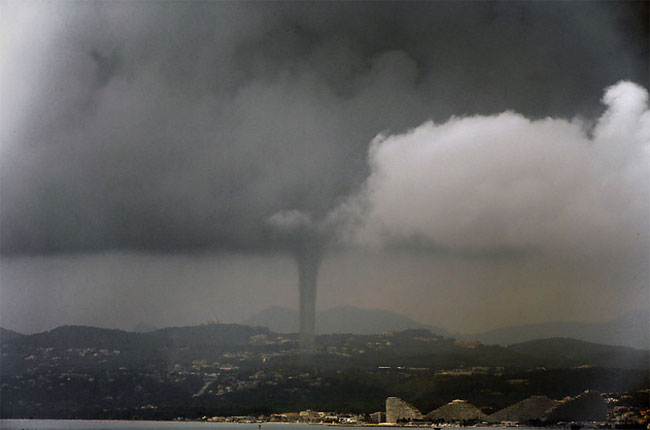 A tornado moves through Nice on June 9, 2013. According to the national meteorological office this occurs on average once a year in Nice. VALERY HACHE/AFP/Getty Images 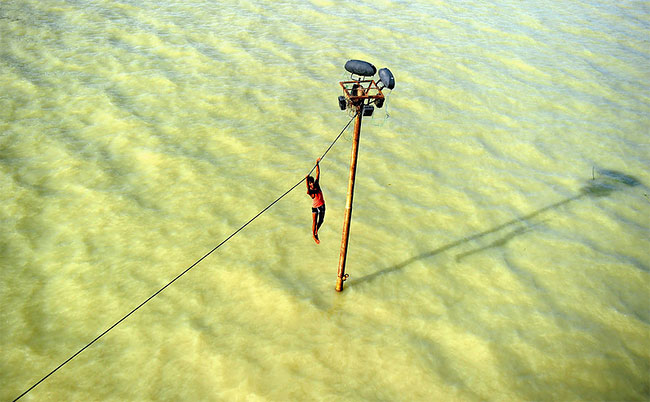 An Indian youth dangles from a power line before diving into the floodwaters of an overflowing Ganges river in Allahabad on August 6, 2013. The monsoon, which covers the subcontinent from June to September and usually brings flooding, accounts for about 80 percent of India’s annual rainfall. Sanjay Kanojia/AFP/Getty Images 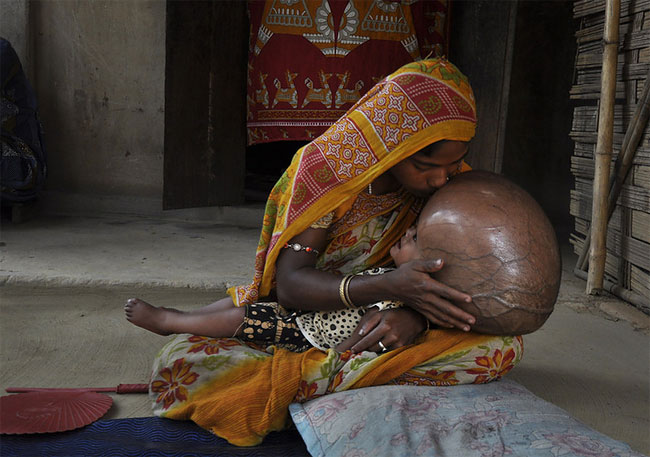 Fatima Khatun 25, kisses the head of her 18-month -old daughter, Roona Begum, who is suffering from Hydrocephalus, in which cerebrospinal fluid builds up in the brain, at their hut in Jirania village on the outskirts of Agartala, on April 13, 2013. Her father, who lives in a mud hut with his family, told AFP he prays for “a miracle” that will save his only child. Doctors told him to go to a specialist hospital in a big city such as Kolkata in eastern India to get medical help but Rahman, who earns 150 rupees ($2.75) a day working in the brick plant, said he does not have the money to take her. ARINDAM DEY/AFP/Getty Images 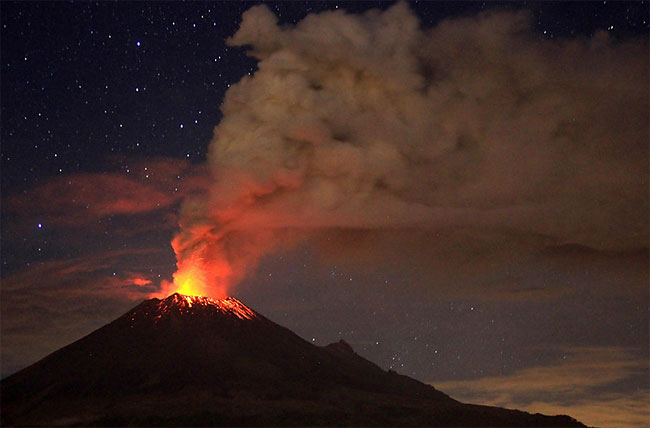 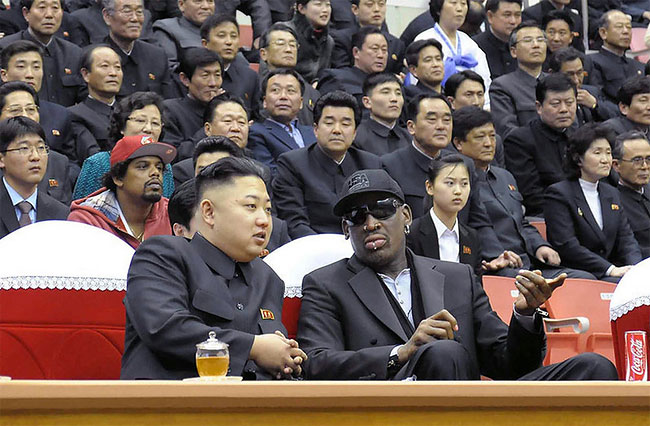 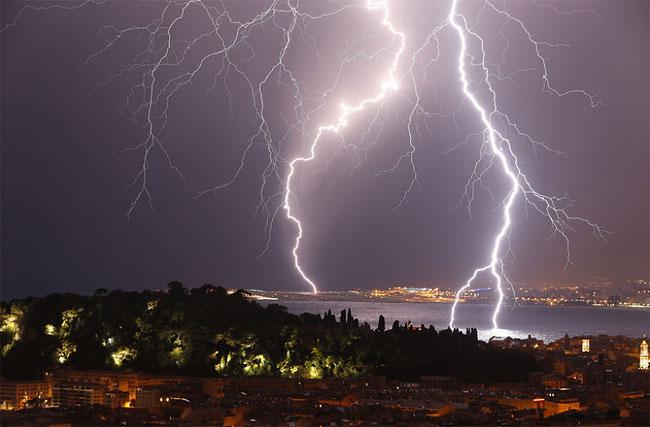 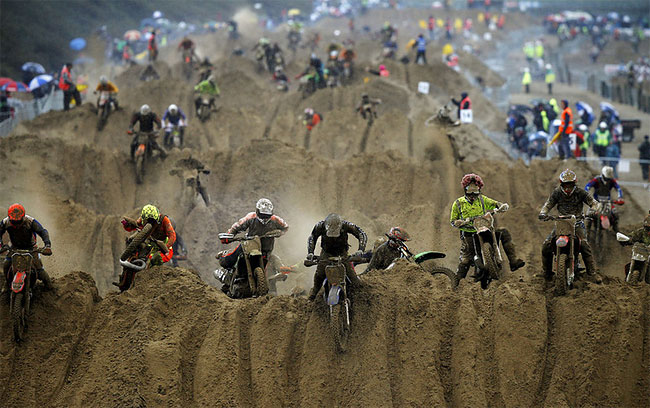 Riders reach the crest of a dune during the opening lap of the main race of the 2013 RHL Weston beach race in Weston-Super-Mare, southwest England, on October 13, 2013. Beach racing is an offshoot of enduro and motocross racing. Riders on solo motorcycles and quad bikes compete on a course marked out on a beach, with man-made jumps and sand dunes being constructed to make the course tougher during the three-hour endurance race. ADRIAN DENNIS/AFP/Getty Images 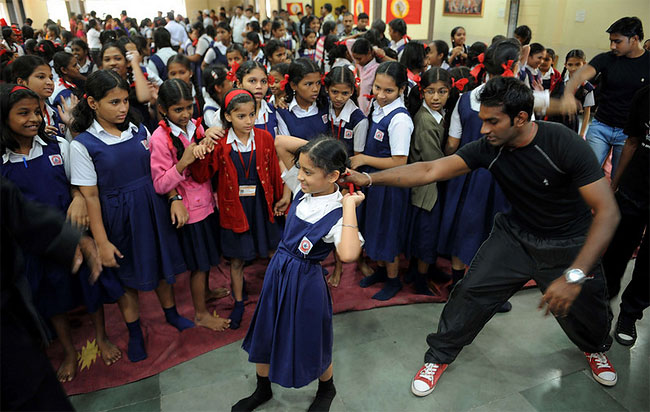 An Indian instructor (2R) shows a self defense technique to a school girl during classes at a school in Mumbai on January 4, 2013. After nearly three weeks of lurid reporting on a horrifying gang-rape in New Delhi, women in the Indian capital said they were more anxious than ever, leading to a surge in interest in self-defense classes. PUNIT PARANJPE/AFP/Getty Images 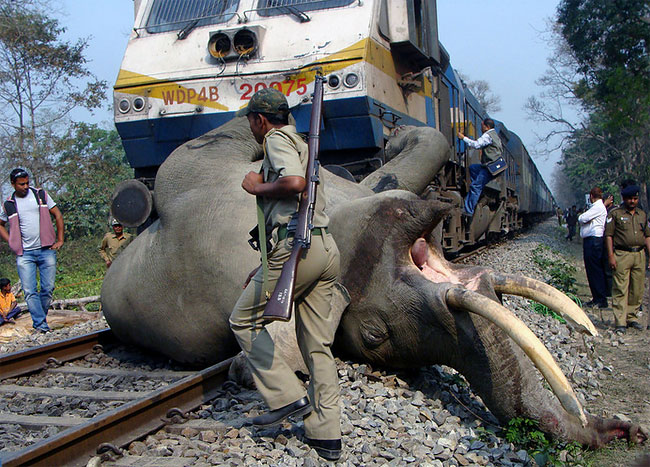 An Indian forestry worker walks past the body of a tusker elephant after it was struck and killed by a train at the Buxa Tiger Reserve, some 12 kms from Alipurduar on March 5, 2013. STR/AFP/Getty Images 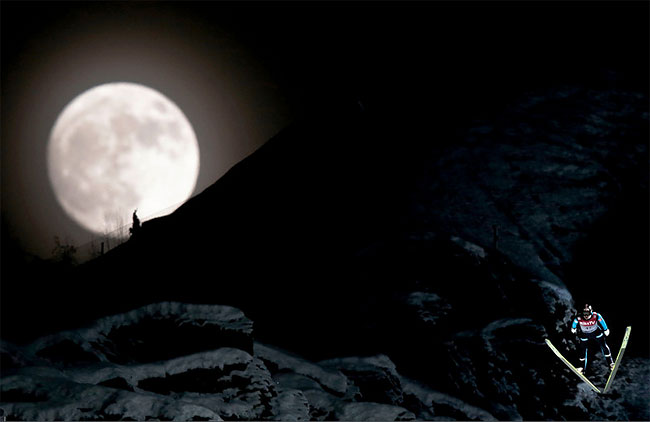 Norway’s Anders Bardal jumps during the official training session of the FIS Ski Flying World Cup in Vikersund, Norway on January 25, 2013, while a full moon rises over the mountain. DANIEL SANNUM LAUTEN/AFP/Getty Images 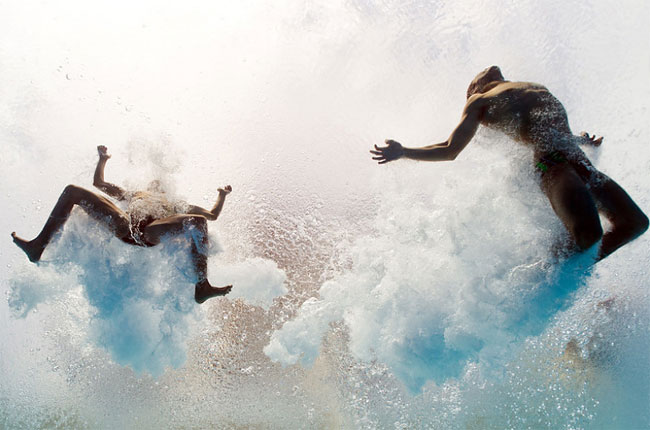 Mexico’s Ivan Garcia and German Sanchez enter the water as they compete in the men’s 10-metre synchro platform preliminary diving event in the FINA World Championships at the Piscina Municipal de Montjuic in Barcelona on July 21, 2013. FRANCOIS XAVIER MARIT/AFP/Getty Images 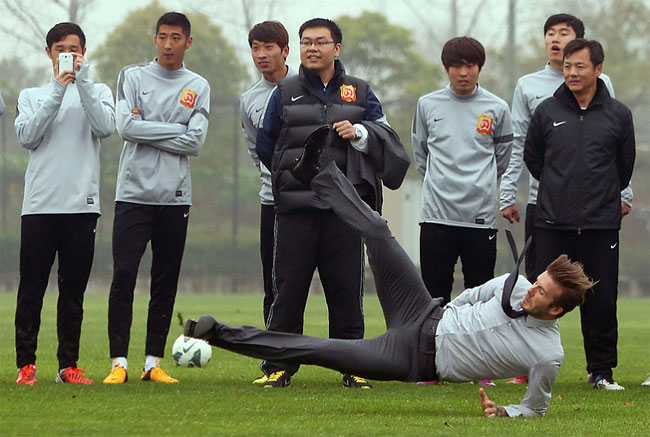 Soccer superstar David Beckham falls down after illustrating how to take a free kick during a visit to the Zall Football Club in Wuhan, central China’s Wuhan province on March 23, 2013. Beckham raised the prospect of one last stop on his global football journey on March 20, refusing to rule out playing in China after his contract with Paris Saint-Germain ends. STR/AFP/Getty Images 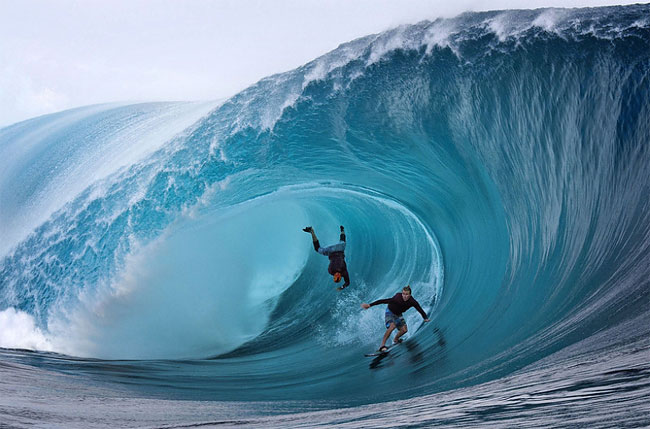 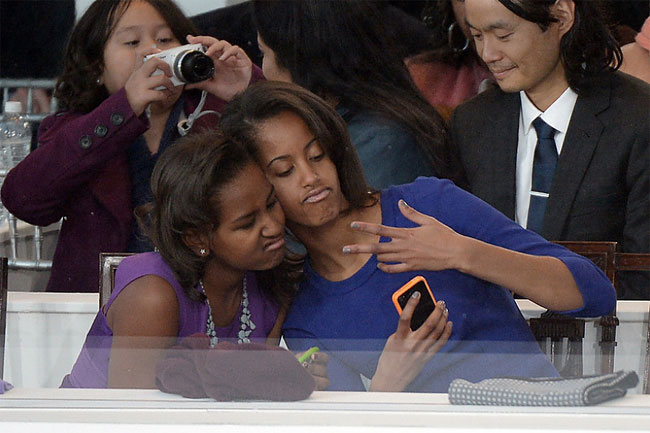 Sasha (L) and Malia Obama, daughters of U.S. President Barack Obama, take a photo of themselves during the Presidential Inaugural Parade on January 21, 2013 in Washington, DC. JOE KLAMAR/AFP/Getty Images 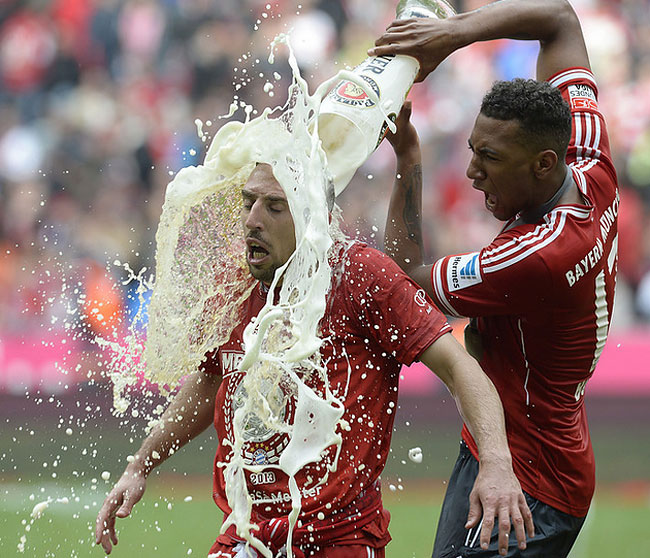 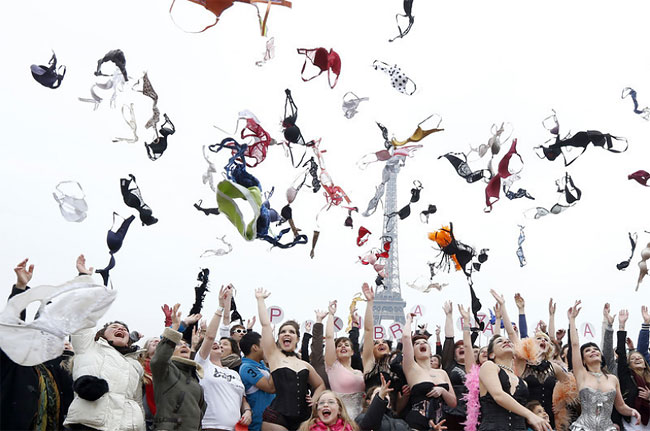 Women throws bras at the esplanade des droits de l’homme, in front of the Eiffel tower in Paris, during a happening called by “Pink Bra Bazzar, a French organization fighting against and sensitizing on breast cancer on March 25, 2013 . PIERRE VERDY/AFP/Getty Images 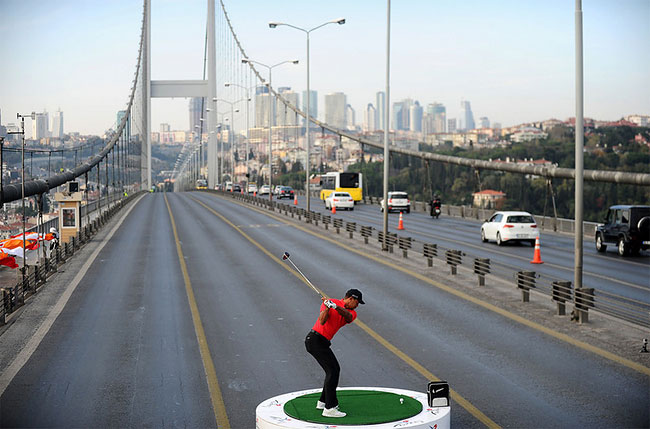 U.S. golfer Tiger Woods hits a ball as he poses during an event to promote the upcoming Turkish Airlines Open golf tournament, on the Bosphorus Bridge that links the city’s European and Asian sides, in Istanbul, on November 5, 2013. Woods was in Turkey to attend the tournament, which took place between November 7 to 10. BULENT KILIC/AFP/Getty Images 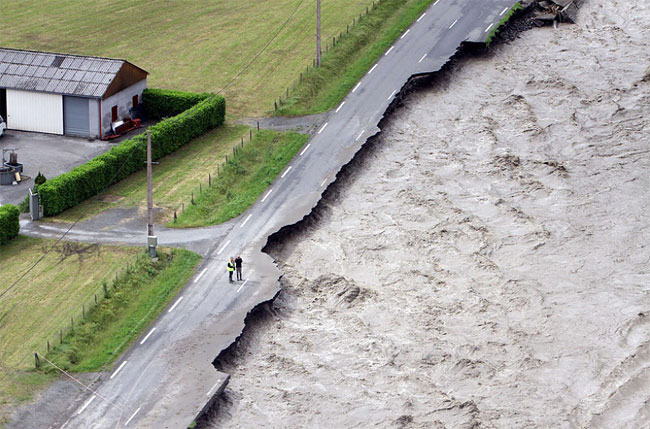 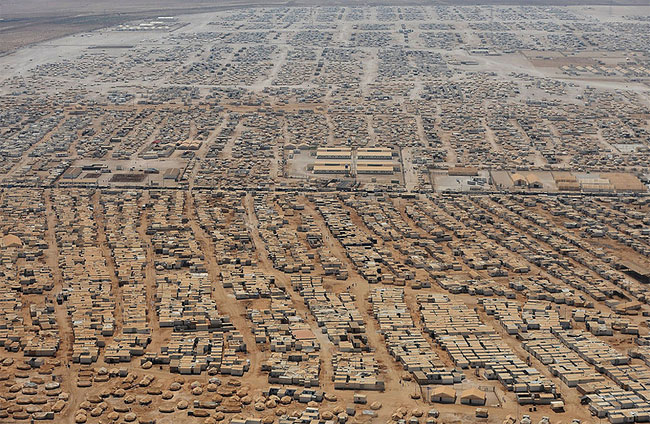 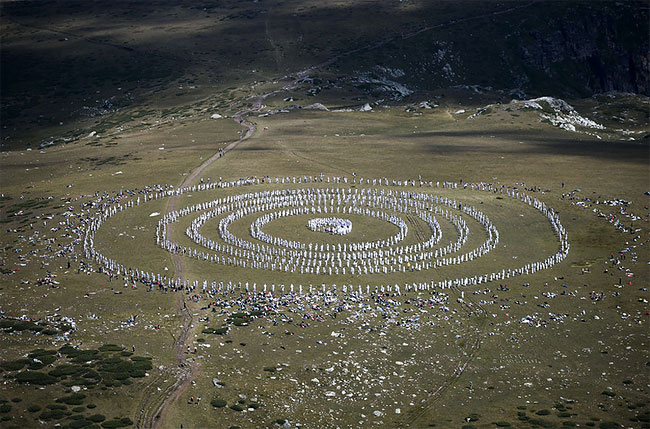 Members of an international religious movement called the White Brotherhood perform ritual dances on the top of the Rila Mountain, near Babreka lake, on August 19, 2013. The teaching of the movement, whose founder is Bulgarian Peter Deunov, combines aspects of Christianity and Hinduism with a heavy emphasis on brotherly love, a healthy diet and living in harmony with nature. DIMITAR DILKOFF/AFP/Getty Images 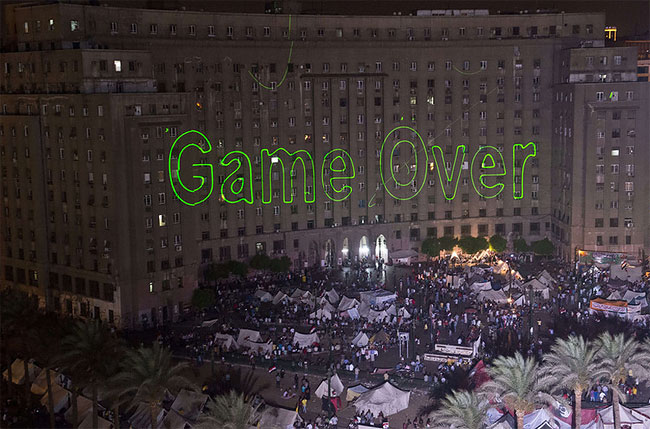