Halloween Around the Globe 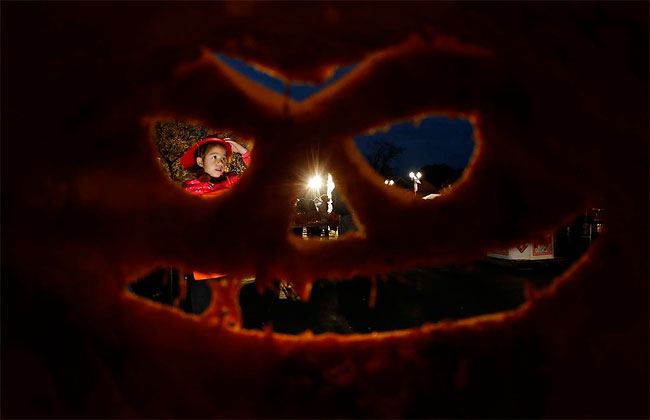 A girl is seen through one of the thousands of carved pumpkins on display at the Great Highwood Pumpkin Festival in Highwood, Illinois, on Oktober 18, 2013. (Photo by Jim Young/Reuters) 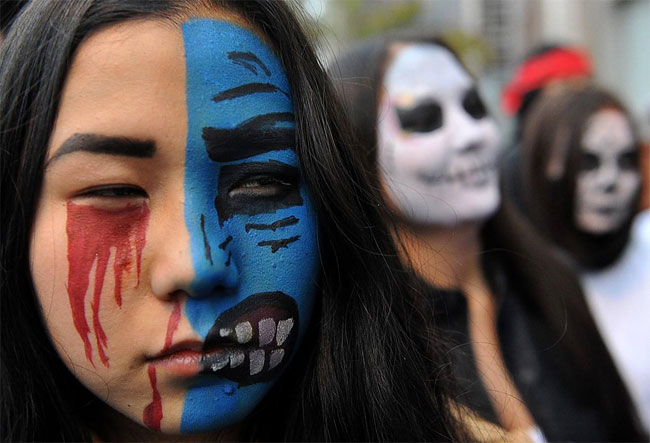 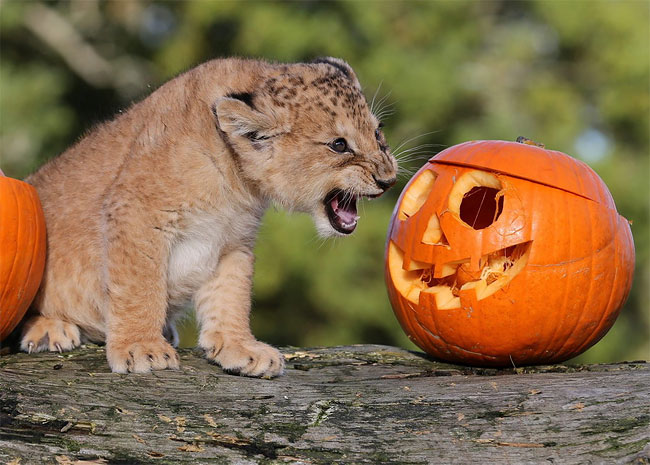 Karis, an 8 week old lion cub, growls at a pumpkin as she explores a Halloween treat put in her enclosure by staff at Blair Drummond Safari Park near Stirling, Scotland, Tuesday, October 29, 2013. (Photo by Andrew Milligan/AP Photo/PA Wire) 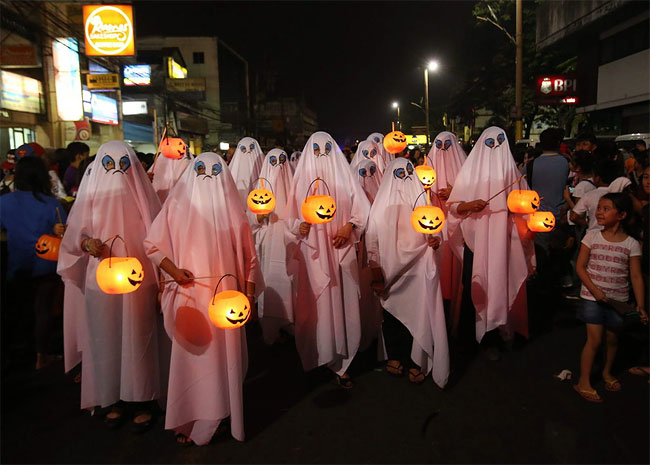 Filipinos wear ghost costumes as they join a Halloween Parade in Marikina city, east of Manila, Philippines on Wednesday, October 30, 2013. Hundreds of residents and government employees joined the parade as the country prepares to observe All Saints Day on November 1. (Photo by Aaron Favila/AP Photo) 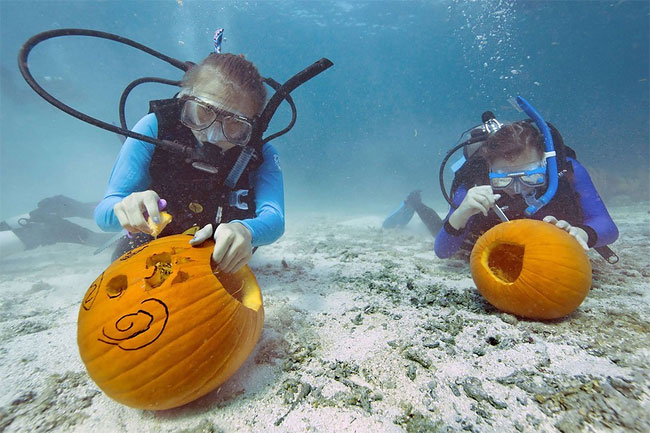 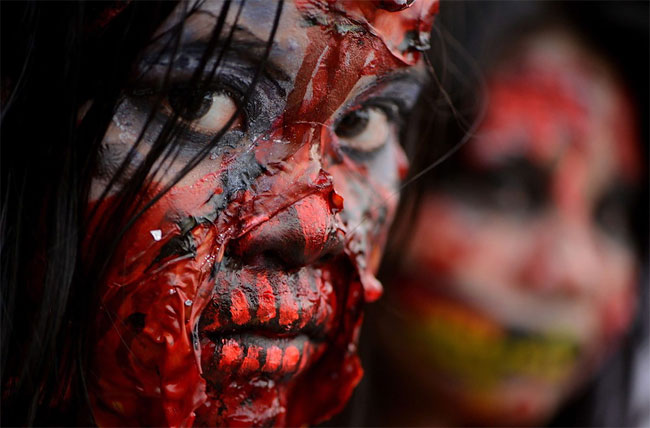 Students dressed as zombies participate in an annual Halloween Costume Parade in Manila on October 30, 2013. The activity aims to celebrate Halloween in a creative and fun way through the showcase of scary costumes. (Photo by Noel Celis/AFP Photo) 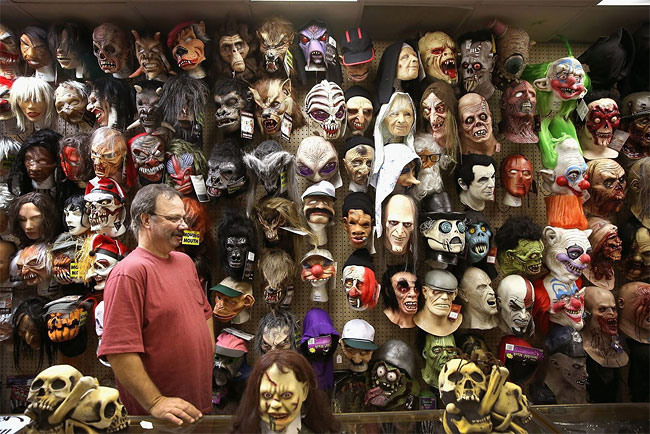 John Helmer sells Halloween masks at Fantasy Costumes on October 30, 2013 in Chicago, Illinois. Although Halloween spending has increased more than 50 percent since 2005, according to the National Retail Federation spending for the holiday this year is expected to be slightly lower than it was in 2012. (Photo by Scott Olson/AFP Photo) 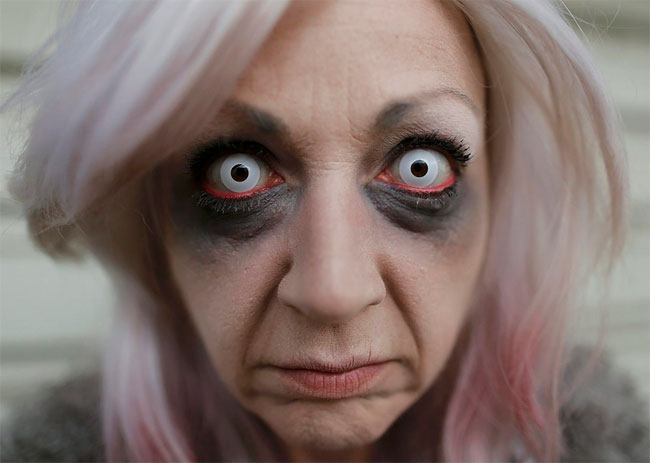 Project manager Yvonne Nagel poses for a photo while getting ready at Movie Park Germany in Bottrop October 25, 2013. Nagel, 38, will perform this year as the character “Amanda Young” from the “Saw” horror film series for the “Halloween Horror Party 2013” at Movie Park Germany. Her costume, which takes two hours to perfect, includes a 4.5 kilogramme (9.15 pounds) self-built metal ‘reverse bear trap’ which she wears on her head. The event is held to generate publicity for activities in the Movie Park Germany during the Halloween season from October 3 to November 2. (Photo by Ina Fassbender/Reuters) 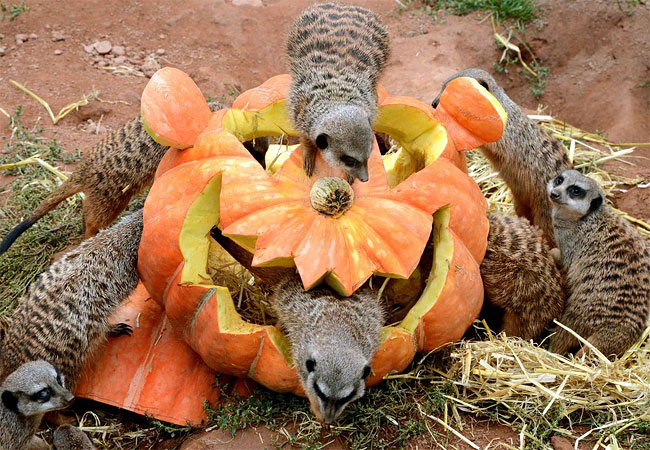 Meerkats inspect a pumpkin carved in Halloween design and filled with flour worms and straw at the zoo in Leipzig, eastern Germany. (Photo by Waltraud Grubitzsch/AFP Photo/DPA) 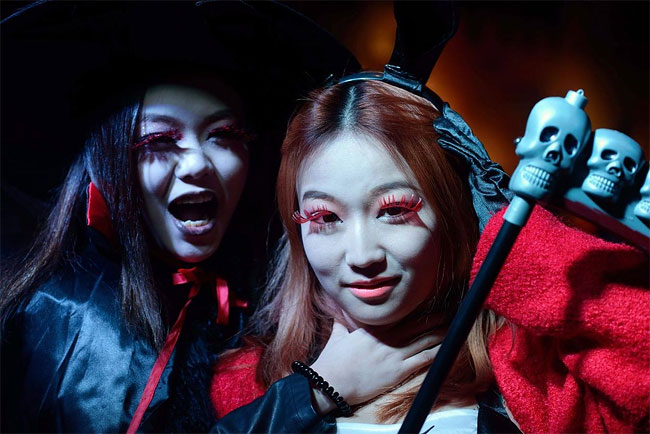 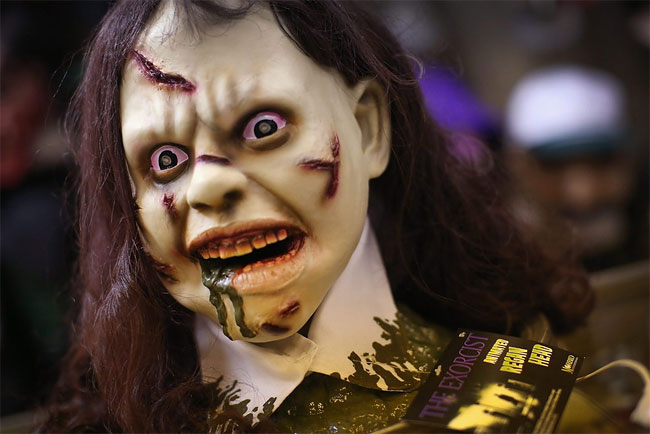 A Halloween mask called The Exorcist is offered for sale at Fantasy Costumes on October 30, 2013 in Chicago, Illinois. (Photo by Scott Olson/AFP Photo) 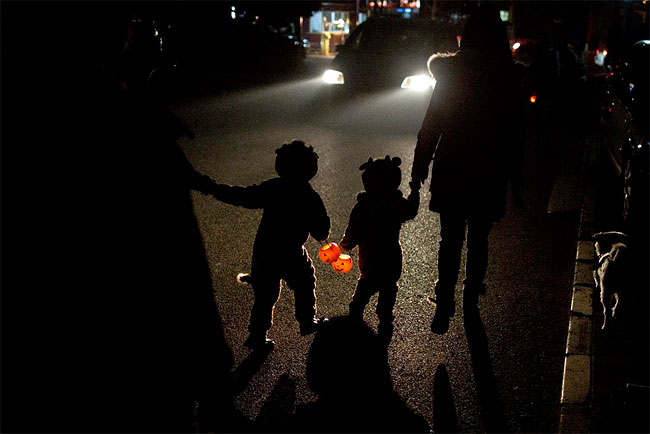 Two children dressed in their Halloween costumes hold pumpkin-shaped lanterns while walking on their way to ask for candies from neighbors the night before Halloween in Beijing, China, Wednesday, October 30, 2013. (Photo by Alexander F. Yuan/AP Photo) 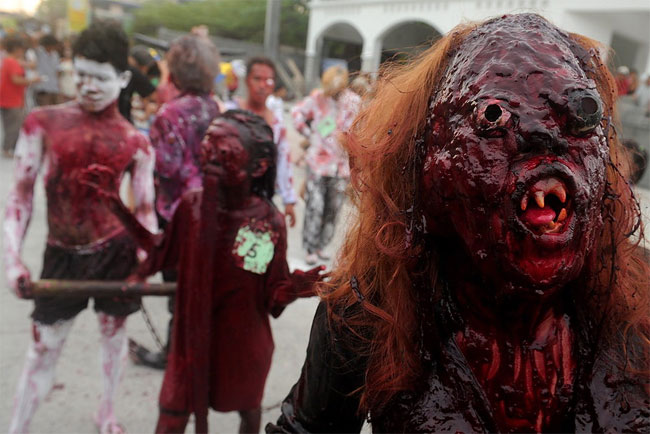 Students dressed as monsters participate in an annual Halloween Costume Parade in Manila on October 30, 2013. The activity aims to celebrate Halloween in a creative and fun way through showcase of different scary costumes. (Photo by Noel Celis/AFP Photo) 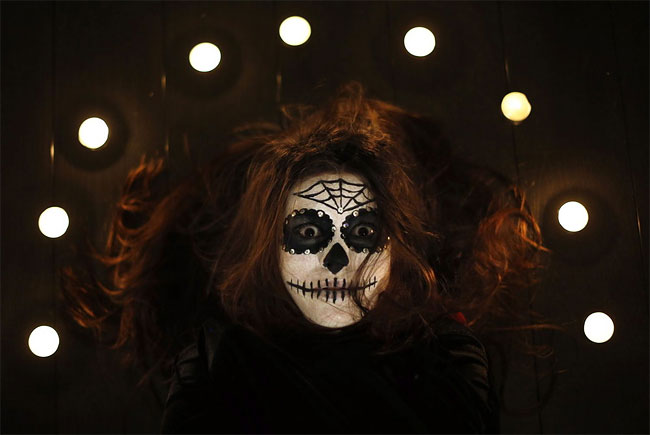 A girl poses for a photograph as she arrives for a Halloween party, on October 30, 2013, in Nice, southeastern France. (Photo by Valery Hache/AFP Photo) 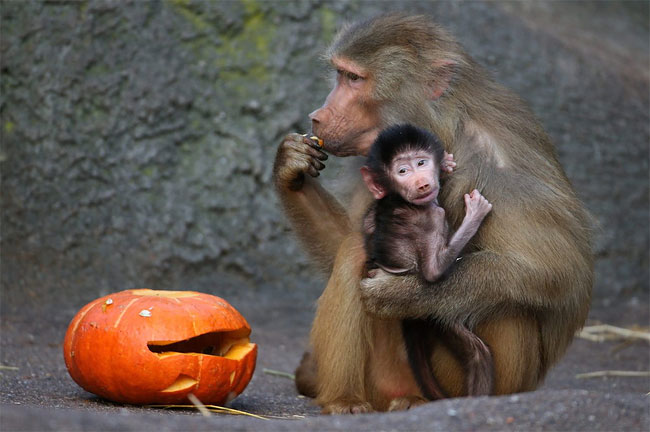 A baboon holds a cub as it feeds a Halloween pumpkin during a photo opportunity at the Hagenbeck Zoo in Hamburg, northern Germany, Tuesday, October 29, 2013. Halloween will be celebrated on October 31. (Photo by Christian Charisius/AP Photo/DPA) 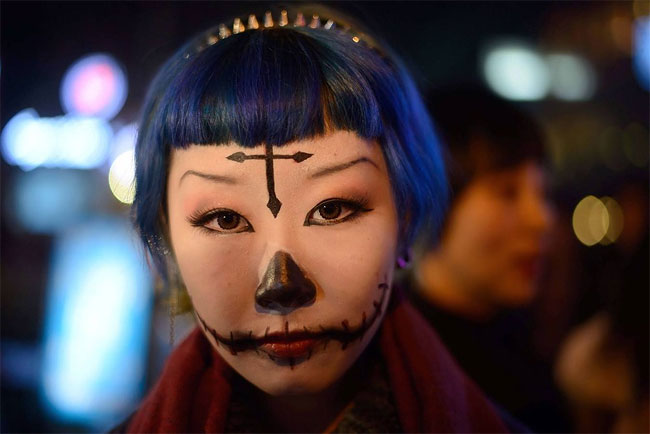 A woman with make-up poses while revellers celebrate Halloween in Beijing on October 31, 2013. (Photo by Ed Jones/AFP Photo)