“A decades-old urban legend was put to rest Saturday when workers for a documentary film production company recovered “E.T.” Atari game cartridges from a heap of garbage buried deep in the New Mexico desert. The “Atari grave” was, until that moment, a highly debated tale among gaming enthusiasts and other self-described geeks for 30 years. The story claimed that in its death throes, the video game company sent about a dozen truckloads of cartridges of what many call the worst video game ever to be forever hidden in a concrete-covered landfill in southeastern New Mexico. The search for the cartridges of a game that contributed to the demise of Atari will be featured in an upcoming documentary about the biggest video game company of the early ’80s”. – Associated Press 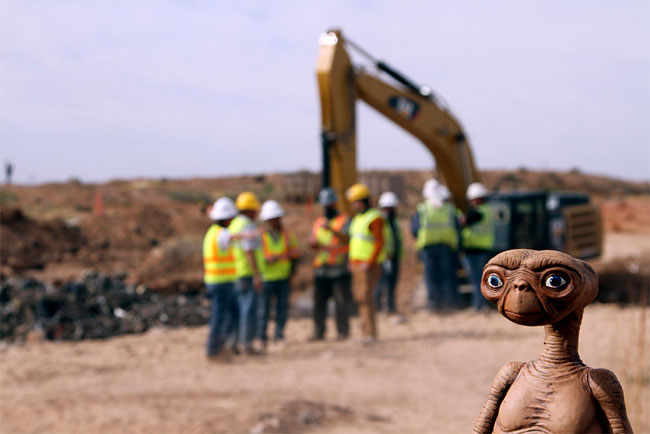 An E.T. doll is seen while construction workers prepare to dig into a landfill in Alamogordo, N.M., Saturday, April 26, 2014. Producers of a documentary are digging in the landfill in search of millions of cartridges of the Atari “E.T. The Extra-Terrestrial” game that has been called the worst game in the history of videogaming. A New York Times article from 1983 reported that #Atari cartridges of “E.T. The Extraterrestrial” were dumped in the landfill in Alamogordo. (Photo by Juan Carlos Llorca/AP Photo) 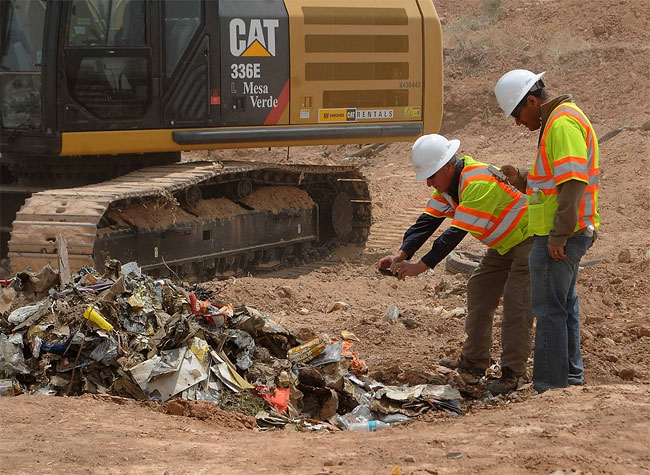 Workers take photos of recovered Atari games at the old Alamogordo landfill in Alamogordo, New Mexico, April 26, 2014. Documentary filmmakers digging in a New Mexico landfill on Saturday unearthed hundreds of “E.T. the Extra-Terrestrial” cartridges, considered by some the worst video game ever made and blamed for contributing to the downfall of the video game industry in the 1980s. (Photo by Mark Wilson/Reuters) 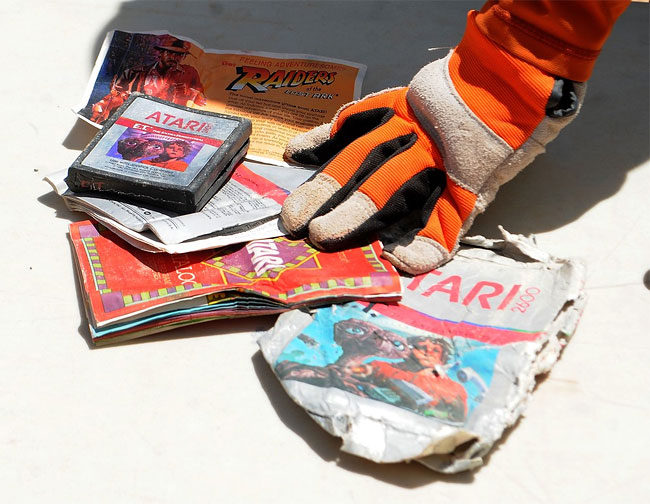 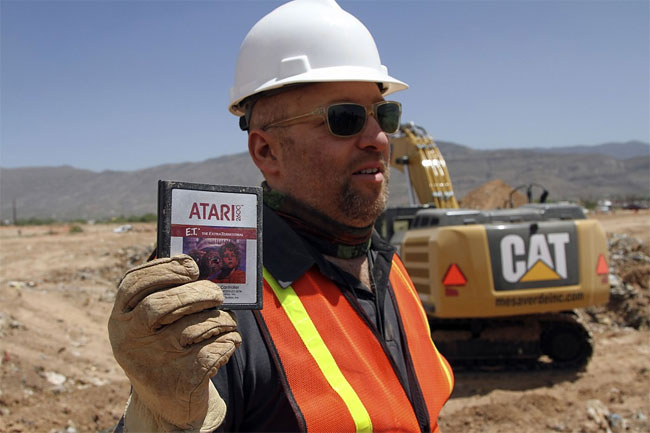 Film Director Zak Penn shows a box of a decades-old Atari ‘E.T. the Extra-Terrestrial’ game found in a dumpsite in Alamogordo, N.M., Saturday, April 26, 2014. Producers of a documentary dug in a southeastern New Mexico landfill in search of millions of cartridges of the game that has been called the worst game in the history of #videogaming and were buried there in 1983. (Photo by Juan Carlos Llorca/AP Photo) 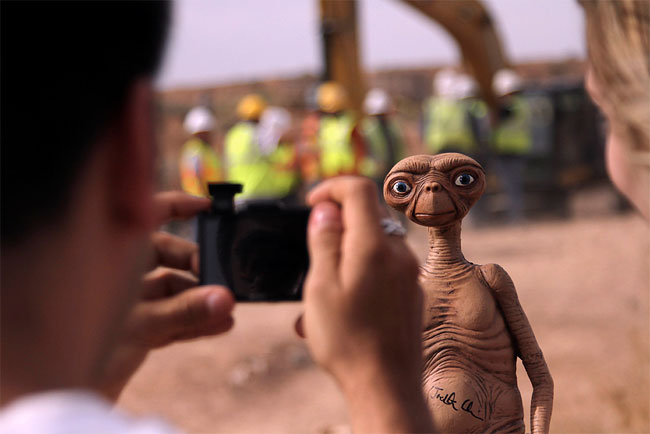