Photo of the Day: The Love for Yoghurt 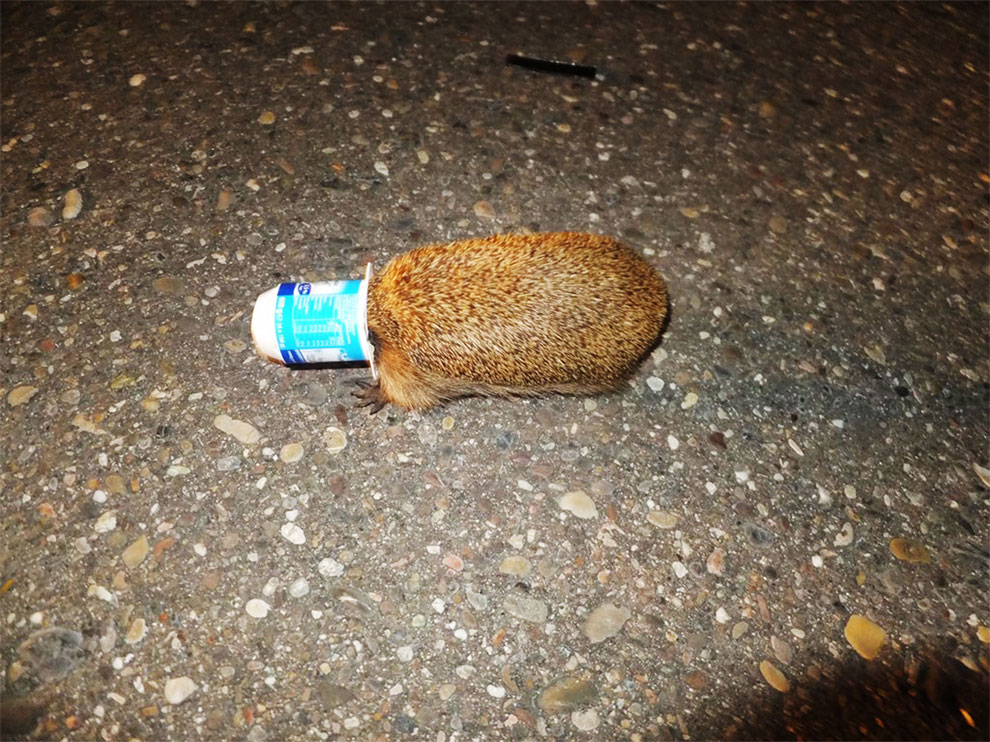 This hedgehog got it’s nose stuck in a yoghurt pot. Returning to the police station after a night dealing with burglaries, car crashes and a punch up in a betting shop, the last thing two German police officers expected was this prickly customer in the headlights of their patrol car. The hedgehog had apparently raided the dustbin of a nearby house and had got it’s nose stuck in a tasty yoghurt pot as it attempted to scoop the remains out from the bottom. Unable to see or smell, it had wandered around blindly and ended up in the middle of the road just as the police patrol car turned up at the road in the city of Offenburg in south-western Germany’s Baden-Wuerttemberg state.

Police officer Juergen Tomas said: “We were going slowly anyway as we were looking out for the neighbourhood. If it had been any other car the hedgehog might not have been as lucky. It was well and truly trapped in the pot. We took a couple of snaps and then released the hedgehog that very quickly made itself scarce. After such a busy night with little good news it was nice to be able to end it on a positive note by helping out the hedgehog. I expect he will steer clear of yoghurt pots from now on”. (Photo by Europics agency)