Press Photographers Behind The Global Conflicts 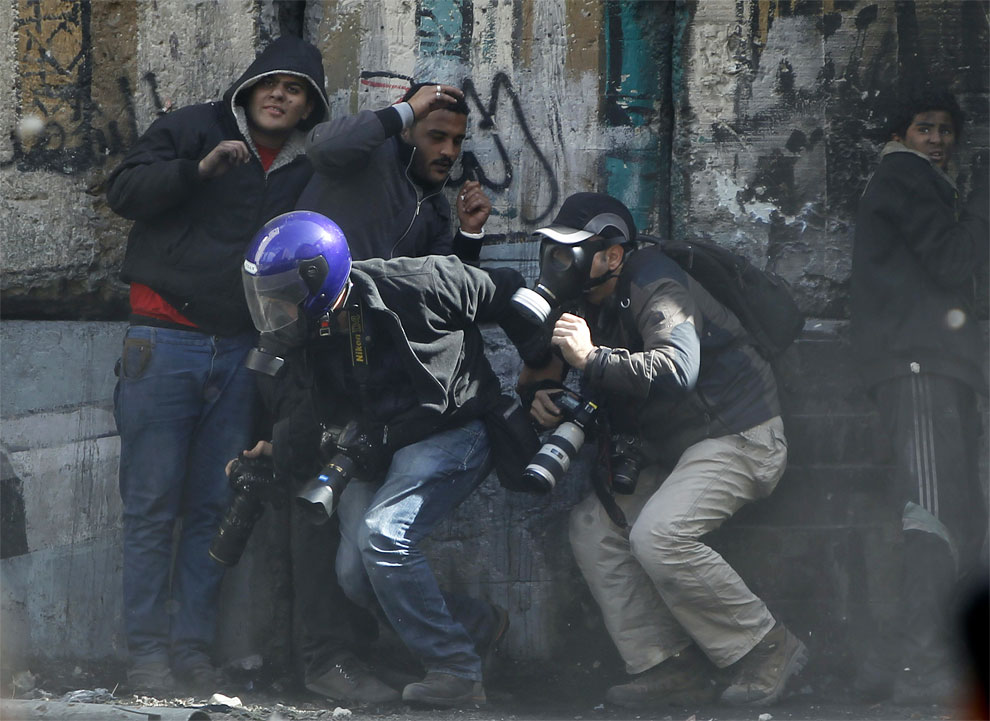 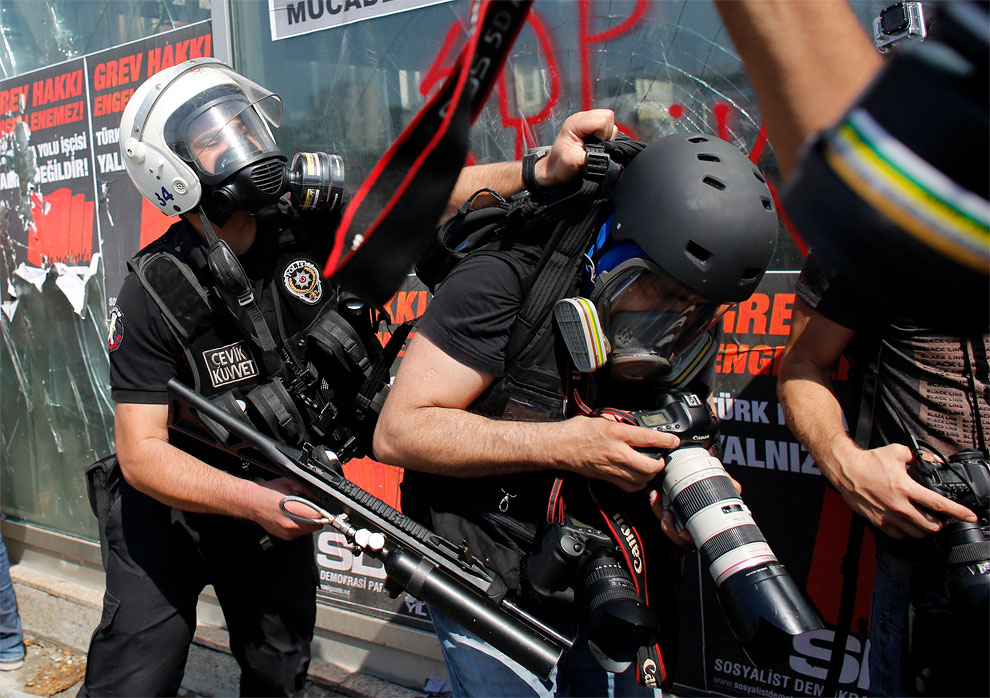 A Turkish riot policeman pushes a photographer during a protest at Taksim Square in Istanbul June 11, 2013. (Photo by Murad Sezer/Reuters) 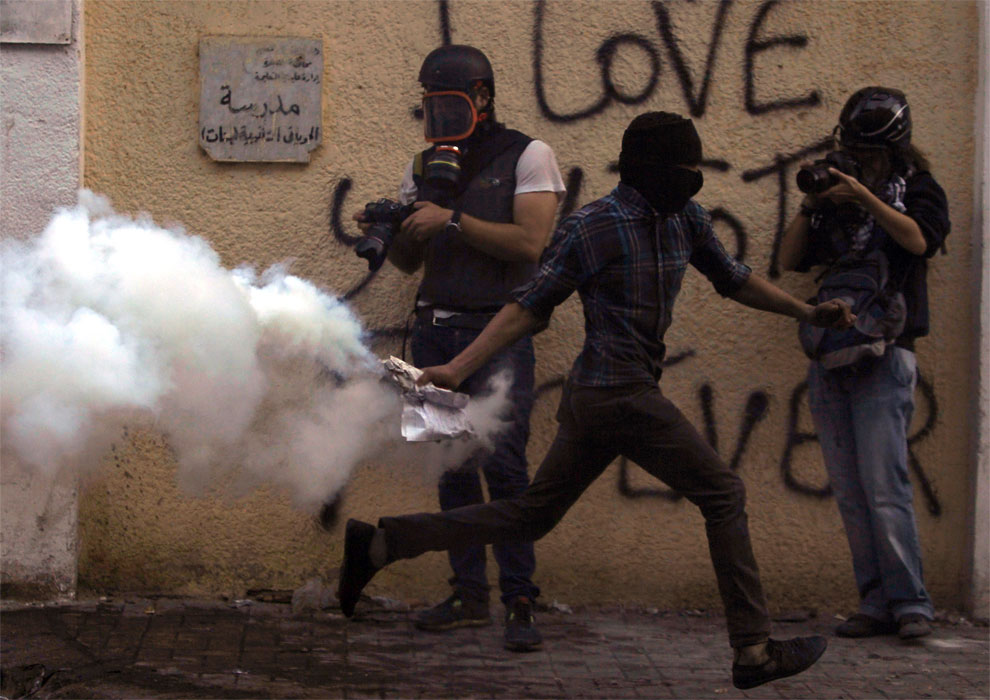 Photographers carry their cameras as a protester opposing Egyptian President Mohamed Mursi throws a tear gas canister, which was earlier thrown by riot police, during clashes along Mohamed Mahmoud street which leads to the Interior Ministry, near Tahrir Square in Cairo January 26, 2013. (Photo by Amr Abdallah Dalsh/Reuters) 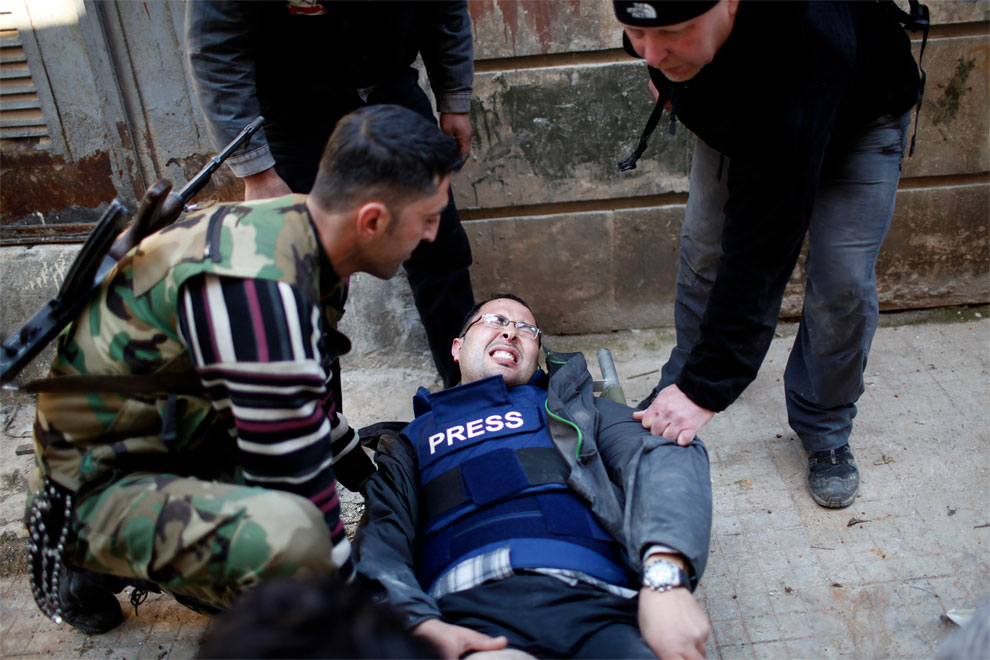 Ayman al-Sahili, a Reuters cameraman, reacts as he was shot in the leg while filming on the front line in Syria’s north city of Aleppo by a sniper loyal to Syrian President Bashar el-Assad December, 31, 2012. (Photo by Ahmed Jadallah/Reuters) 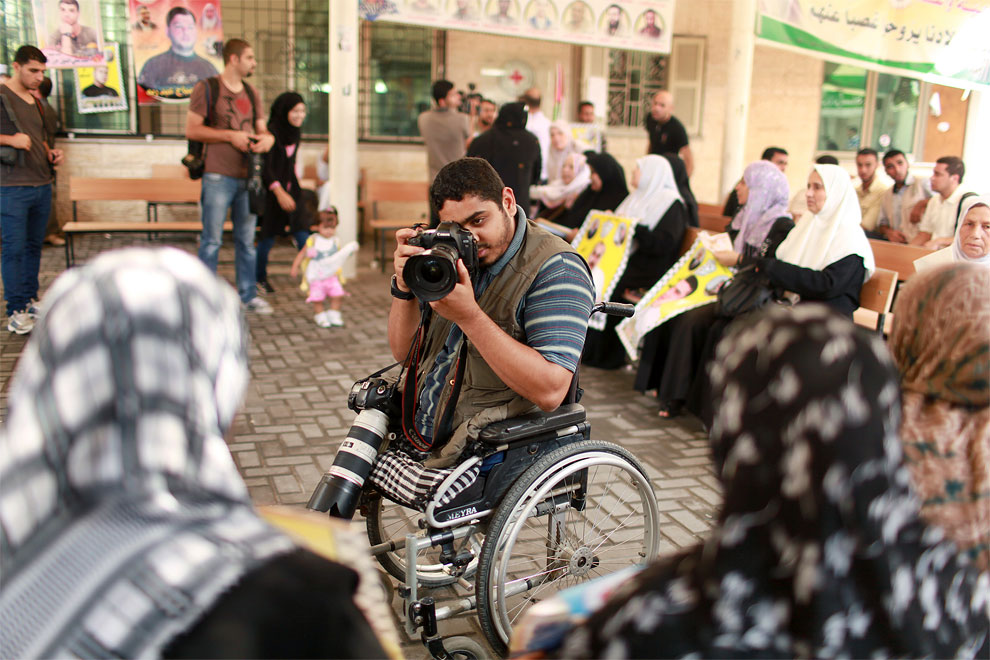 Wheelchair-bound Palestinian freelance photographer Moamen Qreiqea takes pictures of protesters calling for the release of Palestinian prisoners from Israeli jails, in Gaza City October 1, 2012. Qreiqea, 25, lost both his legs in an Israeli air strike in 2008 while taking pictures east of Gaza. The father of two is determined to continue his career despite his disability. (Photo by Suhaib Salem/Reuters) 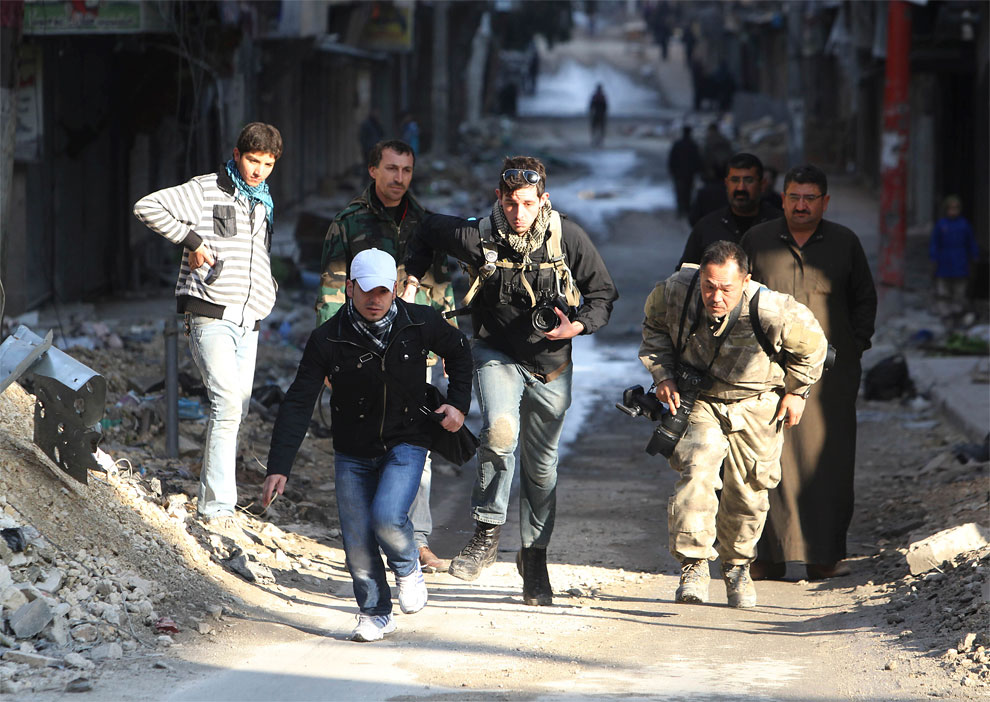 Journalists Bryn Karcha (C) of Canada and Toshifumi Fujimoto (R) of Japan run for cover next to an unidentified fixer in a street in Aleppo’s district of Salaheddine December 29, 2012. (Photo by Muzaffar Salman/Reuters) 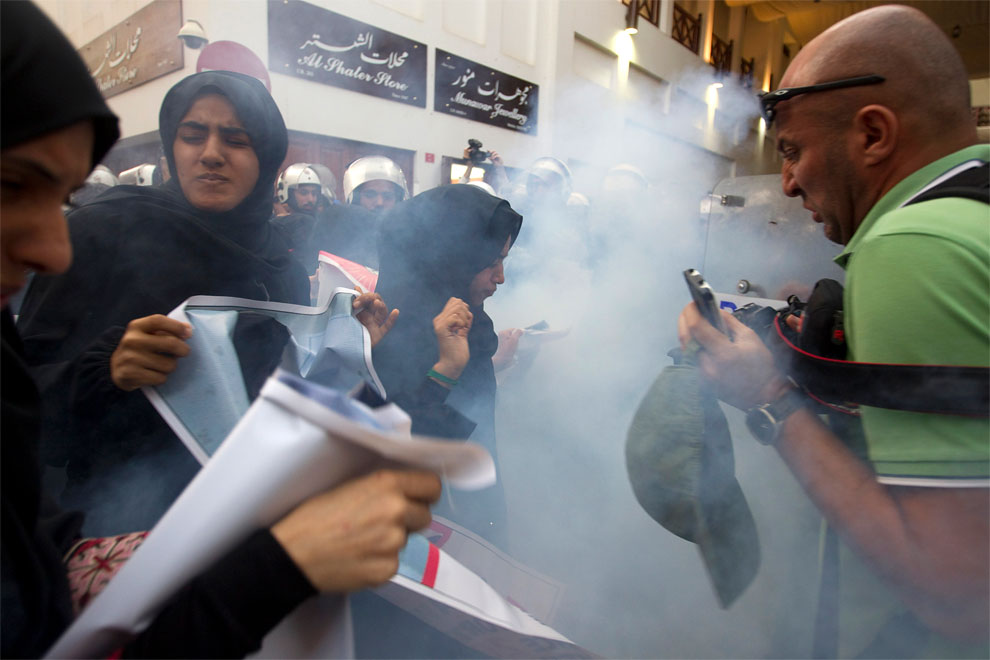 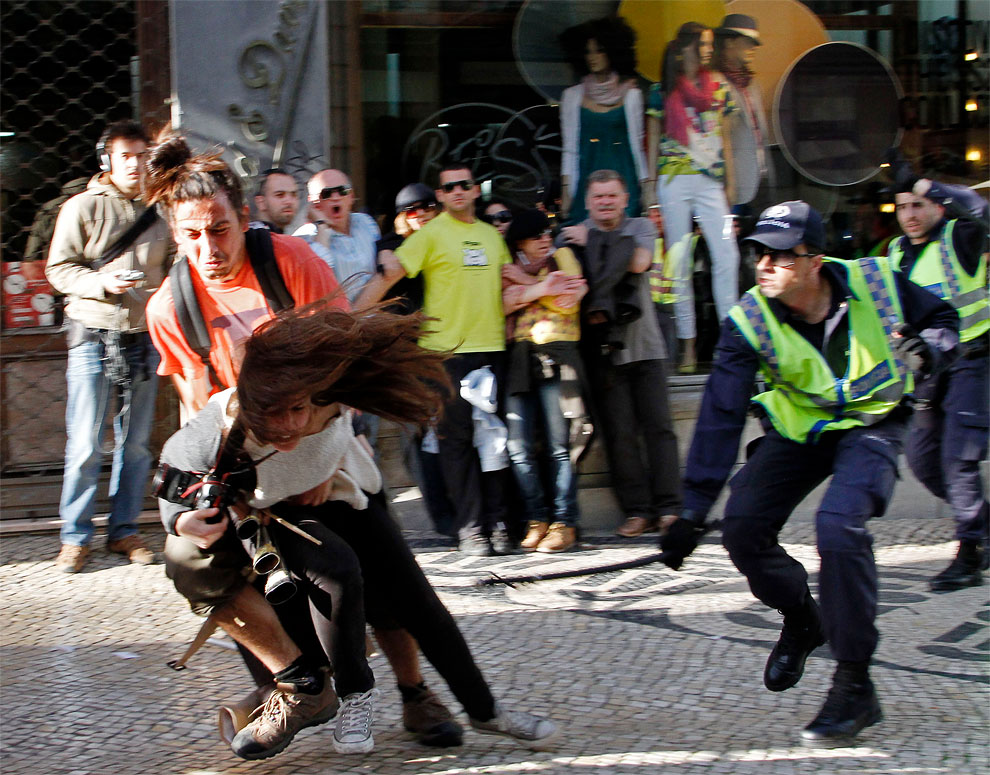 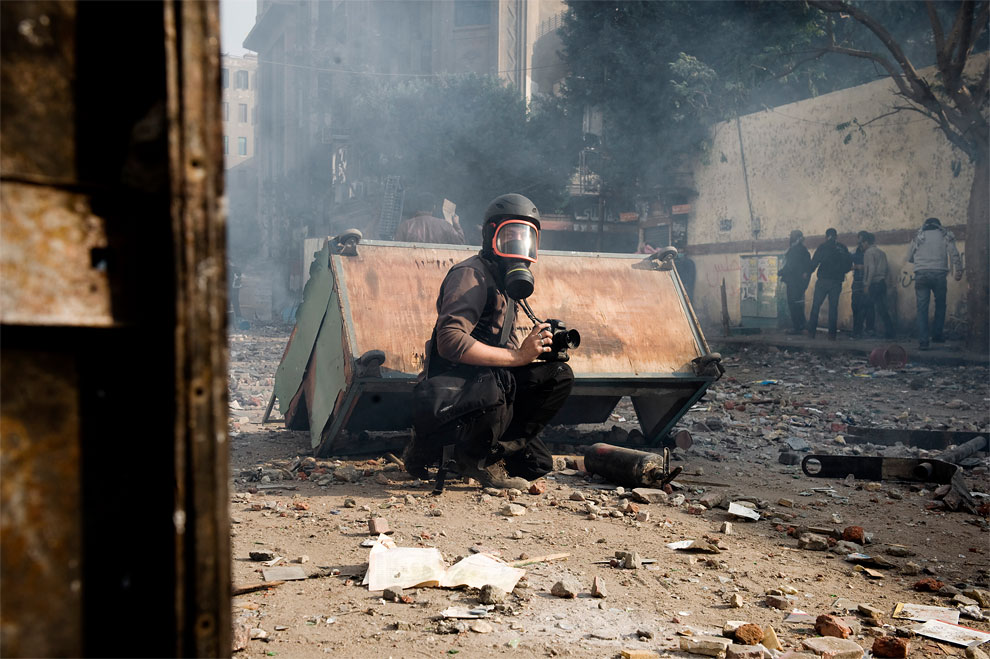 French photographer Remi Ochlik is seen in this picture taken in Cairo, Egypt, on November 23, 2011. Remi Ochlik and American correspondent Marie Colvin were killed on February 22, 2012 in the besieged Syrian city of Homs when rockets fired by government forces hit the house they were staying in, opposition activists and witnesses said. Colvin and Ochlik were both prize-winning veterans of wars in the Middle East, Asia and elsewhere. (Photo by Julien de Rosa/Reuters) 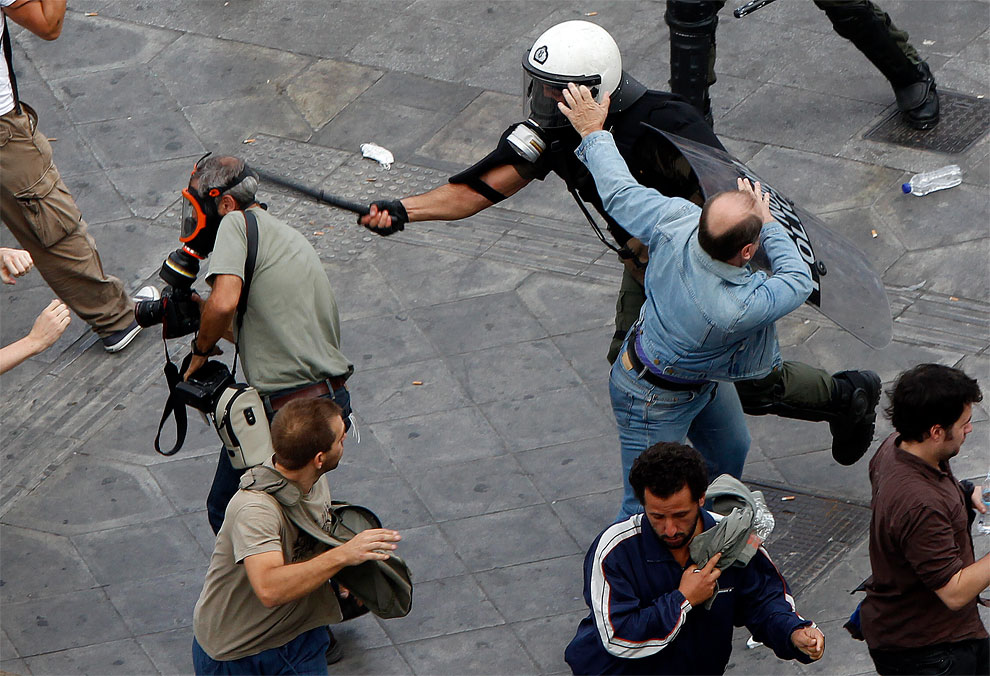 Riot policeman uses his baton against news photographer Panagiotis Tzamaros, who is on assignment for AFP, during a demonstration in Athens’ Syntagma (Constitution) square October 5, 2011. Tzamaros suffered light head wounds and bruises. (Photo by Yannis Behrakis/Reuters) 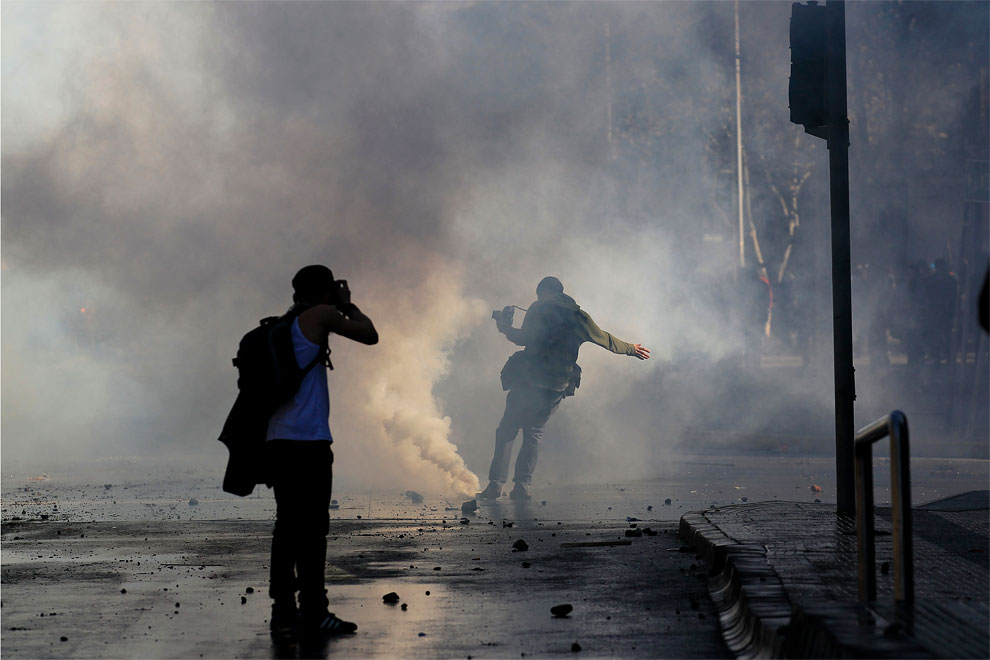 A photographer kicks a tear gas canister during a rally at Santiago city, June 23, 2011. (Photo by Ivan Alvarado/Reuters) 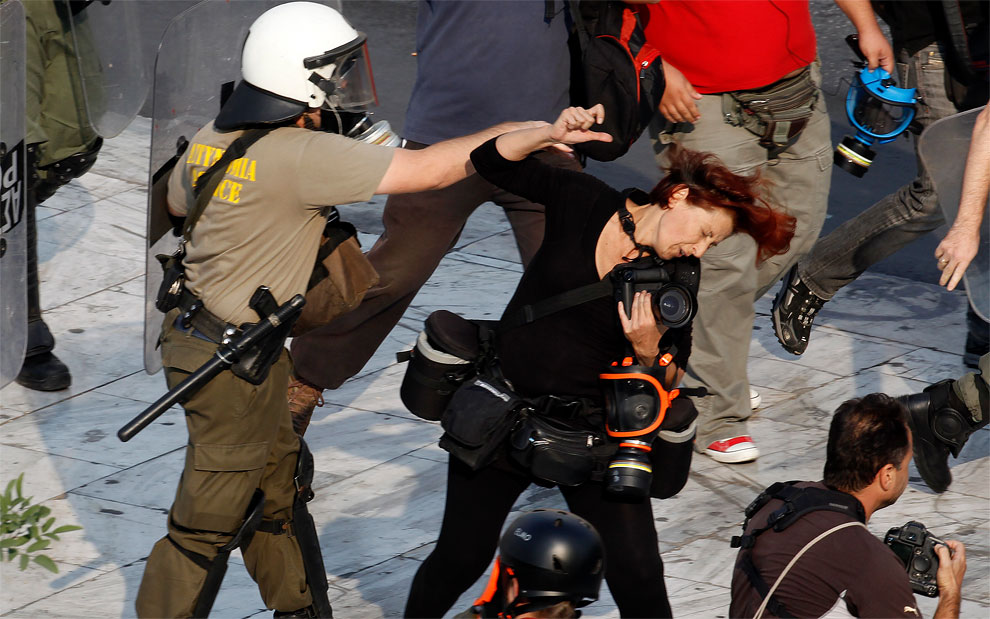 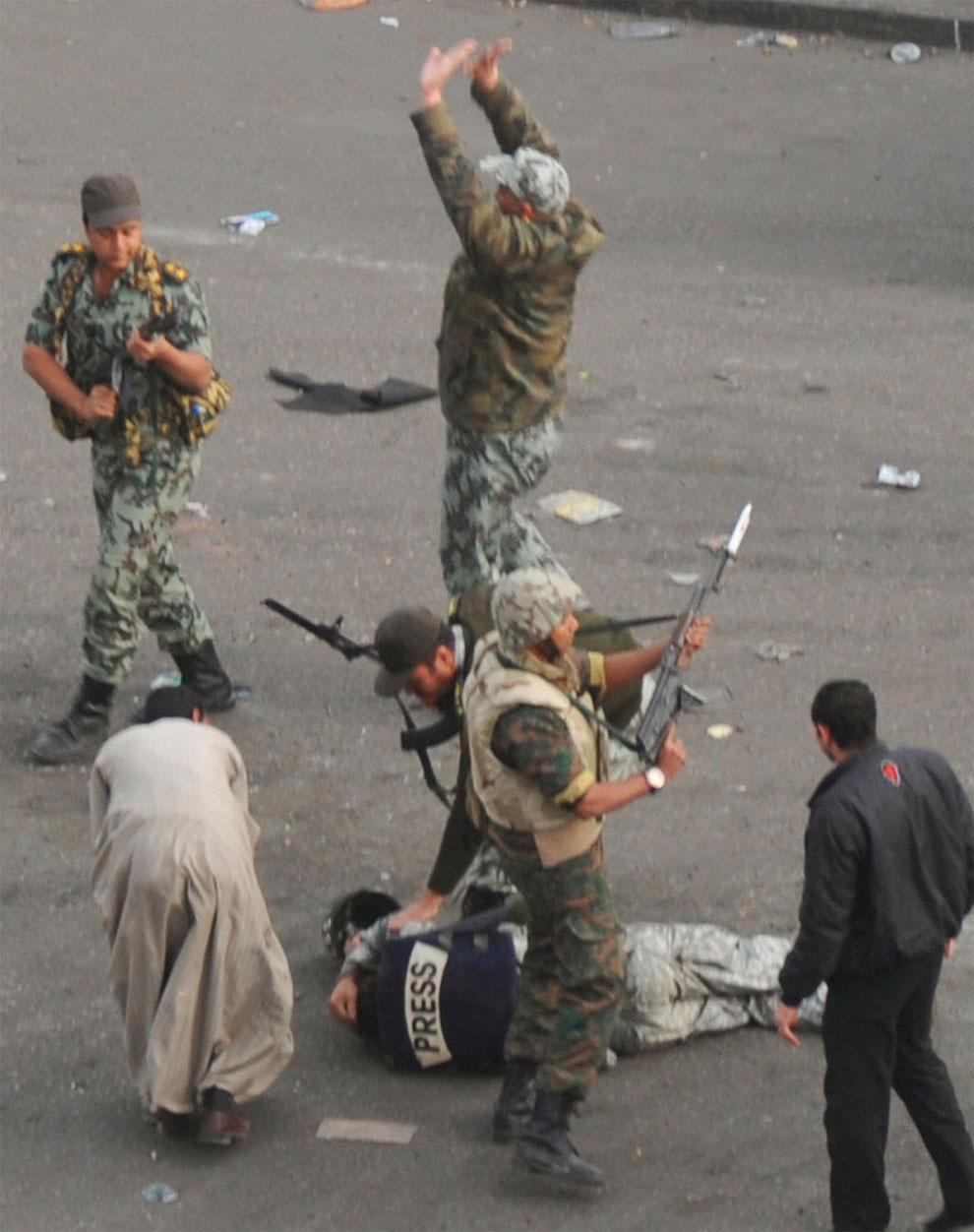 A member of the press lies on the ground after being attacked by mobs while soldiers surround him in Cairo February 3, 2011. (Photo by Reuters/Kyodo) 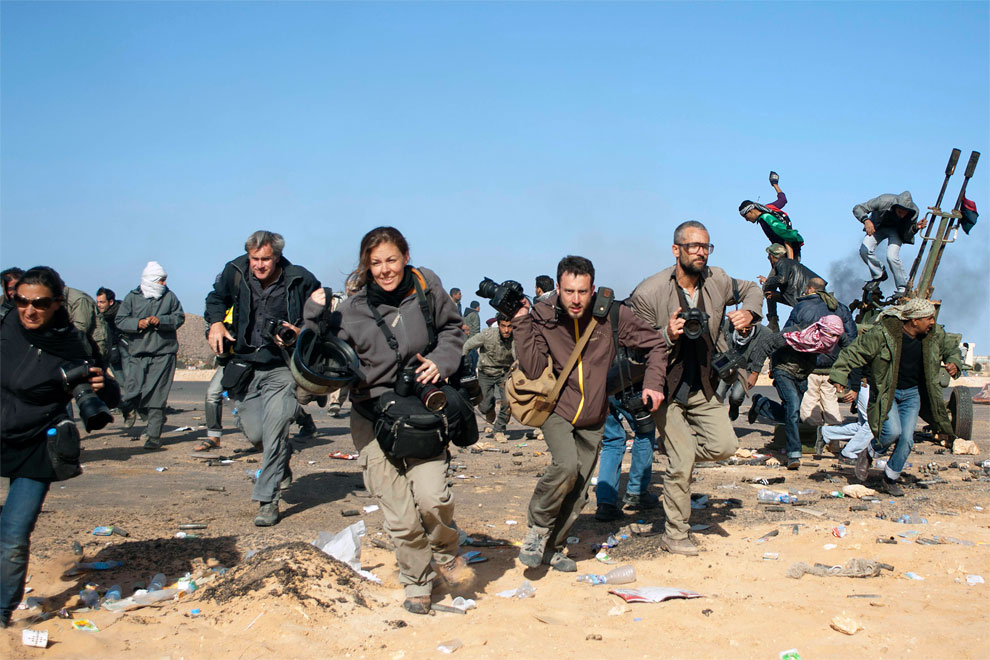 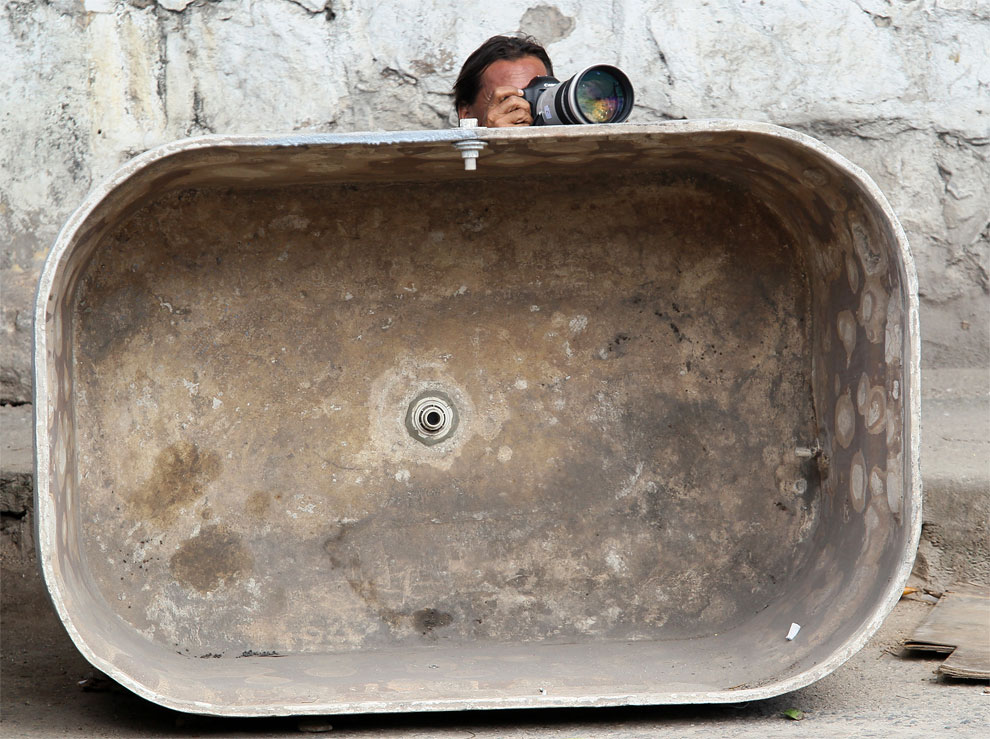 A photographer takes his position behind an empty water tank during an operation at Alemao slum in Rio de Janeiro November 27, 2010. (Photo by Sergio Moraes/Reuters)