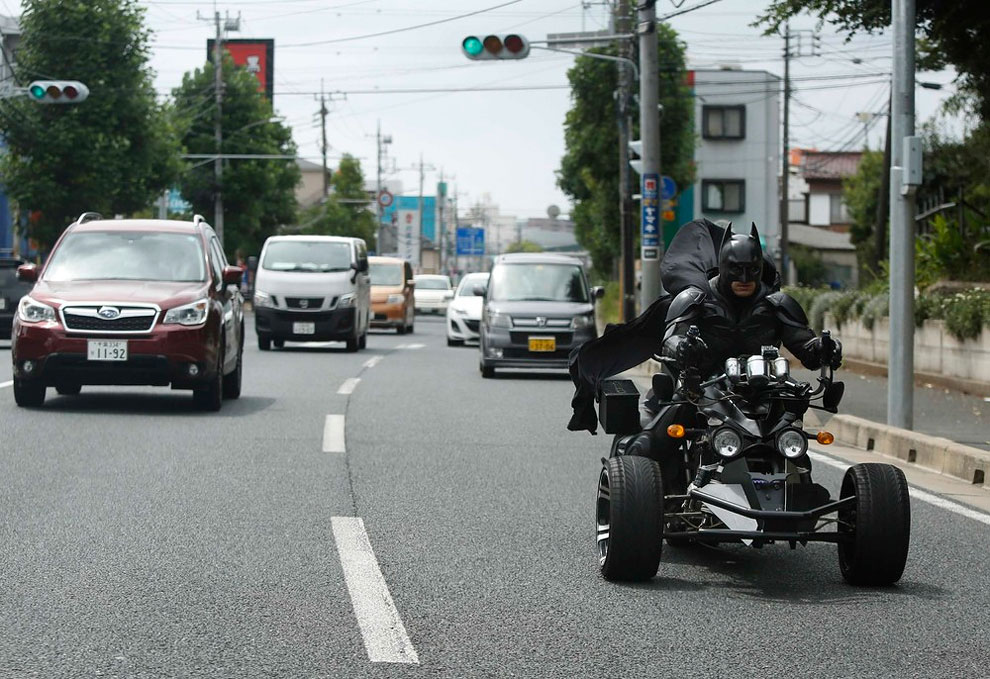 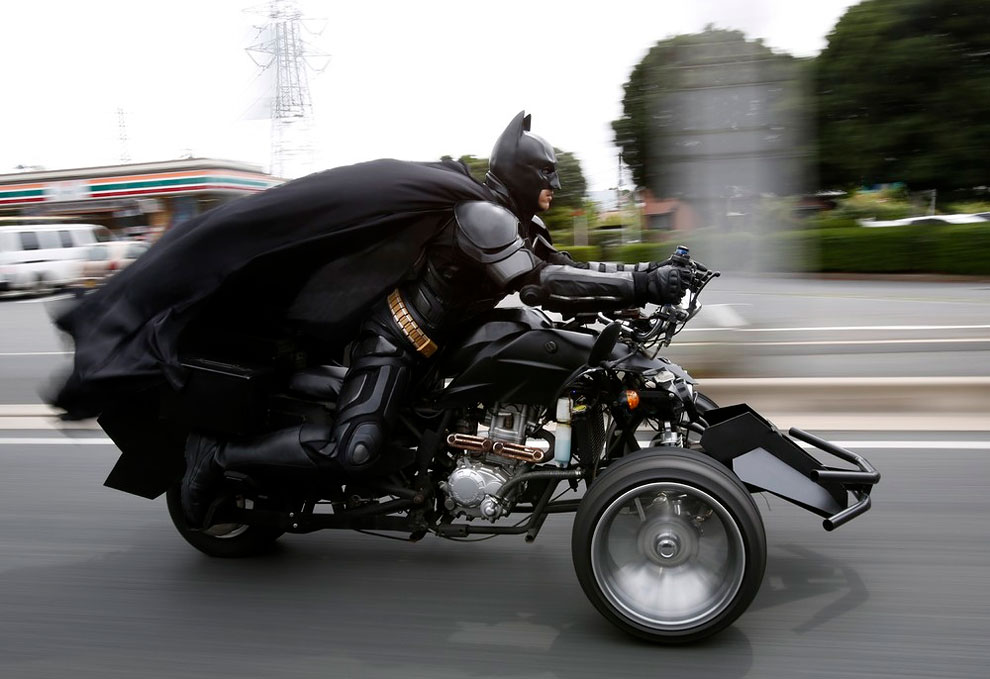 The man, who dresses up as the comic book superhero Batman, came up with his moniker after adding a prefix of the first three letters of the city name, of which he roams on his three-wheeled motorcycle. 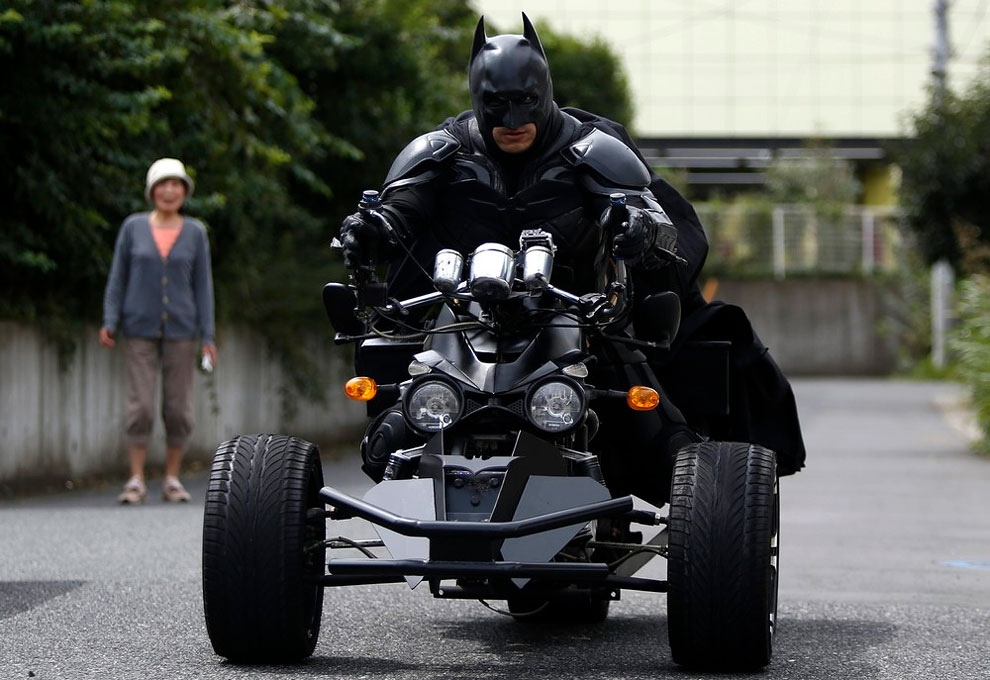 However, unlike the hero from the Batman series, he rides around in his machine, designed from inspiration of the “Batpod” from the movies The Dark Knight and The Dark Knight Rises, delivering smiles instead of fighting crime.