Photo of the Day: Cesar Romero As The Joker Stands Beside A Green Surfboard At The Beach, 1967 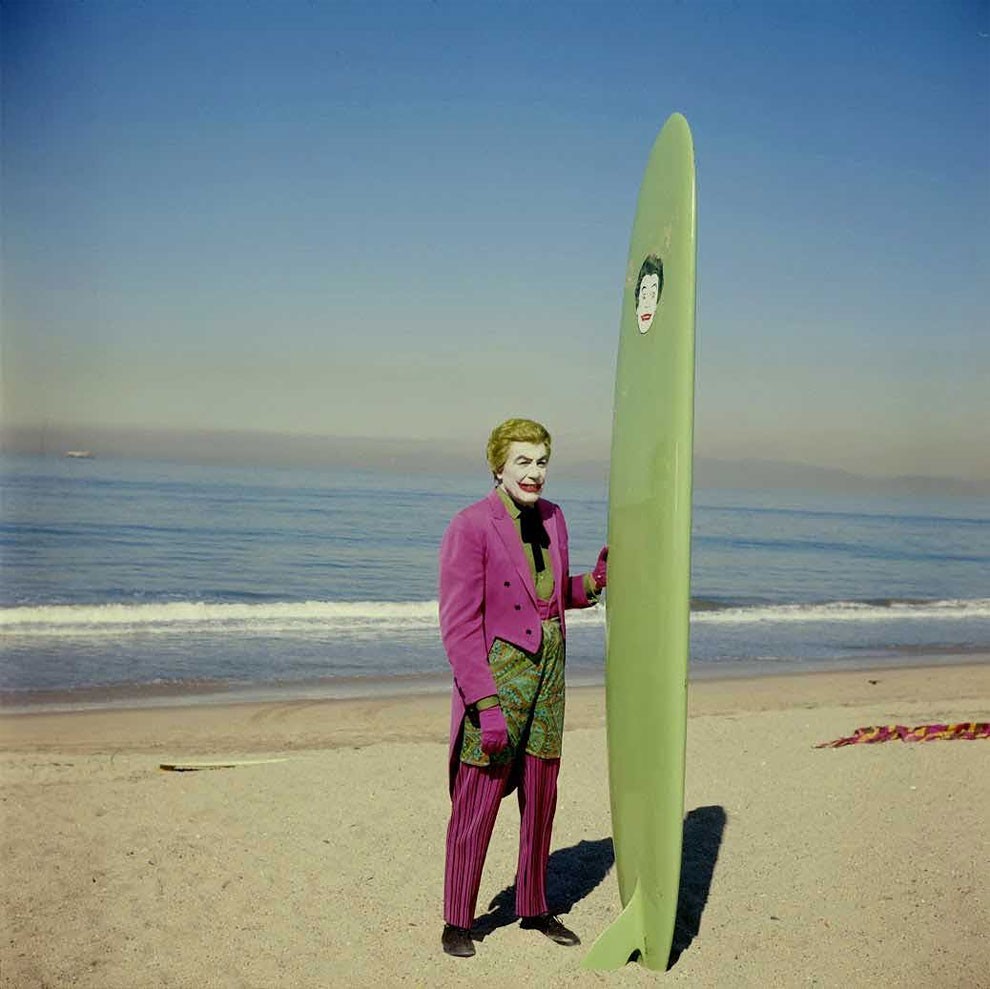 Actor Cesar Romero might be familiar among pop culture and TV enthusiasts as the actor who took on the role of The Joker in the live action television series starring DC Comics character Batman that aired in the mid-‘60s.

Apparently, this behind-the-scenes snapshot was taken at the set of the “Surf’s Up! Joker’s Under!” episode (season 3, episode 10) which aired on November 16, 1967.