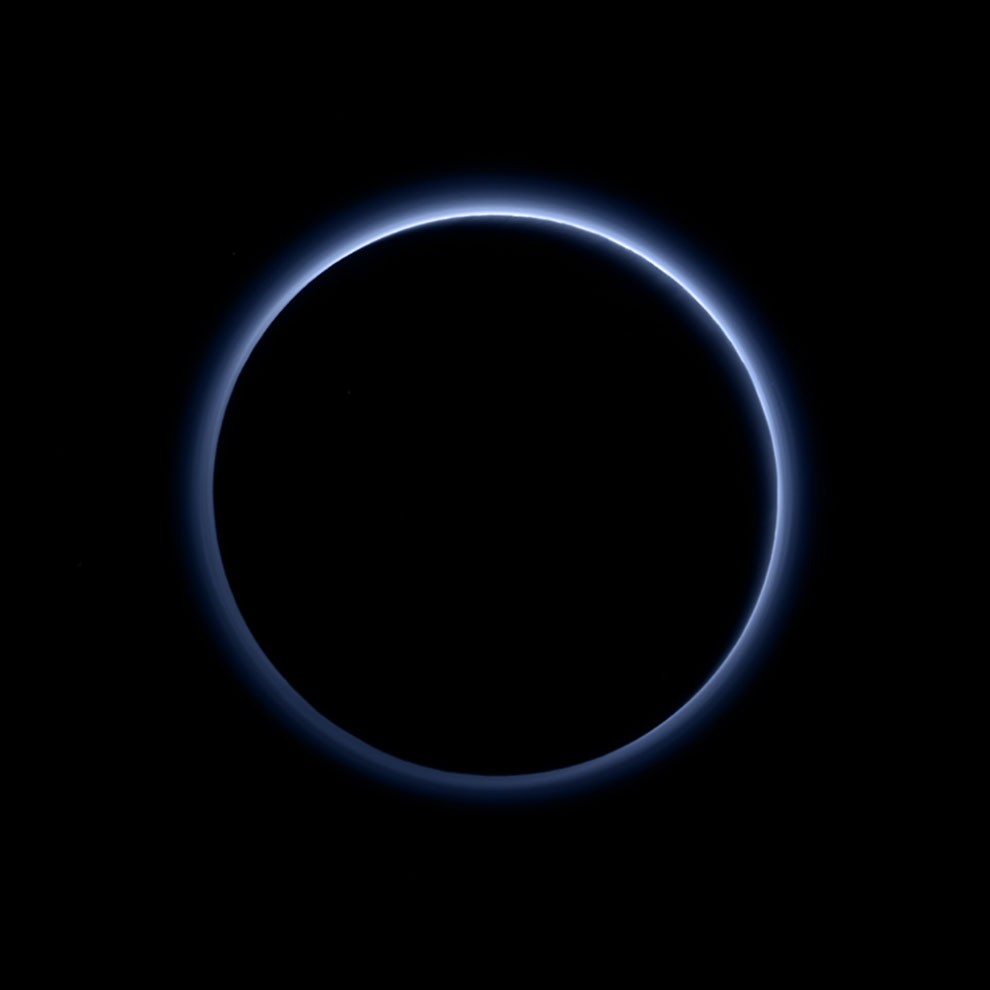 Pluto’s haze layer shows its blue color in this picture taken by the New Horizons Ralph / Multispectral Visible Imaging Camera (MVIC). The high-altitude haze is thought to be similar in nature to that seen at Saturn’s moon Titan.

The source of both hazes likely involves sunlight-initiated chemical reactions of nitrogen and methane, leading to relatively small, soot-like particles (called tholins) that grow as they settle toward the surface. This image was generated by software that combines information from blue, red and near-infrared images to replicate the color a human eye would perceive as closely as possible. (NASA/JHUAPL/SwRI)