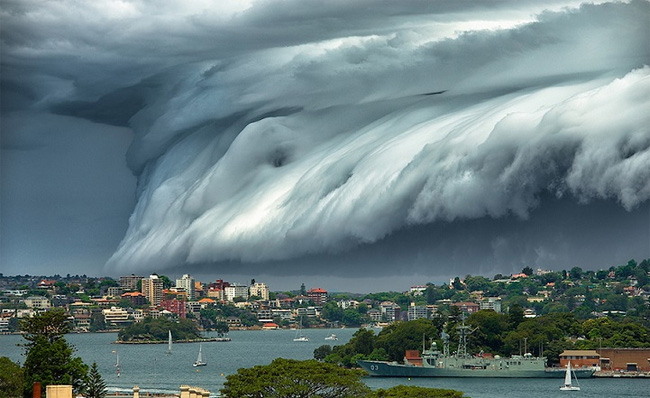 A bizarre meteorological event hit the coast of New South Wales, Australia over the weekend. Dubbed a “cloud tsunami” on Twitter, this massive wave in the sky measured several kilometers long and swept over the city of Sydney, bringing with it powerful thunderstorms, heavy rains, and forceful winds that required the Australian Bureau of Meteorology to issue a warning for the surrounding area. 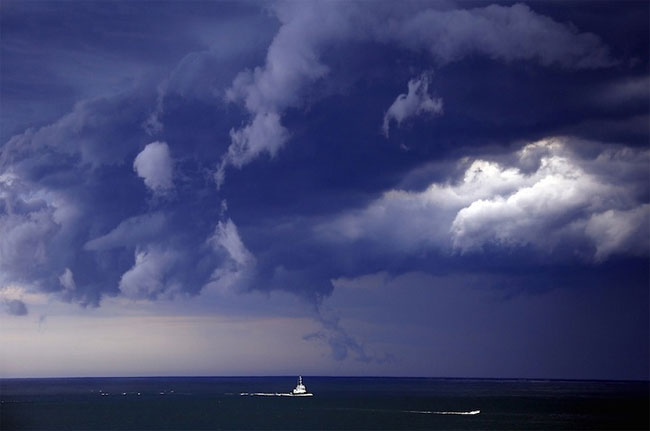 The massive formation is actually called a shelf cloud, composed of arcus clouds. The shelf cloud is typically the leading edge of a thunderstorm, attached to the base of the parent cloud that contains the storm. The strange wave-like appearance is caused by the cool sinking air from the storm’s downdraft spreading out over the land, meeting the warm air being drawn into the storm’s updraft. 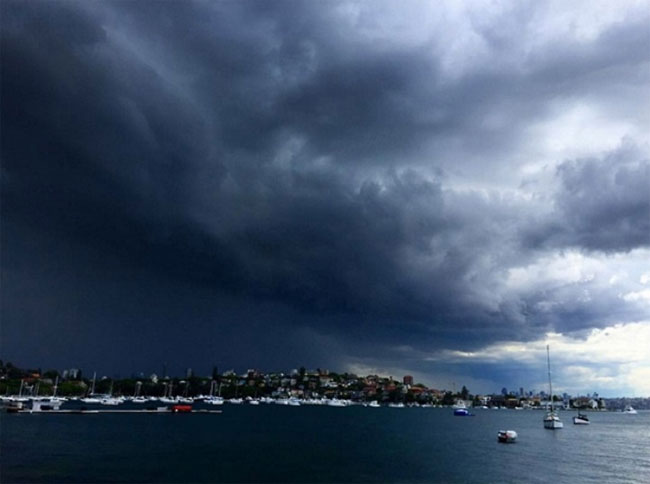 The apocalyptic impression of this “cloud tsunami” caused quite a flurry on social media, along with the weather upset that it brought to Sydney. Check out some of the shots snapped of the extraordinary incoming storm, below. 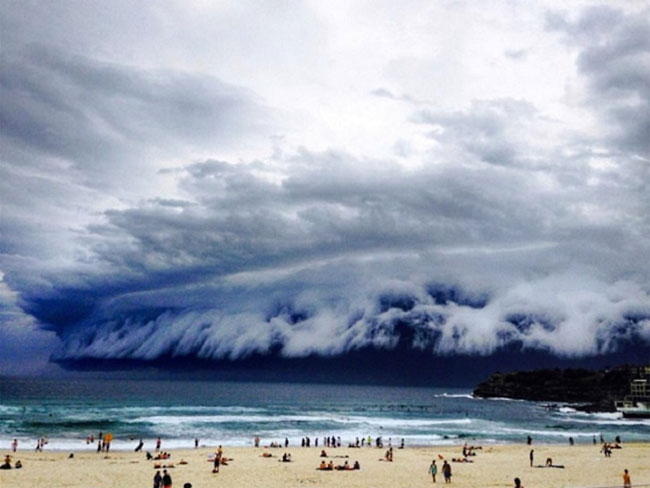 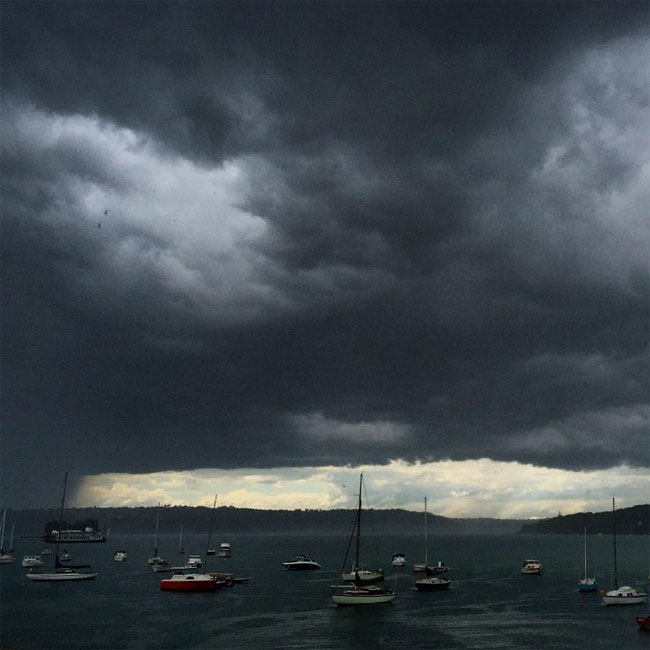 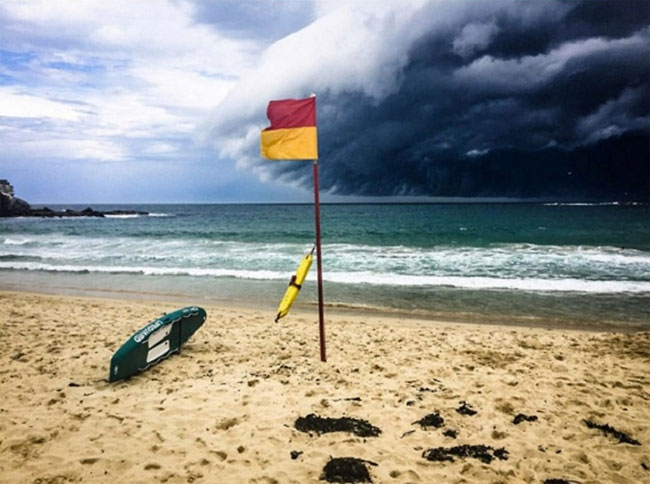 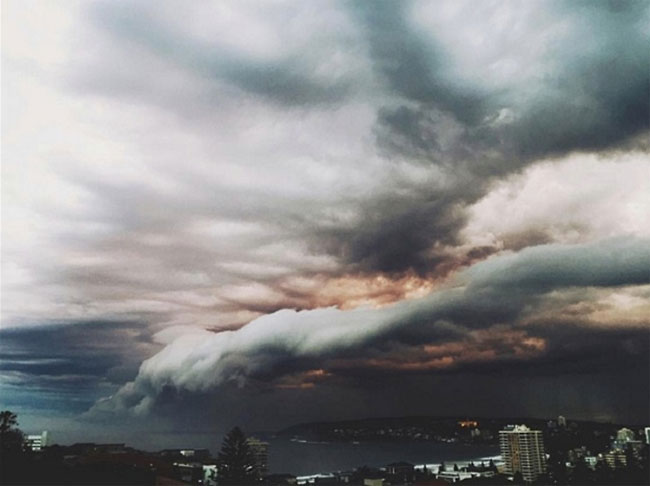 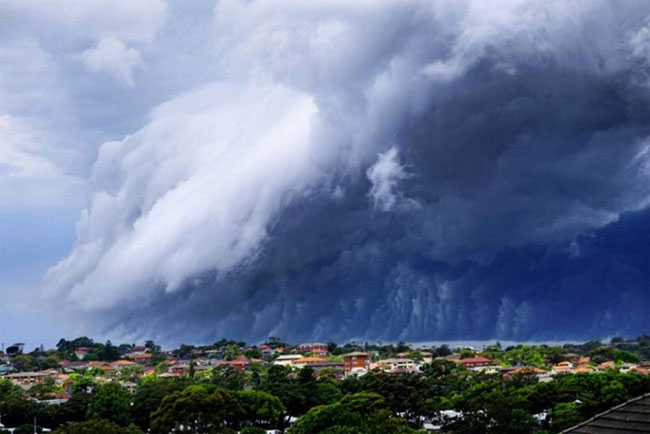 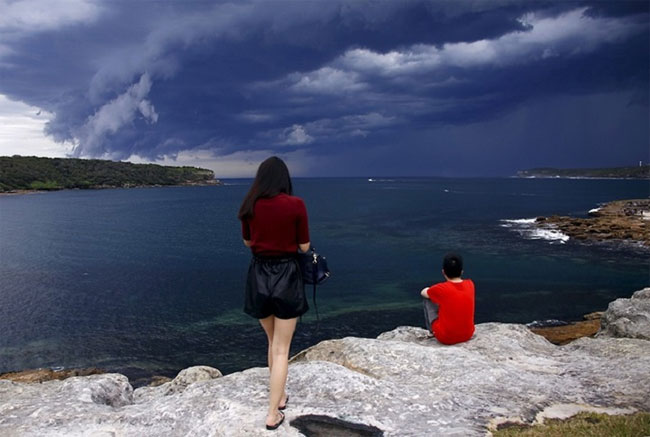 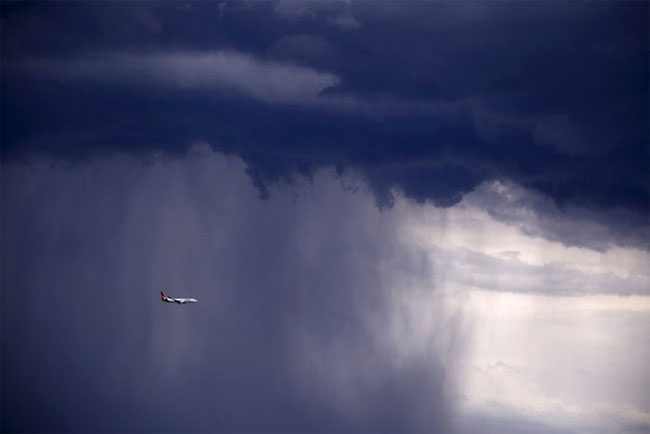 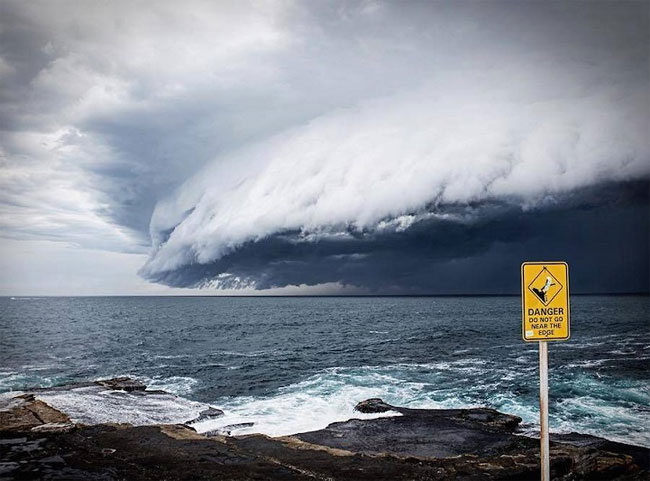 The Surreal Desert Landscapes Of The United States Of America
My Fucking Restaurant Is Open For Business In Barcelona, Spain
A Life in a Graveyard of Airplanes
Color Madness: Jember Fashion Carnival in Indonesia
Guy Visits Locations Of Famous Movies To Compare How They Look Like Now
Let #GandalftheGuide Show You The Beauty Of New Zealand In This Photo Series
Parts of Times Square Closed to Automobiles
Schleicherlaufen Festival in Austria
Rising From The Salt Water: Ghost Resort In Argentina Promises Apocalyptic Landscape To Tourists
This Royal Navy Sea King Helicopter Transformed Into Glamping Pod
Discovering The Lost World Of Venezuela
Window of the World: Europe Made in China
Guy Finds Abandoned Graveyard Of Supercars In UAE
A Coming of Age Day Celebration in Japan
Japan Turns Competitive Pillow Fighting Into An Art Form
Florida Man Arrested Trying To Quarantine On Abandoned Disney Treasure Island, And That's What This Island Looks Like From The Inside
This New Zealand Street Is So Steep It Makes The Houses Look Like They're Sinking
Travelling Across Mexico's Baja California Peninsula
Daily Life in Cuba
North Korea: Big Visual Jouney to the Land of Whispers
A Sunny Autumn Day At The Hitachi Seaside Park
Amazing Kodachrome Snapshots Of Beaches In The U.S In The 1950s-60s
Here Are The Most Interesting Things This Geologist Found On Google Earth
Father And Son Convert Old School Bus Into Mobile Tiny Home For Cross-Country Road Trip
Amazing Images Reveal How the Exclusion Zone Around Fukushima Has Been Abandoned to Become an Overgrown Wilderness
Beautiful New Zealand: Earth’s Mythical Islands
Very Sharply Defined Rare White Curtain Auroras Seen Over Finland
Virtual Traveller Used Google Street View To Explore Poland During Quarantine, Here’s What She Found
Mexico Modernizes Garbage Collection Service
A Junkyard Of Classic Cars Located In Rural Georgia
cloud, extraordinary, surges, sydney, tsunami