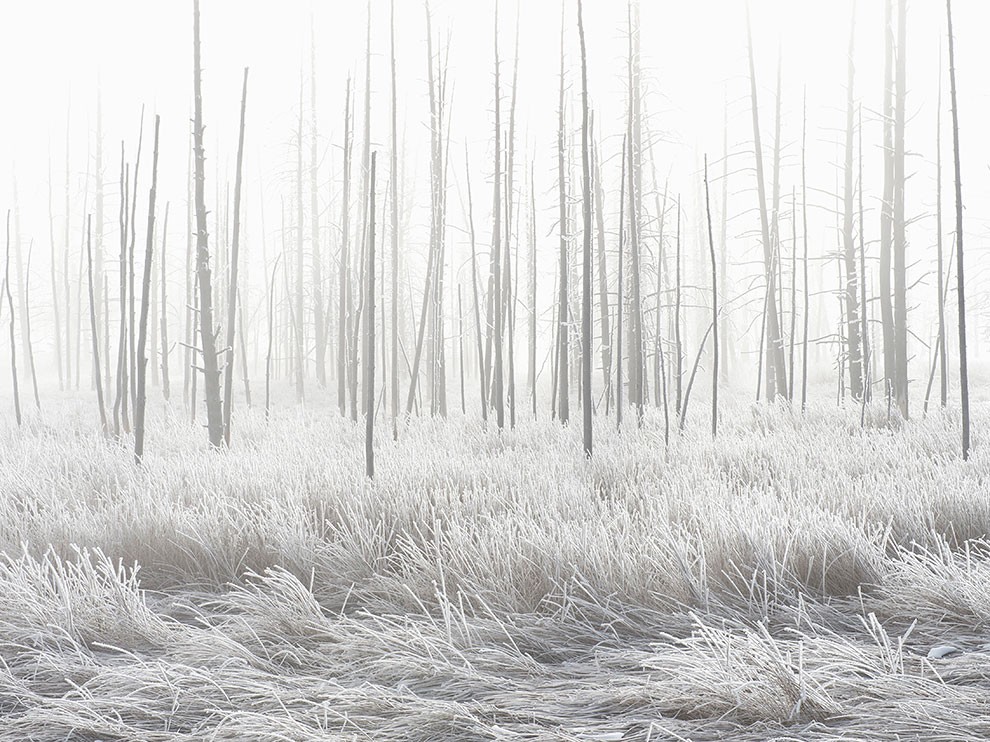 Running of the Bulls in Pamplona, Spain 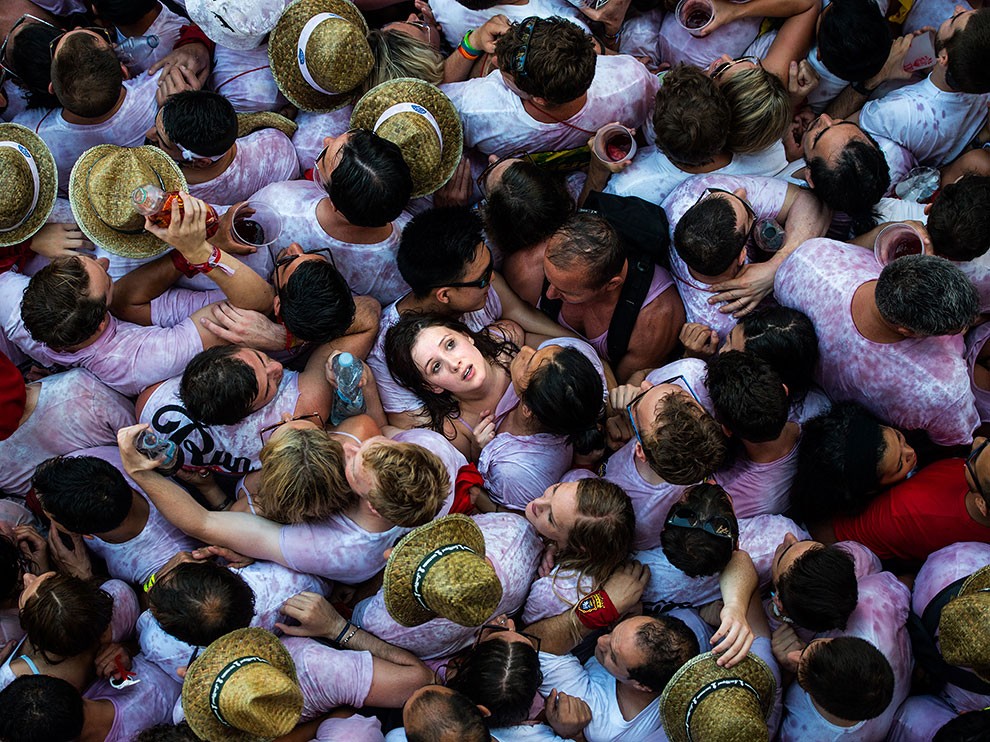 Space is tight for onlookers during opening day of the San Fermin Festival’s Running of the Bulls in Pamplona, Spain. Held since 1591, the event attracts tens of thousands of visitors each year for nine days of revelry, morning bull runs, and afternoon bullfights. The festival gained worldwide fame after appearing in Ernest Hemingway’s 1926 novel The Sun Also Rises. (Photograph by David Ramos, Getty Images) 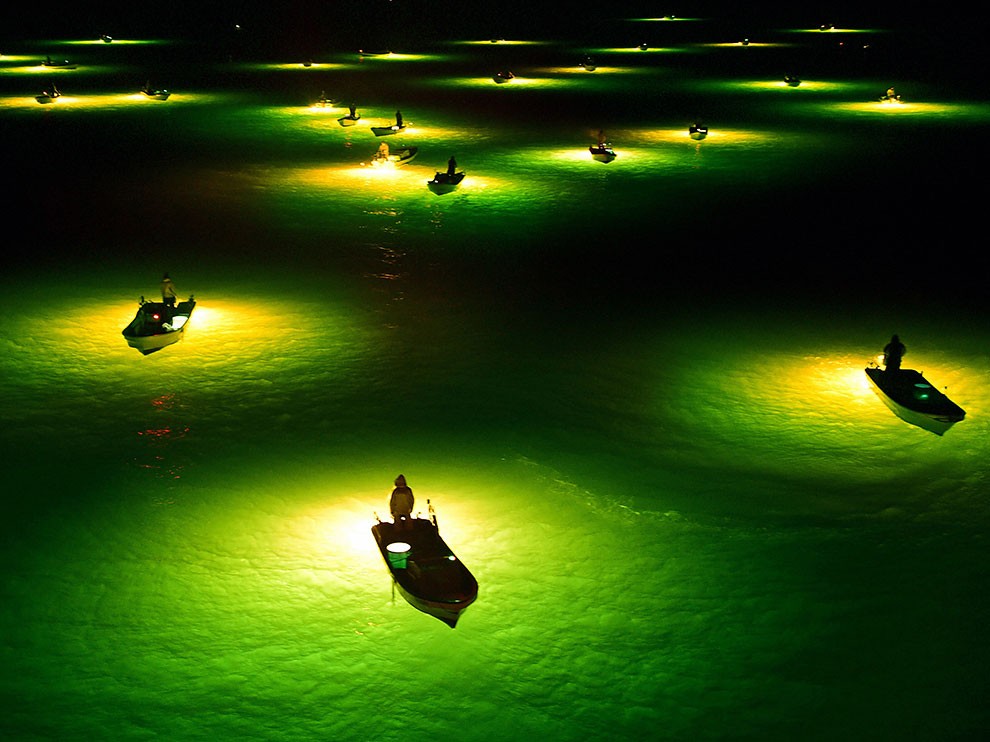 ishermen wait for glass eels to be drawn to the bright lights they’re shining on Japan’s Yoshino River. When the eels are close, the fishermen scoop them up. This type of traditional fishing is best done on the darkest nights. (Photograph by The Asahi Shimbun/Getty Images) 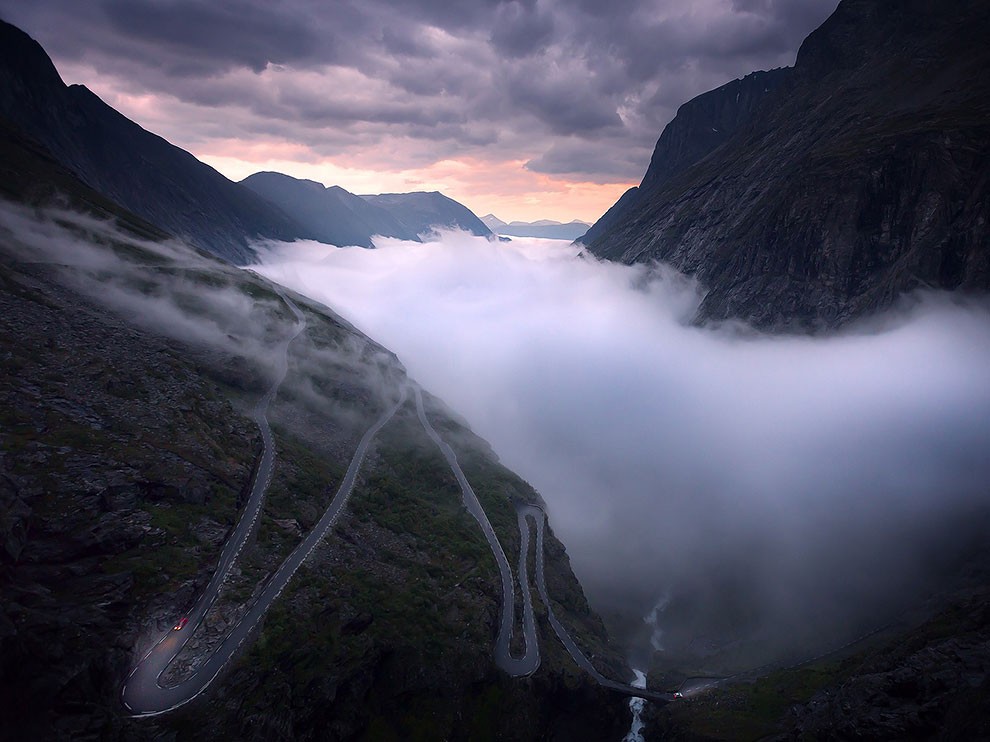 Photographer Sean Ensch captured this shot of western Norway’s famously serpentine Trollstigen road. “I was lucky enough to live here for two months during summer, and one evening I saw the valley filling with fog,” he says in his 2015 Traveler Photo Contest submission. “So I drove up the road to watch the late summer midnight sun set as the fog swayed through the valley below.” (Photograph and caption by Sean Ensch) 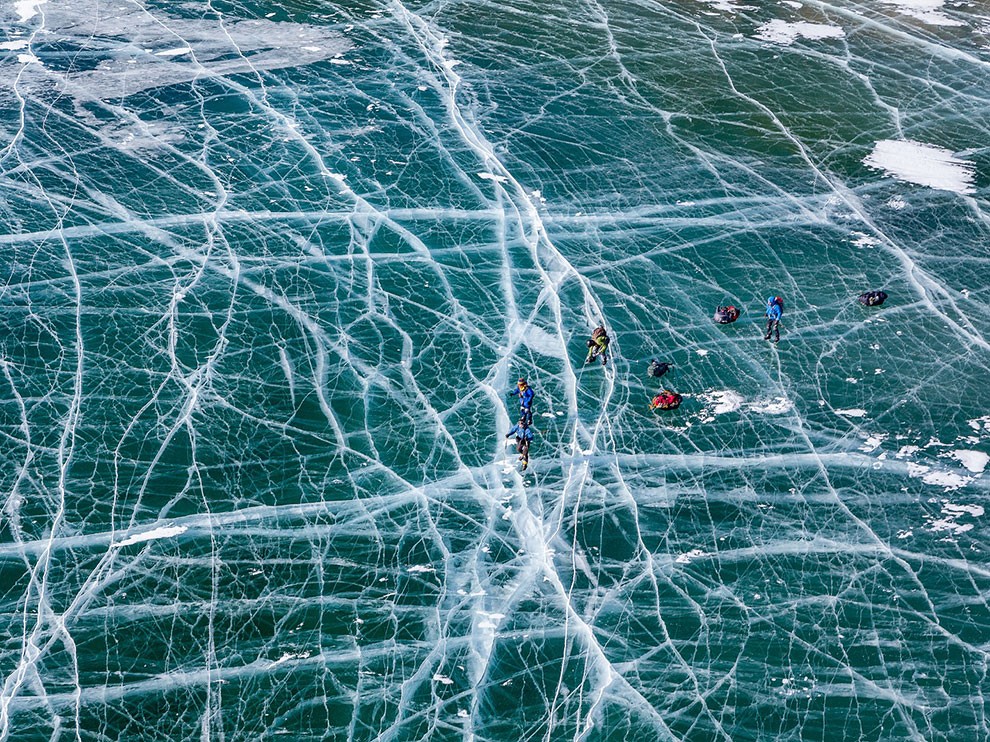 This photo was taken while ice-skating on Lake Baikal in Russia, says Evgeny Dubinchuk, who submitted it to the 2015 Traveler Photo Contest. “Baikal in winter becomes the biggest ice rink in the world, fully covered with small and huge cracks, resembling a spider’s web,” he says. “On the photo you can see small figures of skaters dragging loaded sledges behind.” (Photograph by Evgeny Dubinchuk) 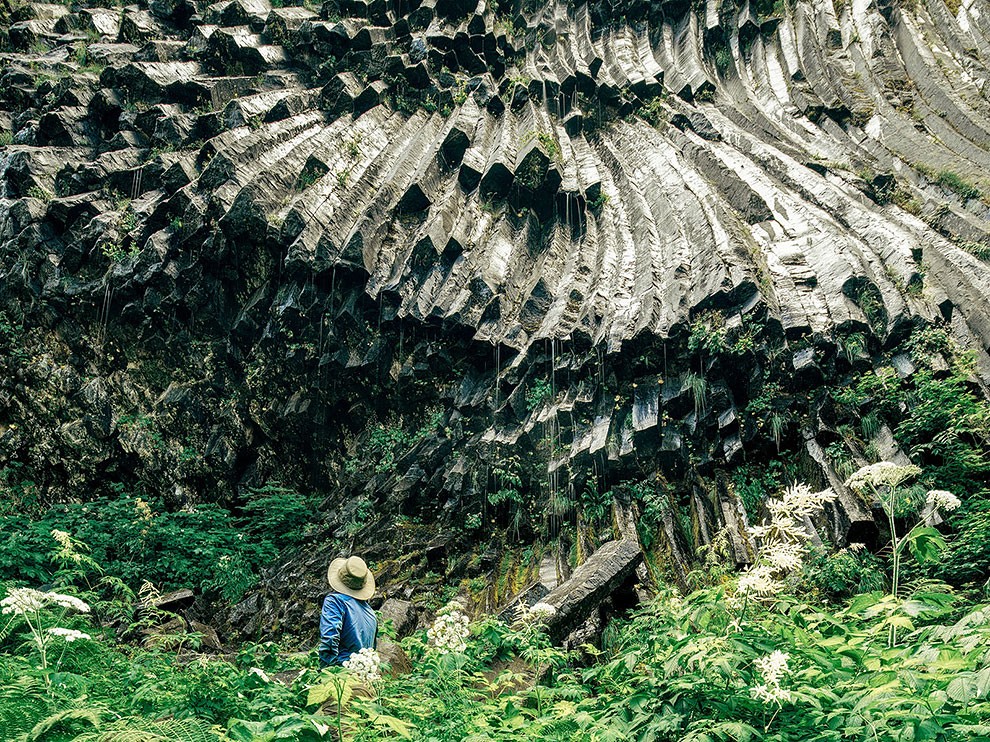 The huge columnar lava structure known as the Devil’s Pipe Organ dwarfs a hiker in Mount Rainier National Park. An active volcano, Mount Rainier has erupted thousands of times during its relatively young life of 500,000 to one million years. (Photograph by Tianjia Zhang) 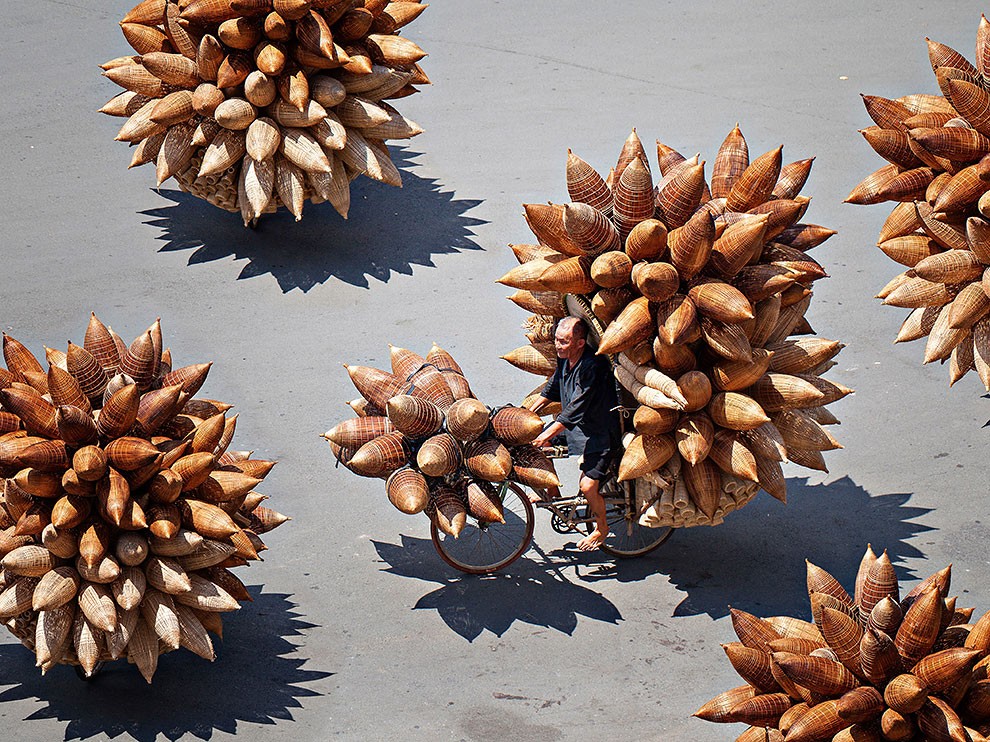 A fisherman heads off on his bicycle loaded up with fish baskets. The woven traps are baited and then set out to collect fish, eels, and crabs. (Photograph by Huynh Jet, National Geographic Your Shot) 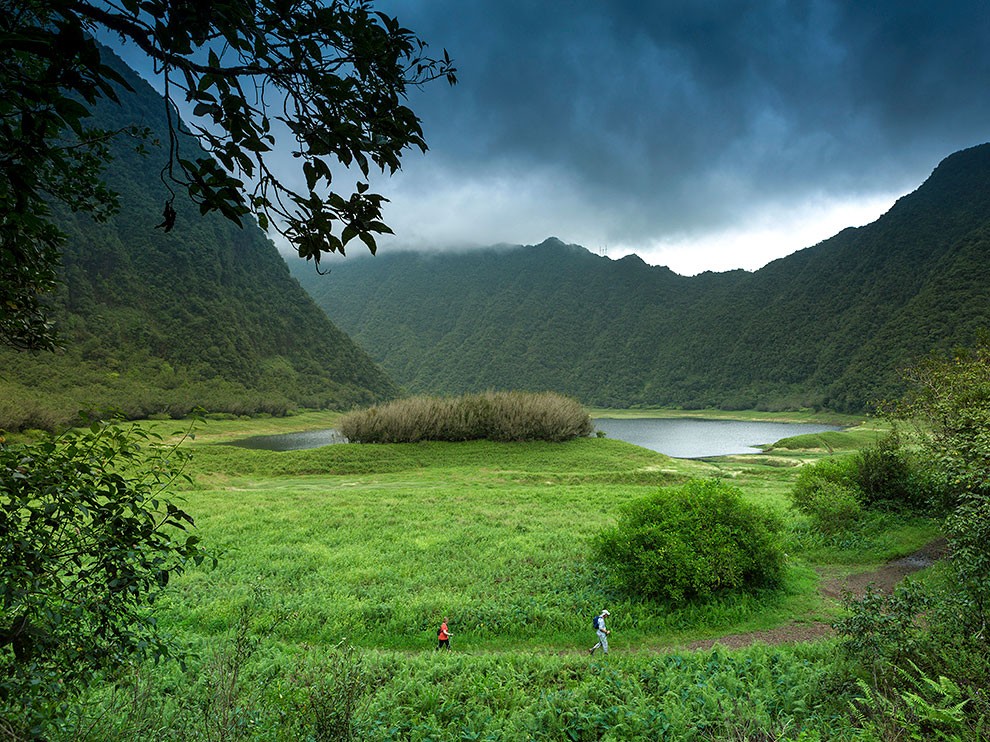 Under a stormy sky, hikers round a small lake in La Réunion National Park, located on the French island of Réunion in the southwest Indian Ocean. Added to UNESCO’s World Heritage List in 2010, the 247,000-acre park features dramatic, rugged landscapes and valuable ecosystems—including cloud forests, subtropical rain forests, and heaths—that are home to many threatened and endangered species. (Photograph by Spani Arnaud, Hemis/Corbis)

Underside of an Antarctica Iceberg 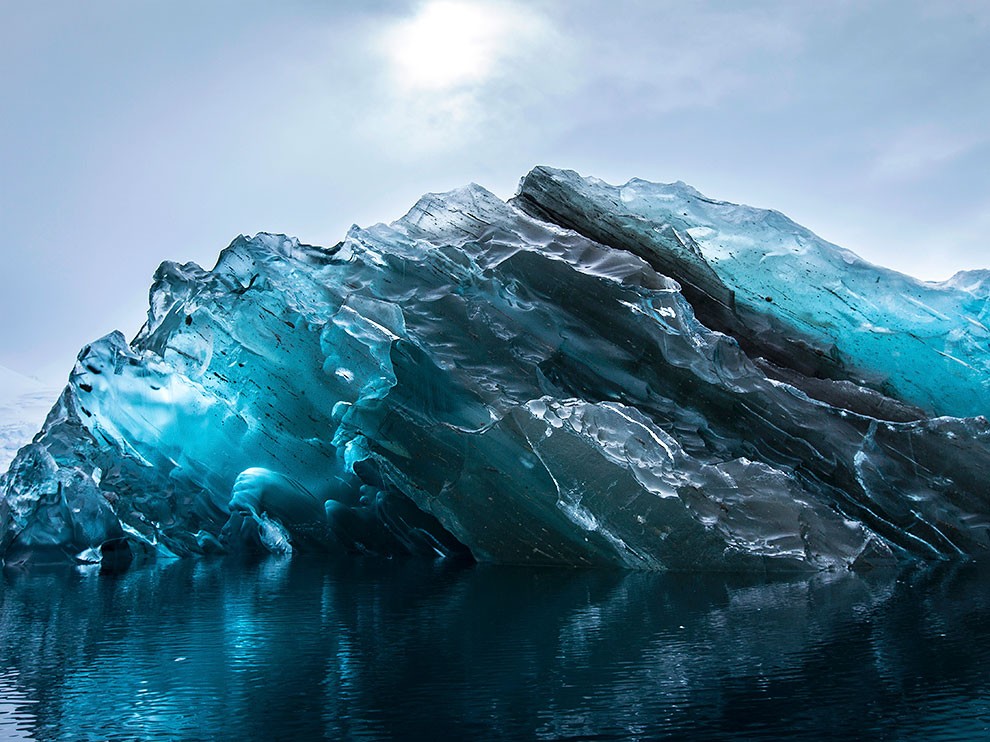 A passenger on a recent National Geographic Expedition to Antarctica took this rare photo of the vast underside of an iceberg. Alex Cornell, traveling in December with his family, was in a Zodiac boat when they neared the iceberg.

“We saw thousands of icebergs, of course, but only one revealed its gorgeous underside—the 90 percent below the surface you hear so much about,” he says. “Icebergs are typically white, like you see in pictures. This one had recently flipped over and had this arresting alien green color to it. It looked a lot more like a parked spacecraft than a floating iceberg.”

Cornell took this photo with a 16-35mm lens on a Canon 5D Mark II, but says anyone could have gotten the shot. “I was just lucky to be there to snap it,” he says. “It’s exciting to me that we can still be captivated by a picture of ice sitting in water—no exploding rainbows, grumpy cats, or backflips necessary.” (Photograph by Alex Cornell) 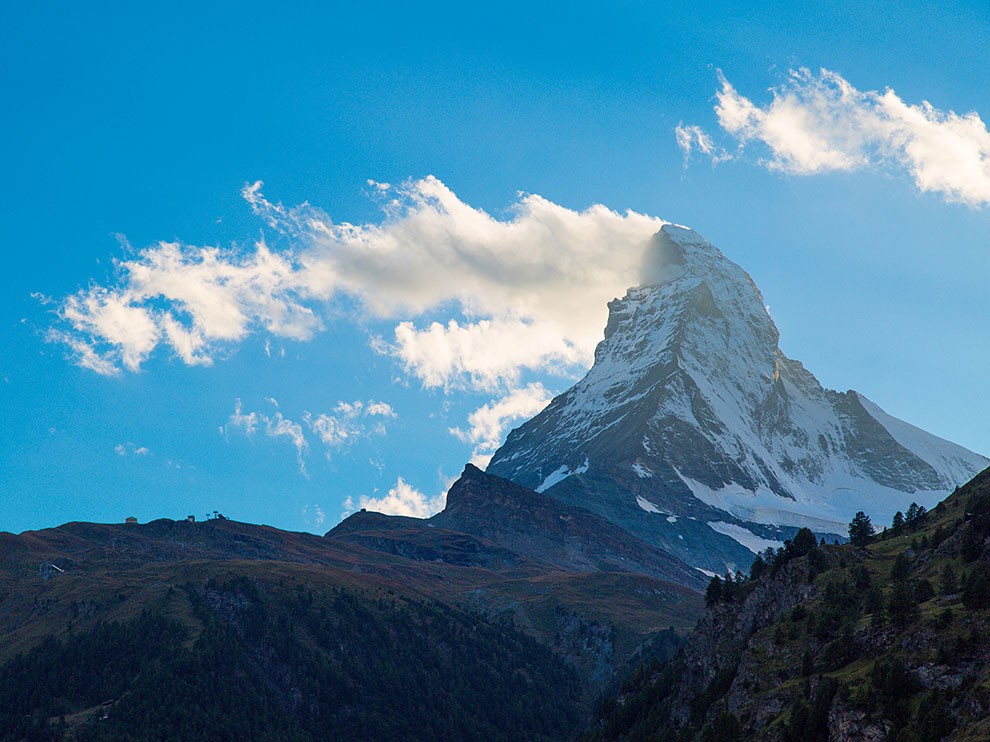 Switzerland’s most iconic landmark rises to a distinctive pyramidal peak above the town of Zermatt. First ascended in 1865, the Matterhorn is a popular destination for climbers, winter sport enthusiasts, and photographers. (Photograph by Susan Seubert, National Geographic) 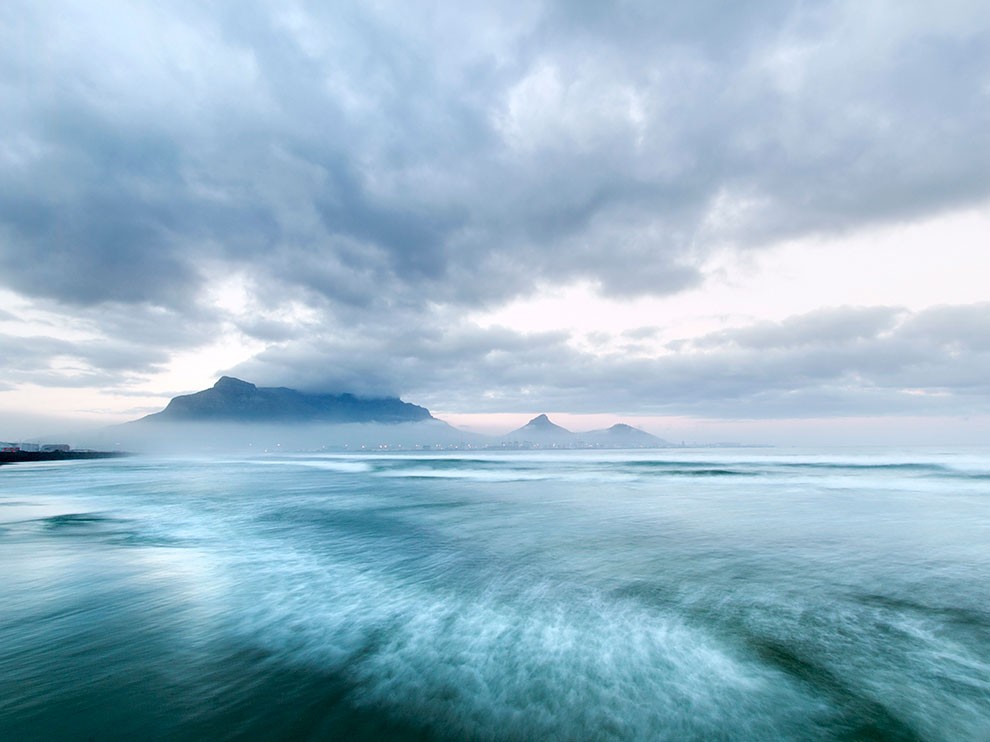 Blue-green waves sweep out to cloud-shrouded Table Mountain, the monolith that overlooks Cape Town at the southernmost tip of Africa. With rapid changes in the weather, the mountaintop is often covered by clouds—creating an effect known as the “tablecloth.” (Photograph by Bettina Schwarz, National Geographic Your Shot) 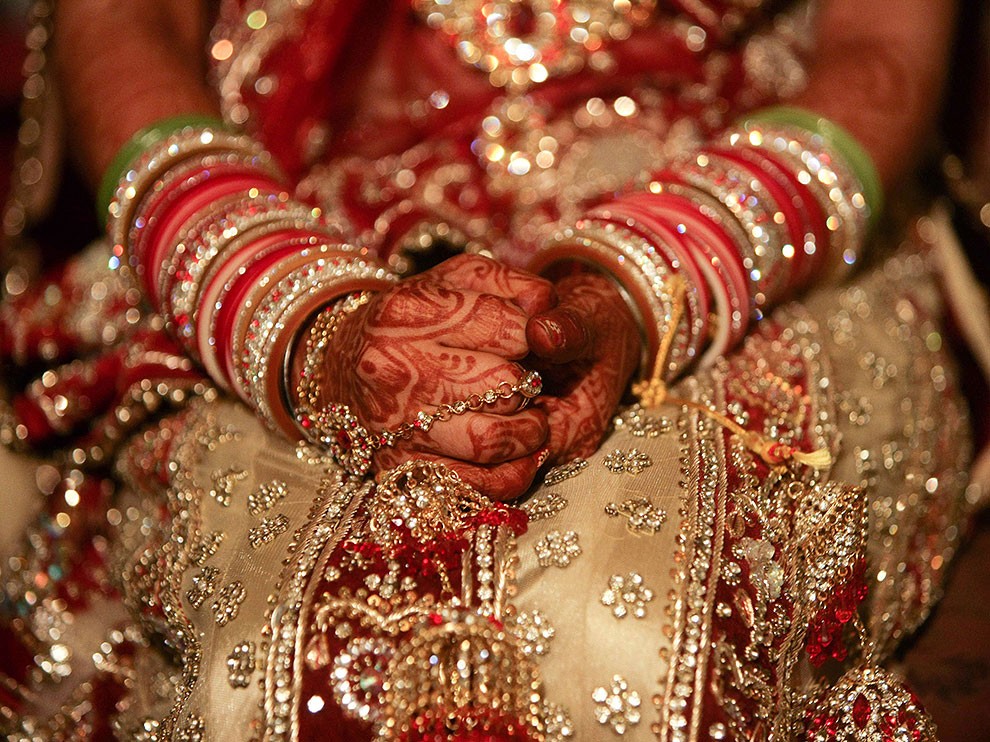 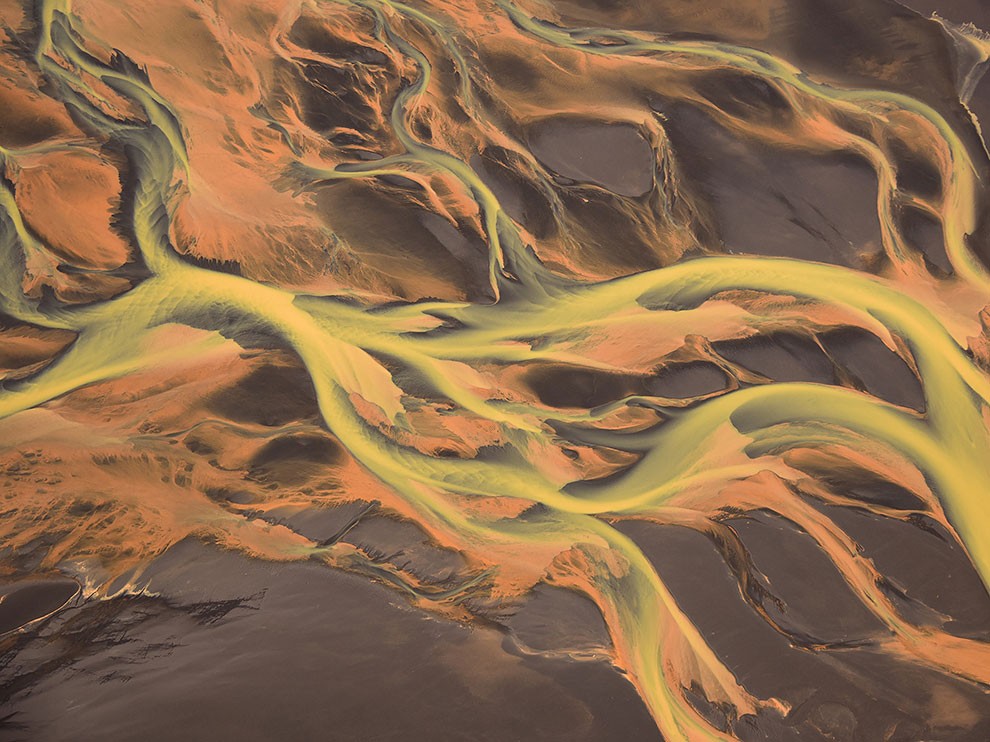 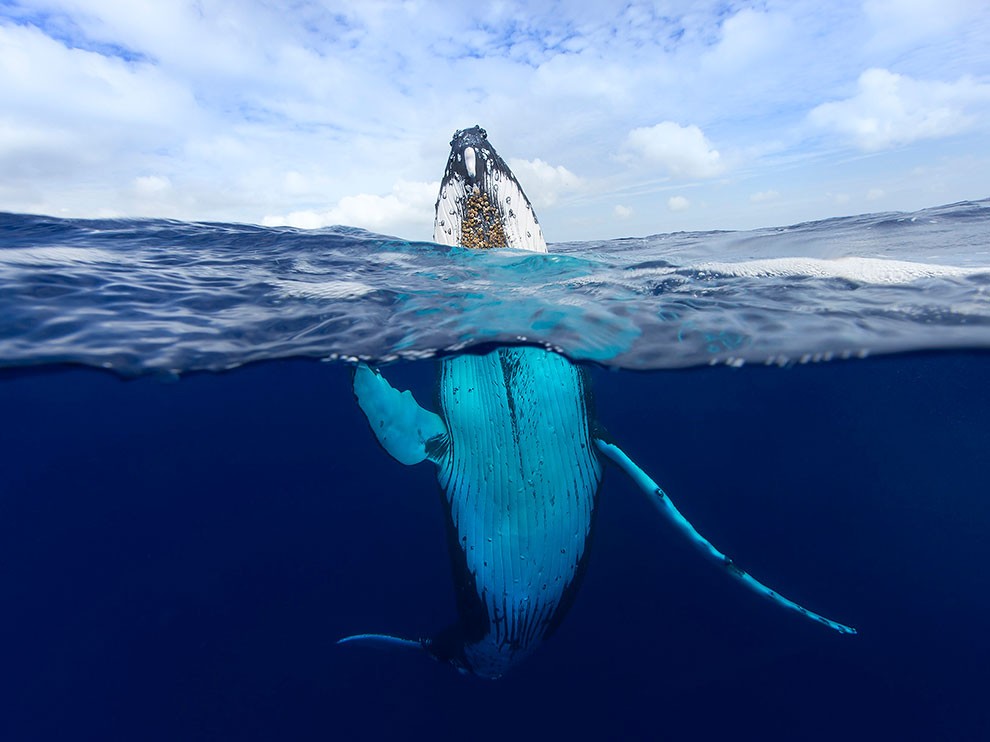 A humpback whale breaches in the waters around Tonga, a nation of 170 tiny islands in Polynesia. Humpback whales migrate north each year from cold Antarctic waters and spend five months among the islands here. (Photograph by Craig Parry) 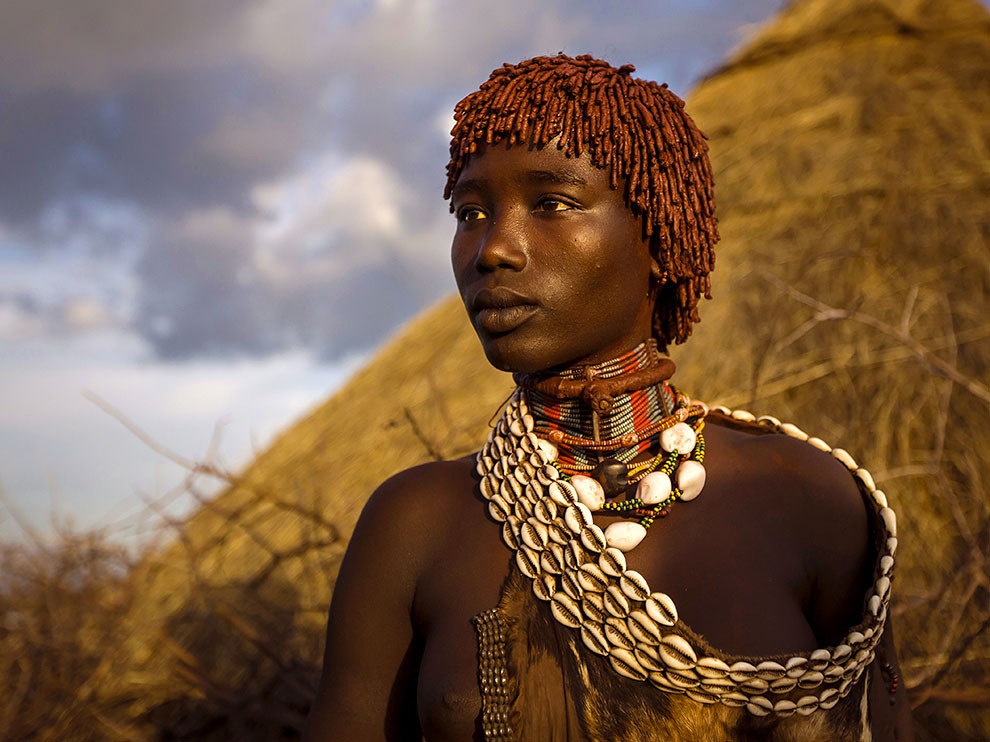 In southern Ethiopia’s Omo River Valley, the pastoralist Hamar people have thrived, becoming one of the region’s largest tribes. (Here, a Hamar woman wears her hair in traditional red-dyed braids.) For their success, the Hamar thank the rain, which feeds their cattle and crops. (Photograph by Yu Haoliang) 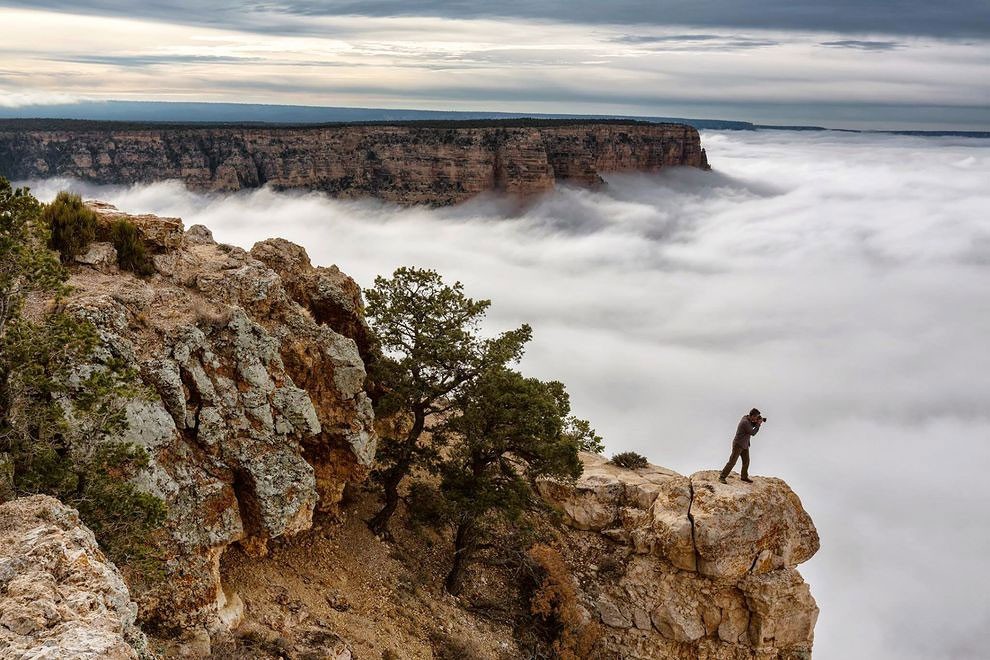 National Geographic photographer John Burcham shoots an unusual cloud cover at Grand Canyon National Park in Arizona. Nearly five million people travel here each year. So many feet have stepped cautiously to the edge of major overlooks that in places the rock has been polished smooth. But most of the park’s 1,904 square miles are maintained as wilderness. (Photograph by Harun Mehmedinovic, National Geographic Your Shot) 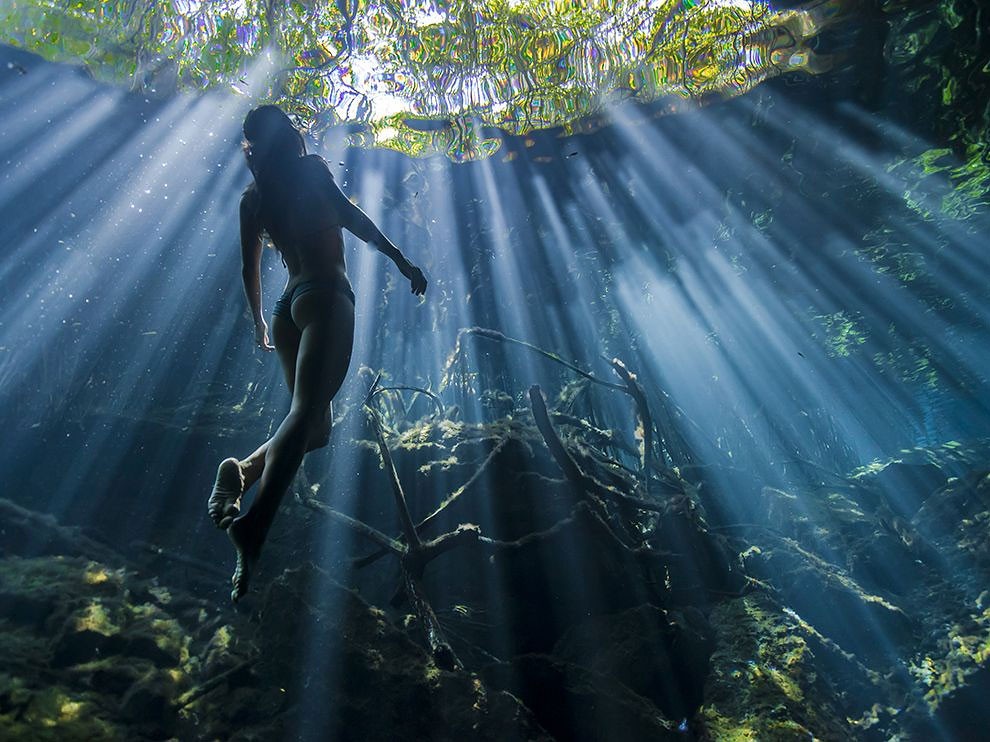 In Quintana Roo, Mexico, sun rays stream through the crystalline waters of Cenote Cristalino as a swimmer makes her way to the surface. These mystical swimming holes are actually sinkholes filled with freshwater. Ancient Maya believed them to be sacred passageways to the land of the dead. (Photograph by Christian Vizl, Tandem) 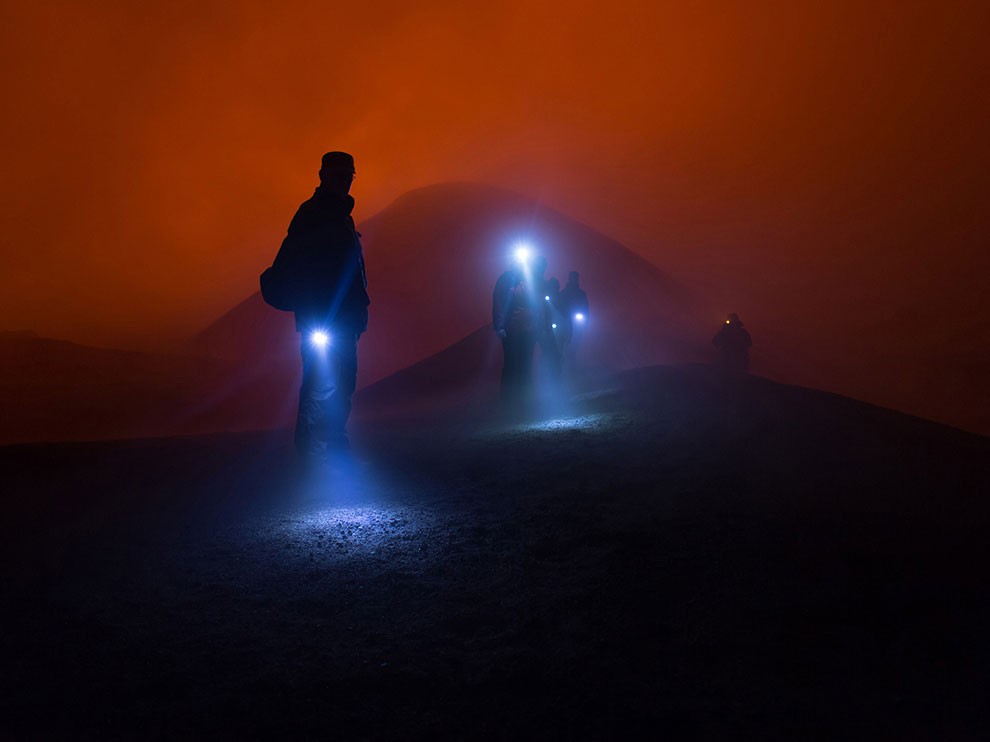 Flashlights and headlamps cut through the darkness on the active volcano crater Tolbachik in Kamchatka, Russia. Low clouds and lava combine to create the red atmosphere. (Photograph by Denis Budkov) 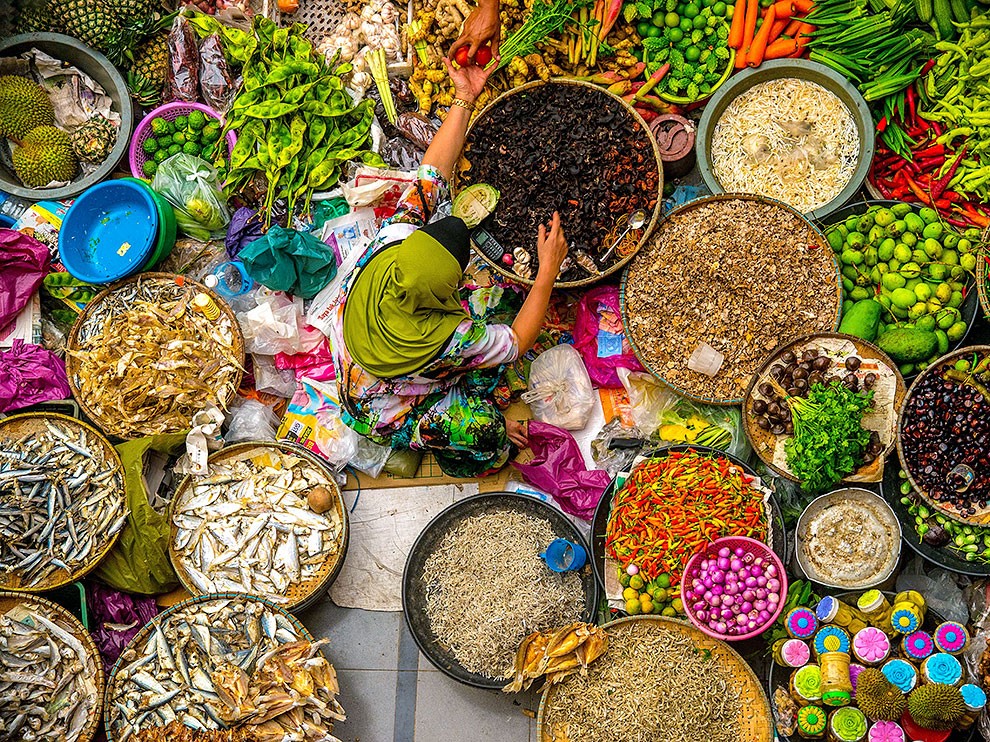 Fresh produce and baskets of fish surround a woman at the Siti Khadijah market in Kota Bharu, Malaysia. The city is close to the Thai border. (Photograph by Duratul Ain D., National Geographic Your Shot) 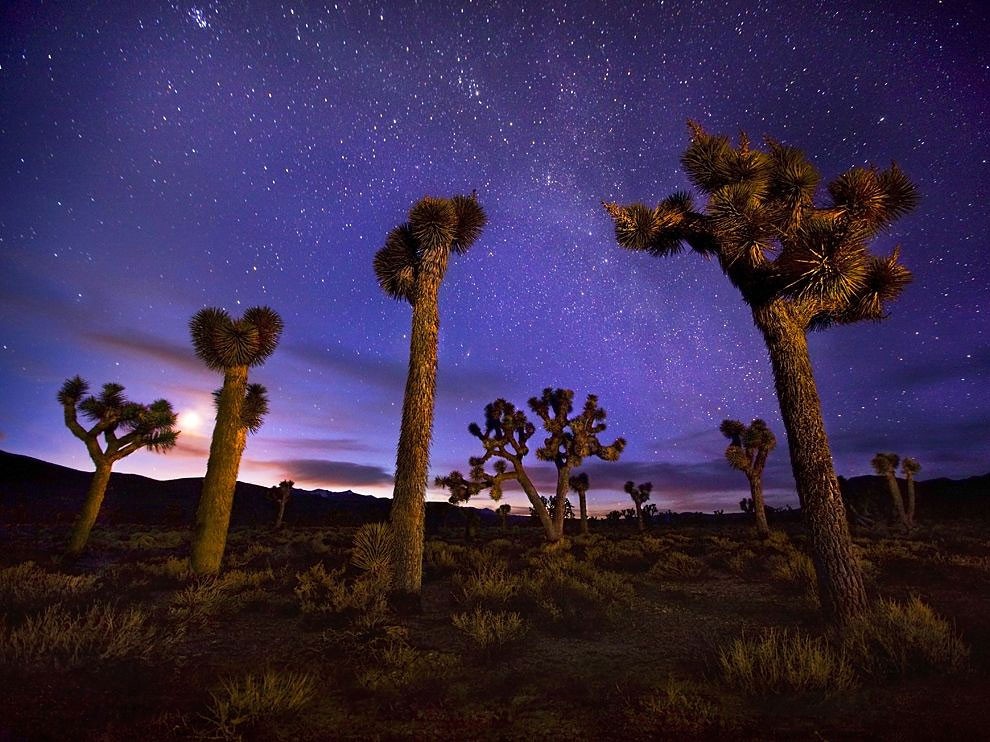 The Milky Way glitters over a stand of Joshua trees in Death Valley, California. The enchanting scene belies the harsh conditions here—the park got its name from a group of pioneers who became lost in the area and were sure they’d never survive the ordeal. (Photograph by Marc Adamus, Aurora Photos) 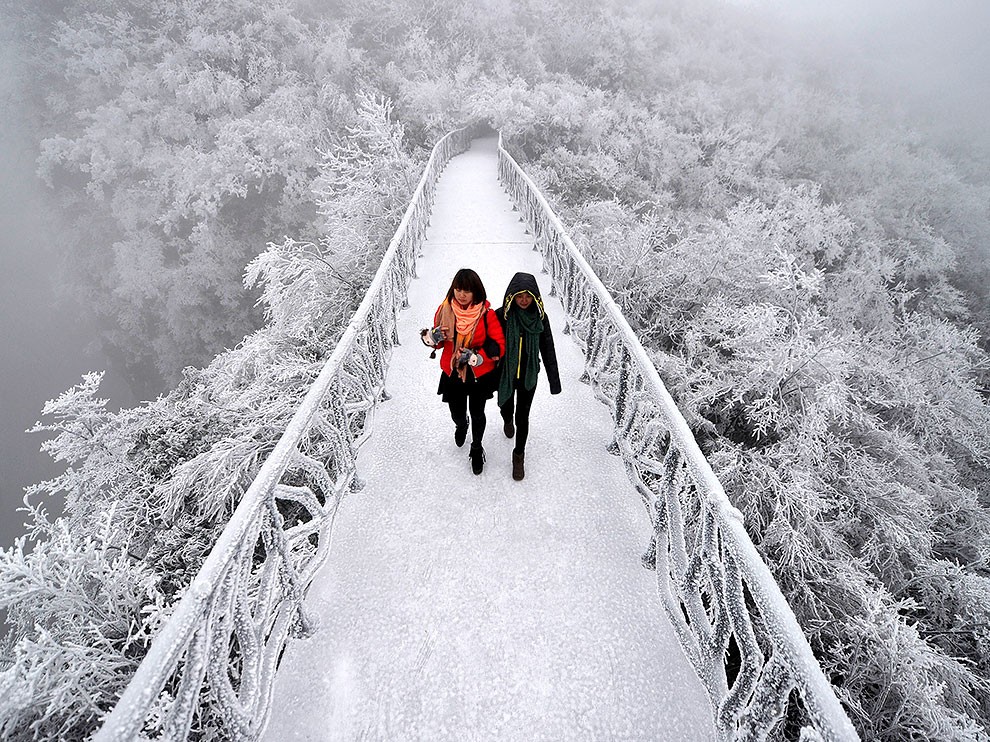 Frost rimes a walkway—and the greenery surrounding it—on Tianmen Mountain in Zhangjiajie, Hunan Province, China. The bridge connects with an all-glass walkway that hugs the mountain some 4,700 feet above sea level. (Photograph by Reuters)