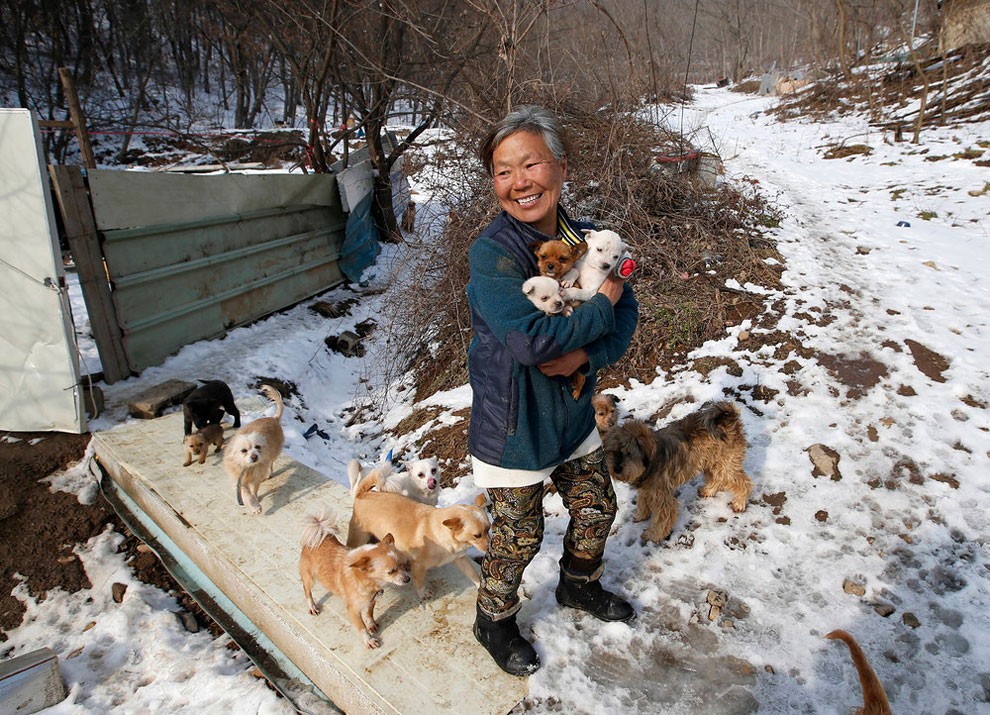 Jung Myoung Sook holds her puppies she rescued at a shelter in Asan, South Korea. In the country, where dogs are considered a traditional delicacy and have only recently become popular as pets, Jung’s love for her canine friends is viewed by some as odd. But others see her as a champion of animal rights.

Rescuing and caring for dogs for 26 years, Jung has moved seven times because of neighbors’ complaints about noise. She often stops to pick up dogs roaming the streets, and has bought others in danger of being sold to dog meat farms or restaurants. Some question whether someone as poor as Jung, who ekes out a living cleaning a store and collecting recyclable boxes, can feed and care for so many dogs.

While Jung’s dogs looked healthy and well-fed during a recent visit by The Associated Press, their condition couldn’t be independently confirmed. Supporters of Jung see her as a heroine, saving stray or lost dogs from being killed for food or euthanized at public shelters if not adopted or found by their owners. About 81,000 stray or abandoned animals, mostly dogs and cats, were sent to public shelters in 2014, down from 100,000 in 2010, the government said. Jung said she spends about $1,600 a month on food and medicine, and otherwise relies on donations of soybean milk, pork, dog food and canned meat. Family, friends and sometimes strangers send her money. (Photo by Lee Jin-man/AP Photo) 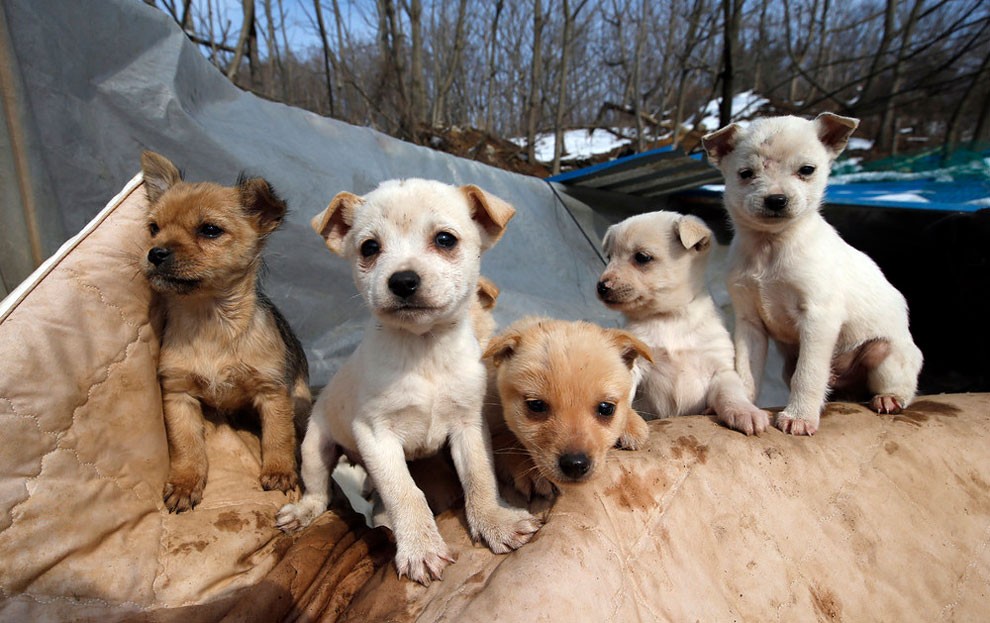 Puppies sit at a shelter owned by Jung Myoung Sook, 61, who rescued and sheltered dogs for 26 years, in Asan, South Korea. (Photo by Lee Jin-man/AP Photo) 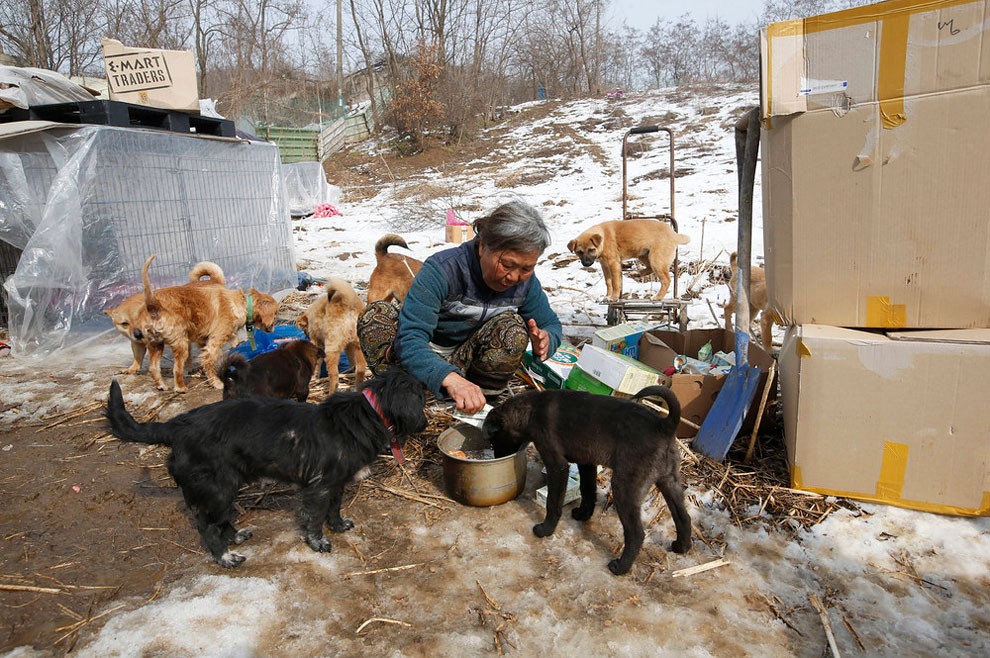 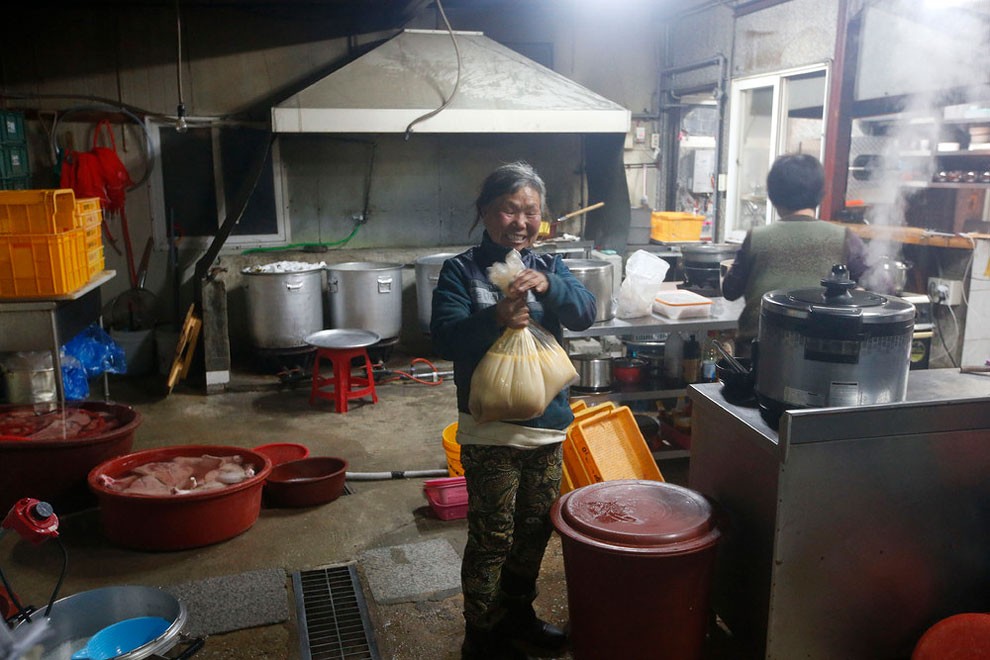 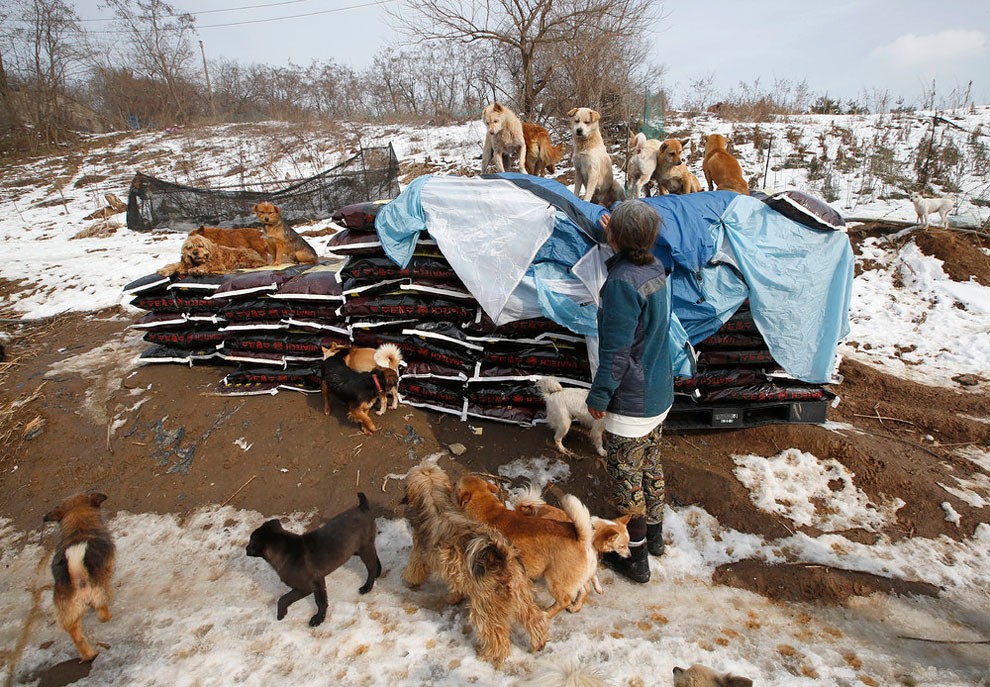 Giant Eyeball Found on the Beach
Canada Goose Nests on Downtown Milwaukee Bridge
Kitten Who Likes To Travel In A Backpack
Japanese Photographer Snaps Charming Scene Of Cats Playing On Cherry Blossom Tree
Nimbus, a 2-Month Old Clouded Leopard Cub
People Are Doodling On Snake Pics And The New Scenarios Are Hilarious
A Visit To The World’s Only Black-Cat Cafe
Little Girl and Her Best Friend Elephant, ca. 1980s
So You Can Buy a Fake Tongue To Lick Your Cat
Meet Rexie, The Cat-King Of Bleps And Tongue Tricks
Amazing Vintage Photographs Of Cat's Meat Sellers In London In The Early 20th Century
Photographer Cody Ellingham Captured These Stunning Series Of Images To Help Preserve The "Memories Of Shanghai’s Forgotten Streets"
When Dogs And Their Humans Become One By Isaac Alvarez
Stunning Vintage Photos Of Pets Wearing Gas Masks During The World War I
Finally, "Squid Game" Costumes For Your Pets
South African Academy Trains Anti-Poaching Dogs
Pandas Get To Know Their Wild Side
Rescued Dog Loses 35 Pounds Of Hair After Getting Its First Haircut In 6 Years
Wearing Futuristic Protective Suits, Washington State Crews Destroy First US Murder Hornet Nest
White Bengal Tiger Cubs in Novosibirsk Zoo
People Spend Quarantine by Making Tiny Crochet Couches For Their Cats
Want to Take Your Pet Fish for a Walk? There’s a Bag for That!
Russian Designer From St. Petersburg Makes Toy Cats And Photographs Them In The City
Photographer Captured The Expressions Of Animals In The Holiday Spirit
korean, raises, saved, streets, woman